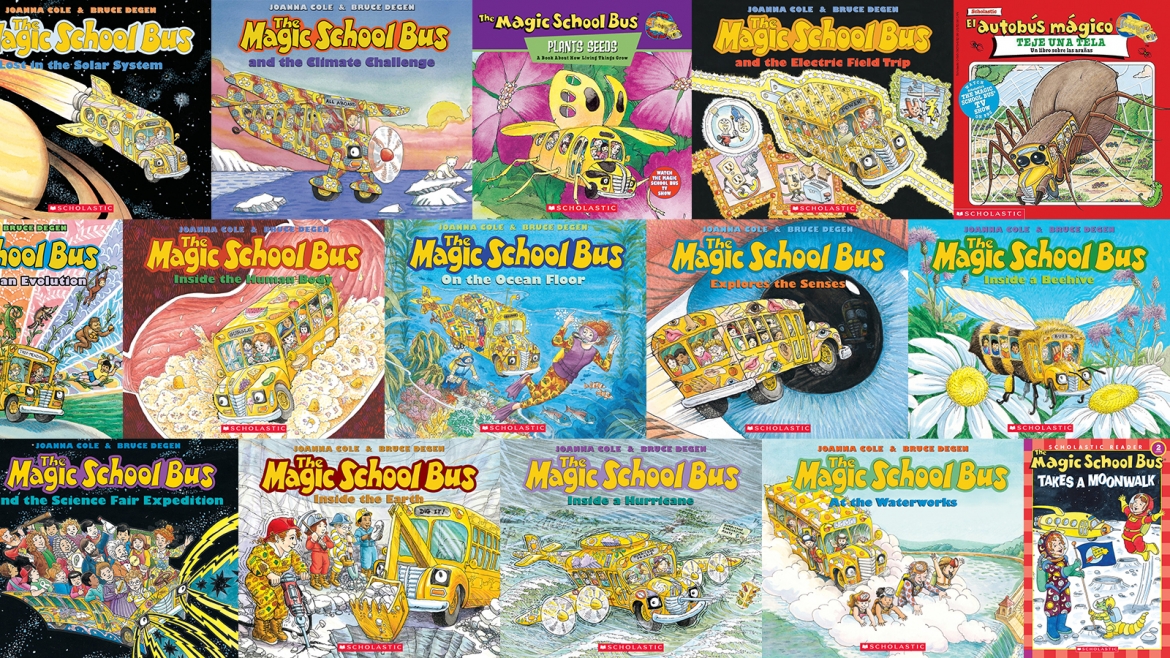 Ms. Frizzle creator leaves behind a legacy of learning

“The Friz” has stepped off the bus and is off on another adventure.

The prolific and award-winning writer died on July 12 at the age of 75 from idiopathic pulmonary fibrosis. Formerly a grade school teacher, Cole sold an astounding 93 million books in her lifetime.

But it was the PBS television series (1994–97) based on “The Magic School Bus” and an updated version on Netflix in 2017 that made her a household name and sustained her popularity. Question: The first “Magic School Bus” book was published in 1986. What made the book and subsequent series that followed so special?

Giorgis: Most science books for kids published during that time presented information, often by relating a litany of facts about the topic. “The Magic School Bus” books incorporate three genres — fantasy, realistic fiction and nonfiction — as well as humorous quips. Editors were initially concerned that mixing genres might be off-putting — not for children but rather for teachers and librarians who were accustomed to genre-specific books. Fortunately, the multigenre approach worked and continues to engage readers of all ages.

The design of “The Magic School Bus” books includes a storyline written in first-person narrative. There are thought bubbles and speech bubbles for characters’ conversations sprinkled across the pages. Students’ school reports appear in page margins and show scientific facts being learned. There is additional information displayed in the illustrations, such as on classroom posters. And jokes and puns are woven throughout the books.

In 1986, when “The Magic School Bus” books were first published, there wasn’t much diversity shown in children’s books. The goal of both Joanna Cole and illustrator Bruce Degen was to represent children in the real world, which included depicting diverse characters.

Q: Why has this series of books remained popular over the years?

Giorgis: “The Magic School Bus” books blend facts and story in a way that make science easy to understand and accessible to children. The books pose ideas and questions rather than just facts. The science-themed adventures grab kids’ attention as the beat-up yellow school bus transforms itself into a spaceship, a submarine or a time machine. Ms. Frizzle is that science teacher you wish you could have or wish you could be. She’s a bit wacky in her approach to teaching. The students in the story recognize the problems and propose possible solutions rather than Ms. Frizzle telling them the answers. Characters experience science firsthand and in doing so, they model attitudes, strategies and actions that readers themselves can turn into successful science learning.

Kids reading these books can envision themselves experiencing science vicariously through Ms. Frizzle’s amazing field trips. The format is attractive to young readers. While teachers and parents are often perplexed in how to read these books because of the varied genres, kids navigate through the pages with no difficulty because they pick and choose what captures their attention. And the books invite them to return again and again because there’s so much visual detail and textual information. Joanna Cole’s ingenious approach to writing a book about science that is entertaining, informative and magical will continue to engage readers’ interest and endure the test of time.

Question: What’s the challenge of reading books like “The Magic Bus” series, which has elements of fiction and nonfiction?

Serafini: “The Magic School Bus” series involves a blending of fictional and nonfictional elements used to engage young readers in the adventures of the main character, Ms. Frizzle, and teach them things about science and the world around them.

The blurring of the boundaries between fiction and nonfiction means more to educators than helping librarians decide where to house books in the library. This blurring also means that the lines between the elements of narrative and the structures of expository texts are being blended together in unique ways. Young readers are quite adept at distinguishing the fictional adventures and the facts about science set apart in the sidebars of these picturebooks.

Although these books offer the reader what may be considered factual information, they also utilize narrative and fictional elements. Genres in children’s literature are constantly evolving and redefine the boundaries and distinctions of fiction and nonfiction previously recognized. As picture books expand in complexity they will present young readers with more challenges in navigating the differences between the real and the imaginary. 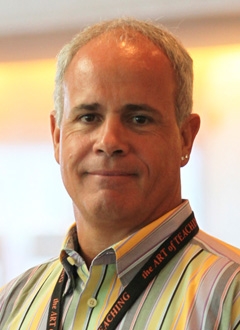 Q: Cole’s books have sold 93 million copies worldwide. How extraordinary is that for a children’s author?

Serafini: In today’s world of children’s literature, it is unusual for a picturebook series to sell millions of copies. Series like “Harry Potter”, “Diary of a Wimpy Kid”, “The Babysitters Club” and “Percy Jackson and the Olympians” have dominated the sales of serial narratives. Beginning in 1986, “The Magic School Bus” series became one of the best-selling franchises in Scholastic publishers’ history until “Harry Potter” outsold them.

The series focused on elements of the natural world and allowed Cole to continue to develop new stories about things she felt children were interested in. Cole tapped into young readers curiosity about the world around them and developed numerous books to inform them about how the world works.

Dorn: The original show’s episodes were based only partly on the books. Joanna Cole had published six "Magic School Bus" books by the show’s first season in 1994 out of more than 80 books at that point in her career. But each season of the show had 13 episodes! So while the first broadcast episode was taken from one of the books, the show had to create storylines that Cole had never written. Many of the episodes later became part of the book series if in a different format from the first books, and the children’s publisher Scholastic started rolling out so-called show tie-in books beginning in the mid-1990s. The 52 episodes of the 1990s show created a huge market for all of the books, making them even more popular.

There are some elements in the books that couldn’t appear in the show: all of the details in Bruce Degen’s illustrations and the nonfiction afterword at the end of each book. But the animated show carried the spirit of the book series — an invitation to adventures in science through story. The show faithfully used Degen’s drawing as a model, adding a kinetic animation style for Ms. Frizzle, her pet lizard, and especially the bus itself. Lily Tomlin earned a daytime Emmy for her performance as Ms. Frizzle, and rightly so. (When Netflix rebooted the series a few years ago, Tomlin was recast as Valerie Frizzle, now with a PhD and passing the classroom responsibilities to her younger sister Fiona, voiced by Kate McKinnon.) 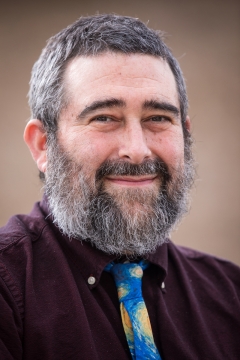 Q: How was the show different from other children’s shows of the 1990s?

Dorn: It was public television about science, written for children and available to everyone in the country.

In the 1990s, children’s television was dominated by cable, with children’s programming channels carried to more than half of American households: Discovery Channel, the Learning Channel, the Disney Channel, Nickelodeon, and Animal Planet. Some of that programming was educational, like "Beakman’s World," but even the best cable shows reached largely middle-class families that could afford cable. What was available universally to elementary-aged students? A few educational shows were available to everyone in the 1990s, most famously "Reading Rainbow, Arthur" — and "The Magic School Bus."

"The Magic School Bus" was also one of a small handful of public television science shows in the last century broadcast for children and supported in part by the National Science Foundation, along with "3-2-1 Contact" and "Bill Nye the Science Guy." Other science television shows at the time had larger budgets and a more polished look, like Carl Sagan’s "Cosmos" series and especially "NOVA." But those shows were aimed at adults. In retrospect, the country missed a huge opportunity at the time to encourage schoolchildren’s interests in science, and "The Magic School Bus" was in many ways an exception to the generally mediocre children’s television of its era.

Arizona State sophomore quarterback Jayden Daniels was named to watch list for the 84th Maxwell Award as announced by the Maxwell Football Club on Friday. The award is presented annually to the most outstanding player in college football. ... Arizona State sophomore quarterback Jayden Daniels was named to watch list for the 84th Maxwell Award as announced by the Maxwell Football Club on Friday. The award is presented annually to the most outstanding player in college football.