'Protect 30% of the planet for nature,' scientists urge in new report

In an independent report published this week, an analysis from over 100 experts finds the benefits of protecting 30% of the planet outweigh the costs by a factor of at least 5:1.

The report, titled "Protecting 30% of the planet for nature: costs, benefits, and economic implications,” represents the first multisector analysis assessing the global impacts of terrestrial and marine protected areas across the nature conservation, agriculture, forestry and fisheries sectors. It is the most comprehensive global assessment of the financial and economic impacts of protected areas ever completed. The report’s main finding is that protecting at least 30% of the world’s land and ocean provides greater benefits than the status quo, both in terms of financial outcomes and key nonmonetary benefits including ecosystem services such as climate change mitigation, flood protection, clean water provision and soil conservation. That percentage of protection generates economic benefits from these “public goods” averaging $350 billion annually and leads to increased economic output averaging $260 billion annually by 2050. Encouragingly, this protection would require just 0.16% of the global GDP, which is less than one-third of the government subsidies currently directed to activities that destroy nature.

“There’s a misconception that we either can protect our planet or we can have economic growth, but in fact, it’s not an ‘and/or’ dichotomy," said Greg Asner, co-author of the study and director of the Arizona State University Center for Global Discovery and Conservation Science. "This report, based on input from over 100 economists and scientists, refutes the argument that achieving 30% protection of the Earth’s surface by 2030 requires unrealistic economic costs. Expanding protected areas to 30% actually generates higher overall revenues while also mitigating very real economic risks of climate change and biodiversity loss. It’s imperative that we do both.”

The researchers also highlight the key conservation roles played by Indigenous peoples and local communities to achieve these goals. With an appropriate right and governance framework, the report estimates that achieving 30% protection could lead to an increase of roughly 80% of the formal recognition of IPLC contributions to global land stewardship. The researchers note that effectively implementing increased protected areas will require local compensation and support as well as financial assistance to low and middle-income countries.

Based on the report, the Campaign for Nature recommended a number of policies such as increasing long-term funding of protected areas from all sources, including social development assistance, philanthropies and corporations through a wide range of financial mechanisms. Investments in protected areas will have to increase to an estimated $140 billion annually from the current $24.3 billion by 2030.

The researchers also call for governments, businesses and philanthropies to recognize nature conservation as a key sector of a resilient global economy, capable of driving economic growth while also providing life-sustaining benefits to people, such as reducing the risk of pandemics and alleviating poverty. Through policy changes and financial investments, governments, businesses and philanthropies can support the goal of 30% protection of land and sea by 2031 and halt the collapse of biodiversity.

As ASU students prepare to head back to campus for the fall 2020 semester, we break down the details of the new learning environment called ASU Sync and how it is different from both iCourses and ASU Online.ASU Sync and iCourses are offered to those enrolled as on-campus students. The easiest way to tell the difference is to look at the Location column in the course catalog, ASU Class Search. I... 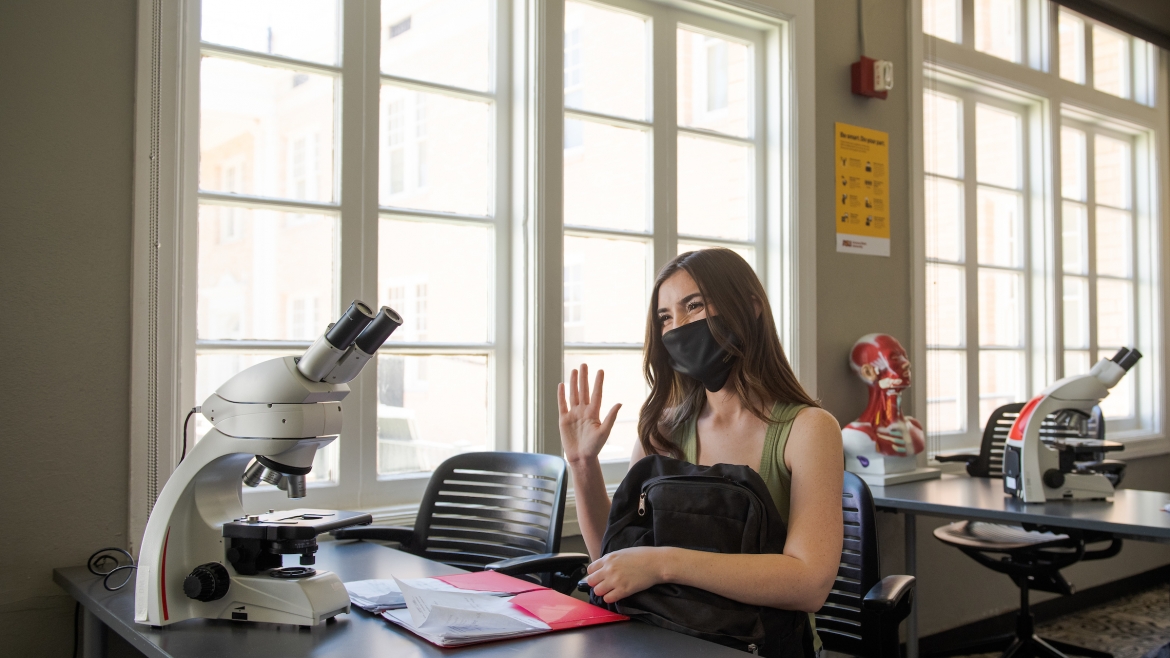 As ASU students prepare to head back to campus for the fall 2020 semester, we break down the details of the new learning environment called ASU Sync and how it is different from both iCourses and ASU Online.

ASU Sync and iCourses are offered to those enrolled as on-campus students. The easiest way to tell the difference is to look at the Location column in the course catalog, ASU Class Search. In-person classes (which ASU Sync is part of) will list a physical classroom; iCourses will have "iCourse" as their location.

Learn more about each learning experience below.

ASU Sync combines live Zoom lectures with in-the-classroom instruction. Students enrolled in in-person classes will attend classes both in person and via ASU Sync (Zoom). Sometimes students will need to attend class via ASU Sync for distancing reasons (keeping classrooms below a certain capacity), and other times students will utilize ASU Sync for health concerns or because they cannot be on campus due to travel restrictions.

The overwhelming majority of in-person courses will have an ASU Sync option (the exceptions are explained below); ASU Sync is already built-in, with no need to "opt in" for it. Students will access the ASU Sync option from their My ASU course list; the week before classes begin, each class listed under View My Schedule will have buttons next to them that allow students to launch a live ASU Sync session.

Things to know about ASU Sync:

MORE: Register for upcoming webinars or watch previous ones on the ASU Sync page

These courses are designed to be taken entirely online, for the duration of the semester. They feature recorded lectures and other content, which students can watch and utilize on their own schedule.

Over 2,400 iCourses are available. On-campus students can find and register for an iCourse by filtering by campus location in ASU Class Search. The link to the online coursework will be available via the class list on My ASU.

Things to know about ASU Online: 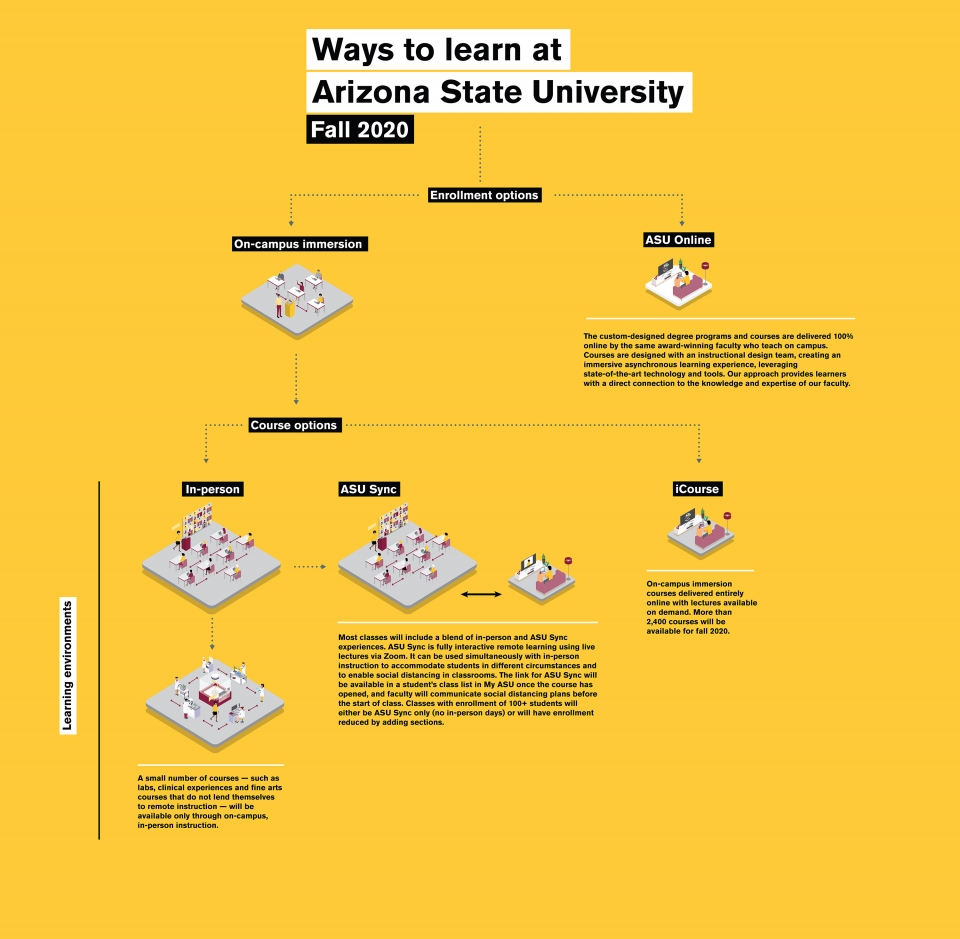 See full-size, zoom-able PDF of the above graphic.