Not many can say they had the opportunity to travel the world while earning their bachelor’s degree. As a competitive triathlete, recent Arizona State University graduate Duncan Reid traveled everywhere from Ecuador to Kazakhstan while studying political science in the School of Politics and Global Studies at The College of Liberal Arts and Sciences.

Reid was one of the first members of Project Podium, a USA Triathlon program based at ASU designed to train and prepare male athletes to achieve Olympic success. His aspiration to represent the United States in the Olympic Games was inspired by his father who works as a journalist covering the Olympics. Reid said the stories he heard and the people he met through his father’s career pushed him to take his passion for cycling, swimming and track to the next level. 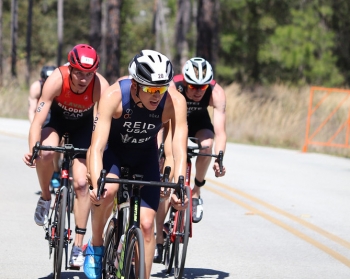 During his time in the Project Podium program, Reid said one of the highlights for him was representing the United States in the aquathlonAn aquathlon is a multisport race consisting of continuous run and swim elements. Competitors complete a swim immediately followed by a run over various distances. at the 2019 World Beach Games in Doha, Qatar.

Although the COVID-19 pandemic put his traveling and competing on hold, Reid successfully completed his degree in spring 2020 and continues to train with the goal of one day competing in the Olympic games.

“The last two years have shown me that it is possible for me to at least compete at the level where I'm in contention for the Olympics,” Reid said. “However, this time has required a lot of adaptation. I think competing and training for triathlons kind of helped with that because a lot of times you have to adapt. Whether it be because of the weather or things not being where they're supposed to be. I've been just trying to make the most of it and look on the bright side of things.”

He shared more about his experiences at ASU and how he learned to balance academics and athletics.

Question: What was your “aha” moment, when you realized you wanted to study political science?

Answer: I’ve always been really interested in political science and have had a passion for law. Throughout my education, in high school and in my first year of college I was always active on political campaigns. I've interned for two state assembly campaigns in California and some local political campaigns as well. It's just always been a passion of mine and I also see a lot of parallels between triathlons and the campaign side of politics because it is a competition and you can apply a lot of the skills that you need for the sport to campaigning.

A: ASU helped me to learn how to apply my interest and knowledge in politics to the research side of things. Like how to write a paper and fully form a research project and end up with something that's publishable. That was a key part of my ASU experience. For my thesis project (in Barrett, The Honors College at ASU) I charted the growth in the Office of the Solicitor General because it's a relatively new phenomenon in political science. There wasn't a lot of preexisting literature on the subject so I was able to do real research and talk to people who are involved with the office and now I'm in the process of getting it published in a journal. Being able to write something at that level and hopefully get it published is an experience that I had at ASU that I probably wouldn't have had at any other college.

Q: Did you encounter any challenges coming to or while attending ASU? If so, how have you overcome them?

A: The main challenge for me was balancing a high academic load with travel and the demands of competition on the triathlon side. I remember once there was a race in Ecuador in 2018 where we raced Sunday afternoon, got on a plane on Sunday night, came back to America Monday morning and then I was in class Monday afternoon. There was a lot of that but I was really lucky to have professors that went out of their way to help. Not everyone gets to travel the world and go to college at the same time and have the resources to make both work. I’m really grateful I was able to have that experience and that I was given that opportunity.

Q: Which professors taught you the most important lessons while at ASU?

A: Professor (Valerie) Hoekstra was my adviser and she really helped me take my ideas and turn them into a research project. She taught me to write a paper that will add something new to the subject. For me, that was a totally different kind of learning experience. Also Professor (Adam) Rigoni in The Honors College made really dry topics really fun to learn and Professor (Stefanie) Lindquist took time out of her busy schedule to help me complete my thesis at a high standard.

Q: What are your plans after graduation and into the future?

A: I'm going to try to compete in triathlons full time and see how that goes. My goal is to do that through the 2024 Olympic cycle. Beyond that, I’d like to go to law school and pursue a career in law.

How do we keep the moon unspoiled?

After the gold rush of the 1850s, the Sierra Nevada foothills in California looked like giant moles had attacked. Thousands of mine shafts pocked the landscape. Hydraulic mining devoured hillsides and sent tons of silt into rivers and lakes. Forests went under the axe, denuding hillsides. Millions of pounds of mercury were used to leach gold from ore. To this day, it’s unsafe to eat fish caught ... 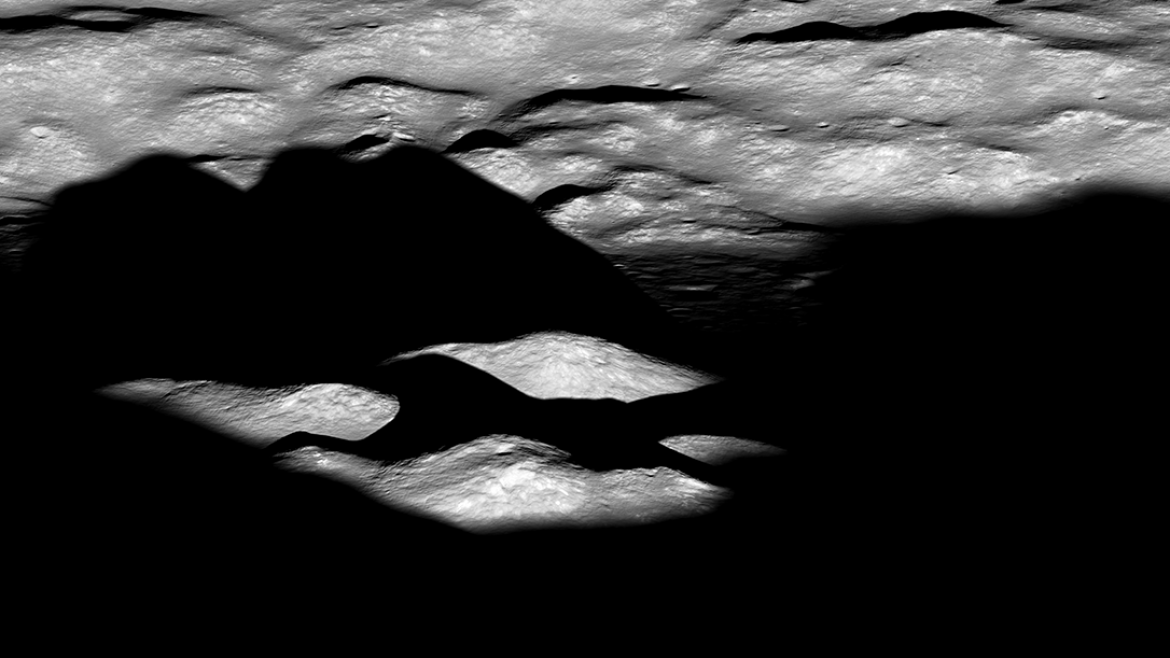 How do we keep the moon unspoiled?

After the gold rush of the 1850s, the Sierra Nevada foothills in California looked like giant moles had attacked. Thousands of mine shafts pocked the landscape. Hydraulic mining devoured hillsides and sent tons of silt into rivers and lakes. Forests went under the axe, denuding hillsides. Millions of pounds of mercury were used to leach gold from ore. To this day, it’s unsafe to eat fish caught in certain areas.

This is exactly what space officials want to prevent when we begin to colonize the moon in a few years.

That was the topic of “Planetary Protection and Lunar Activities,” a panel discussion held Thursday and co-hosted by Arizona State University’s Interplanetary Initiative.

The salon was part of the Moon DialogsThe project is a collaboration between Open Lunar Foundation, Secure World Foundation, the MIT Space Exploration Initiative, Arizona State University's Interplanetary Initiative and For All Moonkind. series, which seek to cultivate thought leadership on lunar surface coordination mechanisms to accelerate a peaceful and sustained presence on the moon.

Planetary protection is the protection of space and celestial bodies from contamination from terrestrial life forms (or from bringing back anything nasty to Earth; we’ve all seen the movies.)

The discovery of hundreds of millions of tons of water ice on the moon a few years ago changed everything. NASA is changing its thinking on how to go to the moon. “Forward biological contamination” is what they want to prevent.

“With Mars we have to worry about backward contamination as well,” Bridenstine said. “All of a sudden it becomes more challenging to go to Mars with humans. … We as an agency need to strike a balance.”

Humans need to go to Mars, but the planet must also be protected for scientific research. It would be a huge disappointment to go there and discover life, only to realize it hitched a ride from Earth.

“As we learn more, we’re going to have to continue to make adjustments,” Bridenstine said.

The moon will be divided into two categories, he said. Category One will have very little requirements on contamination. That will cover most of the moon.

Category Two will cover certain areas, namely the permanently shadowed regions — basically the poles — with lots of water ice that need to be protected. You can go there, but you have to be really careful to inventory all the biology that will be going along, including on the spacecraft.

There needs to be a balance between commercial, science, and human exploration needs in space. Mars “is a world where we all need to be working together to achieve the best outcomes,” Bridenstine said. We simply don’t have enough information on either Mars or the moon to know where we can go and can’t.

Space becomes developed by legal structures that provide certainty, Bridenstine said. “What we don’t want to do is create uncertainty.”

Mike Gold is the NASA acting associate administrator for the Office of International and Interagency Relations.

“Precedent is important, and we have to establish the right precedent,” Gold said.

There is no weathering on the moon. Unlike a beach where the ocean wipes away the day’s footprints, any scar will last forever. Scars from Gen. Patton’s tanks still mar the Mojave desert where they trained for World War II 80 years ago. And what about protection from garbage and debris?

“We really have to stretch our imaginations,” said panelist Lindy Elkins-Tanton, planetary scientist, principal investigator on the Psyche mission and managing director of ASU’s Interplanetary Initiative.

“What if there’s evidence of life on the moon?” Elkins-Tanton said.

We don’t know how life arose in this one spot — Earth. It may have arisen on a body like the moon. The precursors of life may be hidden on the lunar surface. All the more reason to protect it.