As public attention has turned to systemic inequities in institutional cultures like those in police forces, medical care, school systems and food production, some researchers at Arizona State University are turning their attention to academic culture to explore how researchers might embody more equitable research practices. “Our goal in the series is to showcase alternative approaches to research as a way of imagining the academy differently, as a way of addressing harmful divisions and hierarchies, and as a way of moving toward more just possibilities,” Marquez said. “The series invites scholars to reflect on how, as researchers, we may better embody the kinds of reciprocal relations we talk about in theory."

Genovese and Marquez are both researchers on an ASU interdisciplinary research project, “Beyond Secularization: A New Approach to Religion, Science and Technology in Public Life,” funded by Templeton Religion Trust. The project, housed in ASU’s Center for the Study of Religion and Conflict, is led by Ben Hurlbut, School of Life Sciences associate professor; Gaymon Bennett, School of Historical, Philosophical and Religious Studies associate director of research and associate professor; and Hava Tirosh-Samuelson, Regents Professor of history, Irving and Miriam Lowe Professor of Modern Judaism, and director of Jewish studies.

“Anthropologists and other humanities scholars often critique the way that academic practices are embedded in Western knowledge systems, for example, dividing the study of art or religion from science," says Marquez, "but have been less inclined to reflect on how our relations with one another and our collaborators may also be entangled in those divisions and hierarchies.”

This is the first guest series hosted by Footnotes, an editorial collective that explores questions of whose knowledge and what kinds of knowledge “count” in academia. According to Genovese, a doctoral candidate in the School for the Future of Innovation and Society who helped found the blog two years ago, Footnotes was formed to examine the ideas and values that frame how academic research is taught and practiced and to develop new frameworks and practices for more equitable academic research.

“A key aim of the collective is to shed light on how academic gold standards are upheld through funding structures, hiring practices, tenure and promotion processes, curricula design, assessment practices and peer review,” Genovese said.

“These institutional mechanisms form an overall economy that creates hierarchies, rewarding some ways of knowing while penalizing others, or at least making them more difficult.” 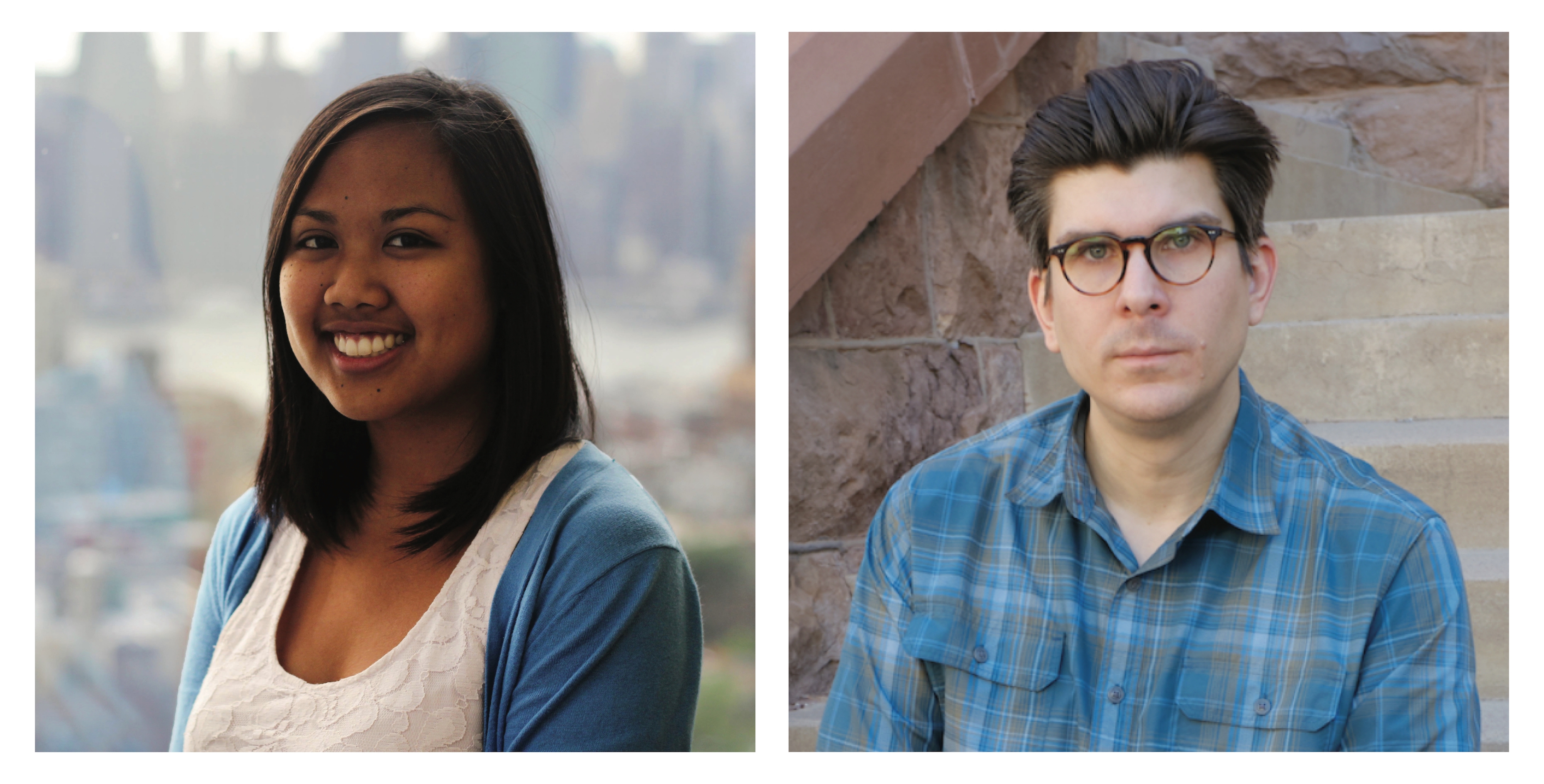 Organized as a collaborative laboratory or “CoLab,” the project focuses on the ways boundaries between science and religion, the sacred and the secular, and the private and the public govern common thinking about human integrity and human dignity, innovation and progress, the self and the natural world — social arrangements “that have come not only to be taken for granted, but whose unexamined authority constrains how research is conducted and research careers rewarded,” Bennett said.

“There’s been an assumption that as technology progresses, as knowledge progresses, we get less religious, we become more secular," Hurlbut said. "That assumption, those divisions, have been built into the way some fields study modern life, whether or not those ideas actually correspond with people's lived experience. So the disciplines have sort of carved themselves up in ways that are mapped onto assumptions about the world and knowledge that may not actually be correct.”

“Our basic conviction is that we need to pose new questions and engage new methods if we are to understand the interplay between religion, science and technology,” Tirosh-Samuelson said.

In this new Footnotes series, Marquez does just that, considering how “embodiment of traditional hierarchies and modes of interaction might be subverted to build more nourishing configurations” and practices in academic research, as well as for human flourishing more broadly.

“The most pressing issues that humanity is facing today need creative collaborations,” Bennett said. “And yet collaborations can sometimes get stuck in power asymmetries that are, in the end, not only unproductive but blocked and boring. Experimenting with new modalities for giving form to our conversations, interventions, and analyses — even if just for ourselves — is a huge step in a more creative and life-giving direction.”

Discoveries Tempe campus The College of Liberal Arts and Sciences School for the Future of Innovation in Society Center for the Study of Religion and Conflict School of Life Sciences School of Historical, Philosophical and Religious Studies Academics Research Bioscience

Vanessa Ruiz, director of diversity initiatives at Arizona State University’s Walter Cronkite School of Journalism and Mass Communication, was named one of Phoenix Business Journal’s “40 Under 40” honorees for 2020.The annual awards recognize the top business and civic leaders in the Phoenix area for their career success, community involvement, leadership ability and influence.More than 40...

Vanessa Ruiz, director of diversity initiatives at Arizona State University’s Walter Cronkite School of Journalism and Mass Communication, was named one of Phoenix Business Journal’s “40 Under 40” honorees for 2020.

The annual awards recognize the top business and civic leaders in the Phoenix area for their career success, community involvement, leadership ability and influence. 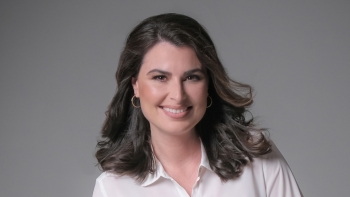 More than 400 nominations were reviewed and narrowed down to 40 honorees by a panel of judges that included previous winners and sponsors. Ruiz will be featured in a “40 Under 40” special section to be published in the Aug. 7 issue of the Business Journal and at a virtual awards celebration Aug. 5.

“I am grateful and humbled by this recognition. I consider it a privilege to work with our student journalists, our excellent faculty and staff. I am inspired by them every day and I hope to continue serving our community as a voice championing the importance and value of inclusion and equity for all,” Ruiz said. “This is challenging, but necessary work. I made a commitment after leaving 12 News that I would dedicate the next chapter of my life’s work to being a reason those I encounter feel welcomed, seen, heard, valued, loved and supported. Higher education is perfect place to do just that.”

Ruiz is also the Emmy Award-winning director and professor of practice of the Southwest Borderlands Initiative reporting team at Cronkite News, the news division of Arizona PBS. She also serves as news anchor and host for Arizona PBS and is a fill-in anchor for PBS NewsHour West.

Before coming to the Cronkite School, Ruiz was the main evening news anchor at KPNX-TV, the NBC affiliate in Phoenix. She’s also worked as an anchor and reporter in Los Angeles and Miami. In 2016 and 2017, Ruiz was part of a team that won the Rocky Mountain Emmy for Best Evening Newscast. She’s also been recognized by the National Academy of Television Arts and Sciences for special coverage of Sept. 11, received the David Burke Distinguished Journalism Award for exceptional integrity, bravery and originality in reporting, and was recognized as one of Florida’s leading Latinos in journalism.

“Vanessa is passionate about education, journalism, youth mentoring, female equity and advocating for the importance of diversity and inclusion both in journalism and our communities,” Cronkite Interim Dean Kristin Gilger said. “We feel very lucky to have her at the Cronkite School.”