The key functions of the ASU Family Hub include bringing Sun Devil families together and offering information on campus programs and events, resources for supporting students and opportunities for families to get involved at ASU, regardless of where they live. 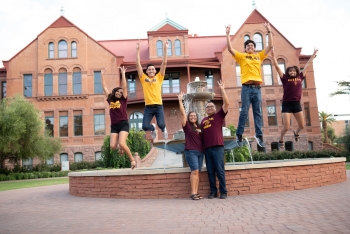 Sun Devil families around the world and across many generations can sign up for the ASU Family Hub to get connected to events and resources at Arizona State University. Download Full Image

“This hub is a great idea and will help make my life easier,” said Shari Weiss, whose incoming first-year student is her third child to attend ASU.

Families can customize their experience within the hub, from receiving information relevant to their student to specific opportunities related to their own interests and passions by joining different communities.

“I've never been able to organize all of the marketing pieces for family involvement over the years, but now I look forward to getting involved, knowing that all those opportunities are going to be in one place,” Weiss said.

The hub was designed to encourage families across the globe to take advantage of the many lifelong learning opportunities, Sun Devil traditions and events that ASU offers. Families can share their excitement for upcoming lectures and exhibits, cheer on Sun Devil Athletics, opt in to the ASU Mentor Network and volunteer to support family experiences and student success. 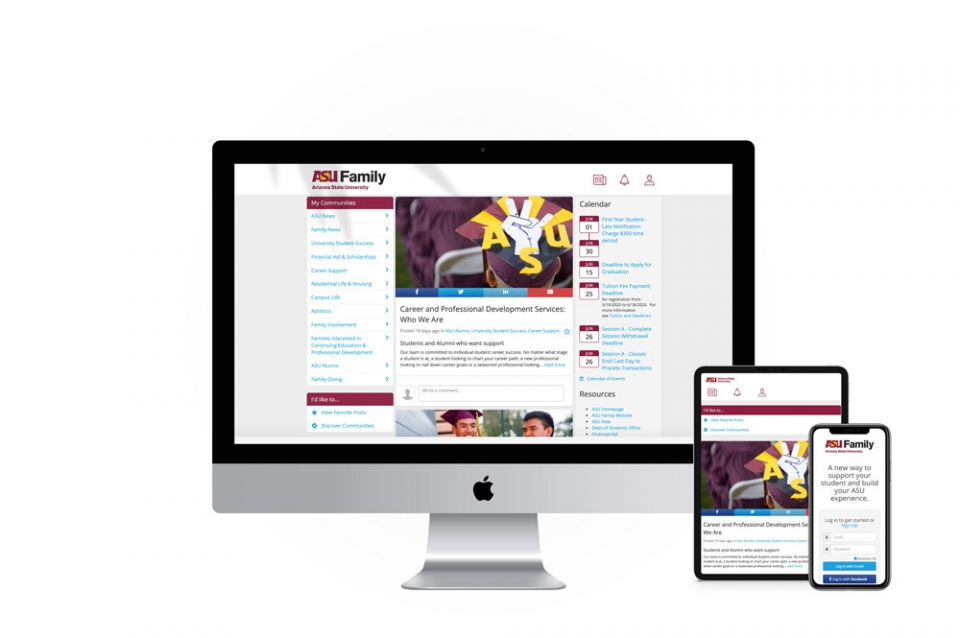 The ASU Family Hub will connect parents and family members to university resources for their children and engagement opportunities with other families. Graphic provided by CampusESP.

All registered families will be automatically enrolled in the hub to learn about the many engagement, involvement and lifelong learning opportunities available within Sun Devil family community.

“We want this to be more than just a place to learn about ASU events and deadlines,” said Kellyn Johnson, director of family programs at Arizona State University.

“We want this to be a true hub, a strong community in which families engage with university programs, support student success, connect with each other and build an ASU experience rooted in their interests and aspirations.”

Families who have not already received an email invitation can register here to activate and complete their profiles.

Written by Will Argeros, EOSS Marketing

David William Foster, who joined ASU 54 years ago and helped build the Spanish and Portuguese programs now housed in the School of International Letters and Cultures, died June 24 at age 79. Foster was a Regents Professor of Spanish and women’s and gender studies at Arizona State University. He was a trailblazer who published groundbreaking research in the larger fields of Latin American studie...

David William Foster, who joined ASU 54 years ago and helped build the Spanish and Portuguese programs now housed in the School of International Letters and Cultures, died June 24 at age 79.

Foster was a Regents Professor of Spanish and women’s and gender studies at Arizona State University. He was a trailblazer who published groundbreaking research in the larger fields of Latin American studies and LGBTQ studies. Among his publications are over 50 book-length, single-authored critical studies, bibliographies and anthologies; more than 36 edited and co-edited anthologies; and numerous articles and translations. 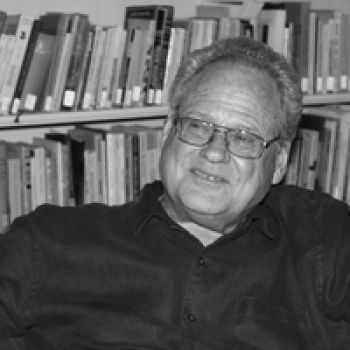 His interest in contestational and resistance writing led him to study the production of three groups most attacked by military tyranny: independent women, Jews, and gays and lesbians. The interest in these groups and their innovative cultural production also generated a curiosity in theater and film, both of which became enormously important as part of the culture of democratization in Argentina after the return to constitutional democracy in 1983.

He later turned to writing about graphic narratives and photography. In fact, he was the only North American scholar working systematically on the photographic archive of Latin America, with an emphasis on urban spaces.

Foster’s dedication to gender studies and LGBTQ studies resulted in innovation to the ASU undergraduate curriculum. He was a large force in creating cutting-edge programs and courses in these fields.

During Foster’s time at ASU, he held Fulbright teaching appointments in Argentina, Brazil and Uruguay, and served as an Inter-American Development Bank Professor in Chile. He also held visiting appointments at various universities and colleges around the country, including Fresno State College, Vanderbilt University, University of California — Riverside and Florida International University. He organized and taught six seminars for teachers under the auspices of the National Endowment for the Humanities, his most recent having been in Sao Paulo in 2013.

Foster was recognized for his work with numerous awards, including the Graduate College’s Outstanding Graduate Mentor in 1989, Researcher of the Year by the Alumni Association in 1994, the Armando Discepolo Prize for theater scholarship in 2000 and for his lifetime work on Argentine culture by the Centro de Narratologia in 2010.

Students, staff, and faculty who were privileged enough to know Professor Foster will miss him dearly, and remember him for his enormous intellectual presence, impact on scholarship, generosity, and, last but not least, his contagious laughter and distinctive cologne.

Communications and Marketing Intern, School of International Letters and Cultures