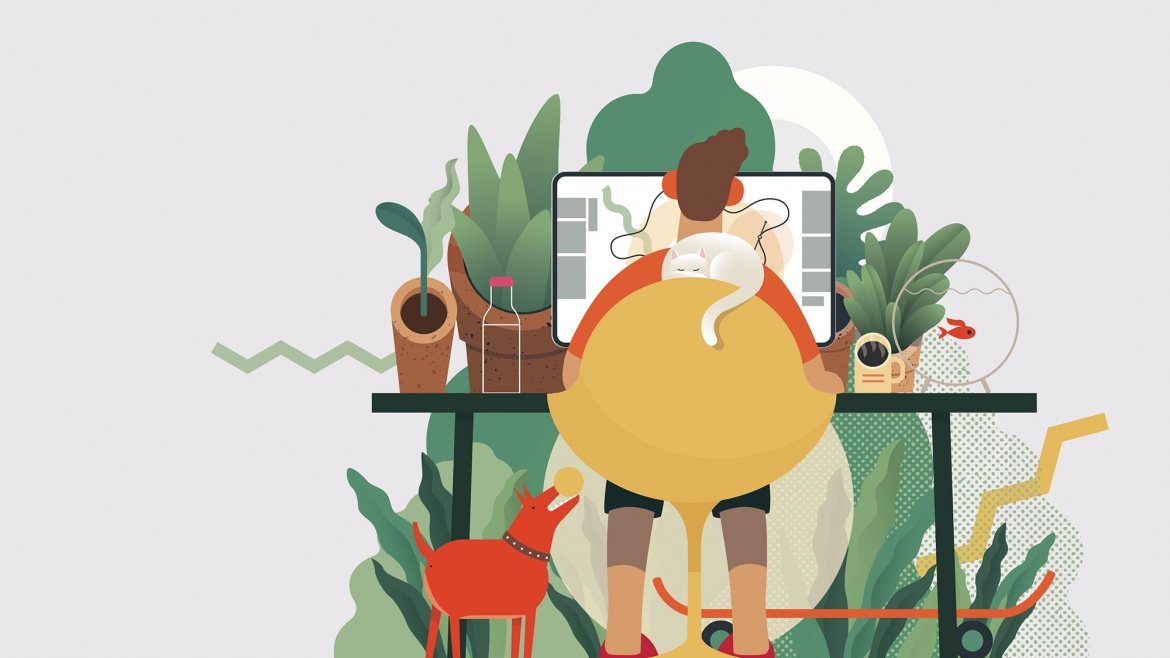 Written by May Busch, a former COO of Morgan Stanley Europe who is now an executive coach, speaker, adviser, author and executive in residence in ASU’s Office of the President. Find her at maybusch.com/asuthrive.

How are you doing these days? Some people are on what one of my clients calls “the struggle bus.” Others are relatively unscathed. But we’re all feeling the effects somehow.

While it may feel like things could drag on indefinitely, and there’s unlikely to be a clearly marked “all clear” signal, the current situation will not go on exactly as is forever.

Whatever way this COVID-19 situation is affecting you and the ones you love, as the saying goes: This too shall pass.

So, what’s the best way to weather the proverbial storm?

As a junior associate experiencing my first financial crisis, I remember one of our senior managers saying, “Never let a crisis go to waste.”

It was his way of reminding us to get out of our narrow view of the world and look at the bigger picture — to see beyond the immediate panic in order to identify future opportunities and make the changes needed to take advantage of them.

The key is to make the right kind of changes. And that requires some clear thinking on your part.

1. The single most important question to ask yourself

The most important question you can ask yourself right now is this: “How do I want to emerge from this better and stronger?”

This is a powerful question because it instantly pushes you forward to imagine that future point in time when we emerge from the current situation.

While there’s no precise time frame, I recommend you think of this as at least one month from now and preferably longer. You’ll see why in a moment.

It might be becoming stronger physically and mentally, developing a new skill that will land you a higher paying job, or finally beginning that personal project that you’ve set aside for years, waiting for when you have more time.

There’s no single right answer. Just what “better” looks, feels and sounds like for you.

3. Let your vision for 'better' drive your actions

Your vision for “better” allows you to approach this period of uncertainty from a position of strength. It gives you some certainties around which to anchor your days, make good decisions and motivate your actions so you are generating forward momentum.

So, think about this as the time to be forming new habits and ways of being that will serve you better and make you more effective (and joyful) in the future.

What enduring habits, qualities and attitudes do you want to emerge with?

Don’t wish this time away. Even in moments of struggle, remember that time is precious. Once it’s gone, it’s gone. And your sense of time depends on how you frame it.

Make productive use of this time. Spend some time thinking about how you want to emerge from this crisis better. Then, start taking steps toward creating your better future.

This is your time. How do you want to emerge from this time better and stronger?

As clouds and scattered thunderstorms loomed above Cape Canaveral Air Force Station on the morning of May 30, the entire nation looked to the sky unsure if a second attempt at the SpaceX Crew Dragon launch would again be scrapped by inclement weather. But as the day went on, the weather improved and against a mostly clear and blue sky, history was made at 3:22 p.m. ET as NASA astronauts were laun...

As clouds and scattered thunderstorms loomed above Cape Canaveral Air Force Station on the morning of May 30, the entire nation looked to the sky unsure if a second attempt at the SpaceX Crew Dragon launch would again be scrapped by inclement weather. But as the day went on, the weather improved and against a mostly clear and blue sky, history was made at 3:22 p.m. ET as NASA astronauts were launched into orbit for the very first time by a commercial rocket.

Behind the scenes leading up to launch, an extensive team of engineers and meteorologists evaluated minute-to-minute weather data, ultimately giving the green light for lift-off. Among them was Arizona State University alumna Wendy Nessl. 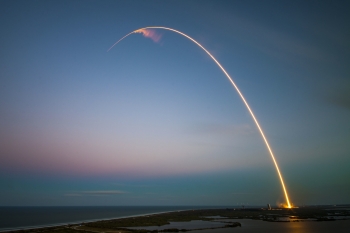 “It was a 50/50 chance,” Nessl said, recalling her team’s early Saturday morning predictions of the launch scheduled for that afternoon. “We were happy to see the weather begin to clear up towards the end of the launch window period and were very happy to see it go.”

Nessl, a 2017 geography and meteorology graduate from ASU’s School of Geographical Sciences and Urban Planning, is a meteorologist for a contracting company that provides weather support for rocket launches from Cape Canaveral Air Force Station.

In her role, Nessl is responsible for tracking and editing wind weather balloon data and assuring its measurement accuracy, a vital task for the risk assessment of a safe launch.

“The wind is important because if you have one layer of the atmosphere that has significantly slower wind speeds than the layer above it, it can cause a dangerous level of shear that can push the rocket in the wrong direction,” Nessl said. “It’s something that has to be accounted for in a rocket’s trajectory.”

For a launch like this, conditions and timing have to be just right. The Crew Dragon had an instantaneous launch window, meaning a precise moment they needed to launch that would allow the spacecraft to hit the right orbit to reach the International Space Station.

Just three days earlier, the launch mission was canceled because of poor weather, and reports say that the mission would have been a go if they could have delayed just 10 minutes to wait for the weather to clear. Weather is the most common reason launches are canceled. As a child, Nessl was always interested in weather but never imagined that she would be doing the work she does now.

First introduced to the professional applications of meteorology in a geography class taught by Erin Saffell, lecturer in the School of Geographical Sciences and Urban Planning, Nessl says it is Saffell who set her on the career trajectory she is on now.

“From that first class on, she took me in and pushed me down the road I needed to go,” Nessl said. “She introduced me to people, kept pointing me in the right direction, and here I am today because of her.”

While at ASU, Nessl participated in the National Aerospace Scholars Program, where she designed a robotics mission to Mars. Her mission design earned her a trip to Marshall Space Flight Center in Huntsville, Alabama, where she helped construct a working prototype of a rover that was later presented to NASA. Additionally, Nessl was involved with ASU’s Phoenix Cubesat Mission, an interdisciplinary student project that developed and launched a satellite that is being used to study urban heat island effects in select cities around the United States.

“It’s so important to have some kind of experience when you graduate; it set the pace for where I am today,” Nessl said. “I want to encourage people to try new programs, see what’s out there and give it a shot because you really don’t know what kind of things are going to interest you.”

In Phoenix, Nessl specialized in launching and analyzing weather balloon data and admits that at the time she never fully realized all the different applications there are for weather balloons — including their important use for space rocket launches.

“In Phoenix, I used weather balloons to gauge how much energy SRP needed to generate that day to power the Valley, and out here (in Florida) it’s a completely different use,” Nessl said. “To be able to use the knowledge I gained at ASU to make my dream career a reality makes me truly grateful. I spent nine years working slowly towards my degree and to know that all of my hard work has paid off is important to me.”

For students looking to pursue a similar career path, Nessl emphasizes to not only get involved while in school but also to be steadfast in your determination.

“Get ready to hear 'no' a lot. It’s definitely a rocky road to travel down the meteorology field, but if you stick with it, know the right people and you make the effort, it’s totally worth it,” Nessl said. “It took a while for me to get a job out of college. It can get exhausting to submit application after application and sometimes not hearing anything at all, but push yourself, stick with it, and hang on to a sliver of hope because finally, someone will say 'yes.'”

Her message is reminiscent of what the aspirational scholar, Norman Vincent Peale once said, “Shoot for the moon. Even if you miss, you'll land among the stars.”