ASU Law grad lands clerkship and reminds us to ‘be kind’ 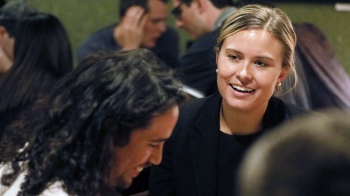 Her trajectory is nothing new, as three years ago, she was admitted to ASU Law as an O’Connor Fellow with the O’Connor Honors Program, receiving a full-tuition scholarship. In the spirit of Justice Sandra Day O’Connor and to continue her legacy, O’Connor Fellows are expected to also give back to their community by providing 40 hours of pro bono work each year addressing important social, economic and political problems, or advancing civil discussion and civic action. Goodin did more than that, achieving "high pro bono distinction" — those who contributed between 100 and 149 hours of pro bono service — among her fellow graduates. She also served on the executive board of the Arizona State Law Journal as the executive note and comment editor, a position she notes as a highlight of her law school career.

Also while at ASU Law, Goodin externed for Judge James A. Teilborg at the United States District Court for the District of Arizona and at the U.S. Attorney’s Office, served as a tutor in the Academic Success Program, volunteered with the Arizona Legal Center, and was a teaching assistant for two professors. After graduating, Goodin will clerk for Judge Richard C. Tallman on the United States Court of Appeals for the Ninth Circuit.

Question: What in your life do you feel most grateful for?

Answer: I'm so grateful for all the relationships and support that made my law school dream a reality. I owe so much to both the ASU Law faculty for their excellent teaching and the attorneys in Phoenix who gave me opportunities to apply the legal education I was learning in the classroom to real-life situations. I'm thankful for my parents, who have always gone the extra mile to support my love of learning, and I'm especially grateful to my husband for his unwavering support throughout law school.

A: I knew ASU was the right fit for a plethora of reasons. I visited the campus and was impressed by the downtown location with its easy access to externship opportunities. The 70-degree weather in February didn’t hurt either! I knew that I wanted to stay in the West, and a generous scholarship sealed the deal. 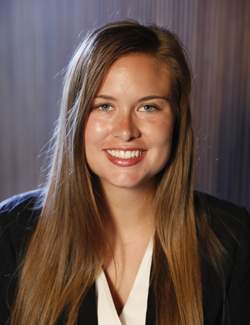 Q: What was your “aha” moment, when you realized you wanted to study law?

A: I’ve always loved learning and had an incredibly difficult time choosing a major in college. I graduated with a degree in piano performance from Westmont College and performed and taught piano and fiddle for a couple years while my husband went to grad school. Throughout that time, I knew that I wanted to further my education, but I was interested in almost every grad program out there. I’ve always loved reading, writing and speaking, but I also wanted a relational component to my work — I like working with people to understand and solve their problems. Law school combined all of those interests and opened the door to a wide variety of opportunities. When I sat down in my first day of Professor Bob Dauber’s civil procedure class, I knew I had found the right place.

Q: What’s the best piece of advice you’d give to those still in law school?

A: It's so easy in law school to worry about outcomes outside of your control — how a certain interview went, whether you'll get an offer for that promising externship, if you got an A on an exam, etc. But spending your energy worrying about those outcomes saps the energy that you need to focus on your classes! Focus on what you can control: your mindset, your work ethic and treating everyone around you with respect and kindness.

Azmat Khan, an ASU Future of War Fellow with New America, has been named a winner of a prestigious Andrew Carnegie Fellowship.Khan is a New York Times Magazine contributing writer, a professor of journalism and an investigative journalist who has won the National Magazine Award, the Hillman Prize and other honors. As a member of the 2020 class of Carnegie Fellows, Khan will receive $200,000 ...

ASU Professor of Practice Azmat Khan will use the $200K prize to focus on in-depth, investigative reporting

Azmat Khan, an ASU Future of War Fellow with New America, has been named a winner of a prestigious Andrew Carnegie Fellowship.

Khan is a New York Times Magazine contributing writer, a professor of journalism and an investigative journalist who has won the National Magazine Award, the Hillman Prize and other honors. 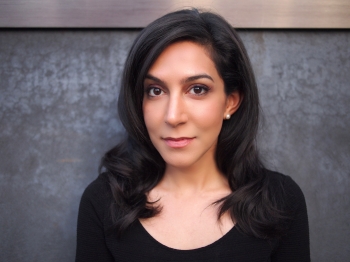 New America Fellow Azmat Khan says it's easy for Americans to ignore today's "precision" air wars — both because fewer U.S. combat troops are fighting on the ground and because the casualties are increasingly foreign populations. Download Full Image

As a member of the 2020 class of Carnegie Fellows, Khan will receive $200,000 to devote up to two years to significant research and writing. She is one of 27 winners this year, selected from a competitive pool of 322 nominations.

Providing one of the most generous research stipends of its kind, the Andrew Carnegie Fellows Program was established in 2015. The program represents a total investment of $38 million in some 200 recipients in support of high-caliber scholarly research across the social sciences and humanities. The selection criteria prioritize the originality and potential impact of a proposal, as well as a scholar’s capacity to communicate the findings with a broad audience.

ASU Now talked with Khan about the fellowship, her work and what the future holds for her.

Question: Tell us about the book you’re working on, what it’s about, where it’s taken you and what you’re learning.

Answer: “Precision Strike” — the book I’m working on for Random House — is a ground-level investigation into the true human costs and implications of America's “precision” air wars around the world. It is also an exploration of ways in which we might envision an alternative future.

Over the past several years, this work has taken me to Iraq, Syria, Afghanistan and Pakistan, where I have been investigating aerial bombing and civilian casualties on the ground, but the book expands into other countries and weaves scholarship with literary narrative following characters in the crosshairs of violence.

In terms of scholarship, I’m systematically studying data I’ve collected on the ground, as well as civilian casualty data I’ve obtained from the U.S. military through a Freedom of Information Act lawsuit. I’ve been learning so much about how often and why casualties are occurring, the long-term impacts of “mass casualty” incidents, and what the quality of intelligence underpinning this bombing is. But perhaps what I am learning from the most are the ways in which survivors grapple both with the loss of loved ones and the question of what life is worth.

Q: How do you feel about being recognized as a Carnegie Fellow, and what will be the immediate impact to your work?

A: It is an honor and will have such a meaningful impact on my work. It is rare to find substantial support for time-intensive investigative journalism today, particularly when working in war zones can be so costly. The fellowship will allow me to make critical reporting trips safely, replicate my work in other conflict zones, collaborate with others to collect and study data and invest in fact checking for the book. One thing I also hope to do during the fellowship is share data and methods with a select group of freelance investigative reporters who may be able to carry out similar work elsewhere.

Q: Why is it important for citizens to understand what’s happening in our air wars? And have these strikes been effective?

A: It is easy for Americans to ignore the wars happening in their names today. In part, this is a result of the shift to primarily conducting wars via aerial bombing. With fewer U.S. combat troops fighting wars on the ground, there is less attention on these wars from the news media and the general public — even though these wars continue at record pace. For example, the U.S. dropped more bombs in Afghanistan in 2019 than in any year of this 18-year war.

At the same time, there has also been a shift in who is paying the human costs of these wars; increasingly it’s foreign civilians. All of this means less accountability, less transparency and the erasure of the realities and harms of war on foreign populations. We can’t understand what is “effective” unless we know what is happening, and ground investigation in war zones is rare today.

That said, one of the things I hope to do in the book is go beyond the traditional parameters of how we understand what is effective. In policy circles, this question all too often comes down to whether the U.S. is achieving its end goals, and whether the costs or means are worth it. But we can't answer the question of whether aerial bombing is effective without considering what the ultimate purpose of the war is, and whether those purposes are just. A collective, democratic debate needs to happen on this question, but the reliance on air power is one way in which our population is completely inured from the reality of war and cannot participate in that debate in any meaningful way.

Q: You’ve been a fellow with ASU’s Center on the Future of War for several years now. What do you think of the work they do?

A: So many of the journalist colleagues I admire most have been fellows at the Center on the Future of War and New America. Consider Rania Abouzeid, Iona Craig, Azadeh Moaveni and Anand Gopal, to name just a few. All of them are freelance reporters whose work from Syria, Yemen, Iraq and Afghanistan has broken new ground in our understanding of war and the people who face its brunt. They produce award-winning journalism that takes more time and autonomy than a newspaper or investigations team would ever allow, and that high quality of work requires serious support, as well as sacrifice on the part of the reporters. All of them could have more comfortable positions as staff correspondents, but their work speaks for itself. I genuinely feel lucky to be able to learn from them.

Q: You’re also involved in a project called the Gumshoe Group. Tell us about that.

A: Some of the best accountability reporting didn’t come from leaks of classified information, but from hard-fought efforts to get government data through public records laws. Most of the time, reporters’ public records requests languish in queues for years or are denied outright, but journalists who are able to get legal assistance in pursuit of those records have a serious advantage. While staff reporters may have in-house counsel to turn to, freelance investigative reporters do not. Investigative journalist Seth Freed Wessler and I started the Gumshoe Group to help fill that gap. Over years, we both built up networks of lawyers who helped us file lawsuits and get the information we were fighting for. Gumshoe connects freelance investigative journalists with pro bono attorneys to help them do the same. It’s an under-resourced but vital segment of the journalism ecosystem, and though we only launched last year, I’m excited to see the journalism that comes from it.