The summer before her third year of college, Hannah Rose felt out of place. Rose decided to apply to Arizona State University, majoring in a new program: civic and economic thought and leadership. She would describe that application as the "best impulse decision of my life." Hannah Rose will graduate from the School of Civic and Economic Thought and Leadership this May. Download Full Image

The Arizona native quickly found her place within the School of Civic and Economic Thought and Leadership, first by taking a Shakespeare course in Prescott, Arizona, and through a Global Intensive Experience in India.

“Hannah and I bonded over our love of Shakespeare,” said Carol McNamara, associate director for public programs at the School of Civic and Economic Thought and Leadership. “She joined the school and devoted herself to the study of Shakespeare to understand the ideas that help her make sense of the human heart and soul.”

After graduation, Rose had intended on serving with the Peace Corps in Paraguay as a Youth Health and Wellness Promoter, however, due to the changes brought on by the COVID-19 crisis, she isn’t quite sure what her future looks like but she knows she wants to travel.

“I hope to move to a Spanish speaking country where I can continue my journey of learning through experience by working on a permaculture farm, or perhaps a blossoming yoga studio, or maybe just a hostel.”

She will be graduating with her bachelor’s degree in civic and economic thought and leadership. The school caught up with her to ask her about her time at Arizona State University.

Answer: Sometimes I get so excited and motivated by the train of discussion that I feel the need to speak up and be a part of the discussion, however, I observed that many times my input is purely out of excitement and not necessarily anything of substance to supplement the conversation. So, I started to practice active listening. Instead of planning out my next thought or how I could chime in, I tried to just soak up the arguments and take note of what was interesting or intriguing. Of course, I still participated in my classes but in purposefully taking a back seat, I have come to appreciate thought-provoking discussions even if I am not a voice in it. I do not need to hear the sound of my own voice to feel a part of the conversation or to learn something.

A: My favorite place on campus is the Sun Devil Fitness Complex. I made it a daily ritual to make time for myself just to move my body, give my mind a break and reset. Plus, after my gym me-time, I love to sit with my lunch on the small hill just east of the (complex). There, I can lie in the grass and use my skateboard as a little table out in front of me while I people watch.

A: I would attempt to remedy the food waste problem of the world by connecting grocers, farmers and buyers with local food banks, “ugly food” shops and malnutrition prevention nonprofits in an attempt to feed more people and create less trash. I don’t know what $40 million could realistically do on a global scale but that’s what I would at least try to tackle.

A: Professor Carol McNamara served an important role in my ASU and SCETL experience. She unapologetically lets the class the conversation flow, even if it means that will take her off schedule. As a Type A person like myself, this was a vitally important and meaningful lesson to learn. Repeatedly she illustrated to me how you don’t need to have everything planned in life. It is okay to go with the flow and just let pieces fall where they will.

A: Don’t be so hard on yourself. Remember that everything is temporary. The stress of classes, internships or the foreboding fear of life post-graduation will all end. There are times that are incredibly difficult mentally, physically and emotionally, however, they will eventually conclude and times of relief, joy and self-satisfaction will follow.

Journalism school grad inspired by those he mentored

Editor's note: This story is part of a series of profiles of notable spring 2020 graduates.In February 2020, Joel Farias and a team of fellow students at Arizona State University’s Howard Center for Investigative Journalism gained national recognition when their story investigating a federal law enforcement shooting ran in the Washington Post and the New York Times, and was picked up by the As...

Journalism school grad inspired by those he mentored

In February 2020, Joel Farias and a team of fellow students at Arizona State University’s Howard Center for Investigative Journalism gained national recognition when their story investigating a federal law enforcement shooting ran in the Washington Post and the New York Times, and was picked up by the Associated Press. 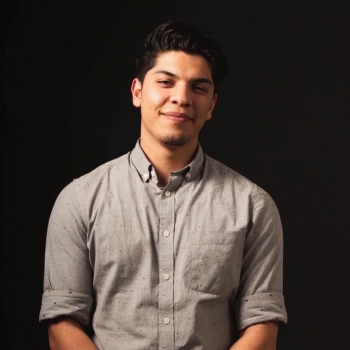 Farias, who is graduating with a bachelor’s degree in journalism with a concentration in broadcast journalism from the Walter Cronkite School of Journalism and Mass Communication, spent months on an accompanying documentary examining the shooting, which occurred when U.S. Immigration and Customs Enforcement’s Homeland Security Investigations agents attempted to arrest a suspect in Phoenix.

The documentary, which showed how the shooting escaped scrutiny by local law enforcement, aired on PBS Horizon and Cronkite News, and gave Farias the opportunity to work with an editor from the Associated Press and a video producer for PBS Frontline.

“I learned that the most important form of journalism is investigative reporting. It requires the most accuracy and attention to detail,” Farias said. “I think it’s the most impactful and has the most value in the world of reporting.”

Farias was inspired to pursue a degree by those who look up to him. While volunteering at an after-school program, the Phoenix-native had the opportunity to work with middle school students, many of whom came from a similar Mexican-American background. After about two years, Farias recognized that the students looked to him as a role model. He wanted to set a good example and show the students what they are capable of. So he set out to pursue a degree at ASU.

Answer: My mom pushed me to go to a university. I’m the oldest cousin on my mom’s side and, other than my sister, no one has graduated from a university. I thought, well maybe I could be the first man to graduate and kind of set that standard for my cousins. I didn’t know what I wanted to do, so I talked to my sister. She’s one of my biggest influences and heroes. She graduated from Cronkite as well. She asked me what I wanted to do. I told her I wanted to travel and talk to people, so she told me to pursue journalism. I felt I had some of those skills already. I can talk to people, be honest and have them be honest with me. But it was not easy. It was so hard.

A: My instructors have changed me the most. Al Macias, an ASU professor and the director of KJZZ; Maud Beelman, my instructor at the Howard Center for Investigative Journalism; and Lauren Mucciolo, the executive producer at the Howard Center for Investigative Journalism. They showed me that when you’re working in journalism, you’re just being yourself. You have to have this thirst for the truth and knowledge, you have to trust yourself. I think that trusting yourself is one of the hardest things to do. Inadvertently, they showed me that you just have to go with your gut and try your best. That has really carried me and helped me develop as a person. Prior to attending Cronkite, I was the same person, I just wasn’t as confident or sure of myself and my ideas. They really taught me to be human and be confident.

A: I was impressed by how highly people think of Cronkite. It is one of the best journalism schools in the country. I’m proud to be a Cronkite student. Cronkite is full of talented people who are refining their skills.

A: I appreciate Al Macias for his honesty and willingness to talk about his work and for giving his students the opportunity to work with him. He was always really willing to share, he taught me that you can be brown in the journalism world.

Lauren Mucciolo taught me a lot of great video skills, and showed me the fluidity in creating videos and how to be creative with them. She opened my eyes to ways that I could enhance my videos.

A: I would say do your best to just really get involved in your work, try your hardest to make the best of anything that you are doing. I think people see that and are really impressed by it. When you look back you should be proud of what you have created.

A: On the second floor of Cronkite there are a bunch of computers near these huge windows It’s nice to do work and be able to see the city.

A: I would probably use that money to help the native population here in Arizona with development, infrastructure and education. For the story that was published in the New York Times, we went and interviewed people at the Tohono O'odham Nation. One of the individuals we interviewed was a leader in his community. He talked about how everything was so tough because people were trying to leave the reservation because of the lack of resources for people to really survive. I would probably use that money to help out native folks in the area, and immigrants.