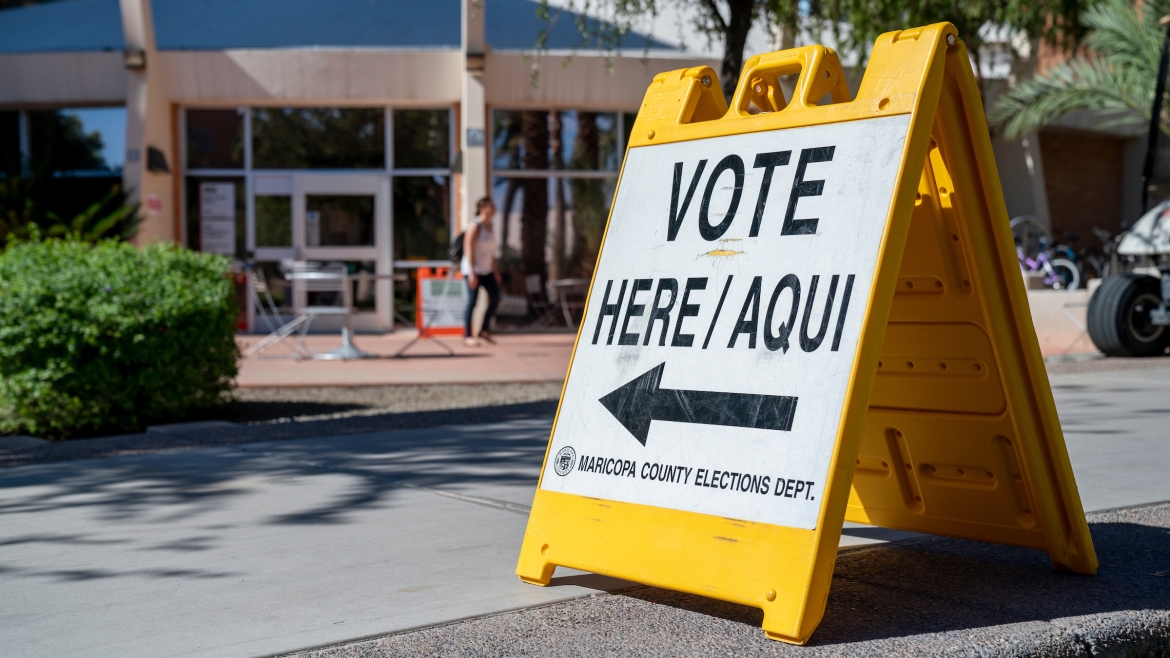 Latino voters have long been thought of as a "sleeping giant" that could have significant impact in Arizona and national elections.

Their time may be now.

A new poll sponsored by Arizona State University suggests that a growing, maturing and more educated Latino population could well emerge as a powerful voting group in the 2020 elections.

ASU’s Center for Latina/os and American Politics Research and the School of Transborder Studies revealed the contents of its Arizona Latino Poll on Friday, March 13, ahead of the Arizona presidential primaryOn March 12, the Univision/CNN Democratic presidential debate has been moved from Phoenix to Washington, D.C..

The poll interviewed a large sample of more than 500 Latino registered voters in the state of Arizona, and a statewide sample of all voters, regarding the likelihood of voting, policy preferences, voting preferences, opinions on recent political developments and their views on presidential candidates.

ASU Now spoke to Rodney Hero, the Raul Yzaguirre Chair in the School of Politics and Global Studies who oversaw the poll, which was conducted March 6-11. Hero’s research and teaching focuses on American democracy and politics, especially as viewed through the analytical lenses of Latino politics, racial/ethnic politics, state and urban politics, and federalism.

Hero talked to ASU Now about the findings of the poll, which provides a snapshot of Arizona, a traditionally "red" state. 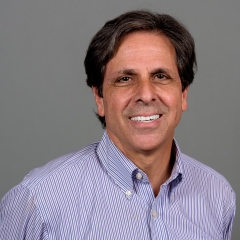 Q: Historically speaking, what’s been the perception of Latino voters in Arizona and has that changed over time?

A: There is perception and there is reality. The notion has generally been that Latino voters in Arizona have been this "sleeping giant" but that the population has not been fully engaged or mobilized, and that its full potential has not been realized. But the age profile of the Latino population is considerably younger, and the overall socioeconomic status is somewhat lower, than that of the general population; these attributes tend to be associated with lower voter turnout. One of the questions in the survey is, “How sure are you that you’re going to vote in the state and presidential election in 2020?” Statewide, about 88% of the population said they were "sure" to vote; Latino voters say they’re 72% sure. There are signs among Latino voters of increasing levels of interest and participation.

Q: Latino students here at ASU seem to be active and educated regarding politics.

Q: What are the bigger issues and concerns that are important to Latino voters?

A: The cost of health care was the biggest concern noted by both Latinos and non-Latinos. However, there are some differences about policy approaches. Almost 70% of Latinos support some kind of universal health care; this compared to 55% among non-Latinos. Another substantial concern was that salary incomes need to increase. Another survey question was, “How much have you benefitted personally from the economy under Donald Trump?” Interestingly, 53% of Latinos said they did not see any benefit "at all," and 20% "just a little;" the responses for non-Latinos was 37% not at all and 17% just a little. So, there is a general sense of only seeing a limited personal benefit of the current economy, and that reservation is stronger among Latinos.

Q: What was the most notable finding in your research?

A: One of the questions we posed was, “If the 2020 presidential election was between an unspecified Democrat versus Donald Trump, who would you vote for?” Statewide it was, perhaps surprisingly, about an eight point lead of the Democrat over Trump, but among Latinos, it’s close to a 40% gap for the Democratic candidate. We also asked a question in the Arizona U.S. Senate race between Republican candidate Sen. Martha McSally and likely Democratic candidate Mark Kelly. Statewide it’s an 8% tilt toward Kelly; but among Latino voters, it’s something like 35%-plus toward Kelly, though with a considerable number of "undecideds."

Q: Does this new poll indicate to you that Latinos are more similar or more different than other voters in the state of Arizona?

A: My answer would be both. They are more likely to identify as Democrats and are different on some issues, including being more open to certain policy approaches regarding health care. But there are various other dimensions on which they are quite similar to other Democrats, and similar to the general public. How Latinos view and understand American politics, and policy priorities and preferences, and how and how much they respond to various issues will likely show continuity as well as change over time. The evolution of Latino, Arizona and general U.S. politics will remain intriguing and important for years to come. This survey will help us better grasp the current moment and be a reference point for the future.

Already considered a global epidemic, human obesity continues to be on the rise. According to the Centers for Disease Control, more than 40% of the U.S. population is considered obese.The gamut of adverse health effects associated with obesity is broad, including such devastating illnesses as Type 2 diabetes, coronary artery disease, stroke, sleep apnea and certain forms of cancer. Patients often ...

Already considered a global epidemic, human obesity continues to be on the rise. According to the Centers for Disease Control, more than 40% of the U.S. population is considered obese. 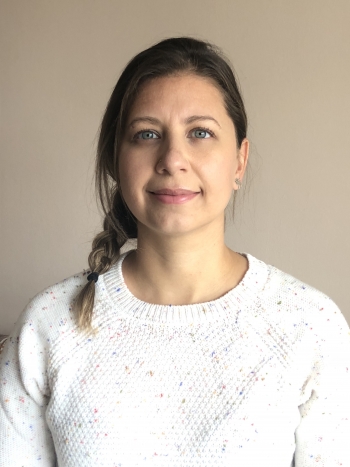 With costs approaching $316 billion dollars annually in the U.S., understanding how to quell obesity will result not only in a healthier population, but could also help reduce runaway medical costs.

Despite the looming need to address obesity, the causes are not well understood. Researchers generally agree that genetic and gut microbiome composition and activity are important factors in determining who is obese and who isn’t.

As interest and understanding of the human microbiome increases, researchers are increasingly looking to the gut for answers that can lead to new, more effective diagnostics and therapies.

The trillions of microbes in the human gut perform a vast range of critical functions in the body and have even been implicated in mood and behavior. Among microbes’ critical responsibilities are the micromanagement of nutrients in the food we digest — one of the reasons for their central role in the regulation of body weight.

“Our findings highlight the importance of changes in mucosal and fecal microbiomes that are reflected on gut metabolism after surgery,” Ilhan said. "The microbial changes after surgery corresponded to persistent changes in fecal fermentation and bile acid metabolism, both of which are associated with improved metabolic outcomes.” 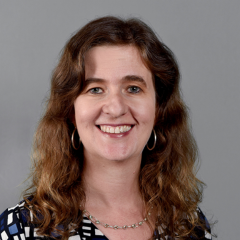 Rosa Krajmalnik-Brown is a professor in the ASU School of Sustainable Engineering and Built Environment and faculty in the School of Life Sciences. At the Biodesign Institute, she practices as part of the Swette Center for Environmental Biotechnology.

In addition to the expected weight reduction and improvement in obesity-related comorbidities after gastric bypass surgery, the researchers observed that the impact of surgery is not limited to fecal communities; mucosal communities are altered as well. Changes in the microbiome were linked to increased concentrations of branched-chain fatty acids (amino acid fermentation products) and an overall decrease in primary and secondary bile acid concentrations in fecal samples. Bile is an alkaline fluid that aids digestion.

“Previous bariatric surgery-microbiome studies in humans relied largely on fecal samples because sampling through the intestinal mucosal membrane requires an invasive procedure,” said Ilhan, lead researcher for the study. At the time of the study, Ilhan was a doctoral student in Krajmalnik-Brown’s lab. She is currently conducting research at INRAE-French National Institute for Agriculture, Food and Environment.

Bariatric surgery is an operation that causes people to lose weight by making changes to the digestive system. These changes are physiological and chemical and include gastric restriction, malabsorption, bile acid metabolism and chemical signaling.

“The mucus membrane is a critically important site for host-microbe interactions. We understood that with fecal sampling, we had an underrepresented picture of how the mucosal communities actively interact with host immune system and epithelial cells,” Ilhan said. (Epithelial cells are cells that line the surfaces of your body.)

Although gastric bypass surgery has been successful for many patients suffering from morbid obesity, it is a serious, invasive procedure that is not without risk and expense. In addition, some patients regain the weight they have lost, perhaps because they lack the favorable microbes necessary for permanent weight loss.

“Understanding the microbial behavior in the gut could potentially lead to a creating a probiotic that could replace surgery – or an improved indicator to identify the best candidates for surgery and sustained weight loss," Krajmalnik-Brown said. An illustration of the cross-section of a healthy colon with its microbiota. The outer mucus layer and the colon lumen are colonized by different microbiota and therefore, produce different metabolic end products. Figure from “Microbiome After Bariatric Surgery and Microbial Insights into Surgical Weight Loss, A Dissertation Presented in Partial Fulfillment of the Requirements for the Degree: Doctor of Philosophy” by  Zehra Esra Ilhan

A tell-tale indicator of pathology in obese patients has been found in the gut, where a markedly lower diversity of microbial communities is observed. A high diversity of gut microbes is essential to good health.

In 2009, Krajmalnik-Brown’s research team showed for the first time that gastric bypass surgery produced profound changes in the composition of microbial communities in the gut. The gut flora of postsurgical gastric bypass patients showed a marked difference from obese and normal weight patients.

In a 2017 study, the team took another step by comparing how microbes and the metabolome (the metabolome is the total number of metabolites present within an organism, cell or tissue) change after gastric bypass surgery and lap band surgery.

The 2017 study demonstrated that gastric bypass surgery caused a dramatic reorganization of the gut, which increases microbial diversity. Changes in the gut microbiota related to lap band surgery (also known as laparoscopic adjustable gastric banding) were mild and accompanying weight loss was less pronounced. Earlier studies have demonstrated that fat is reduced and weight loss triggered when germ-free mice receive a fecal transplant from mice who had undergone gastric bypass surgery.

Krajmalnik-Brown’s team is currently working on a project funded by the National Institutes of Health in which the main goal is to quantify the contribution of the microbiome to the host energy balance. This project is intended to move the field from associations to causality and help identify how microbes and metabolites can fight obesity.

Krajmalnik-Brown is a professor in the ASU School of Sustainable Engineering and Built Environment  and faculty in the School of Life Sciences. At the Biodesign Institute, she practices as part of the Swette Center for Environmental Biotechnology.

Krajmalnik-Brown is also known for her research into the role of the microbiome in those with autistic spectrum disorder.