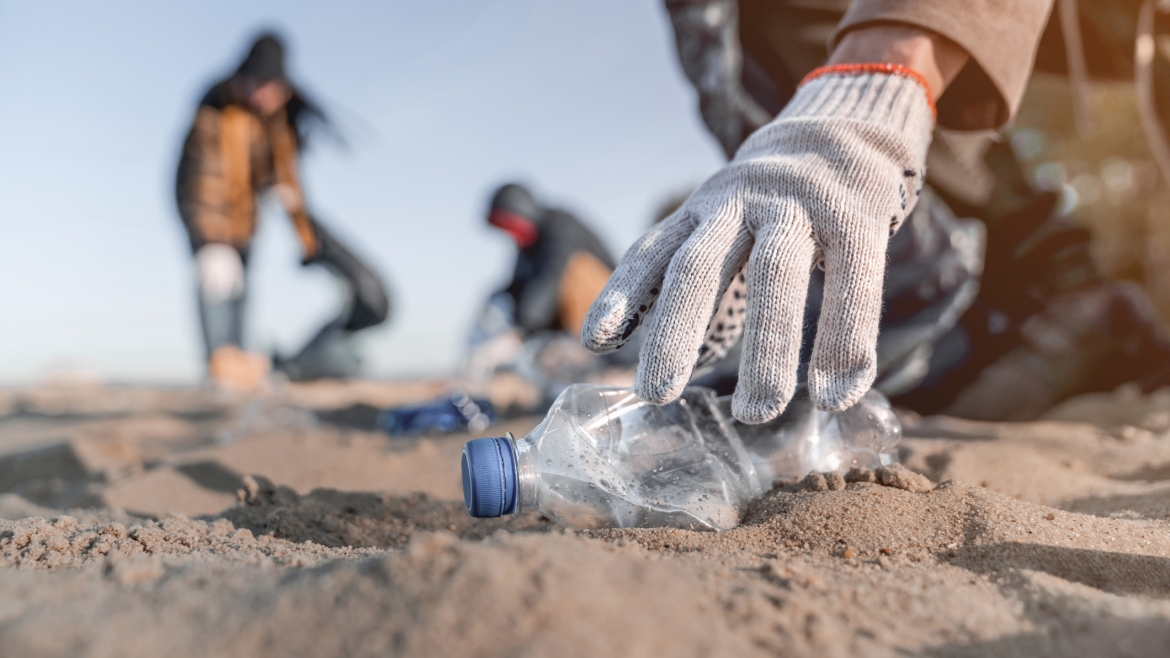 No less than saving the world

One of the most audacious initiatives since the creation of the first university more than 1,000 years ago began in the Yucatan jungle in 2004.

Arizona State University President Michael M. Crow convened a meeting in Temozón, Mexico, of a small but distinguished group of intellectual leaders who were exploring a new idea: sustainability science.

Could sustainability be a core value of a large public research university?

On the 15th anniversary of the Julie Ann Wrigley Global Institute of Sustainability (GIOS), ASU has proven it can do all of that and more.

The institute is the hub of the university’s sustainability initiatives. It advances research, education and business practices for an urbanizing world. Its School of Sustainability, the first of its kind in the U.S., offers transdisciplinary degree programs focused on finding practical solutions to social, economic and environmental challenges.

“I have been at ASU for (more than) 20 years, and have always been impressed with its culture of collaboration and interdisciplinarity,” said Ann Kinzig, one of the institute’s first sustainability scientists.

“In many ways this predates GIOS, but GIOS allowed us to ‘take it to the next level,’” Kinzig said. “It has served as an incubator of true inter- and transdisciplinary collaboration on solutions to many of society’s most pressing problems — food security, access to clean water, creating cities that enhance human and environmental well-being, development that lifts the most impoverished. It has created a space and a culture where I get to continuously learn from some of the most impressive and dedicated scholars I have ever met.”

The initiative’s angel investor was philanthropist Julie Ann Wrigley. In 2004, Wrigley made a $15 million investment to establish the institute.

In ASU, Wrigley saw a young research university that was not locked into the silos of academic disciplines. Crow, also a forward-thinking nontraditionalist and conservationist, was willing to make sustainability a university pursuit.

“Sustainability is an issue that is bigger than all of us,” Wrigley said soon after. “Therefore, it will take all of us to solve it. Here we can think outside the envelope, which is critical to people like me who want to invent the future. We don’t want to be bound by tradition. At ASU, research is defined around the real needs of society. This is one of the rare places in the world where we can solve these problems and do it cohesively. We can create the ideas and provide the solutions on an ever-enlarging scale.”

To date, Julie Ann Wrigley has donated more than $50 million to the institute that bears her name.

The institute began with two missions, one internal and one external.

“Internally, the institute’s mission was to stimulate and support sustainability teaching, research and operations throughout all of ASU,” said Rob Melnick, director of international programs and executive director of the institute from 2008 to 2018. “Externally, to inspire and be a lighthouse for institutions and organizations everywhere to find their own ways of helping to create a more sustainable planet. I’ve observed, firsthand, both of these missions being accomplished at ASU and around the world based on GIOS’s contributions to education, government, private and nonprofit organizations.”

The external mission is also for the institute to be a symbol locally and globally of the university’s commitment to sustainability now and in the future, said deputy director Dave White.

“For the last 15 years, GIOS has supported a transdisciplinary environment for discovery and learning at ASU, bringing together scientists, scholars and stakeholders to cooperatively develop new knowledge, technologies and innovative solutions,” White said. “The Wrigley Institute is an inclusive environment that fosters creativity and empowers faculty, students, staff and partners to imagine transformative approaches to seemingly intractable societal problems.”

With more than half of the world’s population living in cities — just shy of 4 billion people, according to the United Nations — the key to global sustainability is making cities sustainable. The institute places special emphasis on urban environments in research and education, particularly focusing on greater Phoenix as an urban laboratory where solutions to water, energy, transportation and livability are largely applicable to other rapidly urbanizing areas around the world.

By 2045, the global city-dwelling population is projected to top 6 billion people. In the United States alone, 90 million additional people will live in urban areas by 2050. How they will sustainably do so is a component of the institute’s many projects. A few of those projects include:

White, director of the center, said he thinks it is one of the institute’s greatest successes “from my earliest involvement as a faculty investigator on the initial NSF proposal in 2004 to my time as associate director, co-director and director,” he said.

“It’s been the greatest joy of my professional life to work with an amazing team of faculty, students, staff and community partners as we endeavor to develop new, transformational solutions to guide transitions to a more sustainable water future in an era of climate change. I’m particularly proud of the fact that the center was an inclusive environment that actively recruited and supported individuals from historically underrepresented groups in STEM fields, including women and people of color. The center provided unique opportunities for students and early career scientists to work in teams with senior scientists and practitioners.”

The institute’s newest initiative is the Global Futures Initiative, launched in 2018. Its goal is to harness the innovative capacity of ASU and academia as a whole to develop options for proactive management of our planet. Led by Peter Schlosser, one of the world’s leading earth and environmental scientists, Global Futures envisions ASU as a world hub where prominent scientists from across the globe come together to address the most critical issues related to human society and the future of our planet.

What: A free, public celebration to honor the institute's achievements and envision our collective future. Remarks by Michael Crow and Peter Schlosser, followed by a conversation with Kristin Mayes and Bryan Brayboy. Special message by Johan Rockström, co-chair of the Earth League.
When: Monday, Feb. 17. Reception is at 4 p.m.; remarks and panel discussion from 5-6 p.m.
Where: Marston Exploration Theater in ISTB IV, Tempe campus.
Details: RSVP on the event page.

Learn more about the GIOS journey

The current director: Designing a future in which humanity thrives

Seeking to design a future in which humanity not only survives, but thrives

This article was written by Peter Schlosser, director of the Julie Ann Wrigley Global Institute of Sustainability and vice president and vice provost of Global Futures Laboratory.

Arizona State University’s position as a global leader in sustainability research, education, solutions and engagement is built on the foundation of the Julie Ann Wrigley Global Institute of Sustainability. Today, the institute celebrates its 15th anniversary.

I have been with the Julie Ann Wrigley Global Institute of Sustainability for only a fraction of its 15 years, but I can say with certainty that it is the cornerstone of ASU’s effort in understanding past, present and possible future states of our planet and the pressures from humankind. Our mission is to find ways to relieve these pressures by discovering options for change that focus not on sacrifice but on opportunities to shape a future in which Earth can thrive.

ASU leadership recognizes that the ability to create and apply the knowledge needed to chart a pathway into a sustainable global future requires academia to move beyond traditional research conducted along disciplinary lines. Instead, academia must weave meaningful connections between diverse knowledge systems and the communities and stakeholders who integrate and implement them.

Business-as-usual approaches will no longer suffice to produce the solutions the world urgently needs to address major environmental and societal crises. Now is the time for academics to share knowledge as they are discovering it, so it is integrated as part of the crucial decision-making processes that are already ongoing. Universities need to foster transdisciplinary teams focused on positive impacts and sustainable outcomes, from local to global scales, and work closely with communities to co-produce the knowledge needed for designing a future characterized by hope rather than despair.

Instead of being reactive, we in academia need to be proactive. Rather than solving problems after they arise, we have to anticipate them and avoid them altogether. That has always been the ethos of the ASU Wrigley Institute.

Our sustainability efforts at ASU are rooted in the conviction that we can and must proactively make meaningful contributions to solutions that sustain global habitability and improve well-being for all. This is why sustainability research, education, solutions and engagement at ASU continues to evolve, now with the formation of the Global Futures Laboratory. As the new home to the ASU Wrigley Institute, the Rob and Melani Walton Sustainability Solutions Service and the School of Sustainability, the Global Futures Laboratory is designed to convene stakeholders, thought leaders and practitioners; initiate and advance leading-edge research; and deploy innovative and scalable solutions.

Building upon the accomplishments and active research of the ASU Wrigley Institute and other programs across the university, we are convinced that academia has the power to discover and innovate beyond traditional norms. Together, we seek to design a future in which humanity not only survives, but thrives.

What: A free, public celebration to honor the institute's achievements and envision our collective future. Remarks by Michael Crow and Peter Schlosser, followed by a conversation with Kristin Mayes and Bryan Brayboy. Special message by Johan Rockström, co-chair of the Earth League.
When: Monday, Feb. 17. Reception is at 4 p.m.; remarks and panel discussion from 5-6 p.m.
Where: Marston Exploration Theater in ISTB IV, Tempe campus.
Details: RSVP on the event page.

Learn more about the GIOS journey