There's something weird going on inside the plants and animals that call the Baja California peninsula home.

On the surface, everything looks as expected, but close genetic inspection of many individuals reveals a genomically distinct split between the northern and southern populations of dozens of species. 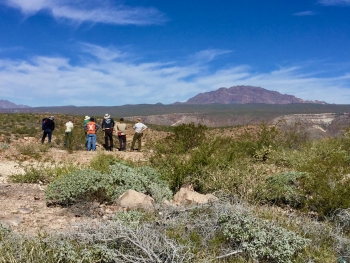 The team, which also includes Mexican collaborators, will develop novel methods for combining and analyzing the datasets from across fields including geology, ecology and genomics.

“It’s a tremendous opportunity to finally unite these different fields and train established and early-career scientists in how to translate their science to related disciplines. We have volcanologists learning how to look for signs of adaptation in the genome, and ecologists learning how and why Earth’s crust bends and breaks in different places and what that means for the paleo-elevation of the peninsula," said Greer Dolby, assistant research professor at ASU's School of Life Sciences and co-principal investigator on the study.

“Essentially, we’re all getting on the same page to understand how the peninsula’s landscape has changed, and how these critters have evolved simultaneously. But the members of the Baja GeoGenomics consortium will take this experience to their next projects, and we hope it’ll have a ripple effect," she said.

"Biologists say, 'Something had to cause the pattern of divergence,'" said Benjamin Wilder, director of the Desert Laboratory on Tumamoc Hill and a co-principal investigator on the project. "The leading hypothesis has been that there was a seaway through a low gap in the peninsula that connected the Pacific to the Gulf of California about 3 million years ago."

This explanation worked its way into scientific papers and was nearly accepted until geologists suggested that there was not enough evidence to support that hypothesis. This is a huge problem for the field, so the team is excited to tackle it. The study will investigate three main hypotheses regarding the physical barrier of the seaway, climate and the changing landscape and rainfall patterns. A cross-disciplinary team of researchers from Arizona State University and several other institutions won a five-year, $2.6 million grant from the National Science Foundation to study how geologic activity, rainfall patterns and climate cycles might have shaped the evolution and biodiversity of the peninsula over time. The team launched its research with a meeting at ASU's Decision Theater. 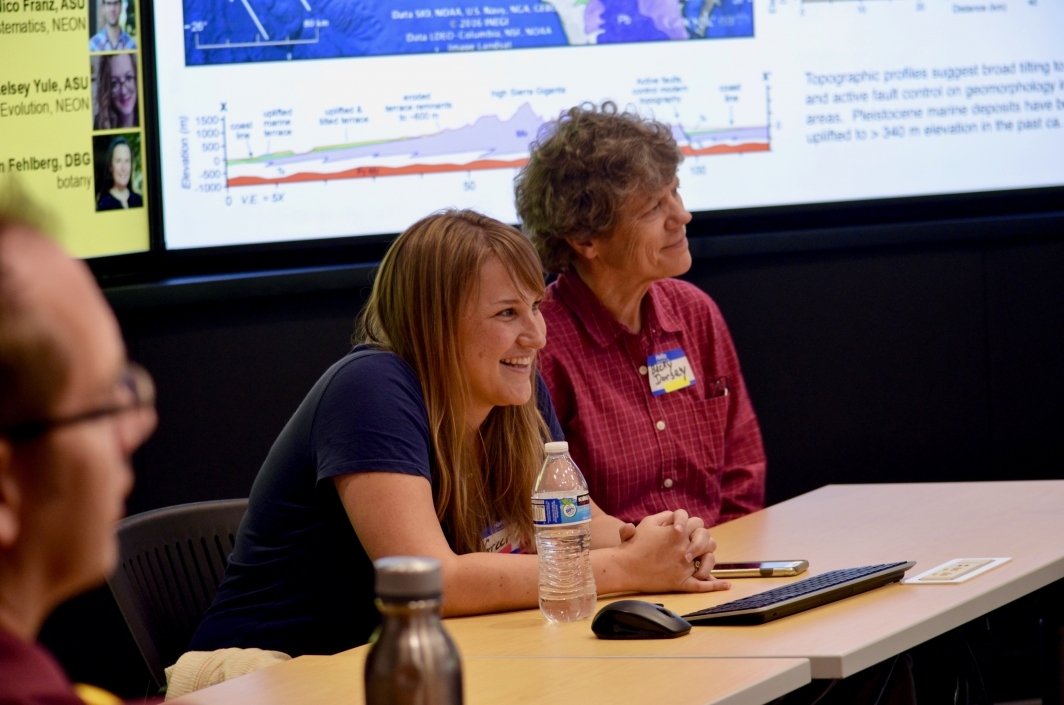 Greer Dolby (left), assistant research professor with ASU's School of Life Sciences, is a co-principal investigator for the study. 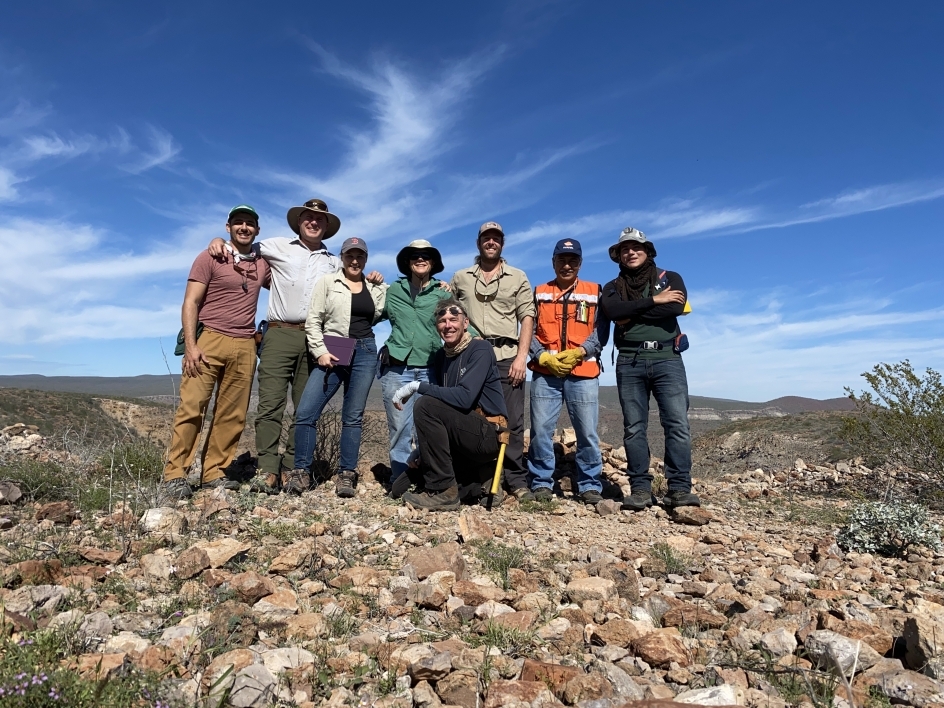 The researchers will first test the original hypothesis that populations could have been isolated by a physical barrier — the seaway. There are two locations near the central peninsula that might have harbored the low pass that divided the species of the north and the south.

Alternatively, global climate fluctuations over the last million years could have created dynamic changes in the landscape, according to Wilder, leading to hypothesis two: Organisms retreated up and down mountaintops along the peninsula as the climate swung between cool glacial periods and warm interglacial periods.

"The desert expands and contracts as climate changes; the mountains and their diversity of habitats offer pockets on the landscape where they may be able to persist during these transitions," Wilder said. "So the break you see could have been caused by the species retreating up into the mountains and then descending down and reconnecting with the rest of their species, but having been separated for hundreds of generations."

The northern half of the peninsula is rainy in the winter and dry in the summer. In the south, the opposite is true. The third hypothesis is testing whether opposing rainfall patterns created differences in genetic expression within species.

This rainfall asynchrony might have isolated species through misaligned timing in reproduction or other mismatched adaptations that led to the genetic patterns observed today.

The team will scour the landscape for geological clues, test the full genomes of six different species that run the length of the peninsula, and create models to test the distribution of these plants and animals against their predictions.

The species chosen — including two plants (the pitaya agria cactus and brittlebush), two lizards (the black-tailed brush lizard and the Baja California spiny lizard) and two small mammals (the packrat and the Merriam's kangaroo rat) — run the full length of the peninsula and are representative of the Sonoran Desert.

"Ten years ago, we couldn't have done a project like this. We can sequence almost anything now, and it's relatively cheap," Dolby said. "And now, there's a big focus on data and how you integrate it."

The research is part of a new and growing field called geogenomics, a term coined in 2014 to describe the use of large-scale genomic data to answer geological questions.

The team expects that after combining all the data, they'll find that multiple causations are not just probable, but likely. Their consensus at the outset is that each of these processes probably has a part to play, but they aren't sure yet to what degree.

"One of the coolest things about this project is that it's all about the biologists learning how the geologists see it, and we're trying to embed the geologists in the biology," Wilder said. "That approach has the great potential to unlock a history of evolution that has been elusive up to now."

The researchers also think this work may shape how future studies are conducted.

“We know that Earth’s landscape is complex and ever-changing,” Dolby said. “As biologists, we often don’t consider this because it’s too complicated, but with these new large-scale genomic datasets, we can start really tackling that complexity to understand the nuance of how Earth’s changes influence organisms’ evolution and allow for the fact that several processes may be important. This is a big deal for understanding how new biodiversity on Earth is generated through time."

A comprehensive outlook of the Sun Devil Lacrosse midfielders. ... A comprehensive outlook of the Sun Devil Lacrosse midfielders.