During the past decade, the gene editing tool CRISPR has transformed biology and opened up hopeful avenues to correct deadly inherited diseases. Now, the first human clinical trials using CRISPR have begun in the hopes of curing diseases by taking damaged cells out of patient and repairing and replacing them.

But along with this promise of regenerative, personalized medicine, CRISPR also can have significant safety limitations. CRISPR may not edit in the right place (so-called off-target gene effects) or may not be terribly efficient (successful editing may only be achieved about 10% of the time for every available cell target). 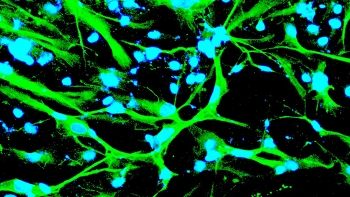 These limitations have frustrated scientists such as Arizona State University’s David Brafman, a cell bioengineer. Brafman initially hopes to use gene editing to get at the heart of the causes of neurodegenerative diseases like Alzheimer’s.

“We study neurodegenerative diseases like Alzheimer’s and use stem cells to study specific mutations or risk factors associated with Alzheimer’s disease,” said Brafman, a biomedical engineering faculty member in ASU’s Ira A. Fulton Schools of Engineering. “We are not necessarily a gene-editing tool development lab, but we were running into difficulty generating stem cell lines by using a traditional CRISPR-based editing approach. For reasons that are still unknown, stem cells are really resistant to that sort of genetic modification.”

Now, Brafman, using a new update to the CRISPR base editing technology originally developed in the lab of David Liu at Harvard, has vastly outperformed previous efforts by making highly accurate, single-DNA base editing with an efficiency of up to 90% of human stem cells. The results were published in the journal Stem Cell Reports.

“Previously, with CRISPR, it’s just been a random guess,” said Brafman. “And so, if you are picking at random stem cells and the efficiency is low, you’ll likely get only 10% or 5% because you have no idea if the edits have been made — the cell isn’t telling you.” 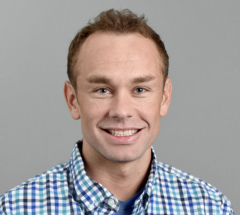 “Most of the studies are done in immortalized cell lines or cancer cell lines, which are relatively easy to edit,” Brafman said. “This is the first example of using base editors in pluripotent stem cells, which is a very valuable cell population to genetically modify. We envision this method will have important implications for the use of human stem cell lines in developmental biology, disease modeling, drug screening and tissue engineering applications.”

Last year, they had shown that their TREE approach can work in human cell lines, but wanted to further push the technology to find a way to rapidly and efficiently edit human stem cell lines.

Unlike CRISPR, which cuts across both DNA stands, TREE only makes a single strand nick in DNA. For example, when a single DNA base is successfully edited from a C to a T, a protein gives off a signal, turning from blue to green.

Pluripotent stem cells are valued for regenerative medicine because they have the ability to become or differentiate into any cell type in the human body.

To provide their proof-of-concept, they targeted the APOE gene, which can come in three varieties. One of the three gene variants, called APOE4, has been associated with a higher risk for late onset Alzheimer’s disease. For the study, they introduced single DNA based edits into the APOE gene.

“That’s why we are interested in having these cells,” Brafman said. “They are representative of the neurons and the various cell types in the central nervous system with patients with these various risk factors. Then, we can understand why an APOE variant can increase or decrease risk, and then we can start targeting those pathways that are affected.”

Not only could TREE make single DNA edits to the APOE4 gene, but unlike CRISPR, it could make highly accurate corrections to both copies of the APOE4 gene that humans possess.

“The traditional CRISPR approach is that you have to edit once to get a heterozygous edit, then isolate that clone, edit again to get another heterozygous edit,” Brafman said. “So, it’s very inefficient in that way. We are generating homozygous edits at an efficiency approaching 90%. I haven’t seen any other technologies that can do that in pluripotent stem cells.”

“The most fundamental experiment you can do if a gene has important implications in disease, development or physiology is knock it out,” Brafman said. "That opens up a whole bunch of questions that we can address. Using APOE as a case study, now we can knock out APOE in these cells if you don’t have APOE at all. Is it beneficial? Detrimental? Or no difference?”

While diseases like sickle cell anemia or cystic fibrosis are caused by single mutations in DNA, most diseases and leading causes of death, like heart disease or high blood pressure, are complex, involving multiple genes. Brafman wanted also to address the root causes of Alzheimer’s.

“Especially as it related to Alzheimer’s disease, there can be multiple risk factors that act in concert, so we wanted a way to introduce multiple edits simultaneously in pluripotent stem cells. Because otherwise, you would have to take this sequential iterative approach, where you introduce one edit, isolate a clonal population introduce another edit, and so on," he said.

They successfully demonstrated that BIG-TREE could be used to make new stem cell lines that had been simultaneously edited at multiple gene locations. Their results showed that more than 80% of stem clones had been targeted at all three different gene sites, with all clones editing both gene copies.

“We found that if you multiplex you still get the same efficiency of editing as you would if you just edited a single allele,” Brafman said. “Now, we can use these cells as in vitro models to study the disease and screen drugs.”

Brafman is hopeful that their new tools will generate excitement in the gene editing community, and spur others on to make new discoveries.

“We want to keep expanding on that toolbox,” Brafman said. “We’ve already gotten a high level of interest from other scientists who will be using this to generate their own cell lines. That’s a good thing.”

This semester a group of art students and a group of film students in Arizona State University's Herberger Institute for Design and the Arts will get the chance to learn from film and television producer Scott Steindorff.After writing the stageplay for Las Vegas production "EFX" at the MGM Grand Hotel and Casino, Steindorff, who studied theater production and real estate finance at ASU, moved to H...

This semester a group of art students and a group of film students in Arizona State University's Herberger Institute for Design and the Arts will get the chance to learn from film and television producer Scott Steindorff.

After writing the stageplay for Las Vegas production "EFX" at the MGM Grand Hotel and Casino, Steindorff, who studied theater production and real estate finance at ASU, moved to Hollywood to concentrate on producing. He established his own production company, Stone Village Productions. 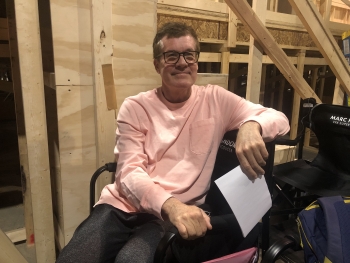 “Scott is a field leader in storytelling driven by vision and voice,” said Tiffany Lopez, director of the School of Film, Dance and Theatre. “He brings an extraordinary range of creative vision and industry expertise to our students and faculty; and as an alum, he is deeply invested in ASU and our students.”

As a professor of practice in both the School of Art and the School of Film, Dance and Theatre, Steindorff will give special lectures throughout the semester to two linked courses, one from each school. The students will join together for his lectures, which will cover immersive storytelling, the evolution of storytelling and how storytelling is changing.

“Scott is one of our most distinguished former students and has had an extraordinary career in Hollywood telling powerful stories,” said Steven J. Tepper, dean and director of the Herberger Institute. “He also deeply understands how the nature of storytelling is changing with new technologies, new platforms and new audience expectations. This is a great opportunity for our students to learn from and be inspired by a seasoned professional.”

Steindorff, who is currently executive producing the television series “Station Eleven” for the new streaming service HBO Max, said he plans to explore new and revolutionary ways of storytelling, including delving into immersive, mixed reality and digital art.

“I find teaching about narrative ingenuity so imperative,” he said. “I am particularly drawn to nonlinear story lines, which is the format that ‘Station Eleven’ has been written in. This is the sort of innovative, visceral emotion-evoking tactic that I hope to impart upon my students.”

“My field of expertise lies in guiding students toward being able to identify, understand, process and then verbally and visually describe their feelings,” Steindorff said. “This process can then be applied to cultivate any medium, whether it be video, painting, digital processes, performance art, etc.”

“This is an incredible opportunity for students working in a range of artistic mediums and formats,” said Joanna Grabski, director of the School of Art. “I am certain that Steindorff’s lectures will inspire our students to expand how they use imagery to express themselves and create emotional affect.”

In addition to “Station Eleven,” Steindorff was an executive producer on Jon Favreau’s “Chef,” produced the critical and commercial success “The Lincoln Lawyer,” and teamed with Paul Newman and producer Marc Platt to produce the award-winning miniseries “Empire Falls.” Other feature films Steindorff has produced include “Gimme Shelter,” “Penelope” and “Love in the Time of Cholera.”

“One of the world’s fastest growing industries is in the production of digital art and digital storytelling,” Steindorff said. “I want to help answer that call by giving students the best tools possible to succeed in this field.”