Deep below the Earth’s surface lies a thick rocky layer called the mantle, which makes up the majority of our planet’s volume. While Earth’s mantle is too deep for humans to observe directly, certain meteorites can provide clues to this unreachable layer.

In a study recently published in Science Advances, an international team of scientists — including Sang-Heon Dan Shim and Thomas Sharp of Arizona State University — has completed a complex analysis of a “shocked meteorite” (one that has experienced high-pressure and high-temperature conditions through impact events) and gained new insight into Earth’s lower mantle. 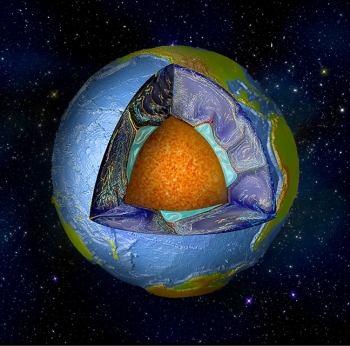 Shocked meteorites have provided many examples of deep mantle minerals since 1969 when high-pressure mineral Ringwoodite was discovered.

For this study, lead author Luca Bindi of the University of Florence (Italy), Shim and Sharp of ASU’s School of Earth and Space Exploration and Xiande Xie of the Guangzhou Institute of Geochemistry (China), focused their efforts on a sample of a shocked meteorite called Suizhou.

“Suizhou was an ideal meteorite for our team to analyze,” said Shim, who specializes in using high-pressure experiments to study Earth’s mantle. “It provided our team with samples of natural high-pressure minerals like those believed to make up the Earth’s deep mantle.”

Suizhou fell in 1986 in the Hubei province in China. Immediately after the fall of this meteorite, a group of scientists were able to find and collect samples.

“It was an observed fall,” said Sharp, who specializes in studying shocked meteorites to understand shock and impact in the solar system. “So it did not suffer any chemical weathering on Earth and therefore there is no alteration of the iron.”

Bridgmanite: The dominant material in the lower mantle

The Suizhou meteorite sample the researchers used for this study contains a specific silicate called “bridgmanite.” This silicate is considered the dominant material in the Earth’s lower mantle and makes up about 38 volume percent of our planet. It was first discovered in the shocked meteorite Tenham in 2014.

While it was previously thought that iron metal mainly existed in Earth’s core, about 15 years ago scientists discovered in the lab that iron in bridgmanite can undergo self-oxidation from which it can produce metallic iron.

This process, a chemical reaction called “charge disproportionation,” is where atoms redistribute electrons among themselves and produce two or three cation forms with different oxidation states (in this case, some Fe(II) ions in bridgmanite convert to Fe(III) and Fe(0), the latter of which forms metallic iron).

The question remained, however, if this process could actually occur in nature. 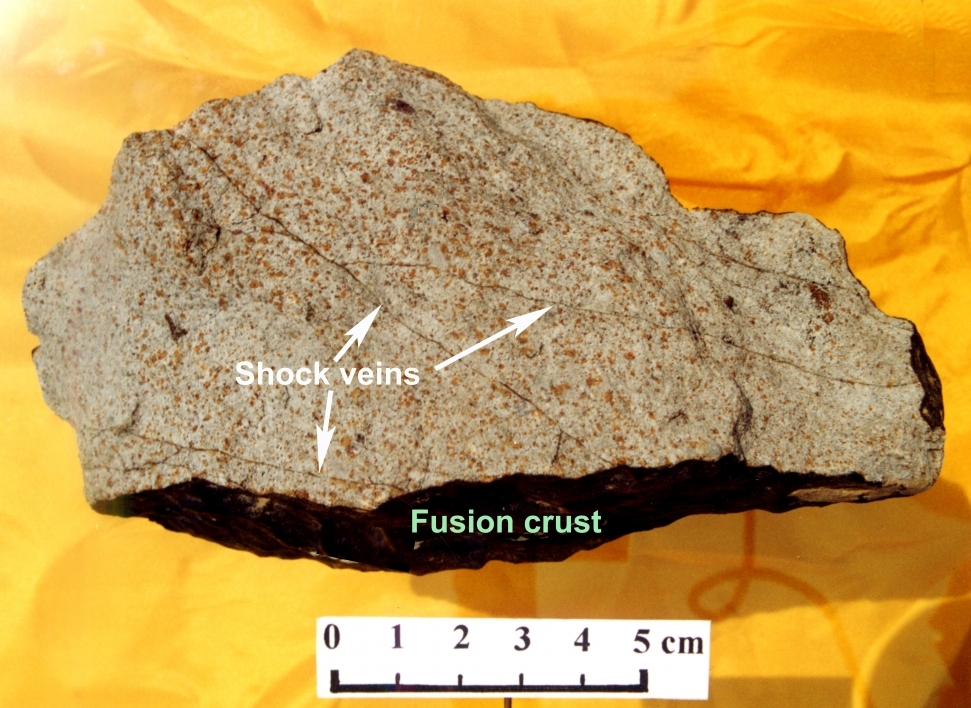 A fragment of the Suizhou meteorite analyzed for this study, indicating the shock veins in which the team discovered bridgmanite together with metallic iron nanoparticles. 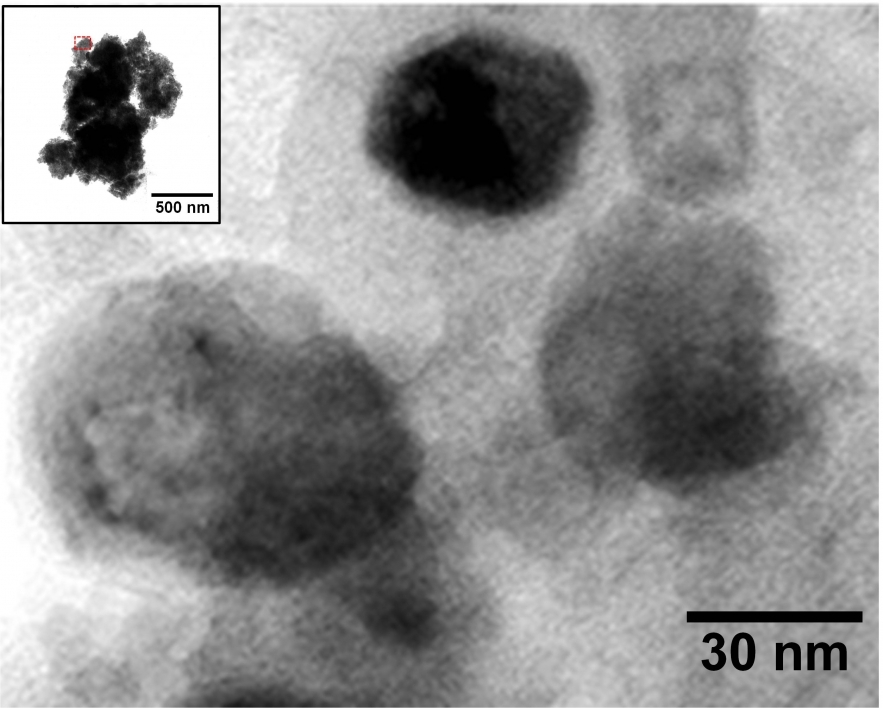 Image by Luca Bindi/University of Florence 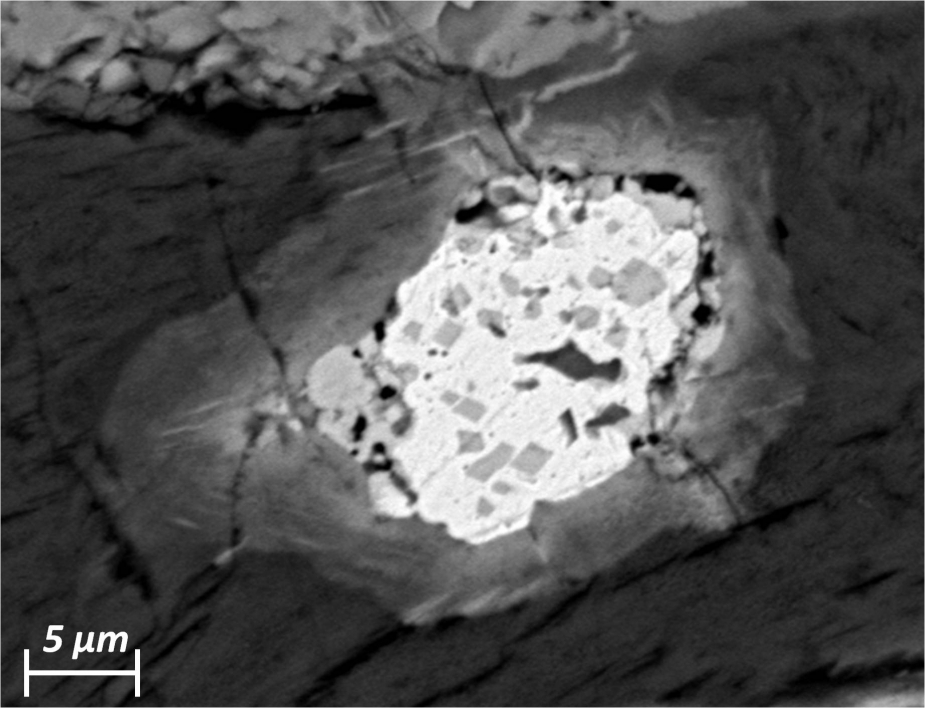 Microscope image of bridgmanite found in the Suizhou meteorite sample.

Image by Luca Bindi/University of Florence

Using high-resolution electron microscope imaging and spectroscopy, the researchers were able to conduct a set of complex analyses of the Suizhou meteorite sample in nanometer scale.

Through these analyses, the research team discovered metallic iron nanoparticles coexisting with bridgmanite in the shocked meteorite sample, representing the first direct evidence in nature of the iron disproportionation reaction, which so far had only been observed in high-pressure experiments.

“This discovery demonstrates that charge disproportionation can occur in natural high-pressure environments and therefore in the deep interior of the Earth,” Shim said.

The implications of this study, however, go beyond just this discovery and may ultimately help us understand the greater question of how Earth itself was oxidized.

“It is possible that when materials of the lower mantle are transported to the upper mantle by convection, there would be a loss of metallic iron and the oxidized iron in bridgmanite would cause more oxidizing conditions in the upper mantle,” Shim said.

“Our discovery provides a possible explanation for the more oxidizing conditions of the Earth’s upper mantle and supports the idea that deep interior processes may have contributed to the great oxygenation event on the surface.”