Arizona State University's Walter Cronkite School of Journalism and Mass Communication, in partnership with the Arizona Community Foundation, is launching a special yearlong project to cover the rise of youth suicides in Arizona, exploring the underlying causes and looking for possible solutions.

The effort will involve students and faculty from across the school, including Cronkite News, the news division of Arizona PBS, and programs such as “Horizon” and “Horizonte.” The project will include a half-hour documentary that will be broadcast across the state as well as an in-depth website and continuing coverage of the topic. 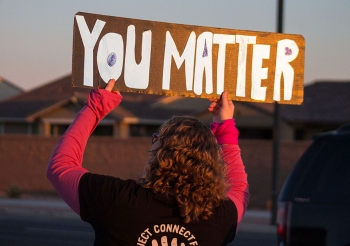 The special project and in-depth coverage is made possible through a grant from the Arizona Community Foundation, which has worked for more than 40 years to improve the quality of life in Arizona through philanthropy. The project follows a similar, three-year cooperative effort between the Arizona Community Foundation and The Arizona Republic that focused on the foster care system. That lengthy investigation revealed deficiencies in the system and explored potential solutions. The success of that partnership motivated the foundation to fund reporting on another challenging topic of concern to all Arizonans.

“In a time where media is challenged to provide quality reporting, ACF has successfully partnered with local media to provide support for investigative journalism,” said Steve Seleznow, Arizona Community Foundation’s president and CEO. “This model of investigative reporting has enabled our community to better understand the significant challenges and opportunities on very difficult and complex topics.”

The Cronkite School has completed two other major projects in recent years that called attention to some of the state’s biggest challenges. In 2015, more than 1 million people watched a statewide simulcast created by the Cronkite School in conjunction with the Arizona Broadcasters Association. “Hooked: Tracking Heroin’s Hold on Arizona” focused on the growing perils of heroin and opioid use in Arizona. It aired on all 33 broadcast television stations and 93 radio stations in the state. “Hooked” received numerous awards, including an Alfred I. duPont-Columbia Award, the first time a student project won the award.

And in 2017, “Hooked Rx: From Prescription to Addiction” built on the 2015 effort by investigating the alarming rise in prescription opioid abuse in Arizona. Students crisscrossed the state to produce a multimedia look into Arizona’s dependence on prescription pain medication and the toll addiction takes on families and patients. The project included a 30-minute investigative documentary aired by every Arizona television station and most of the state’s radio outlets, and more than two dozen stories, graphics and videos.

The Centers for Disease Control and Prevention recently reported that the rate of suicide among America’s youth between the ages of 10 and 24 increased by more than 50% for 2007–17, compared with 2000–07. Youth suicide is now the second-leading cause of death among people ages 15 to 24 in America.

“The increase in suicides among our young people is a frightening story that is largely untold and misunderstood,’’ Callahan said. “Through deep, fact-based and sensitive journalism, we hope to be able to tell these important stories — and help put a spotlight on potential solutions.”

The project would not be possible without the support of the Arizona Community Foundation, Callahan said. “We are indebted to Steve Seleznow for his vision and leadership.”

Cronkite students will analyze the underlying societal, cultural, technological and medical causes behind the increase in youth suicides and explore efforts being employed across the country to combat it. The goal is to build awareness while also driving change and uncovering possible solutions.

“By partnering with Cronkite, we are confident the investigation and reporting of a difficult topic will provide opportunities to impact change and improve these statistics over time,” Seleznow said.

Callahan and Seleznow discussed the partnership on Horizon on Wednesday.

Visiting Professor David Ariosto, an author and journalist who has managed, produced and written for National Geographic, Time Magazine, NPR, Reuters, CNN and Al Jazeera America, will lead a group of students who will report and produce the documentary as well as multimedia stories. Also helping to lead the initiative is Christina Leonard, executive editor of Cronkite News, which already is publishing student work on the topic.

Senior Associate Dean Kristin Gilger, who will serve as project manager, has assembled a team of experts to serve as advisers. “To tackle a topic as complex as suicide, we know that we need a lot of expert advice and guidance,” Gilger said. “This group also will help us provide training and support for students and faculty who participate in the work.”

The advisory council consists of representatives from a number of public and nonprofit organizations that offer programs and services related to suicide prevention.

TEMPE -- Sun Devil Football has announced its 2020 Signing Class, as numerous prospects made the decision to continue the academic and athletic endeavors at Arizona State University. ... TEMPE -- Sun Devil Football has announced its 2020 Signing Class, as numerous prospects made the decision to continue the academic and athletic endeavors at Arizona State University. 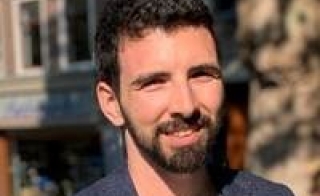