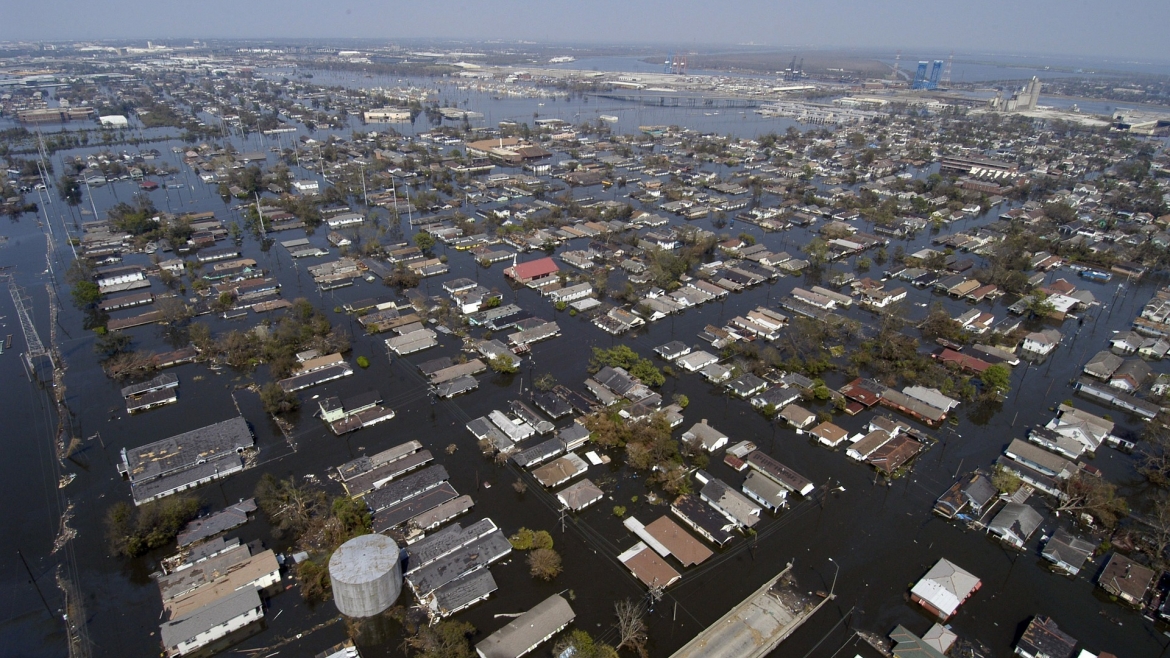 Downtown Phoenix campus
ASU professors on team to help Gulf Coast residents assess disaster risk.
What is needed to make a specific house resilient — and how much will it cost?
December 13, 2019

As the seas rise along the Gulf Coast of the U.S., thousands of communities must decide how to adjust to a new environment. Two professors at Arizona State University are part of a team that’s developing a new tool to help homeowners assess their risk and make informed decisions.

“We want to provide information to residents to learn more about the resilience of their house. Can you elevate your house? Can you put on hurricane shutters? And how much would that cost?

“We also want to increase the awareness around the hazard profile of your community. Has it had tornadoes in the past? Has it had floods, and where did they occur?”

The researchers envision a Zillow-type app in which residents can look up an address and instantly see all of this information.

Currently, much of the data already exists, and this project will pull it together in a consumer-friendly format. ASU houses a disaster-loss database, which Gall has worked on ever since she was a PhD student at the University of South Carolina several years ago. SHELDUS, or Spatial Hazards Events and Losses Database for the United States, shows events such as thunderstorms, flash floods, weather fatalities and property losses at the county level.

“Over time, we realized there’s a need in the community, especially the planning community and research community, to maintain this database, and a lot of our funding agencies don’t like to maintain things. They like to fund new things,” she said.

So when Gall came to ASU in 2017, she brought SHELDUS with her, and the Watts College of Public Service and Community Solutions agreed to provide startup money to create the infrastructure to house it. Now the database, which charges for subscriptions, is financially self-sustaining. But because ASU provided funding, all the data for Arizona is free.

Besides SHELDUS, other databases that will be in the new platform include FEMA mapping services, which delineate flood zones, and the Baseline Resilience Indicators for Communities at the University of South Carolina.

“You’ll have an information platform but also a visualization platform,” Gall said. “If you see a dot on the map and you see all the stuff that’s gone on around it, that gives you a much different visual impact than just a list of statistics.”

Crucially, the team also will study whether homeowners actually use the information.

“The whole premise is that more information does not always mean better decision-making. There’s plenty of research that shows this,” Gall said.

“That’s one of the pitfalls we want to avoid. Not just sharing the information, but presenting it in a useful way.”

The researchers will work with community members to avoid negative impacts, such as making sure everyone has access to the information tool.

This kind of information can be sensitive because many people in these communities have already been traumatized by weather disasters like hurricanes.

“There is research that shows that it is stressful for residents to think about how safe or unsafe their residence might be and people might prefer not to think about it,” Gall said. Mendoza, who is director of the Center for Applied Behavioral Health Policy, will be involved in evaluating the stress that this information could cause.

While the initial natural-disaster research will be focused on the Gulf Coast, Gall said the tool could be expanded to include the entire country.

“You could envision something like this with regard to heat in Arizona. What’s the insulation and how heat-resilient is a certain location?” said Gall, who teaches in the ASU Online Emergency Management and Homeland Security program. “In California, there’s plenty of information on wildland interface, vegetation that’s fire resistant and the history of wildfires in certain areas.”

Homeowners should know all the information about a residence before they buy it, including what their costs could be many years down the road, she said.

“There are many homebuyers who find out at the closing table that they are required to buy flood insurance,” Gall said. “That’s what we want to avoid, because the closing table is not the time to decide if you’re going to walk away.”

Arizona State University’s School of Social Work will offer a first-of-its-kind graduate program in Yuma, Arizona, that focuses on issues along the U.S.-Mexico border. Starting next summer, students can earn a master’s degree in social work with instruction through ASU’s Watts College of Public Service and Community Solutions.Applications are now being received and will be reviewed until the...

Arizona State University’s School of Social Work will offer a first-of-its-kind graduate program in Yuma, Arizona, that focuses on issues along the U.S.-Mexico border. Starting next summer, students can earn a master’s degree in social work with instruction through ASU’s Watts College of Public Service and Community Solutions.

Applications are now being received and will be reviewed until the first cohort of 30 students is welcomed for the 12-month course of study.

Apply to the MSW program

“Yuma is a critical region of Arizona, and we have always enjoyed great support for the work we do there,” said Jonathan Koppell, dean of the Watts College. “This new Master of Social Work program builds on the undergraduate social work programs presently offered on the Arizona Western College campus and continues our collaboration to serve the communities of southwestern Arizona.”’

James Herbert Williams, director of ASU’s School of Social Work within the Watts College, said the new program will provide those living and working in areas along the Colorado River an opportunity to earn a graduate degree in their own community that’s tailored to address specific issues and populations of the region.

“We train students to be social work practitioners with an understanding and respect for the unique social and cultural diversity of the Southwest,” Williams said. “Developing a graduate program that prepares students to practice in the borderlands advances this mission while strengthening the workforce in Yuma.”

The program will be open to all students who achieved at least a 3.2 grade-point average while receiving a bachelor of social work degree within the past six years from a program accredited by the Council on Social Work Education.

Courses will be taught on the campus of Arizona Western College in Yuma.

The new degree offering comes in response to a request from several graduates of Northern Arizona University’s Bachelor of Social Work program in Yuma who were seeking an in-person Master of Social Work program near them. The 12-month program in Yuma is unique in its design to build on the program developed by NAU to prepare social workers for practice near the U.S.-Mexico border.