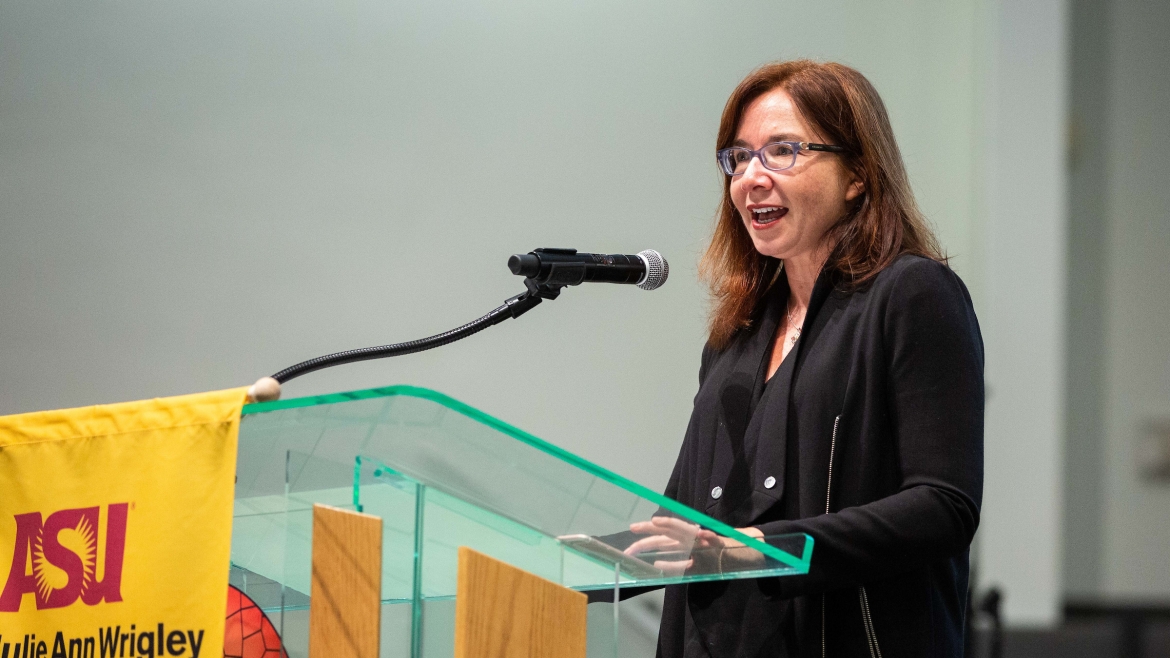 UN Champion of the Earth: Begin with agreement to change minds

Climate scientist Katharine Hayhoe was once invited to speak at a west Texas Rotary Club luncheon.

It was a tough crowd of Texas businessmen. Arms crossed. Bodies taut in chairs. Side-eye being thrown at the woman who’d invited her. Yeah, we’re going to have a talk about this later.

But Hayhoe, thinking quickly on her feet, had noticed a giant banner with the Rotary Four-Way Test on it when she came in. That test asked four questions: Is it the truth? Is it fair to all concerned? Will it build goodwill and better friendships? Will it be beneficial to all concerned?

She quickly rearranged her prepared talk and began. Arms uncrossed. Bodies relaxed. Expressions softened. She’d won over her audience by connecting with them on common ground.

That was the theme of a talk the world-renowned scientist and communicator gave last night in Phoenix about how to discuss climate change with skeptics of all stripes.

“Talking Climate: Bridging the Divides” was sponsored by the Julie Ann Wrigley Global Institute of Sustainability at Arizona State University.

Hayhoe is a leading climate scientist and professor of political science at Texas Tech, and she is well-known for engaging diverse communities, including evangelical Christians, in the climate change movement. She was just named “U.N. Champion of the Earth,” the United Nations' highest environmental honor, for her "stalwart commitment to quantifying the effects of climate change and her tireless efforts to transform public attitudes.”

About 5% of the population will never have their minds changed. And the rest won’t be swayed by brandishing reports saying climate change is human-caused, Hayhoe said. (Standing in the cavernous Pilgrim Rest Baptist Church in downtown Phoenix, she said a stack of those reports would reach to the roof.) 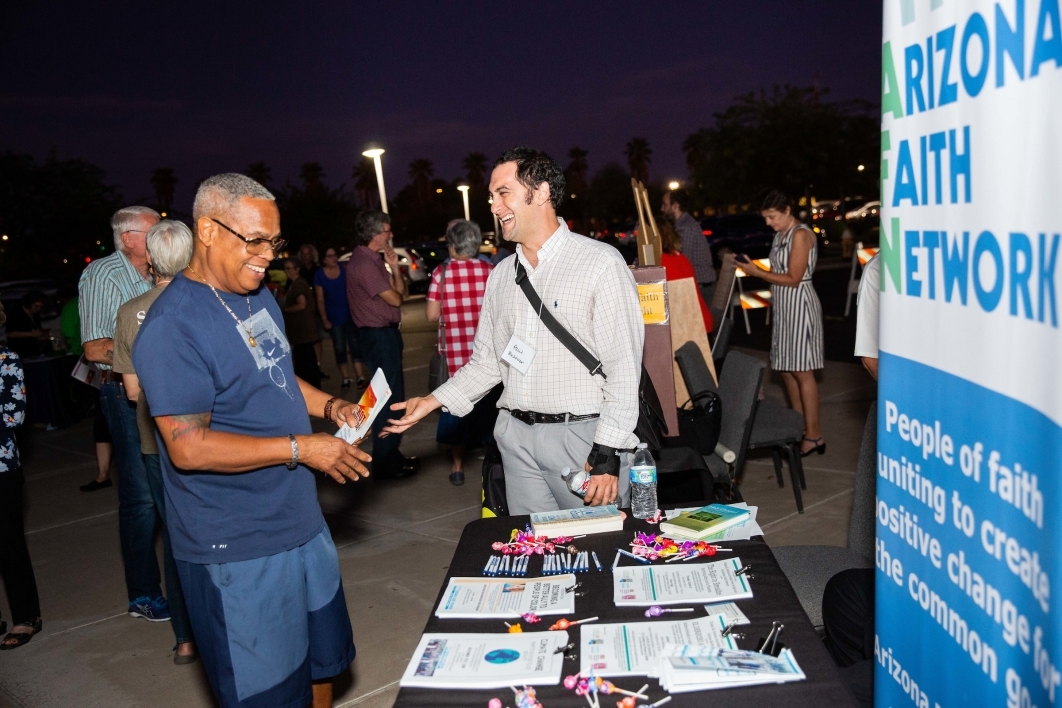 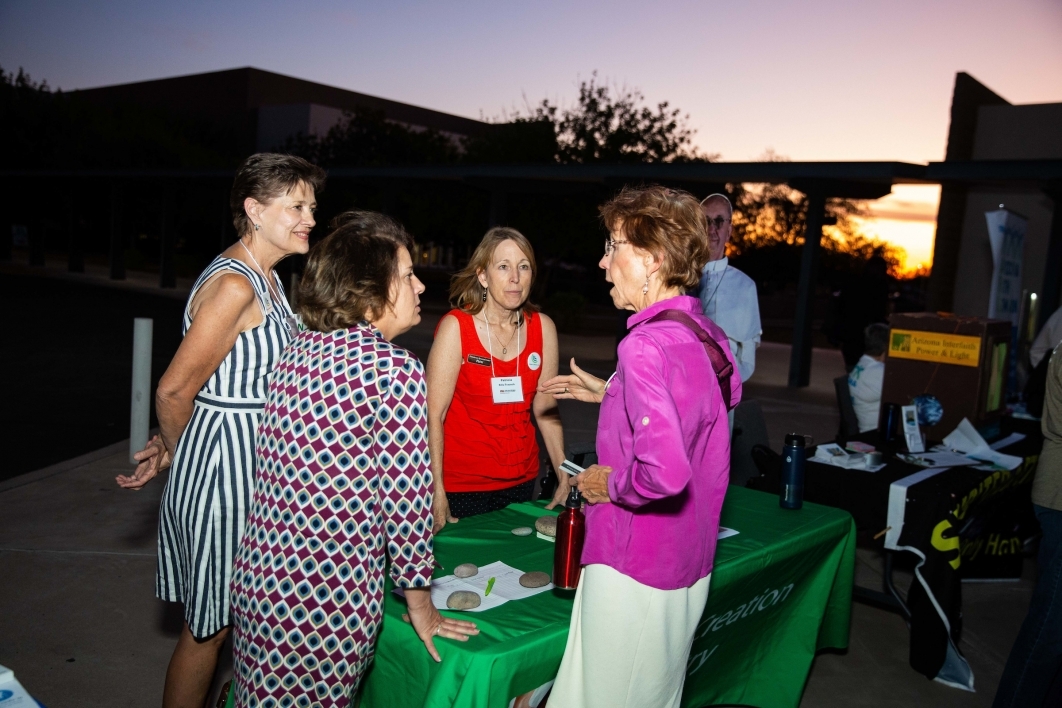 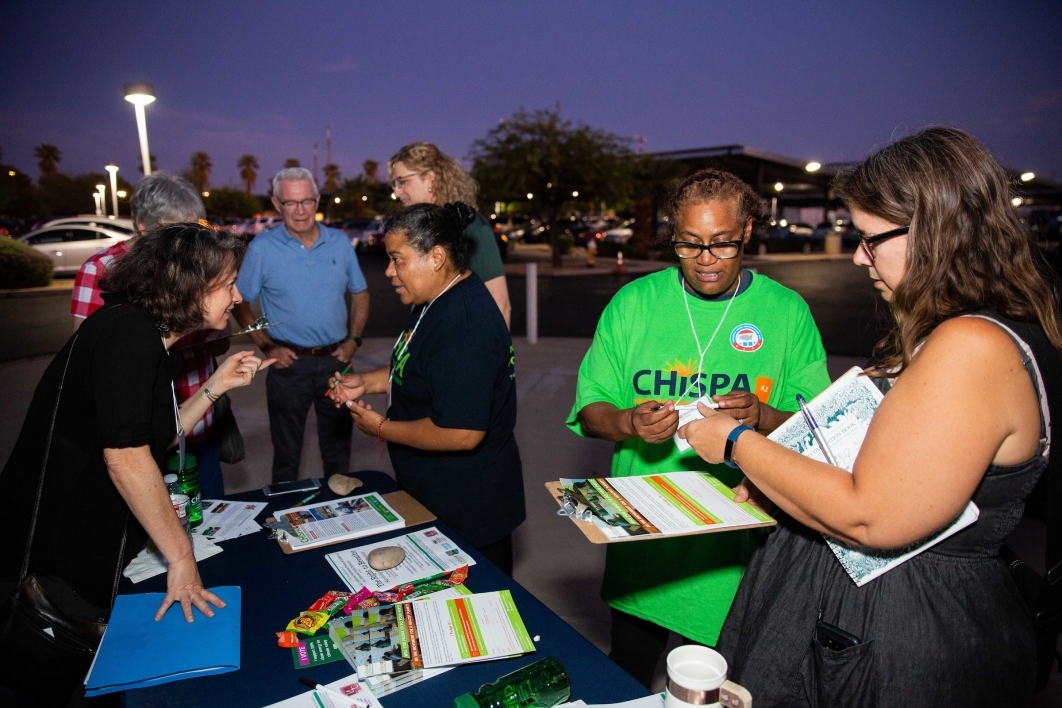 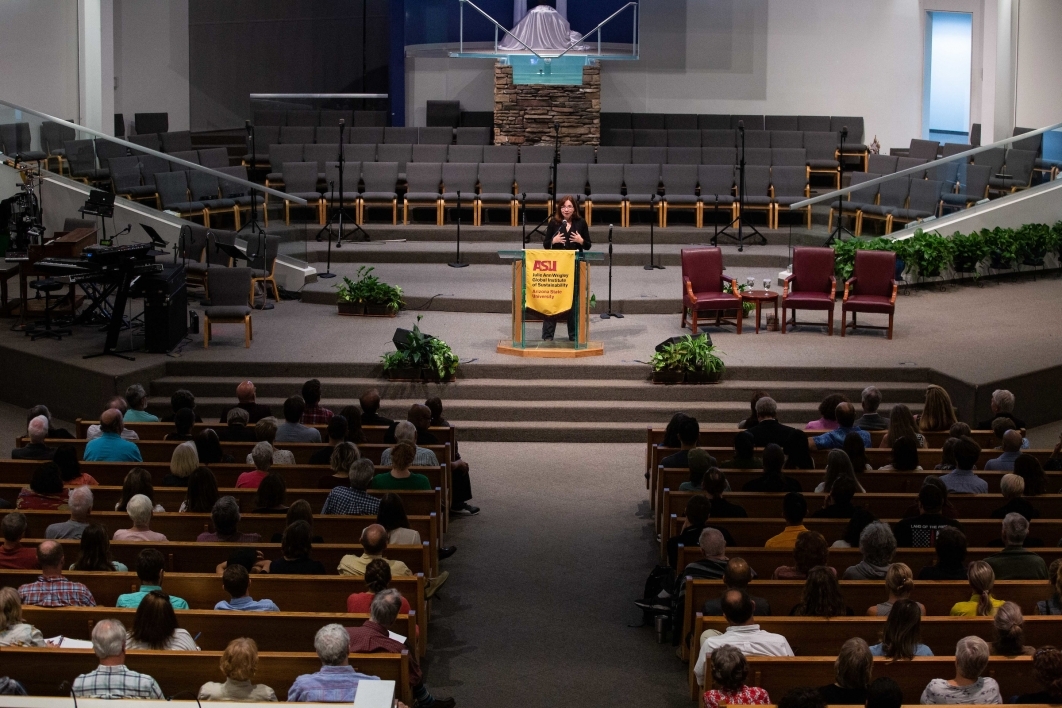 About 5% of the population will never have their minds changed, said climate scientist Katharine Hayhoe. And the rest won’t be swayed by brandishing reports saying climate change is human-caused — a stack of reports that would reach the roof of the cavernous Pilgrim Rest Baptist Church where she spoke Tuesday in Phoenix. 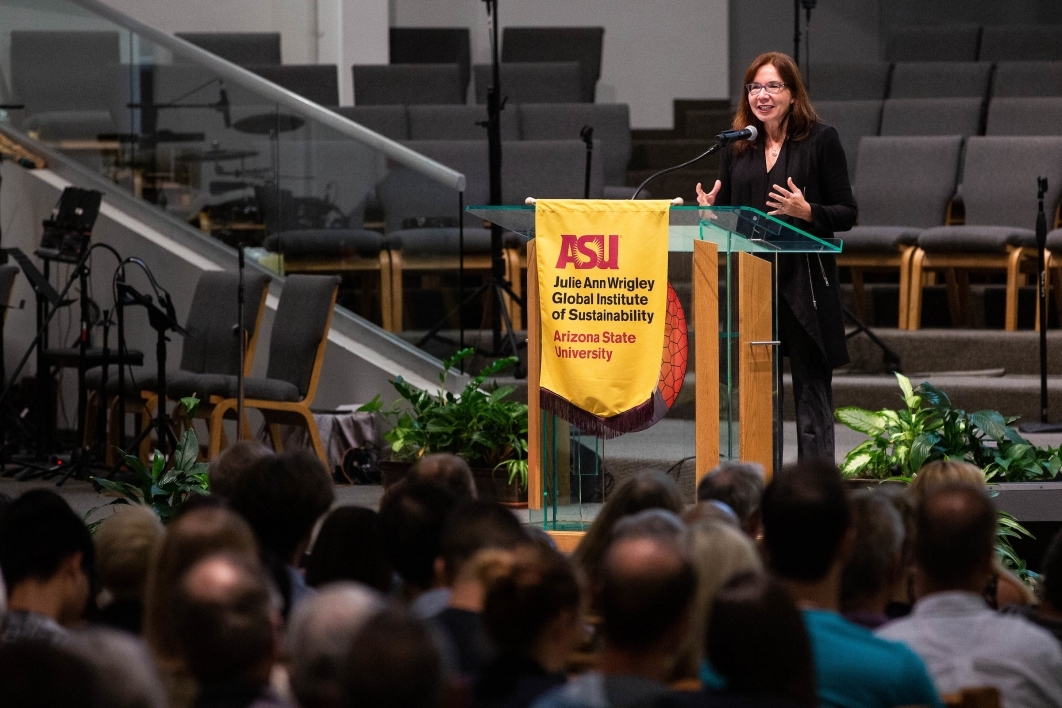 “If you don’t know what you agree with someone about, ask them questions and get to know them,” she said. Do you enjoy the same activities? Hiking, fishing, gardening? You live in the same place. Talk about why you enjoy living there.

“If you don’t find something to agree on, you’re not the right person to have that conversation,” she said. “If you cannot begin a conversation with that person with something you truly, genuinely agree on, then it’s not going to be a constructive conversation.”

But if you do, then you can turn the conversation around.

That might take different forms with different people. A scientist Hayhoe knows did a great deal of work taking down his skeptical father’s arguments against climate change. (There are hundreds of arguments against it. It’s a godless liberal atheist conspiracy. The Earth is going through a natural cycle. Where’s the warming when it’s so cold this winter? And so on.) Finally, the father — a fiscal conservative — ran the numbers on a rooftop solar installation. When he found out what he could save, he had it installed.

Not long afterward, the man was a believer. And he proudly proclaimed he was doing his bit — to anyone who would listen.

Top photo: Climate scientist and Texas Tech Professor of political science Katharine Hayhoe addresses the audience as she speaks about climate change and dialogue during part of the 2019 Wrigley Lecture Series at the Pilgrim Rest Baptist Church in Phoenix on Tuesday evening. Hayhoe is the best-selling author of eight books including "Climate for Change: Global Warming Facts for Faith-Based Decisions" and used the lecture to speak about climate change and what it means to us and the places that we live. Photo by Deanna Dent/ASU Now

Senior wideout Brandon Aiyuk has been added to the 2019 The Biletnikoff Award Watch List. ... Senior wideout Brandon Aiyuk has been added to the 2019 The Biletnikoff Award Watch List.