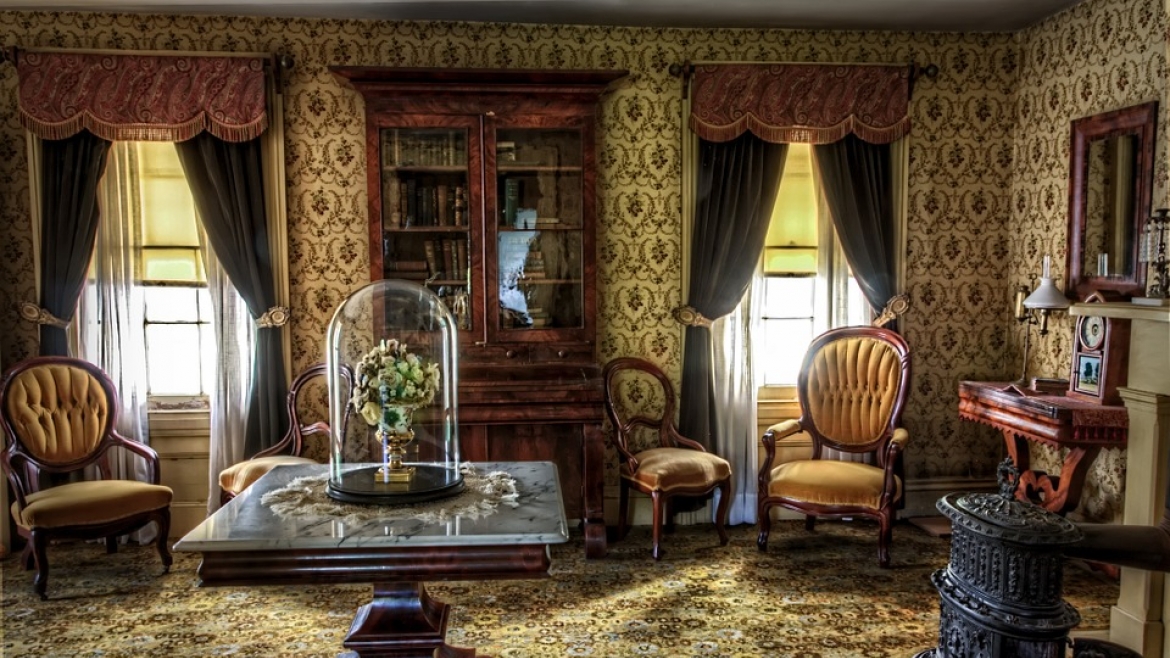 Every first Thursday in downtown Phoenix, a revolution is stirring at the Get Lit salon series, a recently revived community literary event facilitated by ASU’s Virginia G. Piper Center for Creative Writing.

To attend is to feel as though you’re part of a clandestine secret society meeting in a speakeasy. From Monroe Street, you turn down the alley between Cornish Pasty and the U.S. Bank building and walk until you come to a door crowned in glowing red letters that read “Valley Bar.” You enter and immediately descend a creaky wooden staircase. Two hard lefts and you find yourself at an almost hidden doorway, tucked away in a corner beside a wine shelf. The room is small and dimly lit with old-fashioned lamps. The vintage furniture, the wall of books and tchotchkes and the exposed joists and pipes overhead evoke the comfort and familiarity of a friend's parent’s basement in some bygone decade.

At the event’s inaugural revival salon Sept. 5, the topic of conversation is radical newspapers, independent publishing and social justice. The evening’s host is Rosemarie Dombrowski, principal lecturer of English in ASU's College of Integrative Sciences and Arts, and it’s fitting; when Get Lit was in its first iteration, Dombrowski served as the permanent host. Now, under the new model, each salon has a different host and anyone can submit ideas for the next salon’s discussion.

Inspired by 17th century salons that provided a space for intellectual discourse, Get Lit also now has a place to call home in this cozy underground corner of Valley Bar, something Piper Center communications specialist Jacob Friedman is grateful for.

“Having this space affords us the opportunity to grow and make this event more inclusive,” he told the crowd of about 30 who had gathered that first Thursday in September.

Things kicked off that evening with Dombrowksi announcing the completion of the first full issue of her latest publication venture, The Revolution (Relaunch). She describes it as “a revisionary, radical and creative resurgence of the weekly women’s rights newspaper founded by Elizabeth Cady Stanton and Susan B. Anthony in 1868.”

The goal of the paper (or “zineA zine is a small-circulation, self-published work of original or appropriated text and images.,” as Dombrowski is wont to call it) is to be a space for creative activism that highlights the local, grassroots social justice work of the community. It features everything from poetry to cultural criticism to creative nonfiction to interviews with activists and covers such topics as women and reproductive rights, indigenous rights, the Latinx community and the border, Black Lives Matter, LGBTQ rights and disability rights.

The Revolution (Relaunch) publishes the first of each month online and quarterly in print. Print copies are available for free at coffee shops and other small stores in and around Phoenix. They accept submissions year-round and encourage community members to contribute.

During the discussion that followed Dombrowski’s announcement, both the issue of accessibility and diversity were addressed, with salon attendees suggesting the publication also consider distributing via public transportation, where it might reach more people who could identify with its message, and also that the publication consider diversifying its editorial board, something Dombrowksi stated it is already aware of and strives for, even though she acknowledged it is mostly female at the moment.

“It has to grapple with something that is impacting a population negatively,” Dombrowski said, and that’s what she hopes The Revolution (Relaunch) will do.

“Every city needs a revolutionary publication,” she said.

At that point, one salon attendee asked those present if they’d ever heard of the Arizona Informant. A couple people raised their hands. The attendee, Phoenix resident Kirk Ivy, then explained that the Arizona Informant is an African American-owned newspaper published weekly in Phoenix.

“Black newspapers have been very important to social justice movements,” Ivy said. “We have to get out of the small universes that we live in. If we don’t reach out as individuals, we’re going to stay where we are.”

Dombrowski echoed Ivy’s sentiment regarding the role of publications in fueling social change.

“Zines have always been part of the cultural revolution,” she said, adding that she believes Emily Dickinson was a “zinester,” because even though she was only published in a newspaper four times in her life, “she was doing really radical work.”

“From Dickinson to Riot GrrrlRiot Grrrl is an international underground feminist movement that emerged from the West Coast American alternative and punk music scenes of the 1990s using zines as its primary method of communication., zines have been part of so many social revolutions; they’re a way to publish radical literature and a way to publish radical thought,” Dombrowski said. “But they have to be in and of the community.”

The Revolution (Relaunch) will be participating in the Piper Center’s Meet Your Literary Community event Saturday, Oct. 5, from 8 a.m. to noon at the Phoenix Public Market.

The next Get Lit salon will be held Thursday, Oct. 3, at 7 p.m. at Valley Bar. The topic is “Whose Gaze Is It, Anyways?,” and attendees can expect to ask themselves and each other such questions as, “How does colonization affect the creative process?”; “What is the white gaze?”; and “How do political, social and cultural discourses around specific ethnicities, races and groups shape the marketplace for literature?” Phoenix-based writer Rogelio Juarez will host.

Sophomore Nicole Douglas scored her eighth goal of the season, but the Sun Devils would settle for a 1-1 draw against CSUN to close out non-conference play. ... Sophomore Nicole Douglas scored her eighth goal of the season, but the Sun Devils would settle for a 1-1 draw against CSUN to close out non-conference play.