For over two decades, Jose Antonio Vargas was hiding in plain sight.

He was brought to the United States as a child and didn't know he was an undocumented immigrant until he turned 16. That's when he had to grapple with his existence and figure out what defines people, including himself, as Americans. 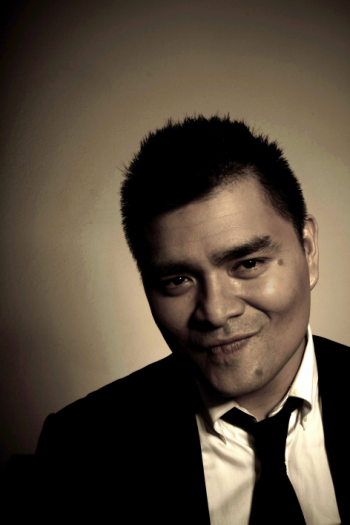 He lived with his grandparents in California, went to middle and high school, completed a university degree, worked as a journalist and won the Pulitzer Prize.

Vargas will talk about his life and its challenges and what it means to be an American in the 30th annual Flinn Foundation Centennial Lecture presented by Barrett, The Honors College at Arizona State University.

The lecture, titled “Define American: My Life as an Undocumented Immigrant,” is scheduled for 7:30 p.m. Thursday, Sept. 19, at the Tempe Center for the Arts. Tickets for this public event are required.

Vargas was a member of the team at The Washington Post that won the Pulitzer Prize in 2008 for coverage of the Virginia Tech mass shooting. Vargas also has worked for the San Francisco Chronicle, the Philadelphia Daily News and the Huffington Post.

In a June 2011 essay in The New York Times Magazine, Vargas revealed that he is an undocumented immigrant. He has said his impetus for writing the piece was to reveal his true identity, promote dialogue about immigration issues in the United States, and advocate for the DREAM Act, legislation that would provide immigrants who had been brought to the U.S. as children a path to citizenship.

He founded the nonprofit media and culture organization Define American, which was named one of the World’s Most Innovative Companies by Fast Company. His best-selling memoir, "Dear America: Notes of an Undocumented Citizen," was published by HarperCollins in 2018. Most recently, he co-produced Heidi Schreck’s acclaimed play “What the Constitution Means to Me,” which opened on Broadway in spring 2019.

In advance of his appearance in Tempe, ASU Now had a wide-ranging conversation with Vargas, touching upon his life, his book and his work. Here’s what he had to say.

Question: You say your book, "Dear America: Notes of an Undocumented Citizen," is about homelessness. What do you mean by that?

Answer: My goal in writing the book was not to talk about immigration in the usual way by focusing on policy and politics. I wanted to focus on what it feels like to be in this country illegally and the psychological effects of not having a home. With the laws that exist, I don’t exist. What does it do to a person when they live in a country that doesn’t see them? In a country they can’t truly call home?

Arizona is a prime example of this. There are about 300,000 immigrants living in Arizona who are undocumented and not recognized. They cannot legally call Arizona home. How has this affected them?

Q: In your 2011 New York Times Magazine piece, you said you were tired of running, tired of lying and tired of being afraid that you would be found out. Did it help to let people know your true identity? How have you been treated since you revealed yourself? What kind of response have you gotten? What fears remain?

A: I came out twice; once as gay when I was in high school and again as an undocumented immigrant years later.

Anyone who has hid in any kind of closet can tell you it’s personal and hurtful and carries a lot of weight. I felt my life started when I revealed to the world who I really am.

I get asked all the time, “Why don’t you just get legal?” Unless you are a Native American, your ancestry includes someone who came from somewhere else. People don’t understand immigration history or policy. They don’t understand why people leave where they’re from or how difficult, long and sometimes impossible the process of “getting legal” can be.

I can get detained at any point. I spent my 20s fearing that. I don’t fear that anymore because I have been arrested in the past already. What I am afraid of is letting this system that I can’t control take my freedom. My mind has to be free. I’m a filmmaker, a journalist and an author. The system may be able to limit what I can do and where I can go, but my mind must be free.

Q: What do you think about the current U.S. president and his views on immigration?

A: There is a quote from Maya Angelou, “When someone shows you who they are, believe them the first time.”

Why didn’t we believe him when he talked about immigrants, especially Mexicans, in his campaign? When he said they were rapists, and that maybe some were good people? We have an anti-Latino, and especially anti-Mexican, bias in this country. I think we owe Latinos, particularly Mexicans, an apology for politicizing this issue as much as we have.

This anti-immigrant bias is not new. I grew up in the era of Proposition 187Proposition 187 sought to deny public benefits, including health care and education, to immigrants residing in the country illegally. in California in the '90s. We’re living with what Prop. 187 brought. None of this is new, and it’s not surprising. Trump knew what he was doing when he chose immigration as his main campaign issue. In Arizona, you should know about this type of ideology, with Sheriff Joe Arpaio.

Q: What would you say to young people who are interested in immigration and social justice issues?

A: The history of our country shows that every significant movement has been led by young people, including the civil rights movement, the women’s movement and the LGBTQ movement.

You have a role, and silence is not an option. Silence is complicity. If you have privilege, what are you doing to use it for good?

How do you engage and learn to understand why people leave where they are to come to a country that doesn’t accept them?

A: I founded Define American to use storytelling to show how to look at the immigration issue in human terms and use the power of narrative to confront negative stereotypes people have about undocumented immigrants.

Our work at Define American is more important than ever. We have consulted with 39 television programs, including "Grey’s Anatomy," "Superstore" and "Roswell," to help producers, directors and writers look at how they discuss and represent the issue of immigration and immigrants on their shows.

We also work with (members of) the news media to help them understand and try to curb anti-immigration bias. We see the media parroting what the government is saying. How often do you see (in the media) the fact that immigrants contribute billions to the U.S economy? We are fed a narrative that most immigrants don’t contribute anything. The New York Times doesn’t even question it when they are given this kind of information.

We have 60 Define American chapters at colleges across the country. At one college, I talked with a young woman who said she is mostly influenced by her grandmother who watches Fox News. Through Define American, we encourage young people to become informed, develop their own opinions and analyze what it means to be an American.

We have a lot more work to do on the media side, in Hollywood, and all over the rest of the country.

The American Political Science Association (APSA) has award Narayani Lasala-Blanco, an assistant professor in Arizona State University’s School of Politics and Global Studies, with the 2019 Adaljiza Sosa-Riddell Mentor Award.Lasala-Blanco was chosen for this award thanks to her work in mentoring graduate students. According to the APSA website, the Adaljiza Sosa-Riddell Mentor Award is named in ...

Lasala-Blanco was chosen for this award thanks to her work in mentoring graduate students. According to the APSA website, the Adaljiza Sosa-Riddell Mentor Award is named in honor of the first Latina to earn a PhD in political science. The recipient is recognized for their exceptional mentoring of Latina/o students and junior faculty. 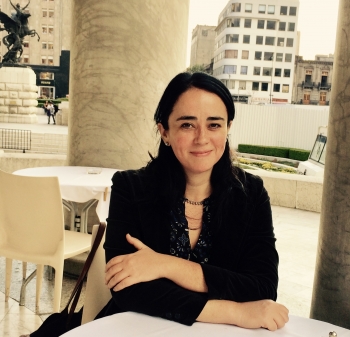 Shannon Schumacher, a graduate student with UC Santa Barbara where Lasala-Blanco was an assistant professor prior to joining ASU, was a field supervisor and teaching assistant to Lasala-Blanco.

Schumacher shared that through years of taking her classes and assisting with research projects, she received a unique perspective on the passion for and commitment to supporting students that Lasala-Blanco has.

For one of those projects, Lasala-Blanco and a team of undergraduate students spent a summer in Cuyama, California, to better understand the public perceptions of water and its use. She worked to recruit students bilingual in English and Spanish to conduct interviews in every household in the population. The bilingual students who participated in these types of research projects with Lasala-Blanco would ultimately go on to top 10 PhD programs in political science.

“While all professors interact with students in some capacity, I think what makes Professor Lasala-Blanco unique is her commitment to working with and providing opportunities for students to learn the ins and outs of academic research,” said Schumacher.

Lasala-Blanco joined ASU in the summer of 2018 as an assistant professor and an affiliate faculty member of the Center for Latina/os and American Politics Research. Her research specializes in the study of immigrant political integration, Latino and minority politics in the U.S., public opinion and political behavior. Her current work focuses on the development of civic skills among first-generation Latino immigrants in the U.S.