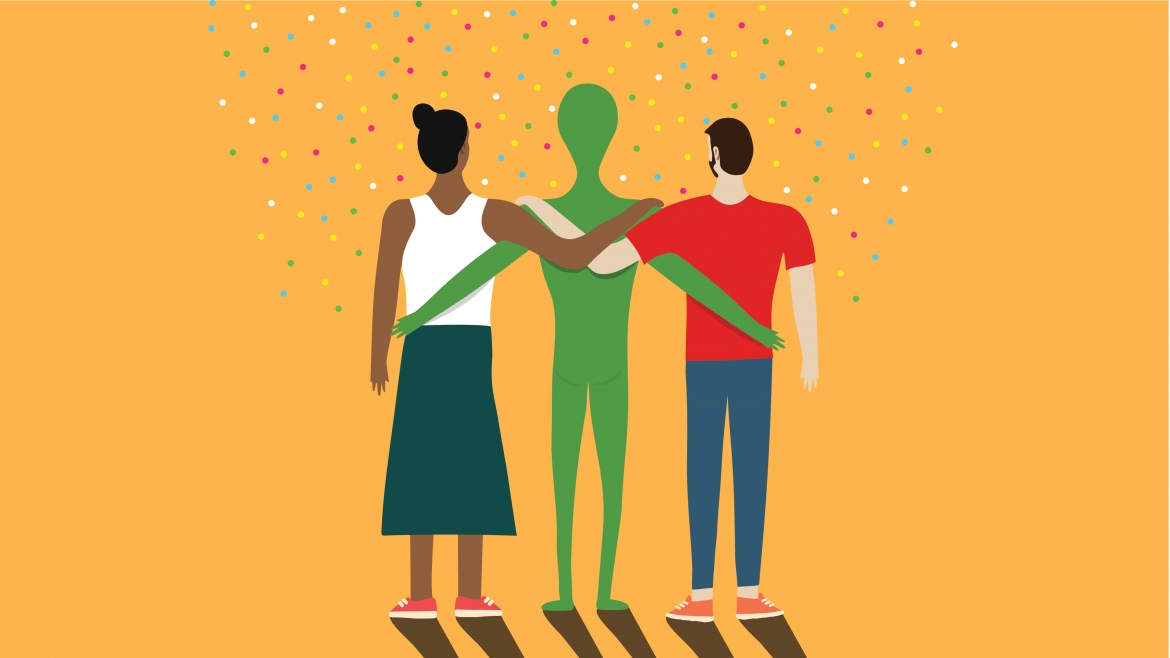 Hollywood has always imagined the arrival of beings from other worlds as the cause to run through streets screaming, call up fighter jets, or, when all else fails, send in Tom Cruise.

But according to preliminary results of an Arizona State University study, if and when alien life arrives, most of the human race will see E.T., not the Predator.

A pair of psychologists queried about 2,000 people across the world, and their responses were almost uniformly positive, whether it was the discovery of microbial or intelligent life.

“If you read these responses, a lot of them are largely positive,” said Jung Yul Kwon, a graduate student earning a master’s degree in social psychology.

Kwon and co-author Michael Varnum, an associate professor of psychology, were surprised.

The pair did an initial study of American reactions. Results were similar. When the saucers land, they can expect welcome wagons, not tanks.

“We really didn’t know what the results would be outside of the U.S.,” Kwon said. “I’ve always been interested in this American fascination with extraterrestrial life. I’m from Korea, and I don’t think Koreans would respond in quite the same way. I’m really interested in what people from other cultures would have to say.”

The only negativity was the British view of risks coming from contact with intelligent life. They felt it was somewhat risky.

Responses were free-form. Researchers analyzed them using a linguistic analysis program. A typical response came from Australia: “I would be absolutely excited about the new discovery and curious at the same time.”

The study is part of the School of Earth and Space Exploration’s Interplanetary Initiative, a pan-university effort to build the future of humans in space and create a bolder and better society. Questions of human space future across the whole landscape of human inquiry are be explored by teams integrating across the public-private-university sectors.

Varnum went to an Interplanetary Initiative meeting and wondered what psychology could contribute to the project. The study of international reaction to alien life arose from that.

They plan to collect data in developing countries next, Kwon said.

“It would be really interesting to ask the question in smaller-scale societies, or places where they don’t think about extraterrestrial life that much, and see what they have to say about the reaction to this sort of discovery,” he said.

Michael Tristano Jr., a doctoral student and a recipient of the Graduate College Completion Fellowship at Arizona State University's Hugh Downs School of Human Communication, received the Assistant Coach of the Year Award by the National Speech & Debate Association (NDSA) at their national tournament held in June in Dallas.  Tristano, who has been involved with speech and debate for more t...

Michael Tristano Jr., a doctoral student and a recipient of the Graduate College Completion Fellowship at Arizona State University's Hugh Downs School of Human Communication, received the Assistant Coach of the Year Award by the National Speech & Debate Association (NDSA) at their national tournament held in June in Dallas.

Tristano, who has been involved with speech and debate for more than 15 years, moved to Arizona in August 2015 to pursue a doctorate in communication. He was nominated by Nick Klemp, director of forensics at Phoenix Country Day School. 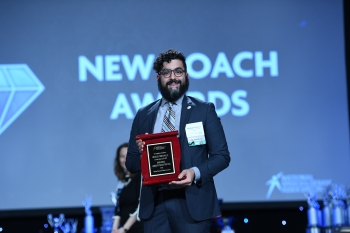 Michael Tristano Jr. receiving the Assistant Coach of the Year Award by the National Speech & Debate Association at their national tournament in Dallas. Download Full Image

In his letter to the association nominating Tristano, Klemp says he jumped to hire Tristano as an assistant coach even though they had never met, at the recommendation of multiple colleagues.

“I have learned so much working alongside Mike, and I would not be the coach I am without him as a colleague,” Klemp wrote. “His ability to connect with our students, foster their talent and humanity and motivate them to reach as high as possible leaves him without a peer in our community.”

Tristano says that the students at Phoenix Country Day School understand that their words matter and that communication has material consequences.

“As a coach, it’s part of my job to have really important, and sometimes really difficult conversations about what messages they want to craft,” Tristano said. “My role as a coach is never focused on trophies. I teach students that the greatest accolade they can receive in this activity is having someone listen to their story and their truth.”

Tristano added that all of the skills students need to become change-makers — including argumentation development, political awareness, style, confidence, hope, determination, advocacy and a hard work ethic — are learned through speech and debate.

“Michael received multiple teaching awards here at the Hugh Downs School, so it comes as no surprise that he is being honored for his excellent work coaching speech and debate,” said Linda Lederman, director and professor of the Hugh Downs School of Human Communication.