In the modern world, everyone is a potential outsider when it comes to civil rights, according to Sandra Day O'Connor College of Law professor and associate dean Zachary Kramer.

“Each and every one of us is different in some way,” Kramer said. “Each of us has a part of our identity that, if revealed, would mark us as outsiders.”

It’s the premise on which Kramer has based his new book, “Outsiders: Why Difference Is the Future of Civil Rights.”

In the book, he states that the work of civil rights used to be about integrating marginalized groups into civic life. But today’s landscape is very different than when the Civil Rights Act was passed in 1964. Kramer believes the concept of civil rights today is about accommodating difference, and the new targets of discrimination are those who stand out among their peers.

ASU Now spoke to Kramer about his book, which offers a new way to think about identity, equality and discrimination. 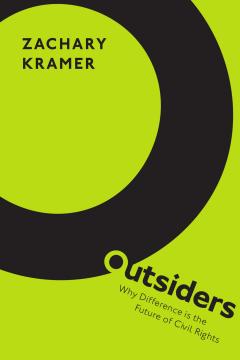 Question: What is the premise of your new book, and why did you feel compelled to write it?

Answer: For years — perhaps even as long as I’ve been a lawyer — the civil rights community has been frustrated about the state of equality law. The gist of the concern is that civil rights law is no longer equipped to handle discrimination as it exists today. The heart of our civil rights infrastructure dates to the mid-1960s, and since then discrimination has become more personalized and harder to pin down. At the same time, our understanding of identity has evolved. The result is a civil rights system that tends to shut people out.

My goal in the book is to try to develop a new way to right wrongs, to build a system that seeks to accommodate difference in the broadest sense. Imagine a civil rights regime that seeks to carve out space for people to be themselves fully, a regime that values expressions of individuality as central to the human experience. I wanted to develop a civil rights for everyone.

Q: Who would you describe today as an “outsider”?

A: We all are. There’s something about you, about me, about all of us that casts us as different. Maybe it’s an immutable trait, like race or a disability. Maybe it’s grounded in choice, such as religion. Sometimes it’s even just a fleeting preference. Maybe it’s all of these interacting in complex ways. Whatever they are, these differences define who we are and how we relate to the world around us.

The overarching claim in the book is that we are all outsiders. The experience of being different is universal. Each and every one of us has something about us that we would not be willing to sacrifice if asked. I’m interested in redirecting civil rights law around those aspects of our identities.

In legal terms, this requires a change in how we think about equality. The standard way of talking about equality is in terms of sameness. That’s the way civil rights is taught to kids: Deep down, fundamentally, we are all the same. I’m pushing back against that. Equality can also be about difference. We are all different. We have different needs and wants. What if equality meant accounting for these differences, making it so the law protects because of our differences, not despite them?

Q: Your book’s introduction states that civil rights from the 1960s is no longer about race or religion but “identity, equality and discrimination.” Given that things have changed a lot in 50 years, who is being discriminated against these days and by whom?

A: Let me be clear, I think traditional forms of discrimination remain a persistent social problem. A lawyer for the Equal Employment Opportunity Commission said to me recently that he was shocked to learn how many open cases of race discrimination there are that involve nooses. How is it possible that people can still treat each other this way? Civil rights law has done a lot of good in our society, but it hasn’t done away with discrimination completely.

Unfortunately, I’m not sure that’s possible anyway. Discrimination lives in culture. It’s something people to do one another. The question becomes how can the law help to develop strong norms against discrimination, to make it so people lose the taste for discrimination.

And that’s even harder as we become more diverse as a society. Gay people and trans people were simply not on Congress’s radar in 1964 when the Civil Rights Act became law. And that’s true of a lot of other kinds of people, too. Civil rights law tends to think about identity in terms of boxes. If the person fits into the box, the person can bring a claim. But the boxes are the problem. Identity is more complicated than a box. Each of us is so many different things over the course of a day, let alone a lifetime. The box is the problem. We can do better.

Q: You also state that “the future of civil rights must be about individuals and a right to personality.” That sounds almost indefinable and utopian. How do you make a distinction for this argument?

A: Does utopian have to be a negative thing? You’re talking to a guy that has a poster on his office wall that says, “Utopia in our time.” No one can convince me that too much equality is a bad thing. It’s also going to be hard to get me to say that the actual costs of creating equality are too high. We should aim high. We should want law to do whatever it can to make equality a reality.

But, sure, there are limits. I model my right to personality on the existing protections against religious discrimination law. To be religious under American law, an identity must occupy a space in the person’s life akin to religion. It need not be faith-based. For example, vegetarianism or atheism have both been found to be “religious” for purposes of equality law. And the practice or belief must be sincere, meaning that the person actually believes it and is not just saying it’s religious to get out of a work requirement. This becomes an issue for scheduling religious employees, as you can imagine.

My proposal is that the right of personality should follow the same contours. Does the identity occupy an important place in the person’s worldview and is it sincere? If so, let’s protect it. The law should be interested in cultivating authenticity. This is how it can do that.

Q: Who should read this book?

A: Everyone. This is a book about law, but it’s not a book just for lawyers. There’s no jargon, no legalese. There’s no convoluted legal analysis.

It’s a book overflowing with stories of real people who feel wronged in ways that have not traditionally been thought of as legal problems. A vegetarian bus driver who was fired because he refused to hand out coupons for hamburgers. A dental assistant who was fired for being too pretty. A lifeguard who couldn’t work because he did not feel comfortable wearing a Speedo. The bartender who lost her job because she could not bring herself to wear makeup. An office worker who is sent home because she smells bad. And so much more.

Civil rights law is the moral compass of American law. There are few legal questions that cut closer to the heart about what it means to be an American today.

Top photo: ASU Law Professor Zachary Kramer, an associate dean at the O'Connor College of Law, talks about his recently published book "Outsiders: Why Difference is the Future of Civil Rights." The book explores the evolving nature of discrimination and the resulting need for civil rights to innovate. Photo by Charlie Leight/ASU Now

US Army strategist joins ASU as professor of practice

Matt Cavanaugh, a new professor of practice in the School of Politics and Global Studies and an affiliated faculty member with the Center on the Future of War, was in Tempe this July to film a lecture for his first semester teaching online at Arizona State University.Lt. Col. Cavanaugh is an active-duty U.S. Army strategist with experience in 11 countries and assignments ranging from Iraq and the ...

US Army strategist joins ASU as professor of practice

Matt Cavanaugh, a new professor of practice in the School of Politics and Global Studies and an affiliated faculty member with the Center on the Future of War, was in Tempe this July to film a lecture for his first semester teaching online at Arizona State University.

Lt. Col. Cavanaugh is an active-duty U.S. Army strategist with experience in 11 countries and assignments ranging from Iraq and the Pentagon to Korea and New Zealand. He is also a co-founder of and a nonresident fellow with the Modern War Institute at West Point. His writing has been featured in the New York Times, the Washington Post, the Wall Street Journal, the Los Angeles Times, USA Today, the Chicago Tribune, ForeignPolicy.com and the Daily Beast, among others. 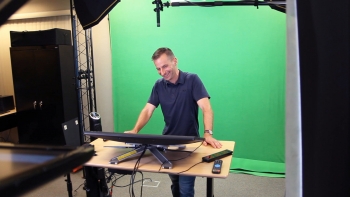 In his first semester, Cavanaugh will be teaching a course in ASU's MA in global security program. During his visit he took some time to share more about his research and what he hopes to accomplish while at ASU.

Question: As an active-duty U.S. Army strategist with many past accomplishments, what led you into your current field of study?

Answer: Life. In my early 20s I deployed to Iraq in 2003 and again in 2005. Ever since, I've endeavored to understand what it was all about, why it was so chaotic and violent and tragic and difficult. My career and academic paths have run in parallel ever since — and focused on better understanding war and military strategy.

Q: The Modern War Institute at West Point generates new knowledge for the profession of arms, enhances the West Point curriculum and provides the Army and the nation with an intellectual resource for solving military problems. What led you to co-found the MWI?

A: A threat. While teaching at West Point from 2012 to 2015, I noticed cadets really wanted to talk so much more about modern war, about what was dominating the headlines. And when former President Obama threatened the now infamous "red line" to deter Syrian regime use of chemical weapons … knowing how much the cadets would want to learn more about all the angles in that confrontation, I pulled together a panel and 200-plus showed up — without anyone forcing them. We did more events, built momentum, demonstrated the demand and MWI followed soon thereafter.

Q: Why did you decide to come to ASU as a professor of practice for the MA in Global Security online degree?

A: Luck. I happened to be speaking at New America/ASU's 2018 Future of War Conference and met the dynamic duo of Daniel Rothenberg and Jeff Kubiak and the rest, as I say, isn't just history, it's the firm foundation of a really meaningful and cool academic program.

Q: What do you hope to accomplish as you work at the university?

A: To learn. To forge a better compass in life and research. Above all, to get a little bit better.