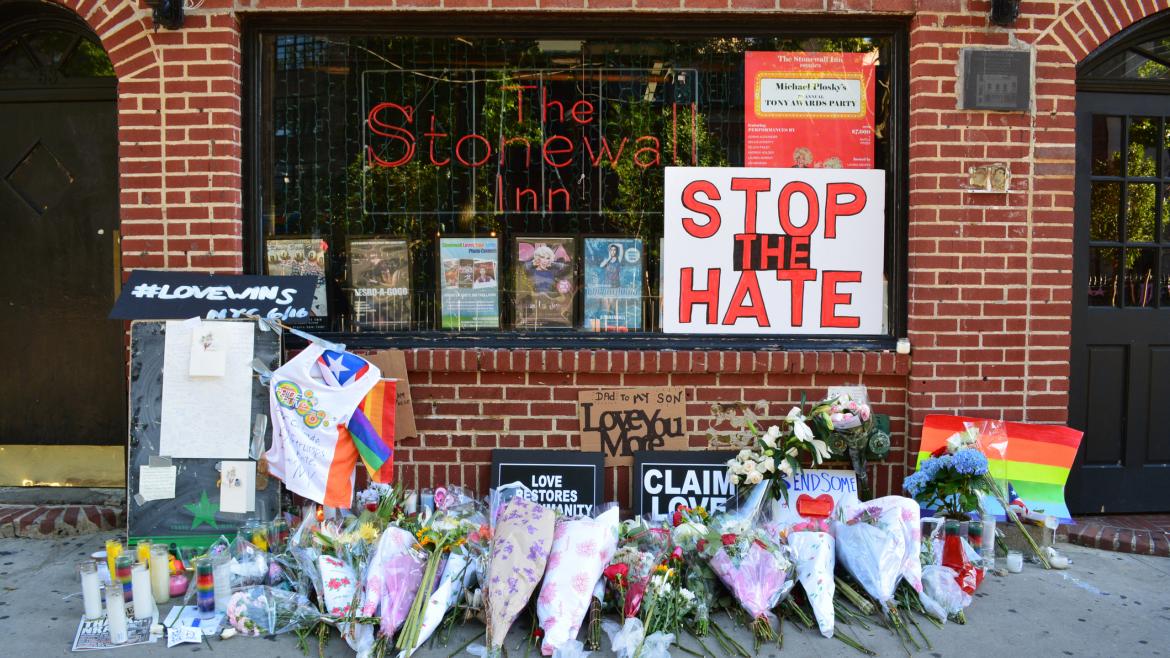 A more inclusive remembrance of Stonewall

There’s a scene in Season 1, Episode 2 of FX’s acclaimed series "Pose" that chronicles the ballroom culture of New York City in the late '80s and early '90s, wherein one of the main characters, Blanca, a transgender woman of color, is refused service at a popular gay bar. Noticing a fellow patron of color seated nearby, she calls out to him, “Have you noticed you’re the only one here with a year-round tan?”

“What’s your point?” he replies. “They don’t want us here,” Blanca says. “No. They don’t want you here,” he tells her, then goes back to sipping his drink as Blanca is approached by cops and thrown out of the bar.

The scene depicted takes place decades ago but the point it makes still resonates.

“Just as issues of race and gender discrimination are experienced in larger society, they’re also experienced within the LGBT movement,” said Marlon Bailey, associate professor of women and gender studies in Arizona State University’s School of Social Transformation and author of “Butch Queens Up in Pumps: Gender, Performance, and Ballroom Culture in Detroit.”

Today, 50 years after the Stonewall riots — a series of events many regard as the spark that lit the fuse of the modern gay liberation movement — the roles of the black and brown transgender individuals who played a part in its advent are often still overlooked.

Attempts to amend the historical revisionism can be seen throughout popular culture, from shows like "Pose," which boasts the largest cast of transgender actors ever, getting the greenlight; to the redesign of the iconic rainbow pride flag to include black and brown stripes for people of color and light blue and light pink stripes for the transgender population.

And as Pride Month comes to a close, people across the country are marking the 50th anniversary of the Stonewall riots in a variety of ways that aim to be more inclusive. ASU Associate Professor of English and MacArthur “genius” Natalie Diaz participated Wednesday afternoon in an event in New York City on behalf of the Andrew W. Mellon Foundation, Pride, Poetry & Power.

Later Wednesday, she participated in an event with Hilton Als, an associate professor of writing at Columbia University and a staff writer and theater critic for The New Yorker magazine whose writing has explored his identity through the lenses of his ethnicity, gender and sexuality.

As for Bailey, he just received news that he was appointed to the National Academy of Science's committee on the status of social outcomes for LGBTQ+ populations, where he will contribute to a report that will inform, influence and shape national conversations, policy-making and legislation on the social, health and wellness status of LGBTQ+ people in the U.S.

ASU Now sat down with Bailey to discuss how we remember Stonewall and why transgender people of color need to be part of that narrative. 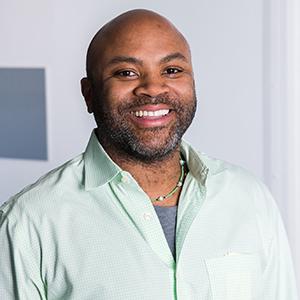 Question: Sylvia Rivera and Marsha P. Johnson, two transgender women of color, were notable participants in the Stonewall riots but are sometimes overlooked in historical accounts. Why is it important to remember the role of the transgender community in the gay liberation movement?

Answer: Often, issues around race among the LGBT community in the U.S. tend to get overshadowed or under-discussed, and sometimes made outright invisible. In our national imagination, we tend to view the LGBT community as white, and we tend to view the history of LGBT activism and the gay liberation movement as a white endeavor. We also often think of issues of race as only heterosexual, as is the case when we remember the civil rights movement. So when we think about the history of the Stonewall riots, which by all accounts was the mark of the contemporary gay and lesbian movement, it's important that we understand that that movement was and has always been a multiracial, multiethnic movement, and that issues around civil rights — particularly for people like Sylvia Rivera, Marsha P. Johnson and others — have been about the intersectional oppressions of heterosexism, homophobia, racism and white supremacy. That’s a really critical point because some of the same issues still confront LGBT communities today. For example, we see a disproportionate number of black and brown trans people being murdered annually, and media coverage of that is miniscule. So it's really important for us to think about how we remember who was at the forefront of these movements and not replace them with white people.

Q: Why did Stonewall happen when it did?

A: It was common for police to raid gay bars during that time, so you had this group of people who were getting really tired of that, tired of their rights and their personhood being violated. But I don’t think it was a planned, strategic response as much as it was a spontaneous reaction to the ongoing violence, the police brutality and the raids where people were getting arrested for existing, basically.

Q: Were there other uprisings like Stonewall taking place at this time?

A: There’s a long history of uprisings within the LGBT community. Susan Stryker (a historian whose work focuses on gender and human sexuality) makes note of an uprising that occurred in San Francisco a few years before Stonewall, known as the Compton’s Cafeteria riot, which was seen as the beginning of transgender activism in San Francisco. There's a reason why these two incidents are highlighted as the beginning of a movement, because they catapulted the issues confronting LGBT people throughout the country to the forefront of people’s attention. But we have to be careful when we remember incidents like these, because thinking of them as a one-time thing doesn't take into account the widespread harassment, violence and discrimination that LGBT communities have suffered throughout the history of this country. It's similar to the way the civil rights movement is remembered. The civil rights movement is remembered as a distinct period of time, when there were acts of resistance and civil disobedience happening long before then.

Q: Do we have any measure of what kind of progress has been made since then?

A: I was recently appointed to the National Academy of Science's committee on the status of social outcomes for LGBTQ+ populations. So we’ll be conducting a major report on the status of a wide range of issues that are confronting gender and sexual minorities, from treatment of the LGBTQ+ community in the criminal justice system to issues of health, immigration, labor and discrimination. We're also looking at the intersections of race, gender, sexuality, disability and class.

Top photo: A memorial was erected outside the landmark Stonewall Inn in honor of the victims of the mass shooting at the "Pulse" nightclub in Orlando in New York City in 2016. Photo by Getty Images

More than 60 high school students from Arizona, California and Texas recently spent a week on the Tempe campus at Arizona State University where they studied the Constitution and Abraham Lincoln in the second annual Civic Leadership Institute from the School of Civic and Economic Thought and Leadership.

The Civic Leadership Institute, hosted June 16-21, is a free program for any high school student interested in learning more about the Constitution and American principles. Led by the school’s faculty, students spent four days studying famous court cases and decisive moments in the Lincoln presidency. 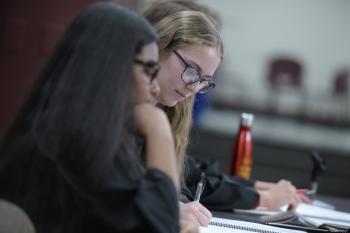 Students spent the final day at the camp in a moot court, where they presented and debated famous cases that have appeared in front of the Supreme Court.

The program was split into two separate tracks: Constitutional Rights and Liberties, and Abraham Lincoln and the American Principles. On the final day of the institute, both groups came together to listen to each other perform either moot court — where the students simulated famous U.S. Supreme Court cases about freedom of the press, freedom of religion, the right to bear arms, due process of law and equal protection under the law — or cabinet battles between different members of Lincoln’s cabinet on the issues of emancipation, the Civil War and more.

The students who attended the Civic Leadership Institute recognized how crucial it is to be informed citizens despite the fact many of them cannot vote, yet.

“In order to be educated citizens when we grow up and vote, it’s important for us to understand the Constitution, the rights it protects and the rights we have,” said Sowmya V., a student at Desert Mountain High School in Scottsdale.

“If we’re educated and have the knowledge we can go back and share, it makes a much more informed people and public,” said Gustavo C., a Brophy College Preparatory junior. “We can use that information to go out on Election Day and make informed decisions and be better citizens of our country.”

In addition to the courses, students also had the chance to explore life on the ASU campus, as well. They lived at Barrett, The Honors College’s residence hall, spent time at the Sun Devil Fitness Complex, hiked “A” Mountain and visited the Hayden Library.

"(The program) gives you really great insight on what life would be like at ASU,” said Lexie S., a student at Veritas Preparatory Academy who also attended last year’s Civic Leadership Institute. “You can see the great teachers and great opportunities, and they talk about the amazing stuff. The campus here is so beautiful.”

The Civic Leadership Institute is in its second year and has doubled in size in that time. The program began through inspiration from like-minded concepts at the University of Notre Dame, Yale and Princeton in an effort to expose high school students to a Socratic, small-class environment while introducing them to dorm life on a university campus. The first cohort of the Civic Leadership Institute brought together 32 students from Arizona to study the Constitution.