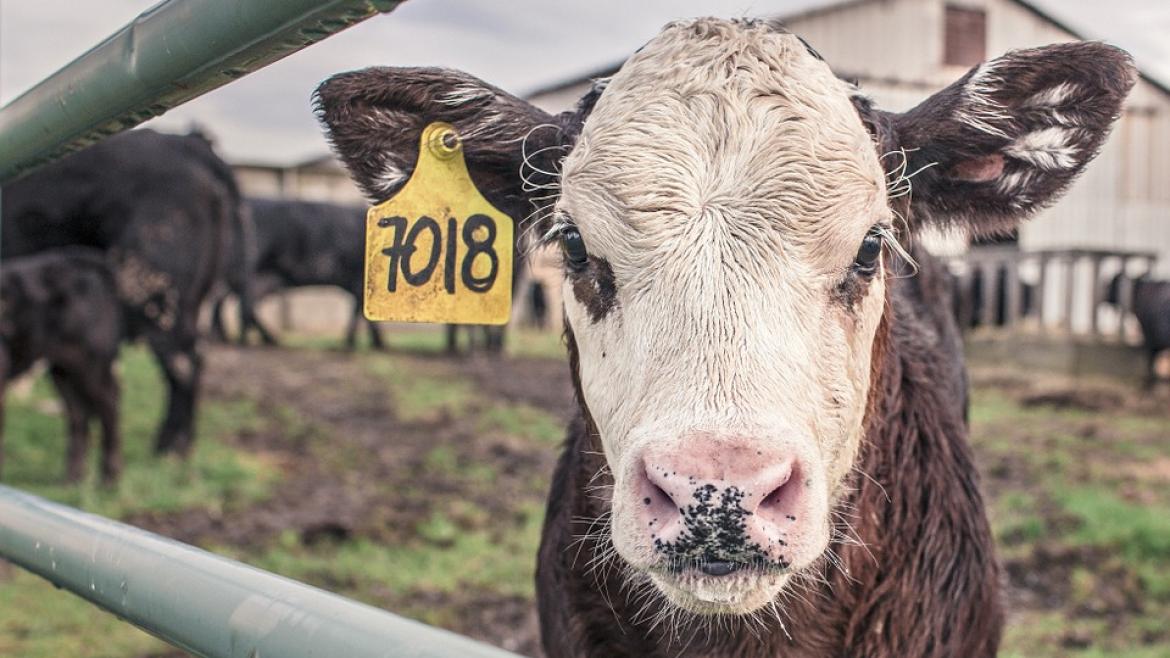 The environmental impact of the protein we consume

Whether you’re a bacon fanatic, a vegan or somewhere in between, the choices you make about the foods you consume reverberate much further than your own body. As more consumers become aware of this, demand for sustainably sourced foods is on the rise. Yet personal health remains an important consideration.

So how does the average consumer weigh both the nutritional quality and the environmental impact of a food? Until now, they couldn’t. But thanks to recently published research that included ASU College of Health Solutions professors Carol Johnston and Chris Wharton as authors, there now exists the basis for such a tool. 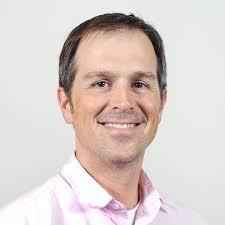 “This paper is as much about consumers making choices right now as it is about the future of protein,” Wharton said. “Because this is one of the most important sustainability questions of our time.”

Hoping to address the growing conundrum, Wharton, Johnston and colleagues built an algorithm to assign a score to some of the most commonly consumed protein-rich foods and rank them based on their efficiency at delivering the most protein at the smallest cost to the environment.

Protein values were calculated taking into account its bioavailability, which refers to the fact that protein is absorbed differently depending on what food it comes from. Generally, protein from animal foods is easier to absorb than protein from plant foods because plant sources are often high in fiber that acts as a barrier to digestion.

Researchers focused on protein-rich foods because protein is not only one of the most important factors in a healthy diet, but also where most resources go in terms of food production.

“There’s consensus developing now around how existential the climate crisis is,” Wharton said. “Central to that is our food production system, and then, vital to that is how we produce protein.”

What they found was foods like peanuts and protein powders were most efficient at delivering protein with a small environmental cost, while cheeses, grains and beef were least efficient.

“We can do the exact same thing with proteins now. You can say, beef and white rice, these sorts of things are ‘sometimes’ foods; they're indulgences. You have those once a week or less, maybe once a month. But peanuts and chicken and those sorts of things, you can eat those on a weekly basis. It helps people make those decisions.”

The fact that protein powders ranked so high in efficiency was surprising to the researchers, because they contain whey, an animal product.

But, Wharton reasoned, that could be because there are two major contributors to environmental impact when it comes to protein-rich foods: on-farm contributors, such as crop fertilizers and gas emissions, and manufacturing contributors.

“So some of these products that are plant-based but require processing could end up having more of an environmental impact than you realize,” he said.

In the case of whey, its surprising ranking derives from a quirk in its LCA that attributes less environmental impact to dairy products than beef products. 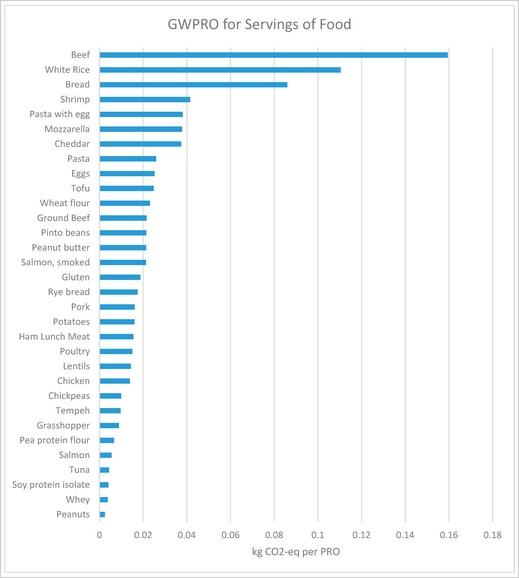 GWPRO (Global Warming Potential Ratio) is GWP in kg CO2-eq per serving divided by PRO per serving to capture the protein content and quality in the environmental comparison of protein sources. Standard deviation is not reported here as values are the result of a ratio with PRO. Foods with higher GWPRO are less efficient at delivering protein while having little environmental impact. Chart courtesy of Sustainability academic journal

Salmon and tuna also ranked high for efficiency, but only when they were wild-caught.

Researchers believe the rankings could be extremely useful for those who have tried to adopt vegetarian or vegan diets but failed.

“We have some other research that shows very few people striving to be vegetarian or vegan achieve it long-term,” Wharton said. “But maybe it doesn't have to be so absolute. I kind of want to break the norm of absolutism in dietary choice and restriction. I think you could be plant-forward and eat beef only really rarely and eat tuna and salmon quite a bit more often and chicken here and there, and you're achieving a diet that's more sustainable and of high protein quality, maybe even more so than your standard vegetarian, who's totally committed.”

The rankings could also be useful when determining what kinds of foods to send in aid for those in need around the world.

“In the U.S., we have a lot of food,” Johnston said. “But if you go around the world, there's a lot of protein malnutrition. And if you're going to be feeding these billions of people outside the U.S., you can't feed them something that isn’t sustainable.”

In addition, certain populations who are known to be protein deficient, such as the elderly and vegetarians, could benefit. Johnston and Wharton have pitched two studies to the USDA to pursue research along those lines.

“Right now, there's just one recommended dietary allowance of protein for everybody,” Johnston said. “Regardless of whether you’re elderly, young, a vegetarian or an omnivore.”

But previous research of hers found that vegetarians in particular should be consuming at least as much as 20% more than omnivores, due to the low digestibility of protein from plant food sources. 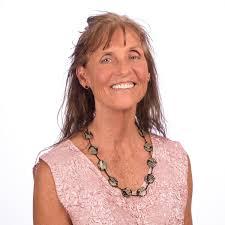 This was a first-time collaboration for Johnston and Wharton, who specialize in vegetarian nutrition and food systems sustainability, respectively. Both agree their findings wouldn’t have been possible without an emphasis on interdisciplinary collaboration.

“This is a cross-disciplinary question that requires a lot of different expertise,” Wharton said. “I feel like it’s a perfect example of how ASU ought to and does operate, pulling people together who have these different skill sets to come up with practical solutions to real-world problems. Because the food system is central to our survival on the planet.”

Ramona Ramadas is on a roll. In the last year, the Arizona State University Edson College of Nursing and Health Innovation graduate student has participated in several pitch competitions, winning more than $60,000 to help bring her health care startup to life.Her business idea focuses on serving individuals who struggle to get the personalized care they desperately need due to homelessness, incarc...

Ramona Ramadas had the business idea but needed the tools and structure to help her bring it to life, both of which she got at ASU

Ramona Ramadas is on a roll. In the last year, the Arizona State University Edson College of Nursing and Health Innovation graduate student has participated in several pitch competitions, winning more than $60,000 to help bring her health care startup to life.

Her business idea focuses on serving individuals who struggle to get the personalized care they desperately need due to homelessness, incarceration, addiction or lack of insurance. 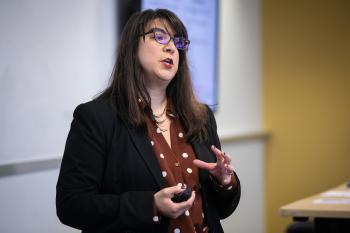 Ramona Ramadas, a graduate student in the Edson College of Nursing and Health Innovation pitches her venture New Trails Navigators at ASU's Demo Day on April 19, 2019. To date, she's won more than $60,000 from multiple funding compeitions to invest in her health care startup. Photo by Charlie Leight/ASU Now

To address this widespread problem, Ramadas created New Trails Navigators, which connects at-risk folks with peer health navigators who are uniquely qualified to guide them toward sustainable health and wellness.

“Our peers understand these problems because they've overcome the same issues. They can establish rapport with struggling patients, identify a more whole-person set of needs, and provide support when and where the patient needs it most,” Ramadas said.

With a background in nursing and software development, Ramadas said she has never been short on ideas for tackling some of the more frustrating aspects of health care. But she was lacking something else.

“I didn’t really have a great framework for bringing my ideas to life. So when I was looking for programs to take my career to the next level, I chose the Master of Healthcare Innovation program because it provided that structure. I love the seven pillars of innovation, and I felt like it was a natural fit for me.”

Another perk is that the Master of Healthcare Innovation program is online, and Ramadas lives in Washington.

Once in the program, she was encouraged to pursue some of the concepts she was coming up with by Rick Hall, senior director of Health Innovation Programs in the Edson College.

“ASU has long supported all students with entrepreneurial aspirations,” Hall said. “While some online students might assume it’s difficult to tap into ASU’s Entrepreneurship and Innovation support remotely, Ramona embraced every opportunity to seek funding and mentorship through the HEALab, Venture Devils and more. Despite living outside of Arizona, Ramona has engaged every resource available for her venture, and she’s recognizing success because of it.”

That success started when Ramadas entered her first funding competition, which was the Alliance for the American Dream, an initiative of Schmidt Futures.

Ramadas was one of a handful of finalists selected to receive $50,000 in funding to help refine her idea.

In addition, Ramadas was chosen to be part of Venture Devils. She participated in her first pitch competition through that program in November 2018 and won $7,500 from the Pakis Social Innovation Challenge.

She was also selected out of a large number of applicants to present as a finalist at the first ever "Nurse Pitch" competition at the Healthcare Information and Management Systems Society (HIMSS) conference in Florida. Her pitch earned her third place and $2,500.

“It was an honor to be selected for this program! I love any opportunity to build relationships with my fellow nurses, and I am very proud to be a nurse. We are natural innovators. ASU has known this for a long time. I am happy that HIMSS and the American Nurses Association put a formal program in place to showcase nursing innovation.”

Most recently, she participated in round two of the Pakis Social Innovation Challenge on Demo Day, pitching her idea to a group of potential investors. That was in April; she ended up winning $2,500.

Each of these opportunities has bolstered her pitching skills, helped her clarify her idea and allowed Ramadas to continue to invest in her business.

“Our successful fundraising has allowed us to not only build an early prototype for New Trails, but we've also been able to secure Innovation Partner status with a program serving the Medicaid population in Washington,” Ramadas said.

Next steps include building out the components of the platform, developing and creating training for the peer navigators, possibly designing a phone app and more.

There’s still a lot to do, but Ramadas is up to the task and feels like the momentum from all of her fundraising is helping to propel things in the right direction and at the right pace.

For her fellow nurses and health care providers, Ramadas offers this insight when it comes to pursuing their own potential business ventures.

“Keep the patient at the front of your thoughts. What do they want? What do they need?  What are their barriers to success? Keeping the patient in your vision is the most important thing you can do. Innovation should come from what you see and hear, not only what sounds exciting in technology or entrepreneurship today.”