ASU engineer's 'rad' little board set to go to space

Dangerous radiation is a fact of life in space.

Astronauts are exposed to 50 to 2,000 milli-Sievert of radiation while in orbit, or the equivalent of 150 to 6,000 chest x-rays — well beyond the recommended lifetime dose. Electronics, though hardier than humans, also suffer from the harmful effects of radiation aboard the spacecraft and satellites that make space exploration possible. 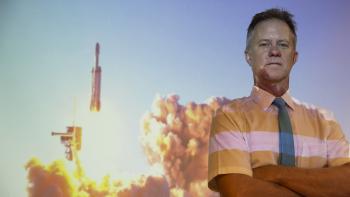 Hugh Barnaby, a professor of electrical engineering in the Ira A. Fulton Schools of Engineering at Arizona State University, has made a career out of developing ways to protect electronics in harsh environments. This month he’ll be launching his second experiment into space to further study radiation’s effects on electronics.

Observing radiation damage at the source

While we can test for radiation’s harmful effects on electronic components on Earth, there’s a catch. Scientists mimic long-term space missions by conducting experiments with comparable radiation sources such as gamma rays over periods of months, but this gets very expensive. Shorter-term tests that save time and money are possible, but a mysterious effect arises.

The Enhanced Low Dose Rate Sensitivity effect, called the ELDRS effect, describes a phenomenon in which a small dose of radiation over a long period of time is more damaging to electronics than a larger dose all at once. Scientists have well-established theories on why this effect occurs, but there is little data from electronics in space to confirm the effect. 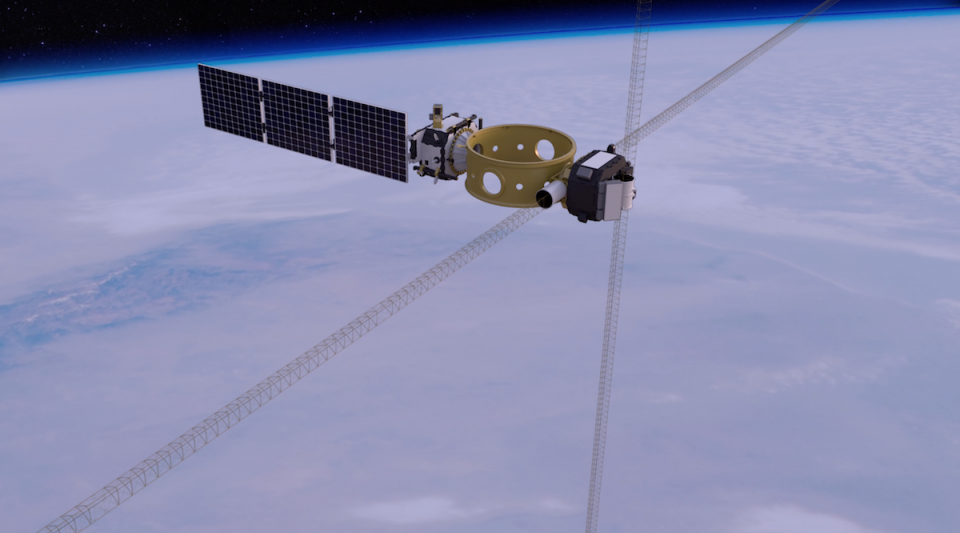 Barnaby’s experimental platform, also called ELDRS, is the first time its namesake effect will be observed on transistors in real time while in space.

Aboard the U.S. Air Force’s Demonstration and Science Experiments (DSX) spacecraft, Barnaby’s ELDRS experiment joins CREDENCE, DIME and COTS-2 radiation effect experiments from researchers at European and U.S. universities that make up the NASA Space Environment Testbeds (SET) mission. The DSX is one of eight satellite instruments that are part of the STP-2 mission planned to launch June 24 on the SpaceX Falcon Heavy rocket using recycled boosters.

Together, the SET experiments will help scientists learn how to protect satellites in radiation-filled outer space, specifically in an area known as the slot region.

“There haven’t been too many measurements to tell us how bad things get in the slot region,” said Michael Xapsos, a member of the SET Project Scientist Team at NASA’s Goddard Space Flight Center. “That’s why we’re going there. Before we put satellites there, you have to be aware of how variable the environment is.” 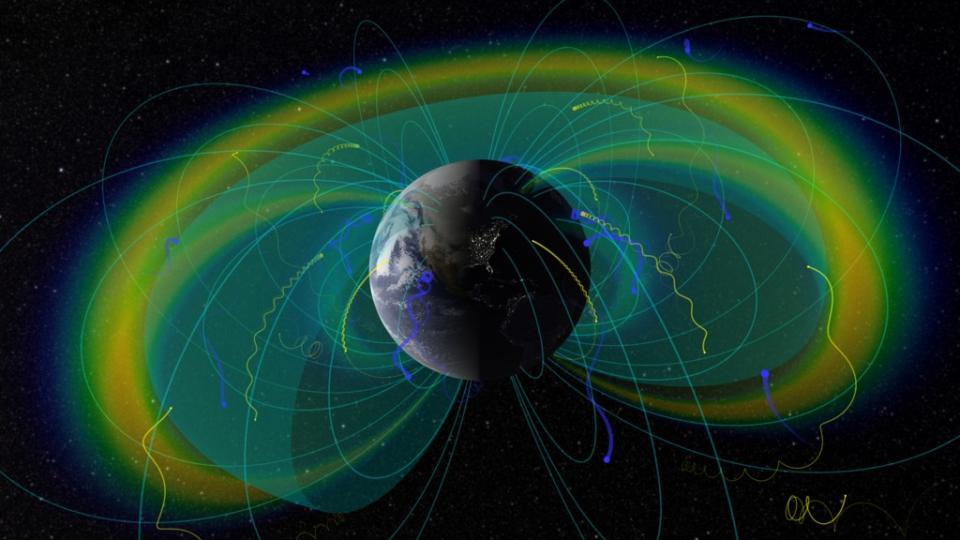 The ELDRS experiment aboard the U.S. Air Force DSX spacecraft will settle into an elliptical orbit about 12,000 miles away from Earth’s surface in what is called the slot region — an area that passes between the two donut-shaped belts of radiation called the Van Allen belts. The belts are filled with trapped high-energy ionized protons and electrons trapped by Earth’s magnetic field. Photo: Shutterstock

A send-off years in the making

More than two decades ago, while working as a researcher at Mission Research Corporation in Albuquerque, New Mexico, Barnaby was part of the design team for a different ELDRS phenomenon test called the Microelectronics and Photonics Test Bed, or MPTB. The experiment was considered a success, sending back actual data collected from space for all circuits tested — all except the transistors, which failed before the research team could get any data.

Barnaby was determined to see the testing through and successfully measure the effects of space radiation on transistors. It was then he began leading his own experimental design to test the ELDRS effect, focusing on the remaining piece of information the MPTB was unable to get.

“There’s a little bit of nervousness, I suppose, because you just never know that it’s going to work,” Barnaby said of the ELDRS experiment. “It’s just a little board that’s going to be shaking and baking.”

Once the DSX spacecraft reaches medium Earth orbit in the slot region, a NASA mission computer will send a signal to the ELDRS circuit board to start the experiment. The instrument will receive a signal two times a day over the six-month mission.

As it goes through the movements of sending current through each of the transistors, the ELDRS circuit board will create two digital outputs — the collector current and the base current — to show the electrical current-voltage characteristics of the transistors. The data gathered will be transmitted back to NASA computers on Earth. 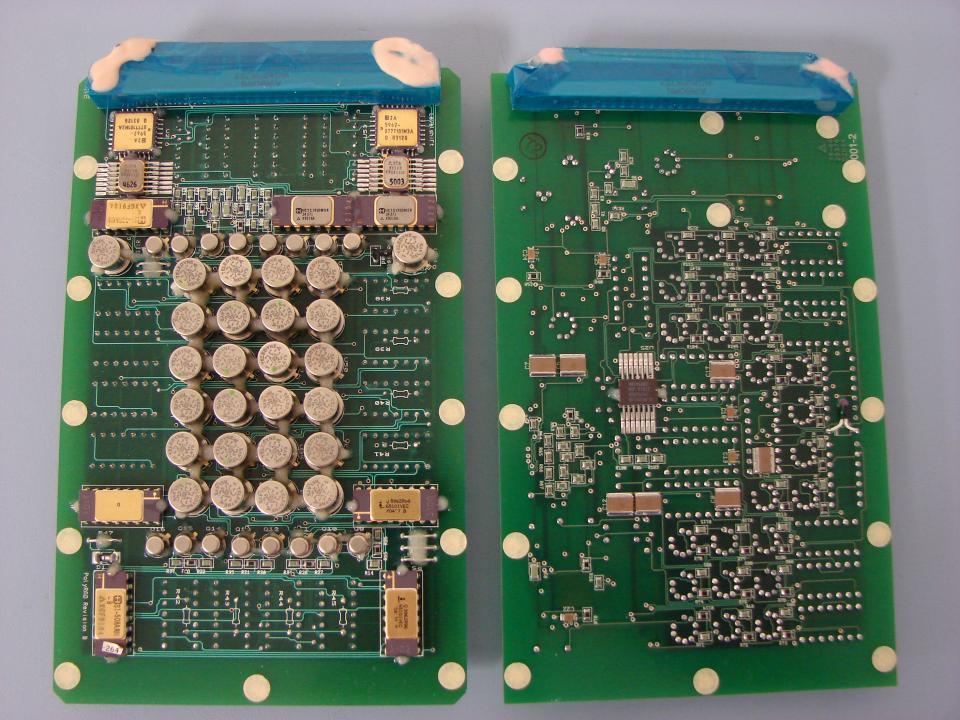 The Enhanced Low Dose Rate Sensitivity or ELDRS experiment’s double-sided printed circuit board, which is about the size of a postcard, studies 24 transistors with different passivation layers on top that vary in material and thickness. Photo courtesy of Hugh Barnaby

Barnaby describes the board as similar to a Rube Goldberg machine with radiation-resistant mechanical switching parts and no onboard computation, a feature he believes was key in NASA choosing this experiment for the SET mission. The circuit board also takes its time, sampling currents at a slow (in computing terms) rate of once per millisecond, which minimizes signal noise.

It’s a simple and “old school” design, Barnaby said, but is optimized to help understand radiation effects for both current and future space-bound electronics.

Over the course of the mission, Barnaby will study the cumulative total dose damage of radiation. In as little as a month, he expects to see the ratio of the two outputs getting smaller and smaller, which means radiation damage is accumulating. In spacecraft electronics, it’s this decreased current ratio that causes devices to fail.

The main goal of the experiment is to collect ELDRS effect data from space rather than Earth-based tests. Barnaby's analysis of the data will help scientists confirm what they know about the ELDRS effect as well as design better bipolar junction transistors for future electronics bound for orbit among the Van Allen belts.

Two weeks before the launch, NASA began sending ELDRS test data to Barnaby after pre-launch exercises were conducted to make sure the board is ready for the “churn and burn” of getting into space.

After such a long wait, he can’t wait to finally get ELDRS in orbit.

“I’m super excited,” Barnaby said. “It’ll be amazing to go to Cape Canaveral and actually see it go up.”

Young Latinos are one of the nation’s fastest-growing populations according to the Pew Research Center, and many Latino youth will be the first in their family to go to college.ASU has committed to serving its communities and those individuals who wish to pursue a college degree regardless of their background or socioeconomic status and to provide the support resources required for all students... 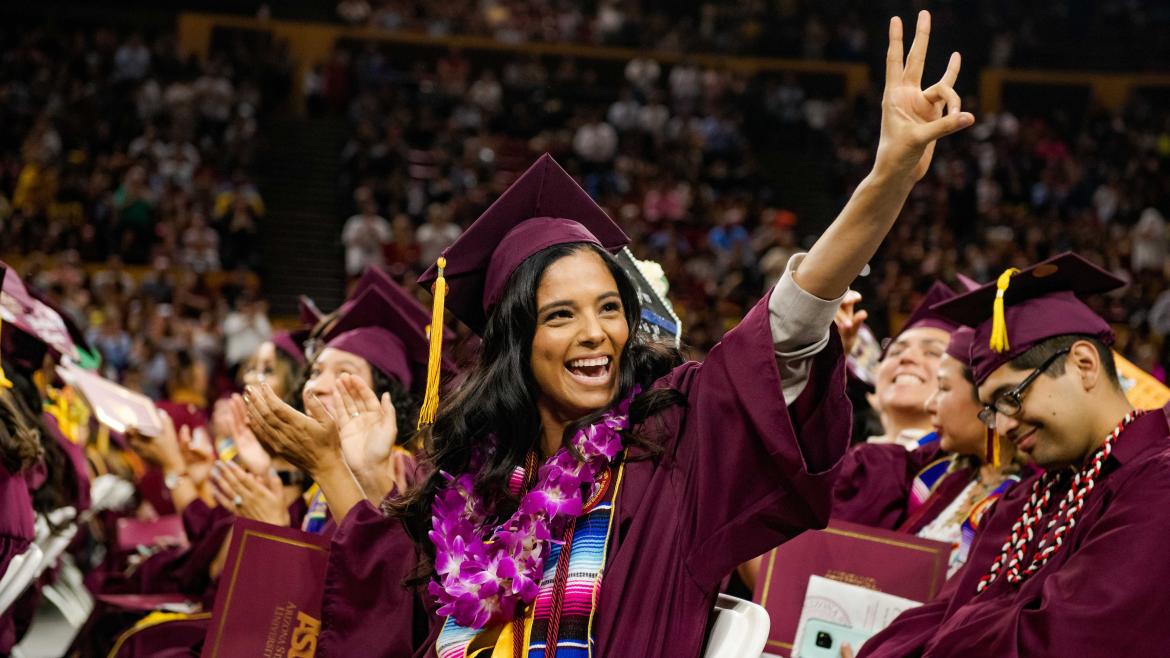 Young Latinos are one of the nation’s fastest-growing populations according to the Pew Research Center, and many Latino youth will be the first in their family to go to college.

ASU has committed to serving its communities and those individuals who wish to pursue a college degree regardless of their background or socioeconomic status and to provide the support resources required for all students to succeed.

For those efforts, ASU was one of nine institutions to earn the 2019 Seal of Excelencia, a prestigious, voluntary, and comprehensive certification granted by the Washington, D.C.-based organization, Excelencia in Education.

“ASU is committed to increasing educational access and degree attainment among LatinxsLatinx is a gender-neutral term sometimes used in lieu of Latino or Latina when referring to Latin American cultural or racial identity., our future new majority population, and our institutional mission will only be complete if the students we serve reflect our surrounding diversity,” ASU President Michael M. Crow said. “Through ASU’s commitment to quality, inclusion and student success, one quarter of our first-year class are Latinx students and thousands of degrees are being earned by Latinx graduates, all of whom meaningfully enrich our ASU community through their personal drives, valuable perspectives, experiential insights and their dedication to giving back to the community, both now and in the future.”

“Having a higher education is vital to succeed in today’s global economy,” said Deborah Santiago, CEO of Excelencia in Education. “If institutions aren’t effectively serving our Latino students, we lose a vital source of talent for our workforce and civic leadership. Institutions that strive for and most particularly those that earn the seal have demonstrated their capacity to grow our country’s highly skilled workforce and develop leaders — in other words, these institutions are ensuring America’s future.”

At an event in Washington, D.C., Santiago emphasized that the seal is not a ranking; it’s the credentialing of an institution that has strategically placed support programs to help Latino students succeed and where Latino students can thrive.

During the event, Stanlie James, ASU vice provost for inclusion and community engagement, accepted the recognition on behalf of ASU. Reminiscing on the spring 2019 Hispanic Convocation, she shared a moving moment she experienced at the event when first-generation students were asked to stand.

“Ninety percent of those students stood up, and I thought, 'This is what we’re here for,'” James said.

ASU, recognizing the importance of a diverse student community and the impact it has on shaping ideas, advancing research and preparing students to engage with people unlike themselves, has become a majority-minority-serving institution.

“The Seal of Exelencia that we’ve received is a great honor,” ASU Provost Mark Searle said. “It provides external validation for Arizona State University for the efforts we’ve made to build a truly inclusive institution. Our goals have been extensive to make sure that ASU is seen as a university for all students irrespective of their background, irrespective of where they came from, their socioeconomic status.”

Understanding the specific needs of the Latino community, how to best serve them and set them up to succeed is where ASU has thrived.

Access ASU is transforming Arizona's college-going culture through strategic programs and initiatives — supporting students, families and schools from underserved communities to have access to the tools, knowledge and experience needed to pursue and attain a university degree.

“At ASU we have found great success in working with families as early as kindergarten and continuing through 12th grade to start the conversation about preparing for college early,” said Sylvia Symonds, associate vice president of ASU’s Educational Outreach and Student Services. “We have created a number of culturally relevant programs and initiatives that seek to provide guidance and support for students and families to realize their goal of higher education.”

The Hispanic Mother Daughter Program at ASU was founded in 1984 to address the shortage of women and women of color in higher education. The early-outreach middle and high school program aims to connect students with ASU mentors and resources. Originally designed to serve Hispanic mothers and their daughters, today the program seeks to accept all students who identify as being a future first-generation college student with an aspiration to attend ASU.

“We have a large and growing Latino population here in the state of Arizona as does the United States, and we also have a wonderful charter that says we will be known by whom we include not by whom we exclude,” James said. “We are delighted to be able to serve our Latino population so that they are in turn prepared to go and be of service to their community.”

Top photo: Sonia Beltran holds up a pitchfork to her friends and family during the 2019 Hispanic Convocation at Wells Fargo Arena. Photo by ASU