Tim Ferriss is the author of “The 4-Hour Workweek” and other books. His blog is also super insightful. I try soaking up as much of his wisdom as I can. His podcast is especially strong because he brings on fellow thought leaders to dive deep into topics such as sleep enhancement, modern diet and exercise, and much more. He focuses on creating a growth mindset. To scale our career and live our best lives, we should try to become 1% better every day. (I explored this idea in my book, “Career Hacking for Millennials.”)

Book: “The Greatest Salesman in the World” by Og Mandino

My dad gave this book to me when I graduated from ASU. It’s inspiring, motivating and it’s got a great way of laying out things you need to do to succeed. No matter what profession you’re going into, there’s an element of sales in what you’ll do. If you interview for a job or push for a raise, you’re “selling” yourself. If you build a team, you need to “sell” people on joining. This book is like a spiritual guide to life in the workplace, with really good actionable nuggets and advice on how to persist.

College taught you a lot, especially how to learn. Now you’re off to figure out your own path. That means developing vocational skills and putting them into play. Udemy teaches skills you need that often aren’t taught in college. For example, I learned how to create and run a search engine optimization strategy and how to run SEO marketing ads. These are very helpful skills in building a company. In fact, they’re two of the highest-paid consulting gigs in tech right now. Udemy has great practitioner-led education, so you get training from people who are implementing the skills in their own careers.

RELATED: 4 ways to skyrocket your career after ASU

Top photo by Inti St. Clair. Alum Max Altschuler is a founder of multiple startups during and after his time at ASU. Max is vice president of marketing for Outreach, a leading sales engagement platform, and author of three books. This article originally appeared in the summer 2019 issue of ASU Thrive magazine.

Passion with a purpose

Frank Smith III arrived at Arizona State University knowing what he planned to be when he grew up.“I joke with my friends that I wanted to be the next Ryan Seacrest,” says Smith, a Mesa, Arizona, native who was initially drawn to ASU’s Walter Cronkite School of Journalism and Mass Communication.That changed several months later, and so did the trajectory of Smith’s academic career.A discus... 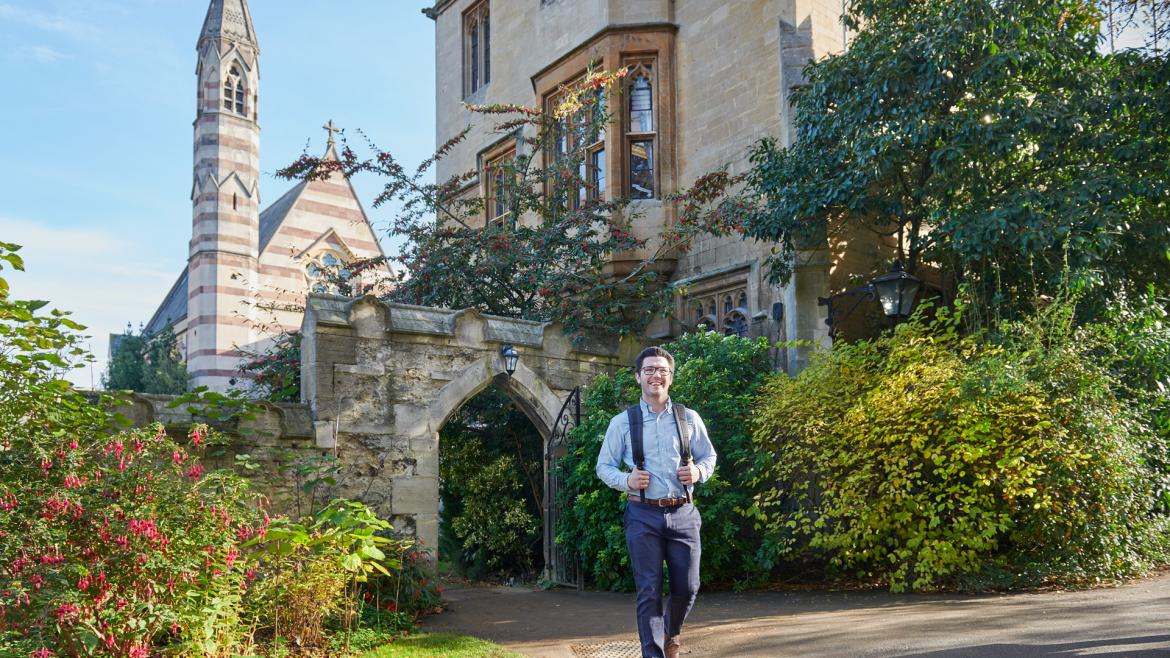 Passion with a purpose

Forged by his foster childhood, Oxford scholar Frank Smith III wants to pave a better path for others through public service career

Frank Smith III arrived at Arizona State University knowing what he planned to be when he grew up.

“I joke with my friends that I wanted to be the next Ryan Seacrest,” says Smith, a Mesa, Arizona, native who was initially drawn to ASU’s Walter Cronkite School of Journalism and Mass Communication.

That changed several months later, and so did the trajectory of Smith’s academic career.

A discussion with fellow students during Smith’s freshman year led to him testifying on behalf of an Arizona state bill to abolish tuition fees for former foster children. The bill passed, and the experience flipped a switch.

“When I had the opportunity to go down to the state Legislature, I saw that I enjoyed being in the policy discussions and really being a part of the change, as opposed to being on the outside,” Smith says. “I really wanted to be on the inside, where the action was.”

Now, public service is his passion, and it has taken the 2018 ASU graduate to the University of Oxford in England, where he is a Marshall Scholar studying for a Master of Philosophy degree in comparative social policy.

“It’s about doing everything I can to make my community better,” Smith says. “What’s going to improve the outcomes of the most disadvantaged members of society, and what can I do to help them out? It’s about putting the needs of the community above my own. How can I be a tool of change?” 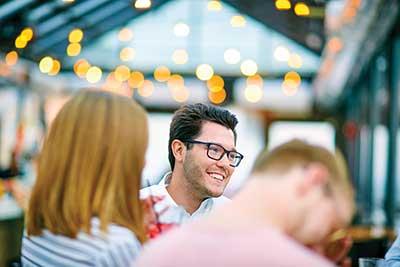 Frank Smith III credits friends and mentors for helping him succeed and "start giving back to the community that has given so much to me." Photo by Aaron Kotowski

The answer to those questions could be by making something factual of the fiction that was Frank Capra’s classic 1939 movie “Mr. Smith Goes To Washington,” starring Jimmy Stewart as a newly appointed U.S. senator who works tirelessly against corruption.

“A few professors from undergrad mentioned that before my internship in D.C.,” Smith says. “And even more people started saying that to me when I said I wanted to have a career on the Hill.”

Leaving behind ambitions of becoming a TV star, the real Mr. Smith went to Washington in 2016 as an intern on Capitol Hill in the education office of Sen. Patty Murray (D-Wash.) and worked with the Senate Committee on Health, Education, Labor and Pensions.

He also traveled to Mexico and Ghana for research and volunteer trips. He then paused for a semester to work on Hillary Clinton’s 2016 presidential campaign team in Michigan. When that finished, he returned to Arizona to work on David Garcia’s 2018 race for governor.

Smith has a plan for going back to Washington.

“I’d like to take what I learn back to Capitol Hill,” he says, “try to work my way up to be a senior policy adviser or a chief of staff in some way that I can utilize the knowledge that I’m gaining and to be an advocate of foster care reform.”

A foster child himself, Smith didn’t lack for motivation to take up his cause. By the age of 17 he had lived in 27 foster homes.

“Stability was definitely not part of my childhood,” Smith says. “Honestly, life was hard growing up. I spent most of my adolescence in extreme poverty, which typically results in untapped potential, a lifetime of closed doors and often insurmountable obstacles. Through the support of social services, scholarships, mentors and a considerable amount of determination, I have been able to start giving back to the community that has given so much to me.”

But far from a handicap, he sees his experience as the fuel for his fire in beating incredible odds — only 10% of former foster children reach university, and just 3% graduate. “Because of my upbringing, there’s one more advocate for foster care reform,” he says. “It’s really unlocked some of my potential.”

ASU provided scholarship support to help Smith unlock that potential. He entered the university as an Armstrong Scholar, an Obama Scholar, a Spirit of Service Scholar and a Nina Mason Pulliam Scholar. His help in passing Arizona’s Foster Care Tuition Waiver earned him the Truman and Marshall scholarships, the capstone of an accomplished academic career.

In his sophomore year, Smith was elected the youngest student body president ever at the ASU Downtown Phoenix campus, and he was reelected for a second term. After focusing on public service in his studies, he graduated in 2018 with two bachelor’s degrees — in political science and public service/public policy with a concentration in business.

Now, Smith is expanding his worldview at Oxford, having learned that public policy shouldn’t be confined to border lines drawn on maps.

“What’s really interesting about the (philosophy) program is that it takes an international perspective to issues that are traditionally seen as domestic policies — health care, education, pensions, labor market policies,” Smith says. “It tries to look beyond the borders of one nation.”

“When people hear about foster care, they think, ‘Oh, this child was a delinquent. They got involved with the criminal justice system,’” he says. “My past has not only instilled a sense of compassion and empathy within me at an early age, but has given me a firsthand view of the inequalities in America, which I would like to spend the rest of my life improving through a career in public service.”

Written by Telford Vice, a London-based journalist who has written for ESPN websites, Reuters News Agency and the Guardian newspaper, and also has broadcast for the BBC. Top photo by Darren Rees. This article originally appeared in the summer 2019 issue of ASU Thrive magazine.