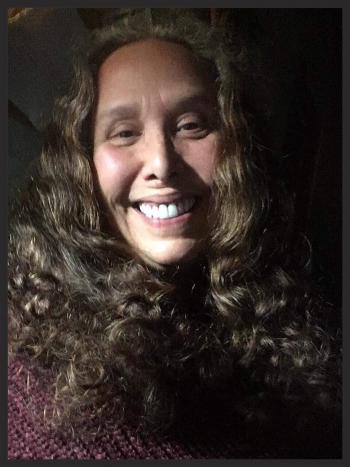 In 2002, after decades in the industry and years on the road, Mas found herself needed at home. She would first become her aunt’s caregiver then later her mother’s, both were living with Alzheimer’s Disease.

During her musical hiatus, Mas said she developed pain in her hands.

“I started having problems with arthritis and went on disability and was very unhappy because I’m not one to sit idly by and let time just roll on,” Mas said.

Hoping to help her get out of her funk, Mas’s husband suggested she “go to college.” By this point, they were living in Pearce, Arizona. So she started looking into programs and came across the Edson College of Nursing and Health Innovation’s Bachelor of Science in integrative health.

“I’ve always had an interest in health but from a holistic point of view,” Mas said.

With no previous college credits, Mas enrolled in Cochise Community College to earn the prerequisites needed to transfer to the baccalaureate program at Edson College. It’s an experience that changed her.

“By the time I was enrolled at ASU I was like a different person. I never thought I would be attending college and much less attending it online and it wasn’t as tricky as I thought it would be. It came naturally for me.”

Now, at 63, Mas is preparing to graduate with her bachelor’s degree.

“When I was younger, I remember my mom giving me a picture of her father, my grandfather, graduating from law school when he was 72! So I always had this picture and thought 'Wow, he looked so proud and what a wonderful thing to not stop growing.' I might have problems with my hands but I’ve done it. You’re never too told to go to college.”

Her passion for learning and her dedication to the program helped her earn the distinction of Outstanding Graduate. We spoke with Mas about her time at ASU and her plans for after graduation.

Answer: The most profound change for me is in the way I see myself. I have much more self-confidence than when I first started school. For me, getting a degree was the missing piece in my life. I now feel qualified to speak about a number of topics that I was always interested in, but never quite had the expertise to discuss. It’s a wonderful feeling of accomplishment and I am deeply proud of myself that I had the drive to persevere and finish my degree.

A: There have been so many great professors and I have learned important lessons from each and every one of them. One professor that stands out to me is Dawn Augusta because she always had the most inspiring feedback to offer when grading assignments. She was very uplifting and made you want to aim higher.

A: Don’t drop out. It is worth the struggle to finish because there is no better feeling than to have stuck it out through the hard times. I once broke a cereal bowl during a chemistry assignment that I became particularly frustrated with. I was a sophomore and this marked a turning point for me in how I learned to handle my frustration. I never did anything like that again, but I will certainly think of it at graduation and the many steps forward I have taken since then.

A: Eventually, I would like to continue my education and earn a master’s degree in medical nutrition. After graduation, however, I would like to think of ways in which my education can help the people in my community. I am on the local elementary/middle school board. We are a very rural school district and I have some ideas around educating parents and children about nutrition, maybe offering lectures at the school or even cooking classes. I live in what is considered a food desert, so another idea I have is to perhaps start a food co-op or a community garden. Whatever I end up doing, I feel that it is important for me to serve my community in some way. These are the ways in which we can truly have an impact on the world around us, and make it a better place in which to live. It begins with us and then spreads out to those around us, like a ripple; one small action can generate a series of bigger ones, so we have a lot of responsibility in the way we chose to live our lives.

Editor’s note: This is part of a series of profiles for spring 2019 commencement.ASU applied biological sciences graduate Keaton Davis has always loved the outdoors. “I grew up in a family that did a lot of camping and was active in scouting,” said Davis, who grew up in Mesa, Arizona, and served in the U.S. Army for six years before attending college.“I first thought about pursuing cons... 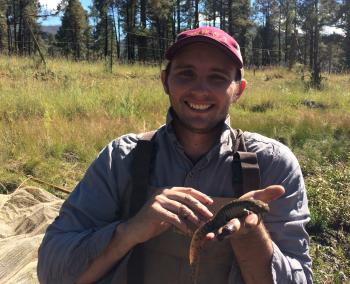 “I grew up in a family that did a lot of camping and was active in scouting,” said Davis, who grew up in Mesa, Arizona, and served in the U.S. Army for six years before attending college.

“I first thought about pursuing conservation work when I left the Army in 2015,” he explained, “but set that aside and started coursework in electrical engineering. After my first year at Mesa Community College, I wasn’t feeling passion and interest in engineering, so I reevaluated my plan and decided to switch over to a career in natural resources.”

ASU’s natural resource management concentration at the Polytechnic campus was the obvious fit for him, with the easy transfer process from MCC and Polytechnic's location in the East Valley, said the College of Integrative Sciences graduate, who in addition to completing the degree in applied biological sciences has completed the Certificate in Wildlife Management.

Davis, though busy as a father to three young sons (and he has a baby due in early June), took advantage of the many opportunities he had at the ASU Polytechnic campus to do natural resource management, not just study it. That included many opportunities to engage with alumni and practitioners in the field.

This last year he served as president of ASU’s chapter of the Wildlife Restoration Student Association, and in January he was among the nearly 20 students who participated in the Joint Annual Meeting (JAM) of the Arizona and New Mexico Chapters of the Wildlife Society in Albuquerque, New Mexico, and the annual conference of the Society in Range Management (SRM) in Minneapolis.

“We fielded two teams this year for the JAM Quiz Bowl and scored some pretty high point values; Sun Devils took home 40% of the photography awards, including Best in Show; a number of us took the Undergraduate Range Management Exam at SRM, and the five students who took the Plant ID test gave ASU a solid ninth-place finish among about 40 teams, ASU’s best finish so far,” he reported proudly.

Davis said having the chance to rub shoulders with Polytechnic campus alumni who are now well into their careers and to talk with hiring supervisors from federal and state agencies at these events was huge: “Everybody came back with new connections, ready to tweak their resumes.”

He highly recommends that students from any ASU campus or degree program who have an interest in plants, wildlife, fisheries, conservation or just being out in nature consider joining the WRSA club.

Though he’s just on the threshold of starting his career, having accepted a position with the U.S. Forest Service, Davis already speaks as an ambassador for his specialization: “They say that for every open job in wildlife ecology there are about 10 applicants; for every job in rangeland management that number is about 0.8.”

He recently shared with ASU Now some reflections on his ASU experience and dreams for the future.

Answer:  I learned to understand that every person I meet is unique and has personality traits and experiences that give them inherent value. I’ve also learned that I can be a positive influence on others with even the smallest gesture.

A: I have had the most amazing group of professors, but if I had to pull an important lesson I learned while in the program it would be a conglomeration of lessons: There is no replacement for hard work; a common theme in biology and ecology is that there is an exception to every rule; and there are way more things that we don’t know than things we do know.

A: Although grades are important, they can’t replace human interaction. Become involved in on- and off-campus organizations, network, volunteer and don’t be afraid to possibly embarrass yourself.

A: My on-campus job, in the Poly Bike Co-Op, was the source for some of my more valued experiences and fond memories. I do some of my best thinking and pondering while working with my hands and fixing things, so the hours of tinkering with bikes and longboards allowed me to keep a clear mind and contemplate solutions to life’s questions.

Q: Did you do an internship related to your major?

A: I held a summer internship in 2017 related to wildlife conservation, working with small mammals for the Arizona Game and Fish Department. Particularly, the internship worked with Gunnison prairie dogs on public and private land in Arizona. The program was an effort to measure colony size of prairie dogs to determine potential habitat areas to reintroduce the black-footed ferret, which is an endangered species native to Arizona.

A: I received a job offer from the U.S. Forest Service, working on the Tonto National Forest. So, for the next year or so I anticipate living and working near Young, Arizona.

A: I would devote it to establishing environmental education programs in developing and developed countries. Most people base their behavior and perspectives on what they know. Most people do not know how much humans influence the global landscape and climate. I believe the only way to change the course of human influence is for those that do know to educate those who are unaware. This education can be formal or informal; the voice of conservation needs to be heard.