Keep on writing on, downtown Phoenix

Relaunch of formerly student-centric literary journal Write On, Downtown to be more inclusive of the community it represents

Among the uninitiated, Phoenix might conjure less-than-savory thoughts of suburban sprawl, ecological challenges or a dearth of history.

But the truth is every place has its own unique stories to tell, rooted in the lives of those who call it home.

This Friday, the relaunch of Write On, Downtown, the long-running literary journal that originated on Arizona State University's Downtown Phoenix campus, endeavors to prove that point. The relaunch event will take place at noon at Changing Hands Bookstore in Phoenix and is free and open to the public.

“You're going to know that it represents Phoenix before you even open it,” said Rosemarie Dombrowski, senior lecturer of English at ASU and one of the founders of the journal.

The decision to begin including writing from community members in addition to students — and to forgo the distinction in the journal’s subtitle — felt natural and necessary, she said, “because student or civilian, we're all part of the Phoenix community.”

In order to create something that felt like a more authentic reflection of the city and its people, Dombrowski partnered with Assistant Professor Danielle Foushee, whose design students collaborated with Dombrowski’s to give the journal a new look.

While Dombrowski’s students read, sorted and edited dozens of submissions, Foushee’s read the ones that made the final cut and toured the city, riding the light rail from end to end, for inspiration. 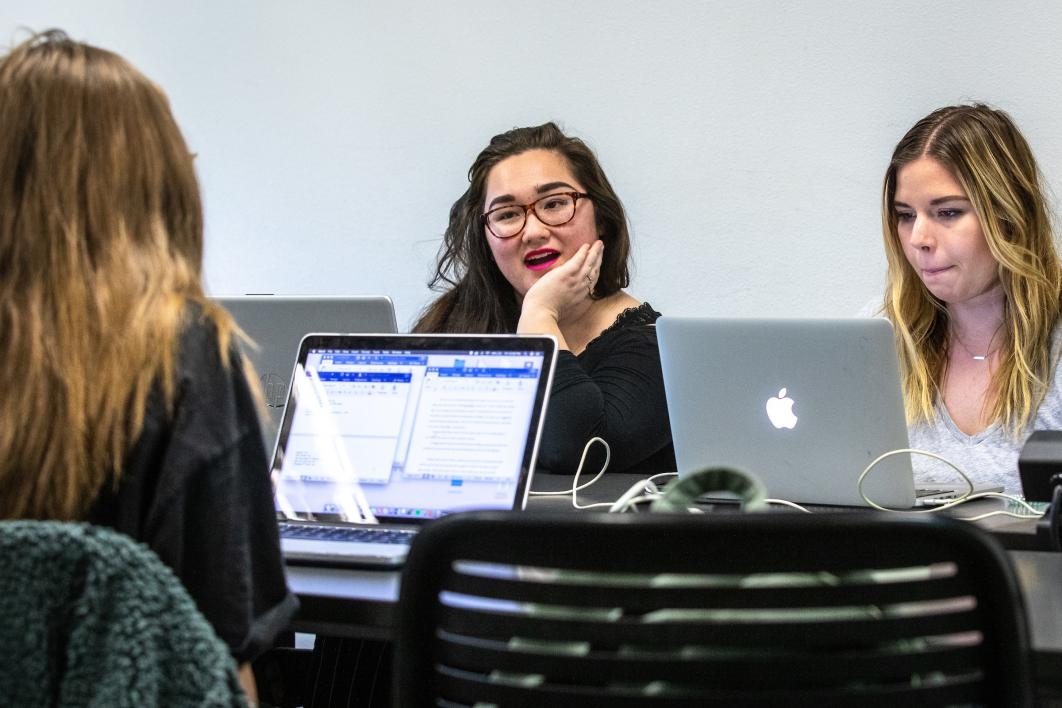 Creative writing senior Lian Ammerman (center) talks about a poetry submission for Write On Downtown on March 1. English senior Kylee Hayes is on the right. 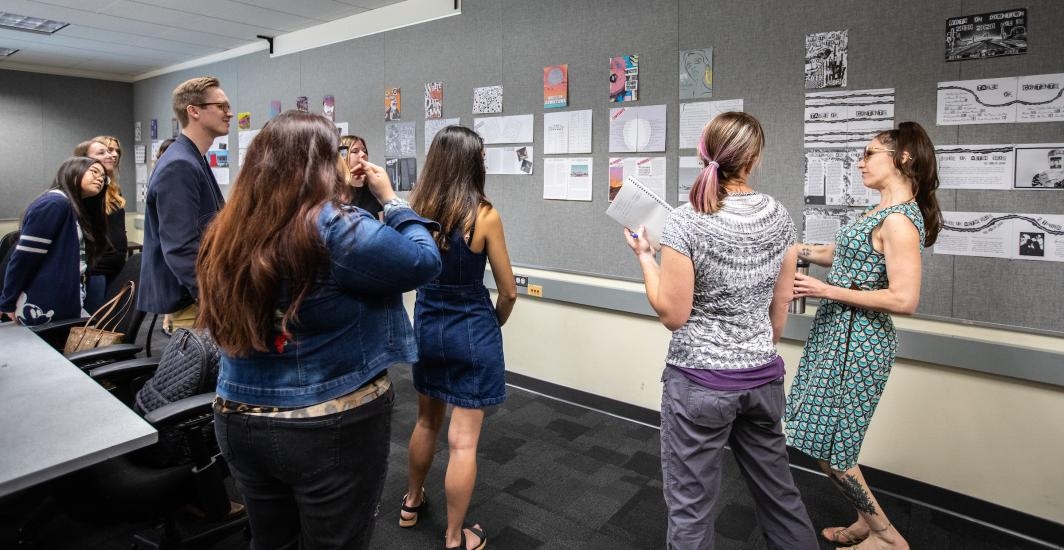 Phoenix poet laureate and ASU lecturer Rosemarie Dombrowski (right) leads a discussion on a variety of magazine design concepts created by students in Assistant Professor Danielle Foushee's class on March 25. Dombrowski is spearheading the relaunch of Write On Downtown: A Journal of Phoenix Writing, a literary journal she began in 2006. 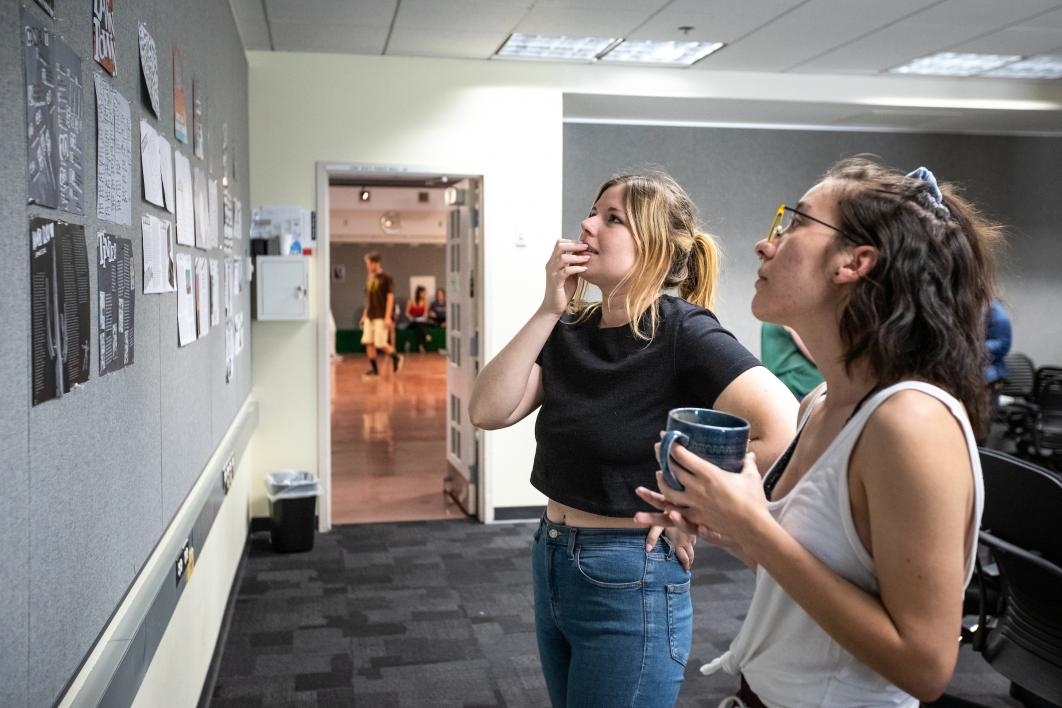 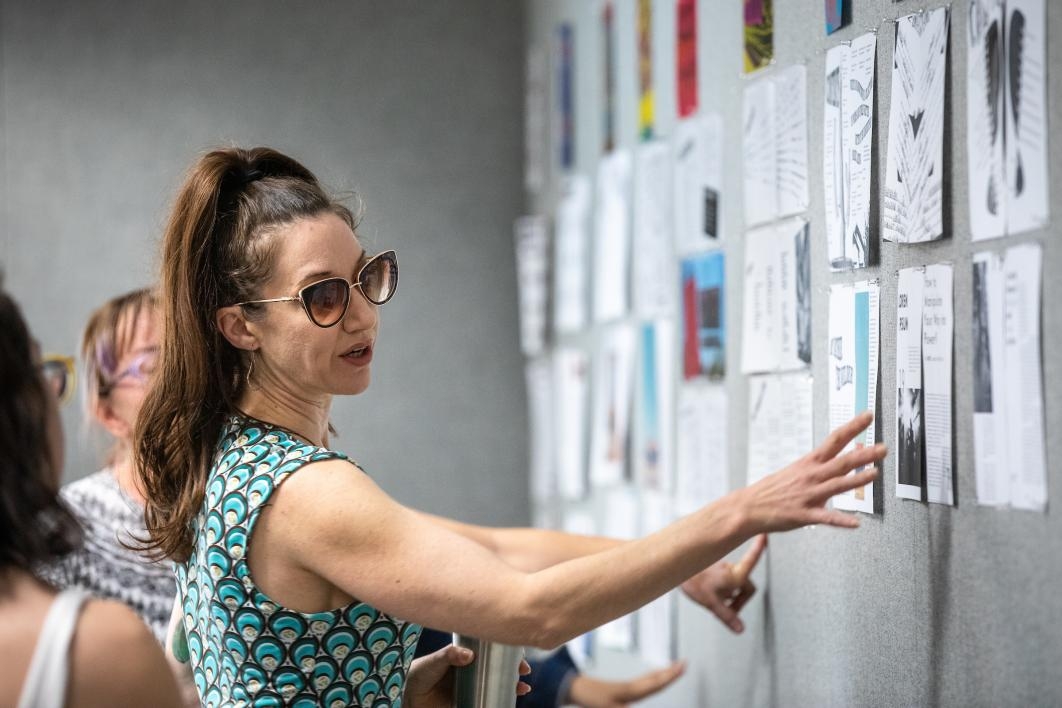 Dombrowski leads a discussion on the magazine's design options. Once printed, it will be sold at bookstores and galleries in Phoenix. 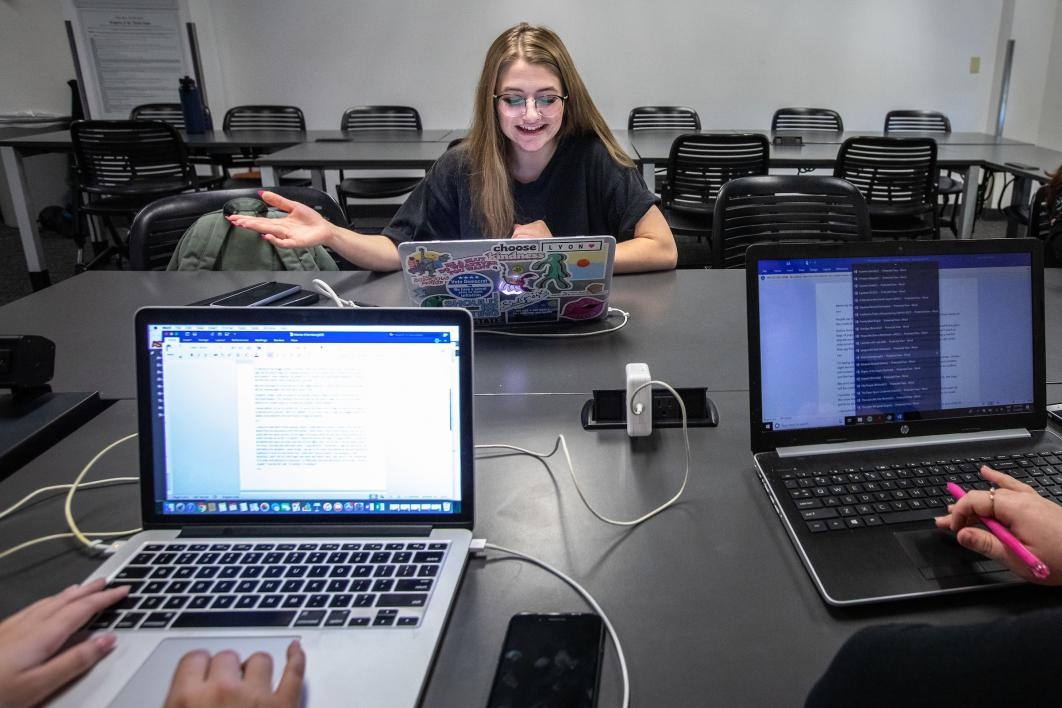 Creative writing senior Chandler Jensen makes a point about a poetry submission for Write On Downtown. Six students served as the editorial team for the publication. 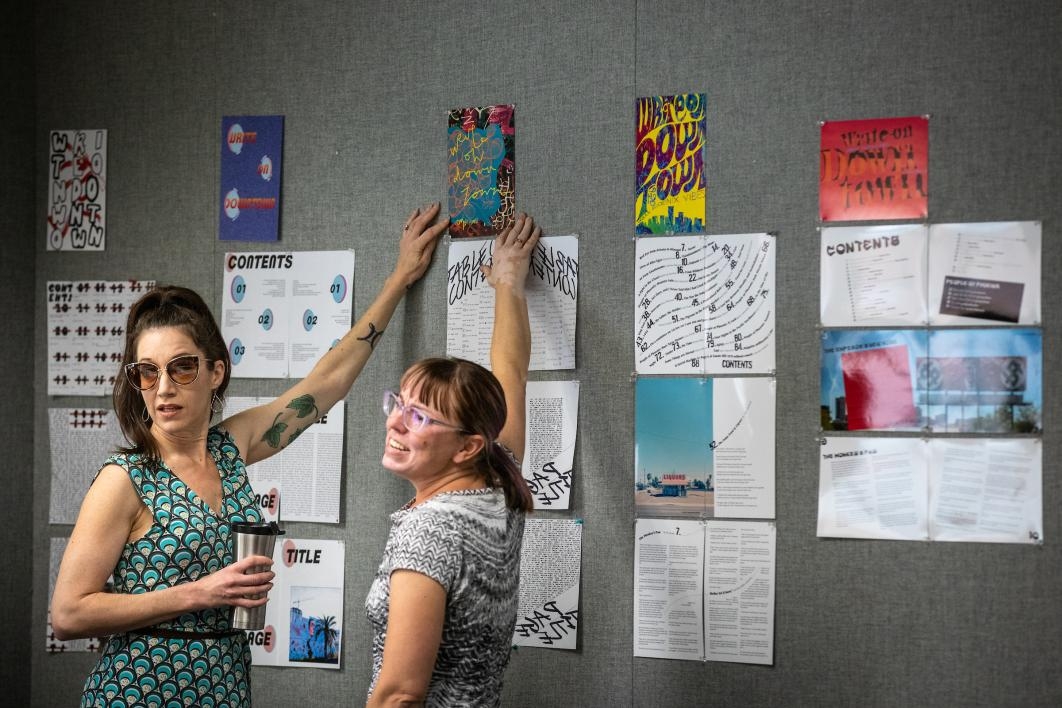 Dombrowski (left) partnered with Foushee, whose students collaborated with Dombrowski’s to give the journal a new look.

Digital culture senior Damon Amato was struck by the landscape and plant life, basing his black and white cover and layout design around that.

“No matter where you go in Phoenix, you still see the desert,” he said.

Before they started designing, Foushee gave her students a crash course in urban underground art. They studied psychedelia, hip-hop and punk with an eye toward giving the journal more of a DIY-zine aesthetic.

“We wanted to make it more exciting and responsive to the content,” Foushee said. “We wanted it to really convey what it means to be urban in Phoenix.”

Valley resident David Chorlton knows a bit about that. He lived near the intersection of Central Avenue and McDowell Road for 38 years. Three of his poems are featured in the latest issue of Write On, Downtown, and one pays homage to the grackles he used to observe on Grand Avenue.

Originally from Austria, Chorlton lived in various cities throughout Europe before moving to Phoenix in the 1970s, where he became fascinated with the wildlife of the desert.

Coming from a continent where ancient history is a part of everyday life, it was an adjustment learning to appreciate the sometimes subtle beauty and nuances of a city that has been criticized for lacking culture. Today, it’s one of his favorite subjects to write about and having an outlet to express that is something he believes has the power to strengthen communal bonds.

“We sometimes underestimate the places we live in,” he said. “But we still have people who are trying to make it together in a community, and I think literature of any kind serves to give a new kind of insight into the place where we live.”

On a recent Monday in March, Dombrowski and Foushee’s students came together in a classroom on the Tempe campus to finalize their cover and layout design choice. Spanning an entire wall of the room were illustrations depicting technicolor saguaros, bustling light rail trains and cityscapes silhouetted by clear, star-studded night skies.

Dombrowski was admittedly torn. “You guys have made this decision really hard,” she said.

Head to Changing Hands Bookstore in Phoenix this Friday to see the final design and pick up a copy for yourself.

Sun Devils compled many program firsts and set a high standard for those to come in just year four ...