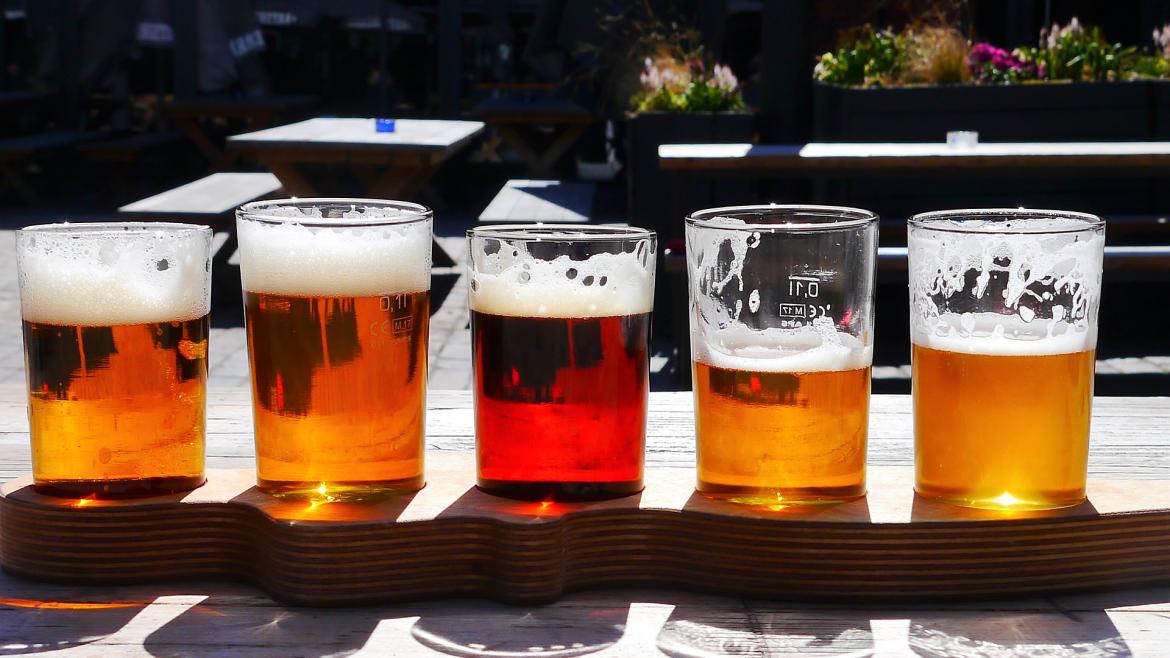 Polytechnic campus
ASU students in new 'Business of Beer' class learn it all, from hops to hiring.
April 16, 2019

Students in Agribusiness 494 learned about price elasticity and regression analysis this semester. And they also heard about hop farms and spontaneous fermentation.

“We wanted to do something different,” said Richards, who holds the Marvin and June Morrison Chair in Agribusiness.

“What’s unique about the School of Agribusiness? We’re about an industry.

“So we’re teaching ‘vertical’ — everything about an industry from the ground up, and we wanted to choose an industry that would be attractive to students.”

The beer industry, with nearly $120 billion in sales last year, has seen a boom in small, craft breweries, according to the National Beer Wholesalers Association. The number of craft breweries hit nearly 10,000 last year, and their overall share of the market jumped from 9% in 2008 to 20% last year.

The people in the new class have toured a brewery's production floor, covered issues like labor costs and supply chain, and learned how those concepts work in real life from people who work in the beer industry, such as barley growers, distributors and salespeople.

On Friday, the students heard from Patrick Ware, co-founder and brewmaster of Arizona Wilderness Brewing Co. and an alumnus of ASU.

He described his journey over the past decade from keg-washer at SanTan Brewery just after graduating, to co-owner of an award-winning craft brewery with two restaurants and 150 employees.

Ware met his business partner, Jonathan Buford, because they both had the long-haired, bearded “beer Jesus” look and people kept mixing them up. Buford had the wild, creative ideas, and Ware had the practical outlook. The two clicked over their commitment to ethical and sustainable practices and a devotion to conservation. For example, the brewery partnered with Sinagua Malt, an initiative founded by the Nature Conservancy to convince farmers in the Verde Valley to plant barley, which diverts far less water from the Verde River than alfalfa or corn crops. Sinagua Malt buys the barley, processes it into malt and sells it to craft brewers. 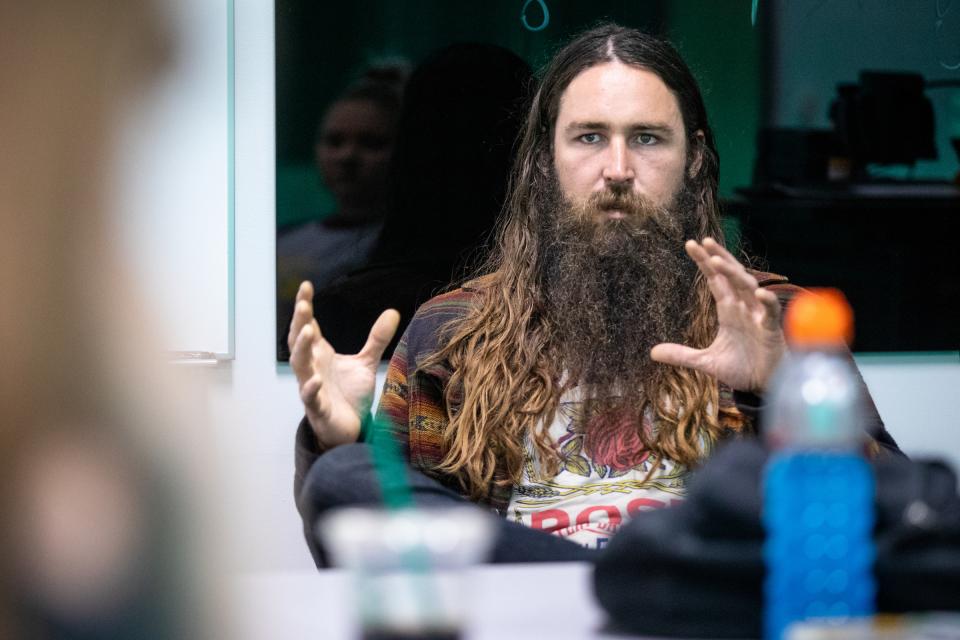 Patrick Ware is the co-founder of Arizona Wilderness Brewing Co., a craft brewery that has two restaurants, including a new one in downtown Phoenix. He described his journey from keg-washer to brewmaster to the students in the "Business of Beer" course at the Polytechnic campus last week. Photo by Charlie Leight/ASU Now

Ware told the class that some of the company’s decisions are not based on the bottom line.

“A lot of the initiatives we’ve run after initially didn’t make a dollar but were, philosophically, things we loved,” he said.

And he talked about their own pricing viewpoint regarding the Sinagua Malt partnership.

“It’s a challenge because the grain is 30% of your bottom line,” he said. “But I made the decision that the pint costs 25 more cents and the people buying that pint know that grain is in there, and the response I’ve gotten is, ‘Absolutely yes, I would buy that pint for 25 cents more.’”

Arizona Wilderness is committed to sourcing locally, and Ware described how difficult it was to find grass-fed beef in Arizona. But with other ingredients, an abundance can lead to labor issues.

“Citrus is huge, but hand peeling and processing citrus is challenging,” he said. “When we were growing, I was doing 100 pounds. Now it’s 1,000 pounds. How do you deal with that? My brew team is very upset when I say, ‘Here’s 1,000 pounds of fruit. Let’s stop what you’re doing and focus on this fruit.’”

As part of the company’s ethical commitment, Ware developed a bonus system for the people who do the actual brewing — a job he started out in.

“Brewers are traditionally underpaid,” he said. “From the outside looking in, they think you’re a rock star who sips beer in the back all day. Let me dispel that myth: You’re a glorified janitor that mostly scrubs stuff all day.

“I tried to build a bonus program for our brewers so it can be a career and not just a job.”

Ware also talked about the freewheeling culture of Arizona Wilderness and the decision to hire a chief operating officer.

“You can’t lose the culture of the company even though you want to put together financial protocols,” he said. “The people there don’t want us to wear a suit or to hear the word ‘corporate,’ but if I spent my brain space doing that, it would be detrimental to the company.”

Randy Moore, a senior engineering major, said he took the class because he wanted to add some business expertise to his studies.

“Many students in my degree program focus all of their time on math or designing systems, which is fine, but I wanted a more balanced education between the technical aspects of my future career in engineering and having a basic foundation of business acumen,” he said.

Moore said the guest speakers from the beer industry, plus the field trip, added an invaluable dimension to the class that made him feel engaged with the coursework.

“These speakers turned the class from a typical study on the beer industry into an insightful conversation into how different parties in the industry work together to fulfill consumer demand while remaining in compliance with government regulations,” he said.

“The most interesting thing that I learned has been how almost all of the speakers agreed independently that the beer industry is service-driven and relies on connections to people to get things done,” he said.

“This applies to craft beer specifically, as that whole market is generally more passionate about their product than, say, manufactured domestics with insane volume, like Budweiser.”

Richards said that administrators will evaluate the class to see whether the vertical course concept could be expanded to other agribusiness industries, such as coffee and pizza.

“It’s all about creativity and entrepreneurship,” he said. “It’s the merger of the best things about business.”

Freshman Erik Tolman knocked the first two home runs of his career and Sun Devil Baseball rolled to a 12-5 victory over Seattle U on Tuesday at Phoenix Municipal Stadium. ... Freshman Erik Tolman knocked the first two home runs of his career and Sun Devil Baseball rolled to a 12-5 victory over Seattle U on Tuesday at Phoenix Municipal Stadium.