Dan Fellner, faculty affiliate with the Melikian Center for Russian, Eurasian and East European Studies in The College of Liberal Arts and Sciences, has received a prestigious Fulbright Specialist grant to the Republic of North Macedonia.

This is Fellner’s seventh Fulbright fellowship; previously he has received Fulbright Scholar grants to Latvia, Moldova and Bulgaria, and Fulbright Specialist grants to Indonesia, Lithuania and Latvia. Additionally, he has taught a one-week intensive course in communications four times at the Fulbright International Summer Institute in Bulgaria, which borders North Macedonia. 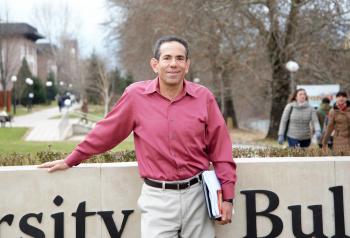 In North Macedonia, Fellner will be teaching a course in intercultural communications and conducting other lectures at the Saints Cyril and Methodius University in Skopje, or UKIM, during a six-week period beginning in late April. UKIM is the oldest and most prestigious university in North Macedonia, which recently changed its name from the Republic of Macedonia to resolve a three-decade-long dispute with its neighbor, Greece. Greece had blocked the country’s full international recognition, including its admission to NATO and the European Union, since its declaration of independence from Yugoslavia in 1992.

Skopje, capital of North Macedonia, is Tempe’s sister city. The relationship dates back to 1971, when Skopje was part of socialist Yugoslavia. As part of that relationship, ASU and UKIM collaborated to exchange students and faculty between the 1970s and the early 2000s. Fellner’s Fulbright is one of a set of initiatives the two universities are pursuing to revitalize the partnership. During summer 2019, UKIM Professor Borche Arsov will teach Macedonian at ASU’s Critical Languages Institute in Tempe, while School of Politics and Global Studies faculty members Henry Sivak and Daniel Pout will head a study abroad program to Greece and Northern Macedonia.

"The University of Saints Cyril and Methodius and Arizona State University share a commitment to the importance of higher education for broader society. We are pleased to be extending our collaboration by hosting Professor Fellner as a Fulbright specialist," said Professor Nikola Jankulovski, rector of UKIM.

“As a vibrant, multicultural democracy that avoided major violence throughout a turbulent period, the Republic of North Macedonia offers lessons and inspiration for foreign scholars and students,” said Keith Brown, director of the Melikian Center. “We look forward to the mutual learning that Professor Fellner’s Fulbright will set in motion.”

The Fulbright Program is the flagship international educational exchange program sponsored by the U.S. Department of State. The Fulbright Specialist Program provides awards to U.S. academics and professionals to work in partnership with academic, nonprofit and cultural institutions in over 100 countries. Grants range from two to six weeks. 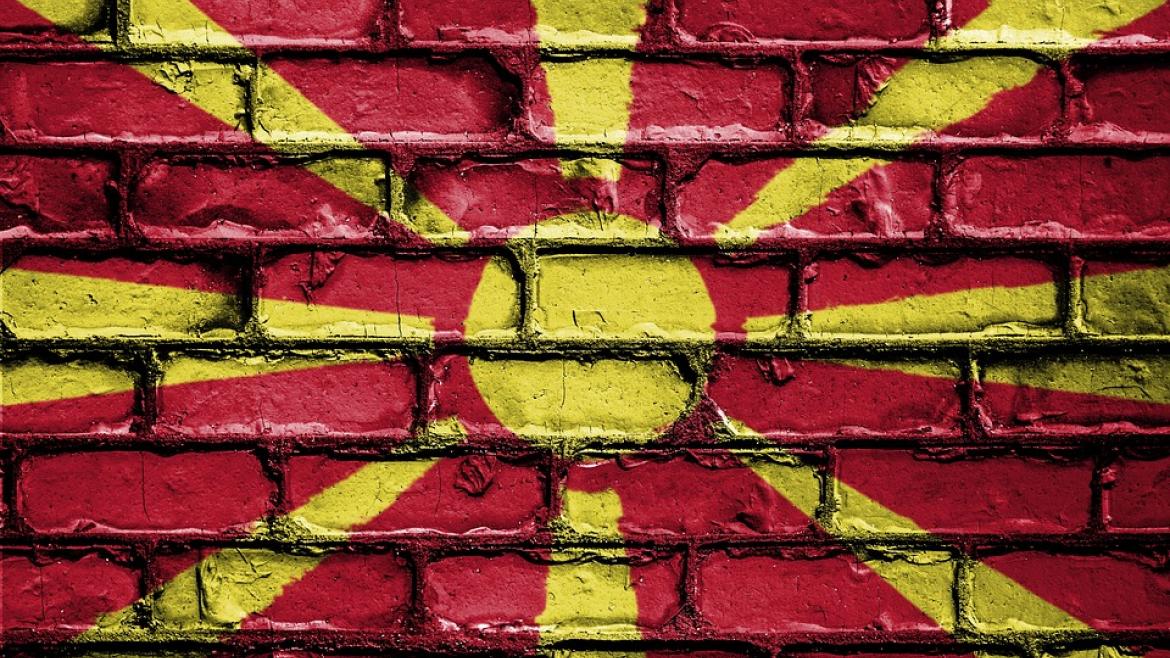 Melikian Center director says the diplomatic process itself is a victory, but the agreement still faces some hurdles

Government leaders in Greece and the Republic of Macedonia have agreed on a resolution to their long-standing dispute over naming rights, striking a deal that will allow both countries use of the name “Macedonia.”

The new resolution rechristens the Republic of Macedonia as the Republic of North Macedonia, opening the way to entry into the European Union and NATO, which has been blocked until now by Greece, who previously laid exclusive claim to the name. Greece retains the name Macedonia, and the rich history associated with it, for its northern geographical region.

To gain further insight on this once-heated issue, ASU Now turned to Keith Brown, director of Arizona State University’s Melikian Center, who has been following this dispute for years. Question: After 25 years, what brought leaders to reach a resolution?

Answer: For the first time since the Republic of Macedonia declared independence in 1992, both countries have governments that were elected for their opposition to rising, right-wing nationalism. Zoran Zaev and Alex Tsipras are both pragmatic politicians who are willing to defy accusations of national treachery. They want to fix relations between their two countries and commit to a shared European future, and are committed to getting it done.

Q: Did both sides get what they wanted in the new name?

A: In so far as some factions on both sides wanted to monopolize the name, there is plenty of disappointment to go round. “North Macedonia” was an odd place to end, in that it explicitly suggests Macedonia has been subdivided. In other cases where there’s a geographic qualifierCountries such as North Korea, Northern Cyprus, Southern Sudan., it’s been the result of a war. In that regard, this is a win for everyone.

Q: Can the United States and the European Union claim some credit for this?

A: Matthew Nimetz, the U.S. negotiator, has been working on this process for almost a quarter century, for an annual salary of $1. It’s a victory for the idea that quiet persistence can work.

A: Both countries are democracies, with multiple checks and balances in place. The next hurdle in the Republic of Macedonia is posed by President (Gjorge) Ivanov, who owes his office to the now-disgraced nationalist VMRO-DPMNE party that escalated tensions with Greece for political profit. President Ivanov is threatening to use presidential veto power to torpedo the deal, arguing that it is unconstitutional. As a civil-society activist and scholar of political science before his election, he knew the dangers of populism, and he was part of the peaceful transition of Macedonia then. If he can channel his younger self and publicly endorse the deal, there’s a good chance the Republic can turn the page on a chapter of stubborn self-harm.

Q: What comes next, for the countries and the region?

A: If all goes as planned, the deal defuses Greek objections to its neighbor following its fellow former Yugoslav Republics into full membership in NATO and the European Union. Macedonian troops served in Afghanistan and Iraq, and the country became a candidate for EU accession back in 2005, the year before nationalists took power in Skopje. Polls have consistently indicated strong citizen support for the collective security and individual freedoms that EU membership promises. Textbooks and museums in both countries will need some updating, but hopefully those who cling to the imagined glories of the past can take joy in the gift they have the chance to hand to the next generation.