No. 21 @SunDevilGym Selected to NCAA Regional in Baton Rouge The No. 21 Arizona State gymnastics squad is heading to Baton Rouge, Louisiana, to compete in the Baton Rouge Regional beginning on April 5 as part of the NCAA postseason on the road to the championships. The Gym Devils are part of the second session in the second round that also features No. 3 seed LSU, No. 14 seed Auburn and the winner of the play-in meet on April 4 between George Washington and Lindenwood (MO).

Martha Gonzales has been at ASU Gammage in her capacity as the artist-in-residence for the last three years. Known on campus for coaxing music from many, she has nested in classrooms, community centers and in far less likely nooks and crannies. Known across broader skies for winning a Grammy and cutting fresh albums, the raven-haired, progressive Latina is a creative dynamo steeped in tradit...

Martha Gonzales has been at ASU Gammage in her capacity as the artist-in-residence for the last three years. Known on campus for coaxing music from many, she has nested in classrooms, community centers and in far less likely nooks and crannies. Known across broader skies for winning a Grammy and cutting fresh albums, the raven-haired, progressive Latina is a creative dynamo steeped in tradition.

“It’s definitely been mutually beneficial,” she said of her ASU Gammage residency. “It’s made me value what I do and what I can bring to any one space.” 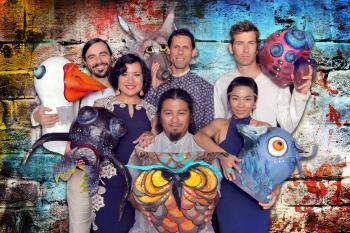 Through the terms of her residency, from 2016 to 2019, Gonzales left her California teaching post at Scripps College (the Claremont Colleges Consortium) to visit ASU Gammage four times each scholastic year for a week at a time to hatch flocks of inspired music-makers.

Gonzales has nurtured a traditional "son Jarocho" practice that encourages all individuals present to actively contribute with playing, dancing or singing. She’s also honed collective songwriting workshops in many settings, from kindergarten classes to inner-city parks and collegiate halls, and the Valley of the Sun is the richer for it.

“Bringing music out of folks” is her aim, she said. “These are social techniques and a methodology I’ve developed over time. I would visit this group, Tonatierra Community Development Center, twice each time I came to Arizona. They are so welcoming and understand the power of the practice of son Jarocho.“

With Gonzales’ input, students of Evan Tobias, associate professor of music education at Arizona State Univerisity, have taken to what she calls "participatory performing," creating avenues for classically trained musicians to experience improvisation.

“These are great starts for bridging gaps,“ she said.

The impact of her residency will continue. Gonzales recalled working with the inmates of the Perryville Women’s Prison. She was struck by the group, who have "un-freedom” as a cornerstone of their days.

“Their hope and the way in which they engaged with music moved me," she said. "It was inspiring to see the resiliency of the human spirit. To be hopeful is everything.

“On a personal level, I’ve come away from this residency with the belief, even more so, that music is a powerful tool that has been underutilized,” she said. “I’m so lucky to connect people through music here. We need to connect to one another. Human connection is what music can give us. ASU Gammage and the people in this residency believe it, too; they believe in artists.” 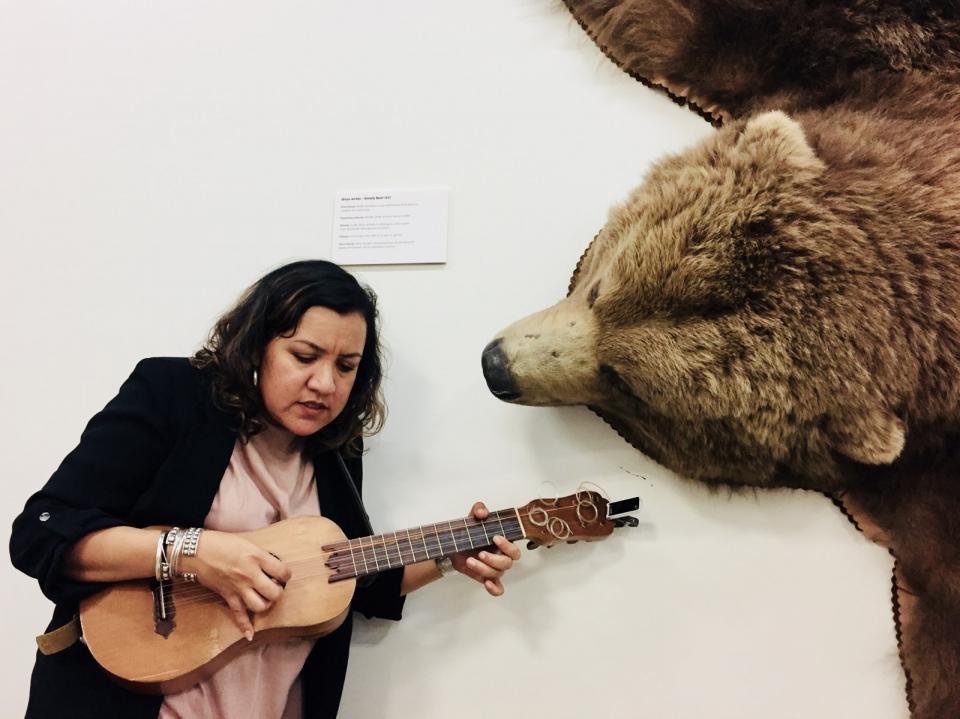 Martha Gonzales is nearing the end of her ASU residency.

If bringing music out of folks is her goal, maybe the happiest means to that end is cultivating the music inside Gonzales herself. She has followed the overflowing rhythms and notes inside her on a multitude of paths.

On the academic path, Gonzales has just been awarded tenure at Scripps/Claremont College, her website describing her function there as “a Chicana artivista musician and feminist music theorist.” She recognizes the impact her ASU Gammage residency has probably had.

“There are the different projects I am involved in at ASU. Scripps has seen and utilized it. It’s been enlightening for me to translate what I do in music to academia. As an educator, I can be modeling it.”

Weaving a harmony between schools of thought that rarely have much overlap, Gonzales draws strength from academia and the entertainment industry as well. She says that her academic interests have been fueled by her musicianship as a singer/songwriter and percussionist for her Grammy Award-winning band Quetzal. Their album “Imaginaries” won the best Latin pop, rock, or urban album category a few years ago.

“I got my PhD and won my Grammy in the same year, 2013. It all came to a head. My dissertation is about the meaning of music changing, about unpacking music theory and looking at its place in society.”  Essentially, she studies and promotes putting music back in the hands of the people.

She’s the first to chuckle about the irony. With a staunch belief that music is about participation more than about performance, she becomes a celebrated recording artist. Then her band is singled out and honored by the most commercial “media engine” that she describes with phrases like “smokescreen“ and “exalted facade.”

Able to laugh at herself, she said, “This is the devil playing with me.“

Her dual focus, however, has also led to discussions with ASU colleagues and to growing a number of collaborations. One unexpected outcome has been a partnership with ASU’s performing musicians.

“I’m really excited the symphony will orchestrate two of my songs,” Gonzales said. “There will be a performance in October.”

Music in the making

As she sifts through a remarkable three years of music-making, memories and growth, Gonzales pauses abruptly.

“I’ve got to stop and single out Amanda Arboleda (campus and community engagement manager) at ASU Gammage. Amanda was the one on the ground with me. I’m so grateful that my bond with her, over time, molded the entire experience. Through her diligent listening, my next visits were always better and more effective.”

Diligent listening … to the music.  In us. In herself. Perhaps Gonzales values it so in others because it’s what she does. It defines who she is.

Recollecting the tune created in a collective songwriting workshop during her residency, Gonzales seems to describe much more than her admiration of the middle school and high school students at Rosie's House, A Music Academy for Children.

Their lyrics “talked quite a bit about building dreams and creating visions,” she said.

“I was honored they performed with me in one of my concerts last year. They sang and played, too,” she said with pride in her voice.  Like birds of a feather, her closing words gather the students, the artists of her entire ASU Gammage residency, herself, and likely any fledglings on the cusp of creating a song she’s influenced:

“We can hear in the music how they are trying to engineer their futures.”

MORE: Get tickets to "Quetzal"

This article was written by Jennifer Haaland and originally appeared in ASU Gammage's "Inner Circle" magazine.