Researchers, scientists and other community experts are working together to disrupt dementia and end Alzheimer’s disease before losing another generation.

Arizona has the second-highest growth rate for Alzheimer’s disease in the United States. Tempe Mayor Mark Mitchell initiated Dementia Friendly Tempe in 2016 to help make the city a livable community for people with dementia and their care partners. 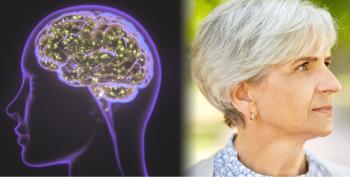 On Saturday, March 16, join experts as they highlight why there is hope now and for the future during the fourth annual Dementia Friendly Tempe Summit focused on "Redefining Dementia."

Alzheimer’s is a devastating disease that takes an incredible toll on the affected person and their families. “There is a sense of urgency to find effective therapies to treat the disease or prevent the symptoms from ever developing,” said Eric M. Reiman, Banner Alzheimer’s Institute executive director. “It is a tall order that requires collaboration from academic and scientific industries and Arizona researchers are leading the way in the endeavor.”

During the Dementia Friendly Tempe Summit, Reiman will highlight the progress made in the scientific fight against Alzheimer’s disease, specifically the work underway to find effective prevention therapies as soon as possible. Diego Mastroeni, assistant research professor at ASU-Banner Neurodegenerative Research Center at the Biodesign Institute, will explore their work to fight Alzheimer’s disease and related dementias. In his presentation, “The Fight Against Age-Associated Neurodegeneration,” he will also talk about current studies looking at other age-related neurological conditions like Parkinson’s disease.

“Alzheimer’s disease is more than a neurological condition that effects the individual; this is a disorder that unbiasedly destroys the lives of all those involved, especially the caregivers,” said Mastroeni. “The importance of Mayor Mitchell’s initiative cannot be understated. As the world’s population ages, we will face significant challenges. One of the greatest challenges will be how to care for those you love so deeply, while not losing yourself in the process.”

Mayor Mark Mitchell, a family caregiver to his mother who has Alzheimer’s, will give an update about the progress of dementia friendly programs within the city of Tempe and the community. "I am so proud of the progress the Dementia Friendly Tempe initiative has made since its inception. In four short years, we have trained more than 3,000 new Dementia Friends and have started making progress on our goal to train all of our city employees," said Mitchell.  "This summer, we kicked this process off by prioritizing training for our first responders. I look forward to continuing Dementia Friendly Tempe's momentum."

The fourth Annual Dementia Friendly Tempe Summit — Redefining Dementia is 10 a.m. Saturday, March 16 at the Edward Jones Training Facility, 8333 S. River Parkway in Tempe. It is free, with registration required at BannerAlz.eventbrite.com or by calling 602-839-6850. Respite care will be provided to registered attendees who bring their loved one living with dementia as needed.