The age of robotics and autonomous systems is upon us. These emerging technologies have the potential to increase the efficiency, productivity and safety of humans in manufacturing, transportation, aerospace, defense, health care and many other critical fields.

Within the last five years, these fields have seen tremendous growth. Despite that, industry and academia are in pressing need of qualified personnel to continue pursuing advancements in robotics and autonomous systems to positively affect people, the planet and future generations. 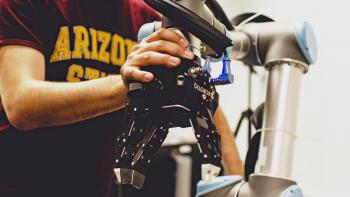 The members of ASU’s Interactive Robotics Lab have been exploring human-robot interaction and collaboration through the development of machine learning methods that allow humanoid robots to behave in an intelligent and autonomous manner. Photo by Bailey Vidler/ASU Download Full Image

As a result, Arizona State University’s Ira A. Fulton Schools of Engineering has created a new master’s degree program in robotics and autonomous systems designed to train the next generation of robotics researchers with multidisciplinary knowledge in artificial intelligence, computer science, machine learning, sensing and signal processing, mechanical engineering and a variety of other advanced topics.

“In the future, we’re going to be interacting with intelligent machines a lot in our everyday lives,” said Panagiotis Artemiadis, the robotics and autonomous systems graduate program chair and an associate professor of aerospace and mechanical engineering. “We need to make sure people understand how to design, build and control the intelligent machines that will ultimately make our lives easier.”

ASU’s new graduate program, which launched Jan. 7, is one of fewer than 10 in the country specialized in the field of robotics and autonomous systems. Students will gain in-depth theoretical knowledge and practical experience working across engineering specialties — such as mechanical systems, electrical systems, computation and intelligence — to develop and control robotic platforms and autonomous systems geared toward improving quality of life for all. 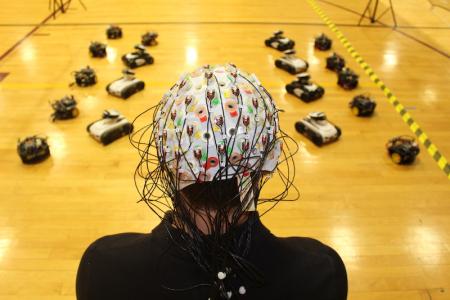 Associate Professor Panagiotis Artemiadis, the director of ASU’s Human-Oriented Robotics and Control Laboratory, has been working on understanding how humans can perceive and control collective behaviors for a swarm of semi-autonomous agents. Photo courtesy of Panagiotis Artemiadis

“We created the program because we need to train more people to overcome the current shortage of qualified personnel within robotics and autonomous systems,” said Lina Karam, a professor of electrical engineering in the Fulton Schools. “Students need a breadth of knowledge to create the next generation of technologies that can have a significant impact on our economy and quality of life.”

Alex Goldman, who received a mechanical engineering degree from the University of Michigan, was drawn to the graduate program because of its focus on interdisciplinary collaboration.

As part of the first cohort of students in the program, Goldman will specialize in aerospace and mechanical engineering, but he is also excited about the ability to choose from the program’s large number of courses in other disciplines — ranging from advanced system modeling and mechatronics device innovation to computer-controlled systems and human-aware robotics.

Goldman also wants to conduct research at the intersection of robotics and water. In one of his courses, he’ll work with a doctoral student who is designing an autonomous vehicle to detect microplastics in Tempe Town Lake near ASU's Tempe campus. He’s also excited to collaborate with professors who are designing octopus-inspired autonomous arms and autonomous water vehicles.

“I find people get really excited about space exploration, but we know more about the surfaces of several other planets than we do our ocean floor,” said Goldman, whose interest in water research spurred from his passion for scuba diving. “It’s a frontier of exploration for me. I want to help conserve our oceans so the next generations can continue to enjoy everything I’ve enjoyed.”

Many of the robotics labs also have strong ties to industry partners and collaborators, which enable graduate students to interact with and present their ideas to industry representatives. “We cover most if not all the areas of robotics,” said Georgios Fainekos, an associate professor of computer science and engineering in the Fulton Schools. “You can be embedded into a lab of your choice and make progress in your career.”

The new master’s degree program — which has already received more than 200 applications since opening on Nov. 14, 2018 — is just one initiative of many that are working toward effectively utilizing the university’s expansive multidisciplinary research community to expand its impact in the age of robotics and autonomous systems.

“I’m really excited to be a part of the first class of people getting into the program and being a part of what I think will be a much bigger program pretty soon,” said Goldman.

Arizona State University’s Assistant Professor Petr Sulc of the School of Molecular Sciences and the Biodesign Institute recently collaborated with Assistant Professor Thorsten L. Schmidt of Kent State, formerly of Technische Universität Dresden, Germany, to study structural DNA nanotechnology.  The field of DNA nanotechnology has been one of the most rapidly growing areas of study. Researche...

The field of DNA nanotechnology has been one of the most rapidly growing areas of study. Researchers are able to construct intricate DNA sequences, while having precise control over the assembled features. The uses for these applications could yield cost-effective solutions in nanomedicine, and DNA nanotechnology could change the way diseases like cancer or cardiovascular disease are diagnosed or treated in the future. 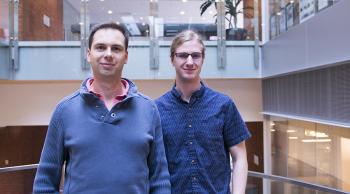 In a recent publication "Triangulated Wireframe Structures Assembled Using Single-Stranded DNA Tiles" in ACS Nano, Sulc's group developed new high-performance simulations to study DNA nanomaterials developed in Schmidt's group in TU Dresden. These novel "DNA triangulated wireframe tiles" allow for assembly of 2D and 3D nanoscale objects out of single-stranded DNAs. These objects assemble out of DNA strands which form a triangular mesh, designed to assemble into a desired shape. However, it turned out that certain structures assembled with no or very low yield. Coarse-grained model and tools for high-performance computation on GPUs, developed in the Sulc lab, were able to simulate the nanostructures consisting of several thousands of nucleotides, and explain at the molecular interaction level the reason for successful or unsuccessful assembly of the designed nanoarrays.

Structural analysis of the rhombus, tube and ring structures. 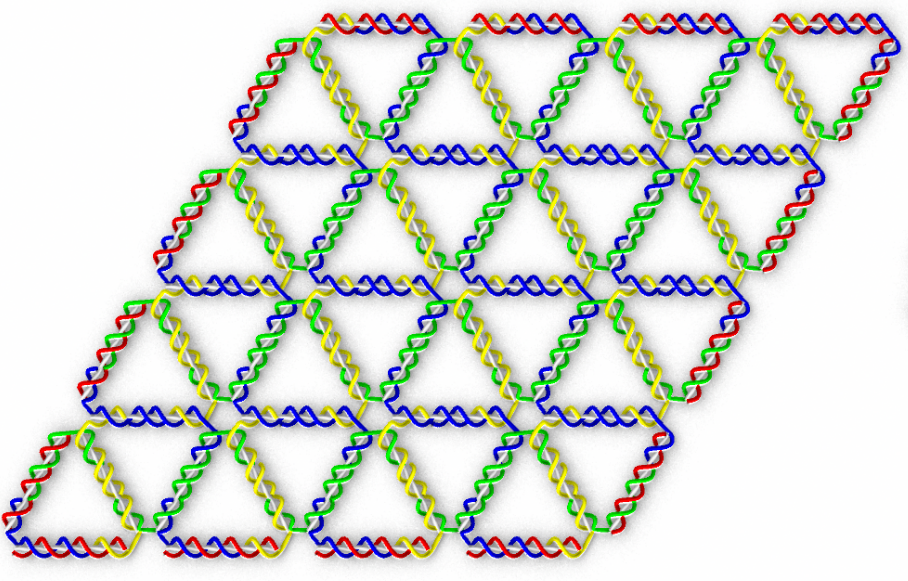 Schematics of the simulation and experiment from Sulc's work.

Sulc's lab applies broadly the methods of statistical physics and computational modeling to problems in biology, chemistry and nanotechnology. He develops new multiscale models to study interactions between biomolecules. Most of his current efforts focus on modeling nucleic acid interactions in DNA/RNA nanotechnology.

Sulc joined the School of Molecular Sciences and the Center for Molecular Design and Biomimetics at the Biodesign Institute in January 2018. The highly collaborative and interdisciplinary environment at ASU allows him to directly work side-by-side with experimental groups and develop new computer tools and algorithms that can address challenging problems that arise from nanotechnology, as well as use computer modeling to design novel nanostructures that guide experimental design.

Additional co-authors of this paper include Erik Poppleton from the Biodesign Center for Molecular Design & Biomimetics; Nayan P. Agarwal, Foram M. Joshi and Michael Matthies from the Center for Advancing Electronics Dresden, Faculty of Chemistry and Food Chemistry.