What is the National Intelligence Strategy?

Question: What is the National Intelligence Strategy, and why is it important? 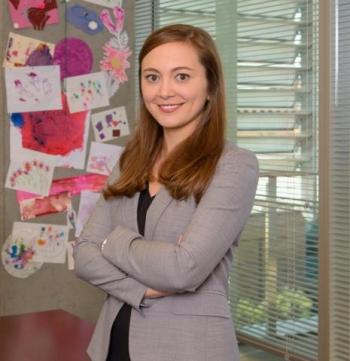 The IC is a sprawling enterprise composed of 17 organizations, some of which are independent like the CIA and others that sit under Cabinet-level departments like the Department of Defense. The National Intelligence Strategy serves as a roadmap for these organizations and the people working on intelligence issues every day, highlighting priority threats, outlining emerging capabilities and providing a sense of what the IC is focusing on and how it is evolving.

It is a key document for anyone interested in national security. At ASU, we focus on use-inspired research. To do that well in the defense and national security sectors, we need to understand what issues, technology and challenges organizations like the IC are focusing on, and this document helps us do that.

Q: From your perspective, what are the most important takeaways from the document?

A: Three things stand out to me. The first is how seriously the intelligence community takes our privacy and civil liberties. The strategy lists safeguarding privacy and civil liberties as one of the IC’s seven enterprise objectives. Trust is at the core of everything the IC does, and without the trust of citizens, of assets, of partners, the IC will be less effective. We live in an environment now where a lot of our privacy is eroded. Sometimes people fear that the intelligence community abuses privacy vulnerabilities, but I think the IC is actually more responsible with our privacy than private industry.

The second thing that stands out to me is how prevalent computing technology and computing research and development is throughout the document, both as areas where we are vulnerable as a nation and as areas of opportunity. Some examples from the document that are relevant to research currently being done at ASU are cyberthreats, information manipulation and discussions of how artificial intelligence, automation and high-performance computing can be used in positive and negative ways.

The third takeaway for me is how access to new technologies has expanded the threat landscape. Much of the innovation in the U.S. is done by the private sector, and this has democratized access in some ways, giving current and potential adversaries new tools to work with.

Q: What role can researchers play in addressing these threats?

A: There’s tremendous research capability that can be leveraged to address some of the emerging threats. In the areas of cybersecurity, there are researchers here at ASU building systems that can protect themselves from attacks, that automatically identify malicious code and fix it.

There also are technologies being developed that can recognize deepfakes in videos, detect and flag them and make sure they don’t spread through various communication channels.

Online influence is an area with extensive research potential. There are technologies that can track and identify how information spreads online, and techniques to detect malicious actors and how that information is affecting opinions. This research can range in fields from computer science to psychology to narrative framing.

Q: How is ASU’s Global Security Initiative positioned to take on complex global challenges like these?

A: In his testimony to the Senate Select Committee on Intelligence recently, Director of National Intelligence Daniel Coats listed cybersecurity, online influence operations and advances in artificial intelligence as key concerns, among others. GSI has been working on these issues for years, and it is good to see that our priorities match those of the IC. We strive to understand the mission landscape and anticipate needs, and this document has confirmed that we are focusing on the right things.

Academia has an important role in supporting the intelligence community. We are hubs of creativity, have incredible subject-matter expertise across a wide range of disciplines and are able to have a longer-term view of research than most private-sector counterparts. Here at GSI for example, we bring together interdisciplinary teams of researchers to take on pressing cybersecurity challenges and to tackle influence operations.

Afrofuturism explores science fiction but is rooted in the past

Afrofuturism is a long-emerging art and cultural movement that views music, literature, films and television through a black lens.Somewhat controversial, the term — an intersection of sci-fi, art and black pride — was coined by a white writer a quarter-century ago but has roots in the work of sociologist W.E.B. Du Bois. Since then, Afrofuturism has gone from strength to strength and has entere... 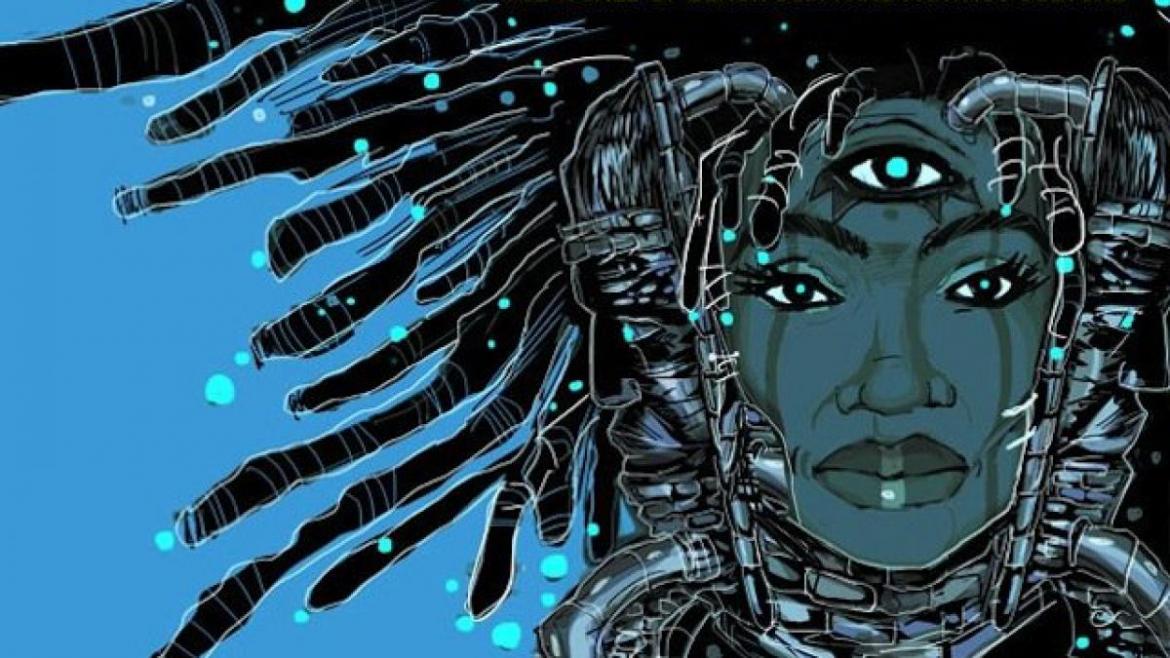 Afrofuturism explores science fiction but is rooted in the past

AfrofuturismAfrofuturism has also been called the Black Speculative Arts Movement. is a long-emerging art and cultural movement that views music, literature, films and television through a black lens.

Somewhat controversial, the term — an intersection of sci-fi, art and black pride — was coined by a white writer a quarter-century ago but has roots in the work of sociologist W.E.B. Du Bois. Since then, Afrofuturism has gone from strength to strength and has entered the mainstream realm.

It can be seen in blockbuster movies such as "Black Panther," the music videos of Janelle Monae and in the literature of Sheree Renée Thomas.

• 7 p.m. Feb. 12 — ASU’s Center for Science and the Imagination is partnering with FilmBar in Phoenix for a screening of "Blade." Based on a Marvel comics character, the 1998 action-horror flick is a groundbreaking Afrofuturist work that led to paradigm-shifting genre films like "Black Panther." Buy tickets.

• 2 p.m. Feb. 13 — ASU’s Center for Science and the Imagination, the Institute for Humanities Research and the School for the Future of Innovation in Society will co-host an event on the ASU Tempe campus with film critic and philosopher Steven Shaviro, who will lecture on Afrofuturism and “cyborg feminism,” using popular media as the lens to examine themes of equity and inclusion in alternate science fiction. The event is free, but seating is limited. RSVP.

ASU Now spoke with Michael Bennett, an associate research professor and assistant director in ASU’s School for the Future of Innovation in Society, the Center for Science and the Imagination and the Risk Innovation Lab, as well as a lecturer in the Sandra Day O’Connor College of Law. Bennett took time to answer a few questions about Afrofuturism before he hosts the vampire-themed screening and discussion of "Blade" on Feb. 12 at FilmBar. 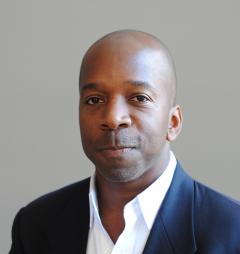 Question: Can you define Afrofuturism, and why is it important to African-American art?

Answer: Any attempt define Afrofuturism is akin to efforts to define other rich domains of artistic and art-inspired activity — say, a subfield of modern English-language poetry or punk rock. Can you generate a definition? Sure. But having that definition express anything vital about Afrofuturism is virtually impossible.

Like those subfields of poetry and punk rock, Afrofuturism is dynamic: more like a conversation than cement.

Nevertheless, if the work foregrounds both black people and technoscience, if it explores one or more ways to convert catastrophe into an energy source for more and better living on the part of black people, and if it presents concepts of time — past, alternate pasts' presents, alternate presents, futures — as intrinsically political, then the odds are good you’re being confronted by an Afrofuturist work.

Q: Afrofuturist ideas seem to go beyond cinema and can be seen in music, television and other art forms. When did this genre begin, and how did it develop over the years?

A: Pursuit of a meaningful origin story and birth date for Afrofuturism are also quixotic and bound to disappoint. Certainly Afrofuturism gains considerable momentum in the early 2000s as institutional and independent scholars like Alondra Nelson and Sheree Thomas start exploring the domain. It’s noteworthy that women have always occupied the center of gravity of Afrofuturism.

However, as far as the musical, textual and visual fodder go, Afrofuturists lay claim to works stretching back to the mid-20th century, like the works of Sun Ra and Nichelle Nichols' depiction of Uhura in "Star Trek," and even earlier to W.E.B. Du Bois' speculative fiction. Some Afrofuturists stretch back to the 19th century, even, and claim Martin Delany, the progenitor of black nationalist thought, and his fictional writings as kindred.

However, Afrofuturism had expanded, helium-like, to encompass a wide scope of mostly artworks, but also philosophical perspectives, and increasingly political projects focused on black culture, technoscience and futurity.

Q: On Feb. 12 you’ll be hosting a screening of "Blade" starring Wesley Snipes. You have credited this movie as a “groundbreaking Afrofuturist work," saying it provides the foundation for the paradigm-shifting films we’re seeing today. Why do you believe this to be true?

A: When "Blade" was released in 1998, Marvel Studios was nearly on its deathbed. "Blade" was essentially a Hail Mary effort on the part of the studio. Wesley Snipes had dreamed of doing a "Black Panther" movie at that time, but the project failed to launch. Snipes took his thoughts about how "Black Panther" should be presented onscreen and used them to fashion "Blade."

"Blade" turned into a financial success for Marvel. But, importantly, it also served as proof of concept for both Marvel superhero films writ large and, importantly, the viability of such films centering on a black character and aesthetic. In that sense, "Blade" paved the way for "Black Panther," but only after "Black Panther" paved the way for "Blade."

Q: What are some other Afrofuturist movies or roles you can point to in cinema and television?

A: In addition to "Blade" and "Black Panther," there's "Sorry to Bother You," "Get Out," "The Matrix," "Brother from Another Planet," "They Live," "Born in Flames" and "A Wrinkle in Time." Much of the music and music videos of Janelle Monae, "Hidden Figures," Uhura/"Star Trek," Dualla/"Battlestar Galactica" reboot, Colonel Tigh/"Battlestar Galactica" [1978-79 series], and original Lando and Finn in the Star Wars films.

Q: Where do you see Afrofuturism going from here?

A: I see three different future directions of Afrofuturism: In one, Afrofuturism fizzles after another five to 10 years, say around 2030. A new phase of black cultural production becomes fashionable, attractively edgy or politically necessary and obsolesces Afrofuturism.

In a second, Afrofuturism calcifies into a hegemonic mode of art accounting for the majority of the work produced by members of the African diaspora.

It's also possible, perhaps even probable, that Afrofuturism becomes the fuel for a genuine political movement, or perhaps a political party.