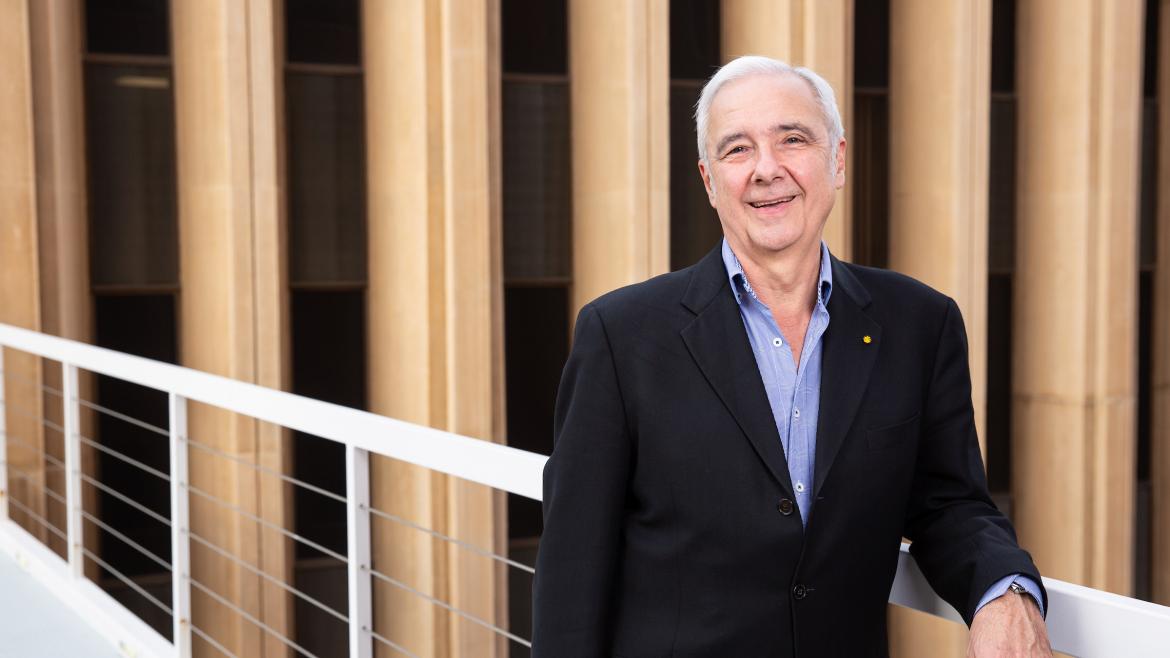 After 35 years of study and more than 200 publications, Osvaldo Sala named Regents' Professor at ASU

Drylands account for 40 percent of the Earth’s surface. They are home to 30 percent of the people, including some of the most vulnerable, and half of the world’s livestock. About 35 percent of terrestrial carbon is fixed in drylands.

Sala has spent more than 35 years studying the driest places on Earth: the Patagonian steppe, the annual grasslands of California, the Kalahari in southern Africa, the Loess Plateau in China and the Chihuahuan Desert in New Mexico. His publications are among the most cited in the fields of ecology, sustainability and biology. He has more than 200 publications and 40,000 citations.

No more than 3 percent of all faculty at ASU carry the distinction.

Sala’s work is particularly important in the Age of the Anthropocene.

“People who live in Africa and Asia are very dependent on natural resources, herders of cattle and goats and camels,” he said. “They also live in nations that are the most politically volatile, who are going to be affected first by climate change. Once there is climate change we are going to see prolonged droughts that are going to affect their ability to raise cattle, that is going to cause famines, and that’s going to create unrest and political instability.”

That, in turn, affects global sustainability — the biggest problem of our age.

“It’s impossible to figure out the sustainability puzzle without figuring out what to do with the drylands because of the immensity of all the things we talked about,” Sala said.

Figuring out part of the puzzle is Sala’s global Drought Net experiment, funded by the National Science Foundation.

“We don’t know,” Sala said. “How we are going to answer those questions? So we designed a very simple experiment where we apply experimentally a drought that has a probability of occurring once every 100 years and distributed this very simple experiment over 100 locations all over the world, from Asia to South America to Africa to Australia to Europe.”

The first results will be analyzed this winter.

Sala is famous for his Sala shelters. A simple way of reducing incoming precipitation, they are a way of increasing droughts of different intensities. “They are all over the world now,” he said.

In the future he would like to see ASU become the global center for the study of drylands.

“Arizona State University is in the desert,” he said. “We live in the drylands. If you look at the ASU charter, it says we are embedded in the community. I see working in drylands not only an opportunity for ASU, but our responsibility. We must do it. We don’t have a choice. We can lead the drylands research education of the world from here. Who else can do it? We should do it.”

Sala cherishes the honor of being named Regents’ Professor.

“I feel honored and humbled to be among ASU’s Regents' Professors who encompass excellence in so many fields of study,” he said. “My day-to-day work focuses on drylands that range from deserts to grasslands and savannas. I use field experimentation together with mathematical models in my quest to provide the necessary knowledge to achieve drylands sustainability, which is essential to achieve global sustainability.”

Top photo: Regents' Professor Osvaldo Sala (photographed on the ASU Tempe campus Jan. 28) is the founding director of the Global Drylands Center at ASU and is the president-elect of the Ecological Society of America. Photo by Deanna Dent/ASU Now

Smoking is at an all-time low, but we can do better

The U.S. Centers for Disease Control and Prevention recently reported that cigarette smoking reached an all-time low in 2017, with just 14 percent of Americans still indulging in the habit. However, despite the promising downward trend in smoking’s popularity, it remains the leading cause of preventable death in the U.S., accounting for an estimated 480,000 deaths every year.Arizona State Univer... Smoking is at an all-time low, but we can do better

The U.S. Centers for Disease Control and Prevention recently reported that cigarette smoking reached an all-time low in 2017, with just 14 percent of Americans still indulging in the habit. However, despite the promising downward trend in smoking’s popularity, it remains the leading cause of preventable death in the U.S., accounting for an estimated 480,000 deaths every year.

Arizona State University College of Health Solutions Professor Scott Leischow wrote in a January opinion piece for JAMA that making the smoking-cessation drug vareniclineVarenicline is the generic name for a prescription medication used to treat nicotine addiction by reducing cravings and decreasing the pleasurable effects of cigarettes and other tobacco products. One trade name for the drug is Chantix. available over the counter could help to reduce the rate of smoking even more.

“Tobacco addiction is a hard addiction to break because even though there are far fewer people smoking than there used to be, it’s a legal drug and it’s a very addicting substance,” said Leischow, who co-led Cancer Prevention and Control at Mayo Clinic Cancer Center before joining ASU in June of 2017.

And it’s fair to say he knows what he’s talking about. A former smoker himself, Leischow kicked the habit and went on to serve as senior adviser for tobacco policy in the U.S. Department of Health and Human Services, chief of the tobacco control research branch at the National Cancer Institute of NIH and editor-in-chief of the journal Tobacco Regulatory Science.

With funding from the NIH, Leischow has begun the first-ever study to look at the potential of offering varenicline as an over-the-counter smoking-cessation treatment. The study is expected to last about three years, and participants are still being recruitedAnyone interested in being a study participant can call the Arizona Tobacco Control Program at 339-545-2678..

ASU Now spoke with Leischow about the reasoning behind his argument and asked him to address some smoking myths and offer his opinion on the use of e-cigarettes as a smoking-cessation method. 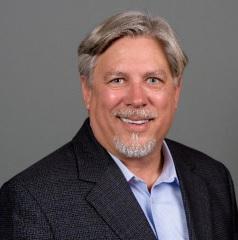 Question: What is the most effective treatment for tobacco addiction?

Answer: There are different medications on the market right now that are FDA-approved for smoking cessation and, unfortunately, sometimes we treat these medications as if they’re all the same — but they aren’t. They have different levels of efficacy.

So one point of my commentary is that those who are helping others quit smoking should focus first and foremost on the evidence of what works best. And what works best is one of two things: varenicline along with behavioral counseling or a combination of nicotine-replacement products, such as a nicotine patch combined with nicotine gum. Varenicline is the single most effective medication for smoking cessation. The combination of replacement products is comparably effective, but you have to use both to get a comparable outcome.

Q: Why are you arguing that varenicline should be made available over the counter?

A: It’s not typical for smokers to make a serious attempt to quit every day. They may try one day, then again six months later, then again in a year. Since people make serious quit attempts infrequently, it’s important we offer them the best treatment options available. Given what we know about the safety of varenicline, this is a medication that we should consider offering over the counter, because the more people who have access to it, the more likely they are to use it to quit smoking. Of course, you’ll want to include behavioral counseling on top of varenicline.

Q: Are there health risks associated with varenicline and nicotine-replacement products?

A: The main side effects of varenicline are nausea and sleep disturbance (difficulty staying asleep). Those same kind of effects can occur with nicotine-replacement products, especially if you do a combination of them. But if a person is a smoker, the most important thing they can do to preserve their life is to quit smoking. It's still the leading cause of preventable death, and there are ways they can be helped to quit.

Q: Is it true that cigarettes are more addictive today than they were 50 or so years ago?

A: Tobacco companies have learned how to manipulate the nicotine content in cigarettes, so there is evidence that nicotine content has increased over time. Companies have learned how to change nicotine delivery. By changing the pH of tobacco, for example, you can change how much nicotine is delivered per cigarette, even if you don’t change the amount of nicotine in each cigarette. Essentially, cigarettes are extremely complex products that are a result of really effective chemistry modifications intended to give them the greatest impact possible.

Q: Is there any solid evidence to suggest e-cigarettes are a viable smoking-cessation method?

A: It’s a really important question because we know that many smokers are trying e-cigarettes to quit, and some people have been successful. The challenge is that we don’t have the science to support that yet. There are some studies underway to investigate this, and a lot more are needed.

The general recommendation is for people to focus first on what we know works, based on the best evidence, and that’s varenicline or a combination of nicotine-replacement products. There are some organizations, like the American Cancer Society, that say, "If you’ve tried all these other products or you won’t use a medication, then it may be worthwhile trying an e-cigarette to see if it helps." So that’s up to the individual. The important thing is they need to know that we don’t know everything that is in those products and we don’t know if it’s really going to help them quit. There just isn’t as much science behind e-cigarettes as these other FDA-approved products.

A: It’s always better to try to quit than to continue smoking. But the way I would express it to a smoker is this: If you try to quit smoking on your own, you have about a 5 percent chance of quitting permanently. If you use medication like varenicline with behavioral counseling, then you’ve probably got about a 25-30 percent chance of quitting. Even those rates aren’t spectacular, but they’re far better than the rates for quitting cold turkey. And given that smokers don’t make that many serious quit attempts, it’s best to use the best approach each time you try.