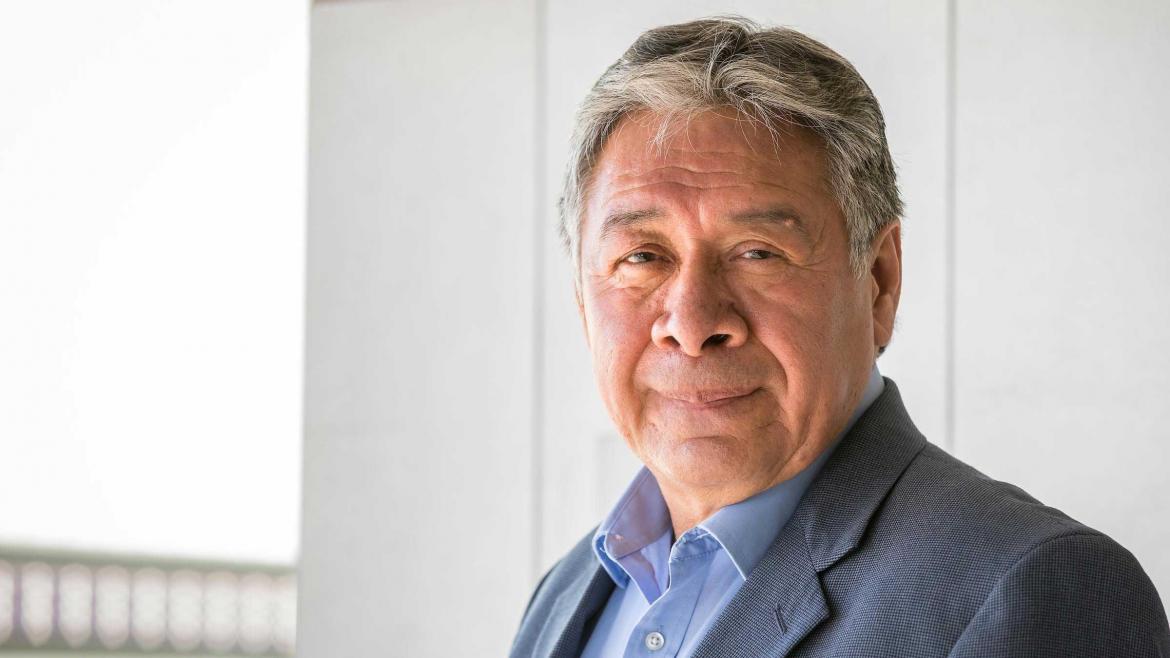 Last October, he was contacted by ASU President Michael M. Crow’s assistant asking for his availability. The caller did not give a reason for the meeting, and Fixico was left hanging in suspense.

“I thought I had done something wrong or was going to be fired,” said Fixico, the Distinguished Foundation ProfessorFixico is also a Distinguished Sustainability Scientist in the Julie Ann Wrigley Global Institute of Sustainability. of History in the School of Historical, Philosophical and Religious Studies.

It was definitely not that.

When Fixico finally met with Crow in his office a week later, he was told that he had been named one of four Regents’ Professors for the 2018-19 academic year.

“It was a major relief,” Fixico said with a laugh. “I thought I might have to look for another job.”

That doesn’t appear to be likely now.

Regents’ Professor is the highest faculty honor and is conferred on full professors who have made remarkable achievements that have brought them national attention and international distinction.

Less than 3 percent of all faculty at Arizona State University carry the distinction.

Bryan McKinley Jones Brayboy, a President’s Professor, director of the Center for Indian Education and ASU’s special adviser to the president on American Indian affairs, was quick to sing Fixico's praises.

“Don Fixico is among the very best historians of American Indians in the world," he said. "He is prolific, and, importantly, his work is meaningful to many of us outside of history. Having Don as a colleague at ASU means that we have someone who is very, very competent, who is fair-minded and tough and who cares deeply about American Indian students and faculty. I admire him as a scholar and as a human being; he really is a gentleman and a scholar.”

The designation capped off a banner year for Fixico. He published his latest book, "Indian Treaties in the United States," and finished serving as president of the Western History Association, considered one of the most prestigious appointments in historical studies. In recognition of Fixico’s prolific scholarly legacy, that organization presented the first Donald Fixico Book Award in 2018. The $1,000 award annually recognizes innovative work in the field of American Indian and Canadian First Nations history that centers on indigenous epistemologies and perspectives.

The Oklahoma native, who is Shawnee, Sac and Fox, Muscogee Creek and Seminole, has far exceeded his own expectations. He has come a long way from working in construction during the summers in order to put himself through college.

“I began to realize there’s got to be an easier way of making a living,” Fixico said. “My big ambition was just to get a job that was indoors.”

He tried his hand at chemical engineering but couldn’t keep up with the accelerating coursework and finally accepted that he was in over his head. He switched majors to history, and everything clicked. Though it took several years for him to understand, he says his mind worked like a wheel and took a circular, rather than linear, approach when writing. He said that approach didn’t endear him to his professors or future editors, but he learned to adjust.

Fixico said he had to rewrite his first book, "Termination and Relocation," four times before it was published in 1986. 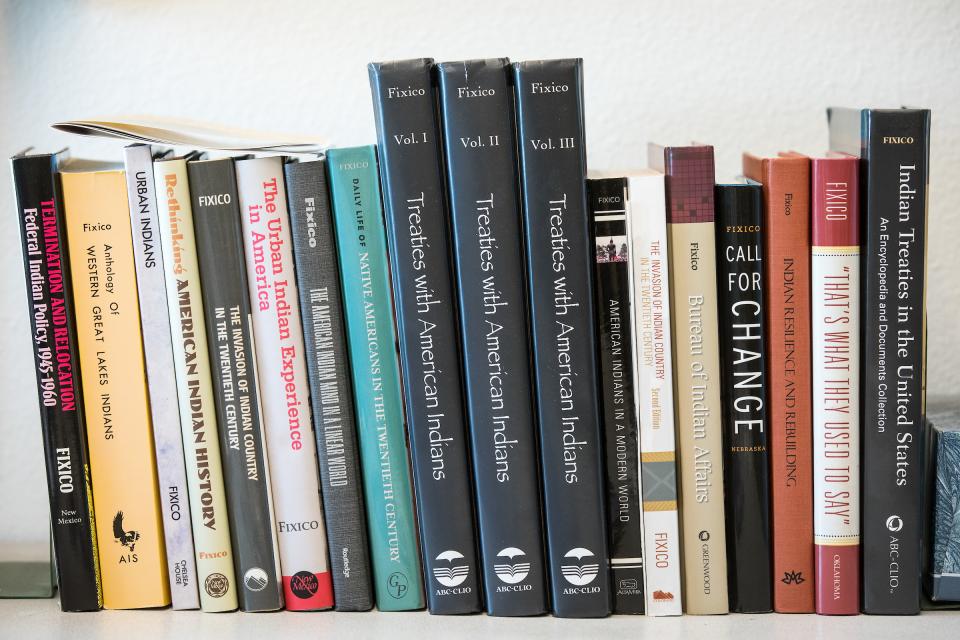 Fixico has created a knowledge base of the narratives that did not exist before his research in what he calls the “Medicine Way of American Indian History.” He has shown the importance of Indian oral traditions and Native perspectives in general as a necessary ingredient for the writing of not only Indian histories but American histories. He said that developed as a necessity when he gave his first lecture at Rose State College, where he taught a course as a doctoral student.

“I delivered that first lecture with a lot of energy and gave it everything I had, and walked out of that classroom so proud,” Fixico said. “Then I realized that I told them everything I knew and didn’t have anything else to offer my students. I was so tightly focused on American Indians. Then I got very scared because I realized that I didn’t know enough about other types of history.”

Fixico made a concerted effort to have lunch with older professors who could teach him world history from different eras. He said this exercise helped him to understand that history has universal themes such as liberty, democracy, sovereignty, love and hate.

Today Fixico is now that "older professor" who is teaching others how to become historians. Three years ago, ASU recognized him with the Doctoral Student Mentor Award. To date he has mentored and graduated 16 PhD students and has two more in the pipeline. One of his former students is William S. Kiser, an assistant professor and director of the Global Borders and Borderlands History Program at Texas A&M University-San Antonio.

“Professor Fixico just didn’t teach us history — he taught us the craft of being a historian,” said Kiser, who received his PhD from ASU in 2016. “He’d teach us things about tenure, the importance of publishing, peer guidelines. He instilled a high bar of excellence in the most compassionate way possible.”

“The most valuable thing he did was enable us to discover what made us special as students and scholars, and how to understand ourselves as individuals,” King said. “I never felt like a checkbox to him because he made himself available to us at all times and was always in the moment. I’ve found other scholars to be self-serving, but Professor Fixico is a humble person and a person you naturally respect and honor.”

Fixico said that though he studies and teaches history, millennials are teaching him that he must stay relevant to their issues and concerns in order to engage them in the classroom.

“I want them to think analytically and to articulate their views as well as they can and improve,” Fixico said. “They are teaching me that I must stay in tune with what’s going on in the world, and if you can keep an open mind, you can learn something new every day. … It’s refreshing to stay young in that way.”

Top photo: Regents' Professor of history Donald L. Fixico, of the School of Historical, Philosophical and Religious Studies, is the author of more than a dozen books on American Indian issues. Photo by Charlie Leight/ASU Now

The Sun Devils blank the Waves behind their fifth-straight doubles point and six singles wins. ... The Sun Devils blank the Waves behind their fifth-straight doubles point and six singles wins.