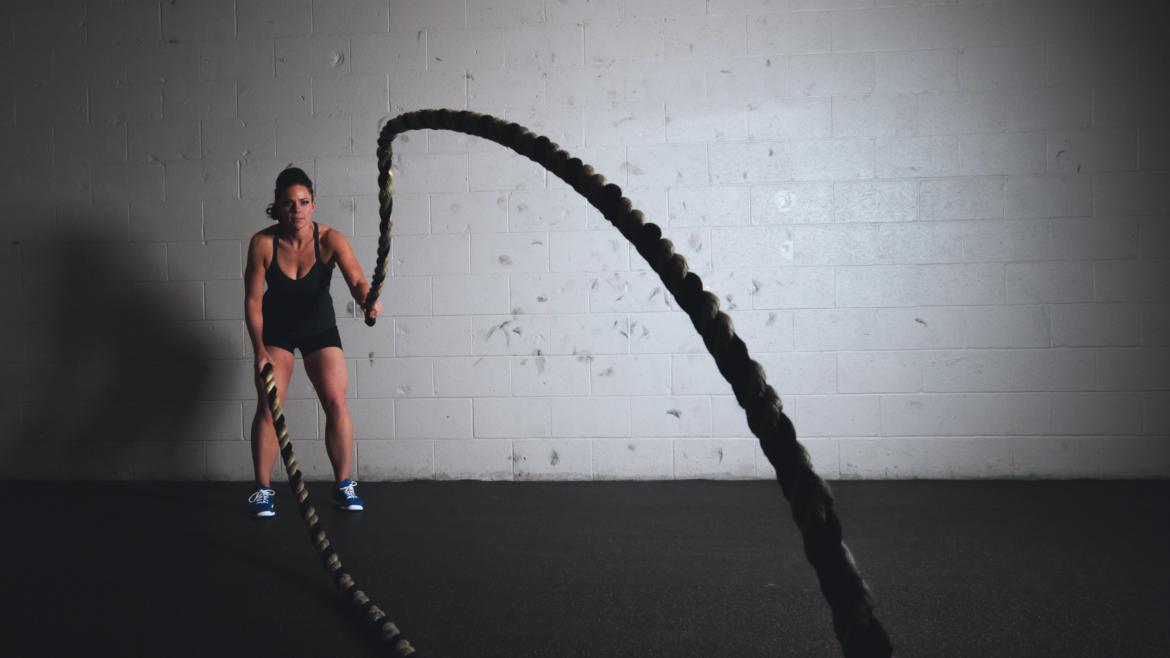 Working on your fitness: Less might just be more when it comes to physical activity

The expectation of constant availability due to our 21st-century, technology-driven lifestyles can be exhausting. Throw in laundry, shopping and social obligations, and finding the time to exercise can seem impossible.

In fact, the single most common excuse for not exercising regularly is a perceived lack of time, said Glenn Gaesser, professor of exercise and wellness at Arizona State University’s College of Health Solutions.

He and ASU Assistant Professor Siddhartha Angadi have been working together for over a decade to research the effects of high-intensity interval training, or HIIT — characterized by short bursts of intense activity — on various health outcomes.

Their research reflects recent updates to the national Physical Activity Guidelines, a set of recommendations that impact public health policies.

Experts have long agreed that adults should aim for roughly 150 minutes of moderate physical activity per week. When the guidelines were first published in 2008, it was thought that in order to obtain meaningful health benefits, those 150 minutes had to be accrued in bouts of at least 30 minutes of activity at a time.

Gaesser and Angadi’s research has shown that not only can shorter bouts of physical activity produce the same benefits as longer bouts, but that if the shorter bouts are ramped up from a moderate level (something akin to a brisk walk) to a vigorous level (where you’re almost out of breath but not quite), they may even produce more health benefits than longer, moderate-level bouts.

For instance, in more than one study, Gaesser and Angadi found that HIIT was better than traditional, continuous bouts of exercise at lowering blood pressure.

A common misconception about HIIT is that it’s too difficult for the average person. In actuality, HIIT is tailored to an individual’s personal capabilities. The principle is to do just enough physical activity to elevate your heart rate to the point just before you start to feel fatigued — which is different for everyone — and then stop. That’s one HIIT bout.

Generally, one HIIT bout takes anywhere from 30 seconds to a few minutes. You can rest for as much or as little time between each bout as you like, as long as you do enough bouts each week to add up to 150 minutes. That makes it easy to incorporate HIIT into a busy schedule; on a regular workday, you can get 30 minutes of physical activity in by taking a few minutes’ break every hour to climb the stairwell or take a brisk walk around the office building.

“People might not be able to do a 30-minute routine every day,” Gaesser said, “but if you say you don’t have two minutes here and there, I’m just not buying it.” 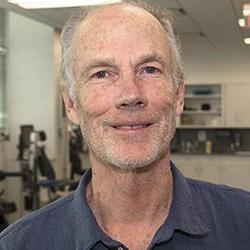 Over the years, he and Angadi have seen everyone from obese individuals to heart-failure patients employ HIIT with ease. They’re currently in the midst of a study looking at the effects of HIIT on the hearts of breast cancer patients.

Breast cancer is highly survivable, with about a 90 percent five-year survival rate. But in women who are over the age of 60, heart disease competes with the cancer as a cause of death because chemotherapy is so hard on the heart. It causes oxidative stress, so a natural reaction would be to dose patients with antioxidants like vitamins C and E. However, antioxidants go everywhere in the body, including into the cancer cells, which actually helps them fight the chemo and spread further.

“Because of this, there was a desperate need to come up with a strategy to protect the heart without compromising the cancer-killing properties of chemotherapy,” said Angadi.

Based on his and Gaesser’s research, he knew that HIIT builds up antioxidants inside tissues used while exercising — most notably in this case, the heart. So he reasoned that by “dosing” breast cancer patients with HIIT before they undergo chemotherapy, their hearts could be preconditioned to better withstand the damage it caused.

Initial results of the first human trials taking place at Angadi and Gaesser’s lab in downtown Phoenix are promising, indicating that hearts of patients dosed with HIIT are faring better than those in a control group who were only asked to walk 10,000 steps each day.

While some cancer centers are now incorporating exercise into patients’ treatment regimens, it is usually the case that it is only introduced after chemo has already begun. By then, Angadi said, it’s too late. 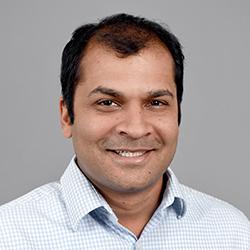 “Chemotherapy causes direct cardiac tissue death, and these are specialized tissues in our body,” he said. “Once they’re gone, they’re gone. There’s no bringing them back. So you have to act before the house catches fire.”

Depending on the success of the breast cancer patient study, Angadi and Gaesser hope to move onto studying the effects of HIIT in children with leukemia, for which the same cardiotoxic drugs are used in treatment. Like breast cancer, pediatric leukemia also has a high survival rate but can wreak havoc on the heart, causing survivors of the disease to experience cardiac events much earlier in life, usually in their early 40s.

“The drugs (they’re given for treatment) are effectively heart disease and diabetes in a pill,” Angadi said. “Don’t get me wrong, you don’t get the drugs, you die. You don’t even make it to 40. So they’re absolutely essential. But we need to come up with harm-reduction strategies to mitigate the risk associated with them.”

Learn more: On Feb. 1–2, Angadi and Gaesser will be hosting “Building Healthy Lifestyles,” a conference that takes place at ASU’s Memorial Union on the Tempe campus, to explore better ways of managing obesity. The conference is open to the public and free for ASU students (non-ASU students can attend for $25 and professionals can attend for $90). Registration closes Friday, Jan. 25.

Editor’s note: This is part of a series of profiles for fall 2018 commencement. Read about more graduates. Marianna Kaneris, an Arizona State University senior and a double major in psychology and biochemistry, was recognized on Dec. 11 as the Dean’s Medalist for the Department of Psychology. The Dean’s Medalist is the highest achieving student in the psychology department for the fall 20... 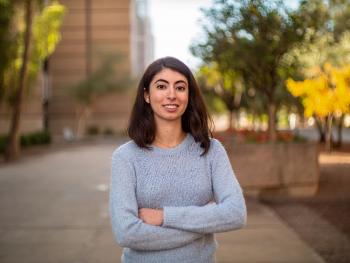 Marianna Kaneris, an ASU senior and a double major in psychology and biochemistry, was recognized as the fall 2018 Dean’s Medalist for the Department of Psychology. Download Full Image

“I have plenty of peers who were equally deserving, so it is a great honor to be recognized as the Dean’s Medalist,” Kaneris said.

Her contributions to psychology go far beyond academics. Kaneris served her fellow students as a student assistant in the academic advising office and was a member of Psi Chi, the National Honors Society of Psychology. She also worked with Viridiana Benitez, assistant professor of psychology, in the Learning and Development Lab.

“Marianna is an exceptional student,” Benitez said. “She's a fast learner, fully committed to her responsibilities in and out of the lab, and she really enjoys thinking about the research questions and exploring new areas to learn. She did so well in the first semester in my lab that I asked her to stay on through the summer.”

Kaneris said the Learning and Development lab was a perfect fit because of her experience with language learning: She grew up speaking Greek at home and studied French at ASU. She also loves working with children.

“Marianna takes initiative. When something needs to be done in the lab, she doesn't wait to be told to do it. She also gives feedback and ideas for how to make our research better,” Benitez added.

In the future, Kaneris plans to pursue graduate studies in public health, focusing on health promotion in communities.

“There are a lot of health disparities in communities, and I would like to go into health promotion to help people to live happier and healthier lives,” Kaneris said.

Answer: I had been interested in health since my science classes in high school, and this interest led me to study biochemistry at ASU. I liked chemistry and was interested in learning about health on a molecular level. But then I took Psychology 101 my sophomore year of college and loved it. I decided to double major in psychology and biochemistry. Psychology plays an integral part in health as well, so it was a natural fit for me and my interests.

Q: What’s something you learned while at ASU that changed your perspective?

A: I learned to enjoy the journey, one day at a time. Life holds a lot of twists and turns, so learning to be grateful for the present is very important. Like a lot of students, I thought I had to know exactly what I wanted to do with the rest of my life on my first day of college. That’s wonderful for those people who do know what they want to do, but for the others like me, I now know that it’s OK to explore your options and figure things out along the way.

A: Having grown up in Phoenix, I had the opportunity to visit ASU when I was younger, and I loved the ASU environment and community. There was no question that this was the school I wanted to attend. Also, I have family members who are ASU alumni, so I knew that ASU provided the resources and opportunities for its students to succeed.

A: I have been really fortunate to have had so many wonderful professors here at ASU; all have influenced me with their enthusiasm, approachability and encouragement. It is hard to choose just one! The most important lesson I have learned is to be positive and always have enthusiasm in whatever I do.

A: I would give two pieces of advice. First, believe in your abilities, and never give up on achieving your goals.

The second piece of advice is to use your time in college to step out of your comfort zone a bit and try new things. That could mean joining a club, getting involved in research or simply just introducing yourself and starting a conversation with one of your classmates sitting next you.

The best experiences and strongest friendships I have made throughout college have been from when I stepped out my comfort zone.

A: My favorite spot for studying was the second floor of Noble at the tables by the windows. My absolute favorite part of campus is by the fountain in front of old main, especially in the mornings when the light hits the water; I find it so calming.

A: I plan on pursuing graduate studies next fall in public health with a focus on health promotion.

A: I would address some of the health disparities across the world. I would try to ensure that everyone has access to clean water, nutritious food and basic medical resources.