Jane Jackson was the first woman to receive her PhD in physics at Arizona State University. This month she celebrates 25 years working with ASU.

Her journey in physics began as a teenager: She began to ponder and question the makeup of the universe — and her place in it. She checked out Albert Einstein’s “The Evolution of Physics” from her local library and decided after reading it that physics held the answers she was looking for. 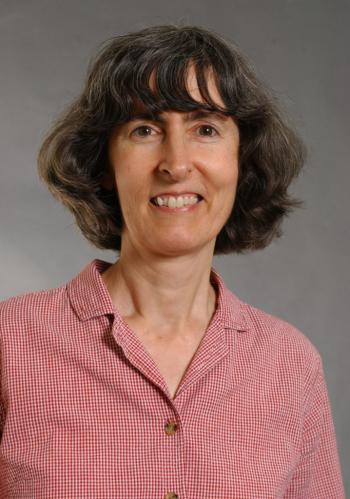 Jackson moved from New York to attend ASU in 1962. The physics program was tiny then, and out of 17 students, she was the only woman.

While studying, Jackson involved herself with the Society of Physics Students, serving as vice president and treasurer.

“It was a small group — supportive, good-humored — rather like a family of peers,” she said.

Encouraged by her mentors, she stayed on to earn her doctorate and became the first woman to receive a doctorate in physics at ASU.

“My PhD adviser Akbar Ahmadzadeh and my two favorite professors, David Hestenes and Richard (Dick) Jacob, were very important to my success at ASU,” she said. “These three challenged me the most.”

After graduating, Jackson went on to become an assistant physics professor at South Dakota State University for eight years. After receiving an offer for a faculty position at Scottsdale Community College, she returned to Arizona and soon found her way back to ASU to take on an exciting new challenge.

“When I learned in 1994 that David Hestenes had just been awarded a $4 million grant by the National Science Foundation for modeling instruction, I saw its potential for excellence, so I accepted a job as project co-director,” she said. “All told, 6,000 high school teachers and many thousands of their students have benefited from this program in the last 20 years.”

Arizona has a distinct shortage of teachers of the physical sciences, and a large percentage of those currently teaching these K-12 courses do not hold degrees in the subjects they are teaching. The STEM program courses offered through the ASU graduate program for teachers are specifically designed to meet professional development needs of high school and postsecondary physics, chemistry and physical science teachers.

Teachers can enroll in these courses to earn credit toward recertification, become more effective in the classroom, progress toward becoming qualified faculty by the Higher Learning Commission, pursue an interdisciplinary Master of Natural Science degree (MNS), or as electives in education degrees.

“It is so necessary; critical thinking is essential to meet 21st-century challenges ahead, such as global warming,” Jackson said of the program. “Physics is the foundation of all sciences, engineering and technology. Thus, Arizona’s economic competitiveness depends on a strong K-12 education that includes a robust physics course.”