“This is an outstanding achievement and we are honored to be recognized for our program’s quality and prestige,” said Sanjeev Khagram, Thunderbird dean and director general. “This ranking is a testament to Thunderbird’s curricular innovation and to the unparalleled experience that our faculty, career and engagement teams deliver to students.” The Master in Management rankings were determined based on alumni survey responses from ranked universities. The schools were measured across 20 individual performance indicators to create an overall score, which was aggregated into four key strength areas: resources, engagement, outcomes and environment. Thunderbird’s “resources” score was a full 30 points above the No. 2-ranked Master in Management, Germany’s HHL Leipzig Graduate School of Management. The resources score included feedback on faculty quality and accessibility, as well as career and student support and services.

“It is rewarding to know that our alumni and students value the close-knit accessibility and one-on-one focus that we are able to deliver to them as a boutique graduate school,” said Mary Teagarden, Thunderbird associate dean of faculty and Administration. “One of the greatest values of a specialized master’s degree is that the student can have a laser-focus on becoming a true expert in their craft. Thunderbird is able to further that deep-dive experience by providing hands-on, personalized training to our students, thanks to our engaged faculty and our unique approach to applied learning.”

Thunderbird, which became a unit of the Arizona State University Knowledge Enterprise in 2014, was established in 1946 as the first graduate school to focus exclusively on training individuals in the nuances of international leadership and management. While specialized business master’s degrees are newer in the marketplace, offering an alternative to a traditional MBA, Thunderbird’s Master of Global Management is a modern reimagining of the school’s groundbreaking Master of International Management, which was one of the school’s first degree offerings nearly 75 years ago.

“We’ve been the vanguard of specialized international management education for almost three quarters of a century. That’s tough to do!” Khagram said. “The way we’ve maintained our spot at the tip of the spear is through constant curriculum and delivery innovation to ensure we’re preparing our students for the demands of the economy and society. With the technological transformations of the Fourth Industrial Revolution that are now driving how we live and work, we are accelerating and innovating yet again to make certain our graduates are equipped to lead in this new paradigm. It’s an exciting time to be in this world of management education.”

What’s on the menu for people in the Amazon? Not the paleo diet

You’re a human and you need food. What do you do?Well, if you’re a modern city-dweller, you’re likely to drive yourself to the nearest restaurant or grocery store — a process that takes just minutes. But that diet of convenience is a relatively new addition to our menu.“If you condense human evolution into a single year, we were hunter-gatherers starting on Jan. 1 and didn’t move into ...

What’s on the menu for people in the Amazon? Not the paleo diet

You’re a human and you need food. What do you do?

Well, if you’re a modern city-dweller, you’re likely to drive yourself to the nearest restaurant or grocery store — a process that takes just minutes. But that diet of convenience is a relatively new addition to our menu. 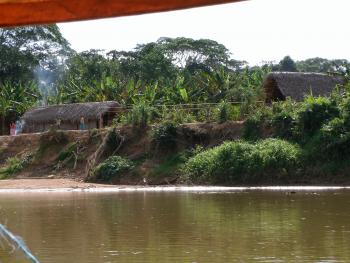 “If you condense human evolution into a single year, we were hunter-gatherers starting on Jan. 1 and didn’t move into the first major cities until 11:40 p.m. on Dec. 31,” said Benjamin Trumble, an assistant professor in the School of Human Evolution and Social Change and the Center for Evolution and Medicine.

However, some modern groups, like the Tsimane of Bolivia, still maintain a way a life similar to our pre-urban ancestors.

“The average Tsimane hunt lasts over eight hours and covers more than 11 miles. Even then, only around two-thirds of Tsimane hunts are successful,” said Trumble, who studies this group. “That would be like walking 11 miles to the grocery store, only to find they had no food.”

Though cities and industrialization have profoundly transformed the way we live and eat, our bodies are still engineered for that former way of life — a disparity that causes many of the health issues we face today, like obesity and heart disease.

To better understand the diet of traditional, subsistence populations, and thus gain insight into our own health needs, Trumble and a group of multi-institutional researchers are working to collect Tsimane dietary data.

“By working with populations that still have to hunt or grow the calories they eat,” he said, “we can get a better understanding of what diet was like before pizza delivery.”

Paleo diet not the secret to hunter-gatherer health 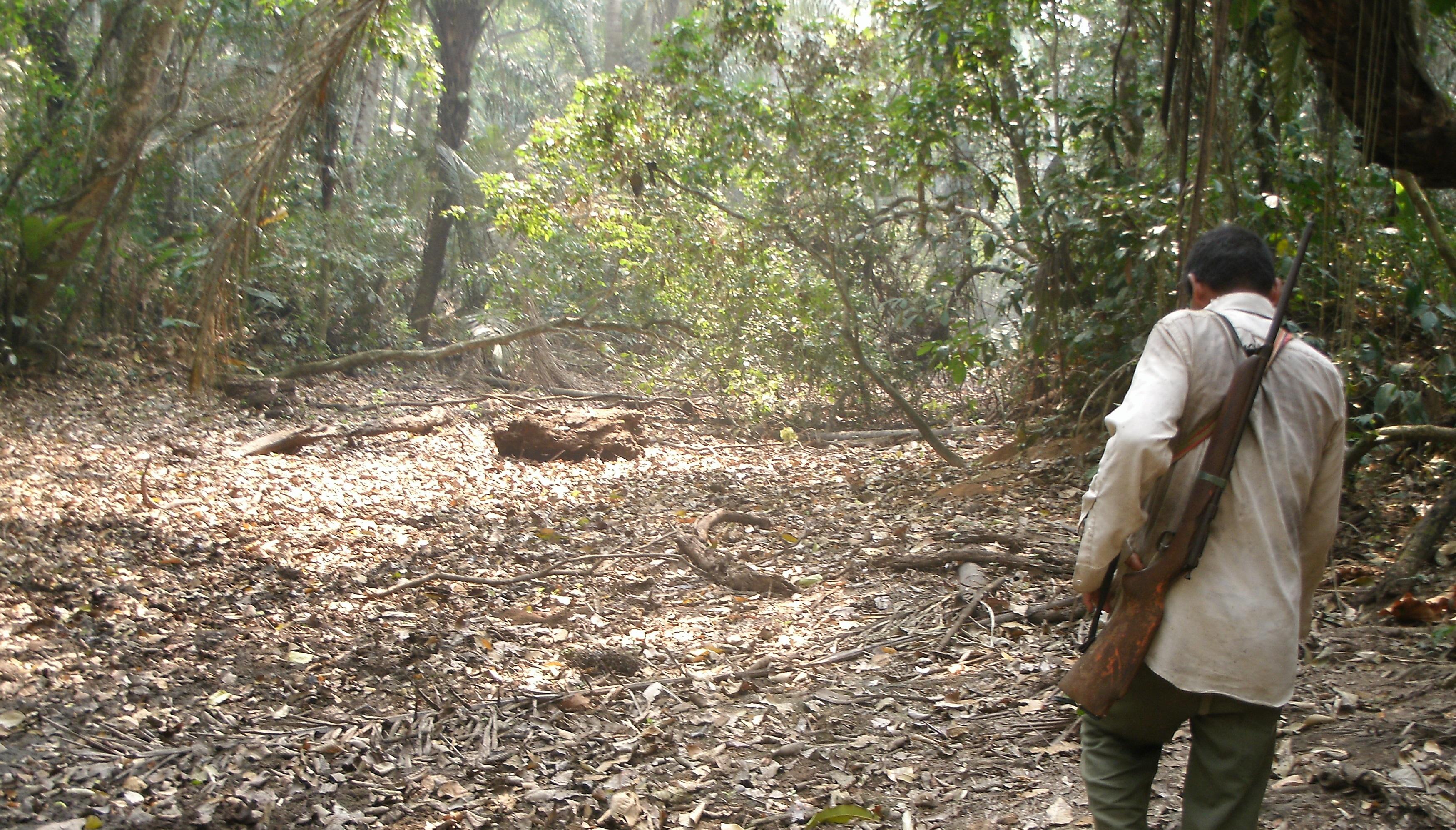 The Tsimane diet is high in calories and carbs, but the people, like this hunter, also have extreme levels of physical activity. Photo credit: Benjamin Trumble

According to a 2017 paper co-authored by Trumble, the Tsimane have the healthiest hearts ever recorded. To build on that, Trumble and a research group he belongs to — Tsimane Health and Life History Project — have recently published a new paper, which examines the Tsimane diet.

Its surprising takeaway is that a high-calorie diet that’s rich in complex carbohydrates is, in fact, compatible with low risk of heart disease, at least when coupled with a physically active lifestyle.

So what does this mean for the popular paleo diet, which attempts to mimic an ancient hunter-gatherer diet by focusing on lean meat, fish, nuts and whole fruits and veggies?

“Humans evolved in a variety of environments, all of which would have had different plants and animals. So the idea that there is one single ‘paleo diet’ is a little silly,” he said. “The Tsimane diet is not a low-carbohydrate or a low-calorie diet, though it is relatively low in fat.”

However, he adds that diet, while important for the heart, is not the only factor at play for the Tsimane, whose health is also likely a product of their extreme levels of physical activity and other environmental factors. 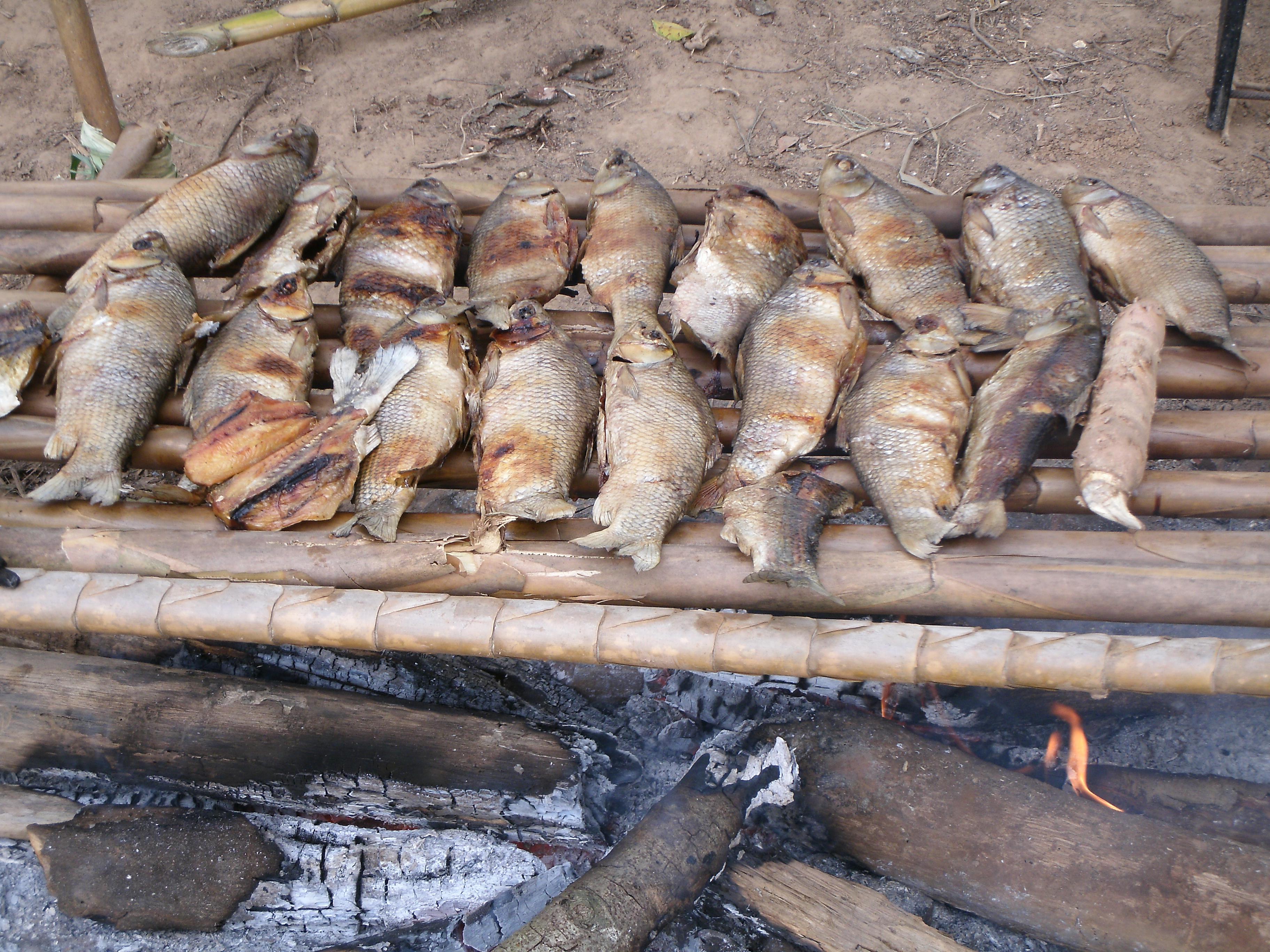 The Tsimane are in the early stages of nutritional transition and still rely on traditional methods like fishing to get much of their food. Photo credit: Benjamin Trumble

This unexpected connection between food, lifestyle and heart health comes out of the group’s dietary analysis of the Tsimane and a neighboring indigenous group, the Moseten, which they compared to U.S. averages in order to explore diet shifts in response to socioeconomic change — a process they term nutritional transition.

Both the Tsimane and Moseten are forager-horticulturalist groups who live in the Bolivian Amazon. They fish, hunt and gather some wild plants while cultivating a few others. The Tsimane have had limited interactions with society at large and are in the early stages of nutritional transition, while the Moseten are more acculturated and are in the intermediate stages.

The U.S. is considered post-transition — we have fully adopted an industrialized approach to food that gives us easy access to a variety of goods, but also to a greater number of processed foods and food additives such as fat, oil, salt and sugar. 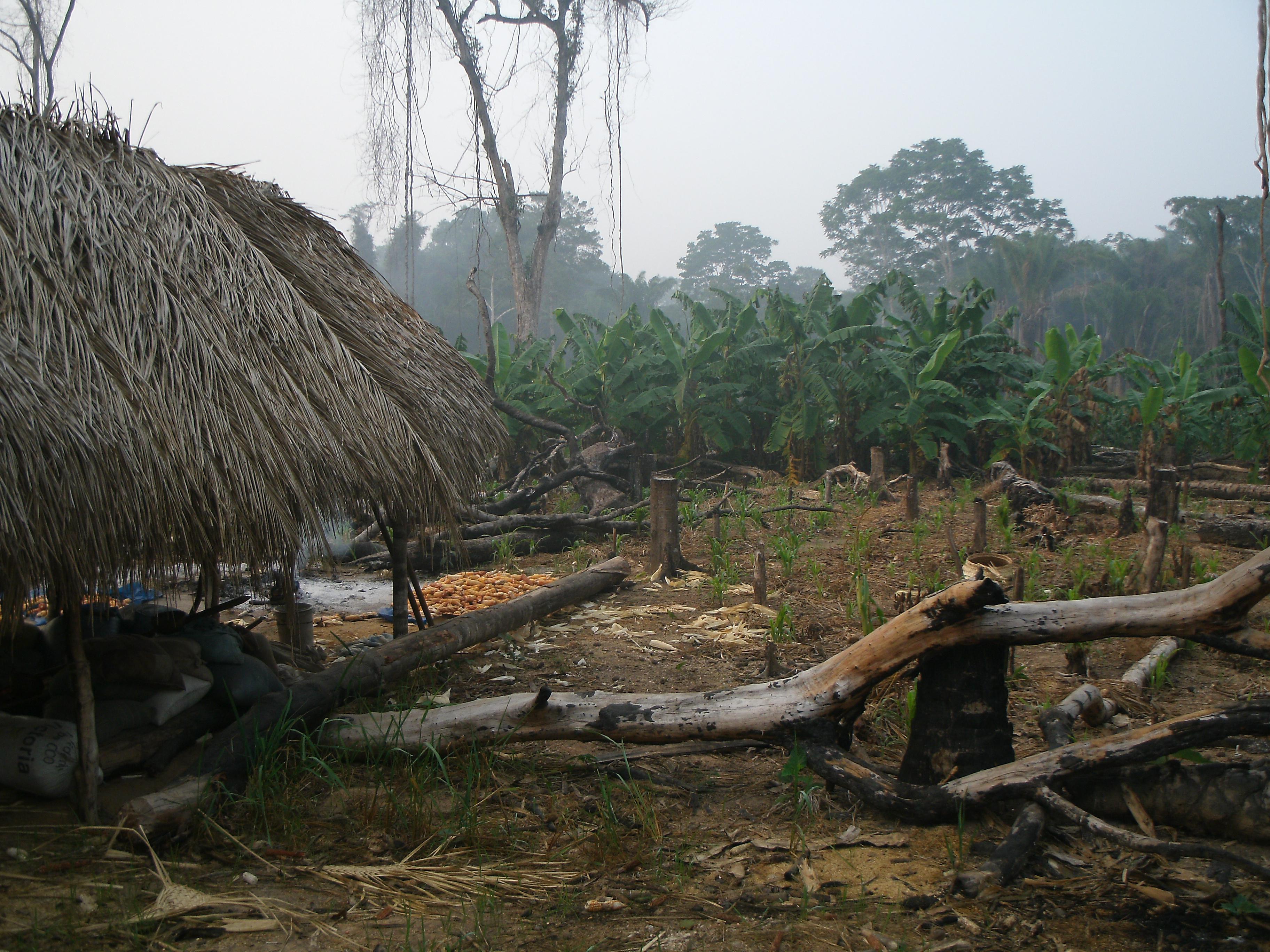 The Tsimane fish, hunt and gather some wild plants while cultivating others, as seen in this horticultural plot behind a house. But that approach to food may soon change. Photo credit: Benjamin Trumble

During the course of the multiyear study, however, the team observed that the Tsimane diet is rapidly changing.

“Even in the context of transitioning populations, the pace of change in the consumption of food additives that we observed for the Tsimane is astounding,” said the study’s lead author, University of California Santa Barbara postdoctoral scholar Thomas Kraft. “Over five years, per-capita consumption of sugar and oil rose by 565 and 592 percent, respectively, suggesting that health outcomes could be affected well before more visible changes in diet.”

“While market foods still only make up 8 percent of the Tsimane diet, it is clearly the beginning of a nutritional transition,” Trumble added.

The next step for the team is a closer look at cardiovascular disease among the Moseten. The group is a near relation of the Tsimane, but has integrated itself more deeply into Bolivian society. Their changes in diet, physical activity and lifestyle offer a glimpse into what Tsimane life may be like in a few decades.

Though the food we eat is not universal, the desire to keep our hearts beating certainly is, with an urgency now more than ever — according to the World Health Organization, coronary heart disease is the number one cause of death globally as of 2016. Research like Trumble’s can give us key insights into how to keep our lifestyles healthier and more natural in an increasingly globalized world.