No. 17 @SunDevilWBB Hosts Southern University on Friday at 6 p.m. The No. 17 Arizona State women's basketball team goes for its fourth straight win on Friday (6 p.m. MT) when it hosts Southern University.

Emergency Management and Homeland Security graduate embodies 'service before self'

Editor’s note: This is part of a series of profiles for fall 2018 commencement. Read about more graduates. From weatherman to man in black, Russell Pablo has a passion for service. Now, he’s taking that passion from the United States Air Force to the United States Secret Service.Pablo is the outstanding graduate for college-level programs in Watts College of Public Service and Community Sol...

Emergency Management and Homeland Security graduate embodies 'service before self' 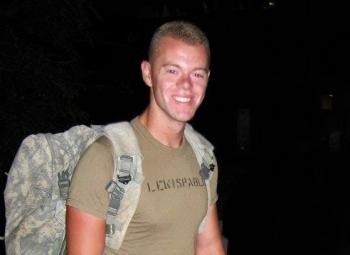 Pablo is the outstanding graduate for college-level programs in Watts College of Public Service and Community Solutions at Arizona State University. He is graduating with a Master of Arts in Emergency Management and Homeland Security.

Originally from Graham, Washington, Pablo is stationed at Davis-Monthan Air Force Base in Tucson, Arizona. As a noncommissioned officer, the ASU Online student has served into numerous leadership positions. In his present role, Pablo works in weather forecasting operations. He is a synoptic weather forecaster interpreting complex meteorological data used in mission planning by United States Northern and Southern Commanders and staff.

Service runs deep in Pablo’s family — he is a third-generation member of the armed forces. Among his relatives who have served across all branches, they total 450 years of military service.

As he put it, “I come from a family that literally bleeds red, white and blue and it's something that is an embodiment for me. Service before self.”

However, Pablo has also dreamed of wearing a different uniform. It was his interest in a federal law enforcement career that has shaped much of his path in and out of the Air Force.

“I entered the United States Air Force with a bachelor's degree in international relations with the goal of entering into federal law enforcement at some point,” Pablo said. “But with the competitive nature of those positions, I decided a master's degree in homeland security and emergency management would really set me apart. I found that ASU was the best fit for what I needed.”

Competitive is right. Now, after eight years of military service and 24 months’ worth of graduate school condensed into one grueling year, Pablo will be moving on to a new career as a special agent with the United States Secret Service. Pablo was one of 48 people hired from an applicant pool of 70,000.

“I really like the overall mission of the Secret Service,” Pablo said. “A lot of people don't know that they have actually a dual-fold mission: protection and investigation.”

Pablo will be part of an investigative unit, though he acknowledges most people think of the protective side, i.e. black suits and ties and walking next to the president.

It’s an exciting new opportunity, but leaving the Air Force will be bittersweet.

“I've gotten to experience quite a bit. I've done things in places I never thought I would have gone. I've seen shooting stars in Texas, had moonshine in Alabama, served in Panama City, marched across the white sands of New Mexico, and ridden in rodeos in Arizona.”

Pablo is no stranger to hard work, but tackling graduate-level coursework in a condensed time frame on top of active duty and caring for his family — including six months as a single father of a toddler while his wife was deployed in the Middle East — was a bit more than he anticipated.

But Pablo likes a challenge, and he’s been able to leverage a lot of the skills that he learned from the military to get him across the finish line.

“Being resilient and being determined, working hard and sacrificing and doing all those things came in handy because I knew it was worth it,” Pablo noted.

If he were to do it all over again or advise others following in his footsteps, he would suggest going a bit slower — recognizing it’s good to push yourself, but it’s also good to keep a manageable pace.

The online student experience can be drastically different from taking classes in person, but being stationed in Tucson has allowed Pablo to take advantage of online flexibility while still traveling to attend some in-person events.

“The college has been really good about putting on symposium events and hiring events,” Pablo observed. “Getting to meet people face-to-face as opposed to just talking through a keyboard has been really, really good in expanding my network.”

“Even though I've been in an online environment, I've still made connections with people that will be lasting.”