Three ASU faculty have been elected fellows of the prestigious American Association for the Advancement of Science in recognition of their career contributions to science.

Bertram Jacobs and Hal Smith were recognized for their pioneering efforts in biological sciences, while Huan Liu was honored for his research in information, computing and communication. 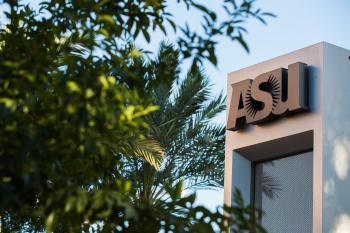 The AAAS, publisher of the journal Science, is the world’s largest general scientific society. In all, the ASU professors were part of 412 AAAS fellows chosen this year for their scientifically or socially distinguished efforts to advance science and its applications.

Election as a fellow is an honor bestowed upon AAAS members by their peers. Within that general framework, each awardee is honored for contributions to a specific field.

The three ASU faculty members' election this year brings the total number of AAAS fellows affiliated with ASU to 79.

Bertram Jacobs is currently serving as the director of the School of Life Sciences and a professor of virology. As a member of Biodesign Institute's Center for Immunotherapy, Vaccines and Virotherapy, his research is focused on developing a vaccine for HIV — one that prevents infection or extends the lives of HIV patients. Jacobs also leads a group of students every summer to sub-Saharan Africa to teach AIDS prevention to the international community.

Jacobs is one of the world’s foremost experts on a poxvirus called vaccinia, a cousin of the smallpox virus. He has genetically engineered vaccinia as a vehicle against a number of infectious agents, bioterrorism threats, cancer and other viruses, including HIV, and has received the Academic Innovator of the Year Award from the Arizona Technology Council. 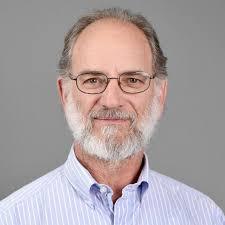 Jacobs is co-founder of a nonprofit called HEAL International that has taught HIV/AIDS prevention in rural Tanzania for 10 years.

Hal Smith is a professor in the School of Mathematical and Statistical Sciences. His research focuses on differential equations, dynamical systems and their applications to the biological sciences.

Differential equations constitute the basic language of how things change with time or with space, or with both: Newton's second law of motion (a unit of force is equal to a unit of mass of an object times the acceleration of an object) being the most well-known example. 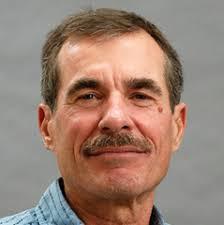 When looking at a biological system, for example, changes in the number of susceptible, infected and recovered individuals as an epidemic progresses, are often quite different than those that arise in the physical sciences.

His more theoretical work, the subject of two monographs, is directed toward developing new mathematical tools that facilitate understanding the long-term behavior of solutions of differential equations arising in biology. He also works on applying these methods to particular problems including modeling the microbial community of the mammalian gut, the in-vivo dynamics of the HIV virus infection of immune cells and antibiotic treatment of bacterial infections.

Huan Liu is a professor of Computer Science and Engineering within the School of Computing, Informatics, Decision Systems Engineering at the Ira A. Fulton School of Engineering. Liu's research focuses on feature selection and social computing, developing computational methods that deal with massive or high-dimensional data (web, text and social media), increasing the speed of data mining and machine learning, and designing efficient algorithms to enable effective problem-solving and real-world applications where intelligent systems play a pivotal role. 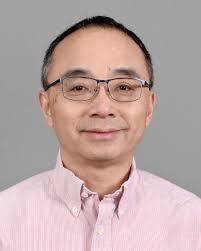 Liu is also a fellow of IEEE, editor of the section on Data Mining and Management in the open access journal, Frontiers in Big Data, which provides a centralized pool of cutting-edge knowledge in machine learning, cybersecurity, data mining and other data-related disciplines.

His research on social media data mining has tackled the role of social media on the Arab Spring and students in the Data Mining and Machine Learning Lab have delved into areas that are as fresh as today’s headlines — including the detection of “fake news” on social media.

One study conducted by ASU students determined that almost 10 percent of active users in a topic were actually bots. And those bots generated nearly 40 percent of the content.

The new ASU fellows will be recognized for their contributions to science and technology, presented with an official certificate, and given a gold and blue (representing science and engineering, respectively) rosette pin at the Fellows Forum to be held on Feb. 16 during the AAAS Annual Meeting in Washington, D.C.

Editor’s note: This is part of a series of profiles for fall 2018 commencement. Read about more graduates. Nikka Brooks-Cullum is the fall 2018 outstanding graduate for the School of Community Resources and Development in the Watts College of Public Service and Community Solutions at Arizona State University. An Air Force veteran, she earned her associate’s degree from Chandler-Gilbert Comm...

Nikka Brooks-Cullum is the fall 2018 outstanding graduate for the School of Community Resources and Development in the Watts College of Public Service and Community Solutions at Arizona State University. An Air Force veteran, she earned her associate’s degree from Chandler-Gilbert Community College and is a first-generation college graduate. Brooks-Cullum will receive her bachelor’s degree in Parks and Recreation Management with an emphasis in Therapeutic Recreation. 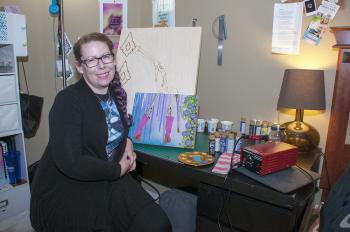 Financially, it wasn’t easy. She quit her full-time job to focus on her studies.

“At almost forty, I had thought this opportunity might never come, but the decision to finally do it was the best I have ever made,” Brooks-Cullum said. “My husband and I had to give up quite a bit to make this happen, and I am so glad we did.”

A professional artist, Brooks-Cullum originally planned to major in art education. But after serving as a substitute teacher, she found being in a classroom setting would not be true to her calling. Her real passion was using her artistic ability to help people in need. She learned that a degree focusing on therapeutic recreation would allow her to do just that.

“There are so many different ways that recreational therapy can be used, that the therapist's own strengths and interests can really help them decide where they want to go with their practice,” she said.

For Brooks-Cullum, painting was once an escape. She suffered from mental health issues, but the stigma of seeking help prevented her from reaching out.

So, she reached inward.

She expressed her feelings through the stroke of a brush and a dash of color. She painted serene landscapes, flowers, and women in contemplative poses. Sometimes the women had fairy-like wings. What she put on canvas helped Brooks-Cullum find her own inner beauty.

“I just did this one thing I enjoyed doing, over and over until I got good at it, and it helped me cope with stress, anxiety and improved my sense of self-worth,” Brooks-Cullum said. “This personal experience was something I felt others with mental health issues could also benefit from.”

A native of Chino Valley, Arizona, Brook-Cullum joined the Air Force out of high school and soon found herself in a technical career as a vehicle operator/dispatcher. She left military service a few years later as the spouse of an airman. They spent several years living abroad, in Okinawa, Japan and later in Stuttgart, Germany, where she began to sell her paintings.

The flowers, women and landscapes she painted to find beauty within have morphed into a deeper juxtaposition of life and death.

“My current work is also about me, but this time finding an acceptance for the inevitable end of life,” Brooks-Cullum said. “I use flowers to represent the fragility of life and beauty and images of bones to symbolize death. There is such a fine line between the two. We seem strong and vital, but life is delicate as well.”

Brooks-Cullum plans to use her skills as an artist and a certified therapeutic recreation specialist to help an often overlooked population, people who are incarcerated.

“I was surprised by how important the idea of second chance became to me,” she noted. “Two of my career field experience volunteer locations allowed me to get to know people who had at some point in their lives been involved in a crime, and they were either still doing time for it, or were trying to reintegrate back into society.”

In Arizona, 40 percent of those released from prison reoffend within three years. Brooks-Cullum wants to be part of the solution.

“I believe therapeutic recreation has a lot to offer to the field of corrections, and am advocating for Arizona Department of Corrections to offer people who are incarcerated and the newly released more access to services such as recreational therapy to lower the state's high recidivism rate,” Brooks-Cullum said. “I volunteered at the Maricopa Re-entry Center last spring with a classmate and used recreational therapy to remind former inmates there that they are people and deserving of a happy, healthy life, regardless of their past.”

Brooks-Cullum also interned at the Arizona State Forensics Hospital where she had the chance to work with people with severe mental illness and behavioral issues. She saw the difference she made in the lives of people and she’s grateful for the opportunity ASU gave her as a student.

“I think it’s important to find ways to make your assignments have actual meaning to you,” Brooks-Cullum said. “Apply them to a setting or a population that you want to learn about, or help in some way, and you may find that the work becomes more interesting to you, and less like work.”