In an article published online today in Science Advances, a team of scientists from Arizona State University's School of Molecular Sciences and Germany offer an explanation of how a particular phase-change memory (PCM) material can work a thousand times faster than current flash computer memory, while being significantly more durable with respect to the number of daily read-writes.

PCMs are a form of computer random-access memory (RAM) that store data by altering the state of the matter of the “bits” (millions of which make up the device) between liquid, glass and crystal states. PCM technology has the potential to provide inexpensive, high-speed, high-density, high-volume, nonvolatile storage on an unprecedented scale. 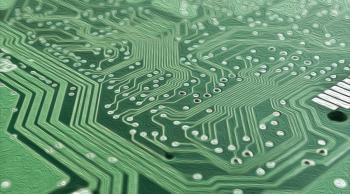 The basic idea and material were invented by Stanford Ovshinsky in 1975, but applications have lingered due to lack of clarity about how the material can execute the phase changes on such short time scales and technical problems related to controlling the changes with necessary precision. Now high tech companies like Samsung, IBM and Intel are racing to perfect it.

The semimetallic material under current study is an alloy of germanium, antimony and tellurium in the ratio of 1:2:4. In this work, the team probes the microscopic dynamics in the liquid state of this PCM using quasi-elastic neutron scattering (QENS) for clues as to what might make the phase changes so sharp and reproducible.

On command, the structure of each microscopic bit of this PCM material can be made to change from glass to crystal or from crystal back to glass (through the liquid intermediate) on the time scale of a thousandth of a millionth of a second just by a controlled heat or light pulse, the former now being preferred. In the amorphous or disordered phase, the material has high electrical resistance, the “off” state; in the crystalline or ordered phase, its resistance is reduced 1,000 times or more to give the “on” state. 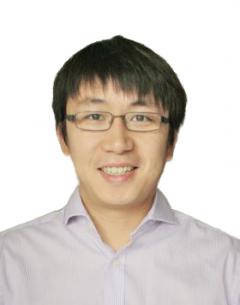 Shuai Wei, who currently works at the Institute of Physics, RWTH Aachen University in Aachen, Germany.

These elements are arranged in two-dimensional layers between activating electrodes, which can be stacked to give a three-dimensional array with particularly high active site density making it possible for the PCM device to function many times faster than conventional flash memory, while using less power.

"The amorphous phases of this kind of material can be regarded as 'semimetallic glasses,'” explained Shuai Wei, who at the time was conducting postdoctoral research in Regents’ Professor Austen Angell’s lab as a Humboldt Foundation Fellowship recipient.

“Contrary to the strategy in the research field of 'metallic glasses,' where people have made efforts for decades to slow down the crystallization in order to obtain the bulk glass, here we want those semimetallic glasses to crystallize as fast as possible in the liquid, but to stay as stable as possible when in the glass state. I think now we have a promising new understanding of how this is achieved in the PCMs under study.”

A deviation from the expected

Over a century ago, Einstein wrote in his PhD thesis that the diffusion of particles undergoing Brownian motion could be understood if the frictional force retarding the motion of a particle was that derived by Stokes for a round ball falling through a jar of honey. The simple equation:

where T is the temperature, η is the viscosity and r is the particle radius, implies that the product Dη/T should be constant as T changes, and the surprising thing is that this seems to be true not only for Brownian motion, but also for simple molecular liquids whose molecular motion is known to be anything but that of a ball falling through honey.

“We don’t have any good explanation of why it works so well, even in the highly viscous supercooled state of molecular liquids until approaching the glass transition temperature, but we do know that there are a few interesting liquids in which it fails badly even above the melting point,” said Angell.

“One of them is liquid tellurium, a key element of the PCM materials. Another is water which is famous for its anomalies, and a third is germanium, a second of the three elements of the GST type of PCM. Now we are adding a fourth, the GST liquid itself. Thanks to the neutron scattering studies proposed and executed by Shuai Wei and his German colleagues, Zach Evenson of the Technical University of Munich and Moritz Stolpe of Saarland University on samples prepared by Shuai with the help of Pierre Lucas from University of Arizona.”

Another feature in common for this small group of liquids is the existence of a maximum in-liquid density which is famous for the case of water. A density maximum closely followed during cooling by a metal-to-semiconductor transition is also seen in the stable liquid state of arsenic telluride, (As2Te3), which is first cousin to the antimony telluride (Sb2Te3 ) component of the PCMs. These all lie on the “Ovshinsky” line connecting antimony telluride (Sb2Te3) to germanium telluride (GeTe) in the three-component phase diagram.

It is the suggestion of Wei and coauthors that when germanium, antimony and tellurium are mixed together in the ratio of 1:2:4 — or others along Ovshinsky’s “magic” line — both the density maxima and the associated metal-to-nonmetal transitions are pushed below the melting point and, concomitantly, the transition becomes much sharper than in other chalcogenide mixtures.

Then, as in the much-studied case of supercooled water, the fluctuations associated with the response function extrema should give rise to extremely rapid crystallization kinetics.  In all cases, the high temperature state, now the metallic state, is the denser.

“This would explain a lot,” said Angell. “Above the transition the liquid is very fluid and crystallization is extremely rapid, while below the transition the liquid stiffens up quickly and retains the amorphous, low-conductivity state down to room temperature." In nanoscopic 'bits,' it then remains indefinitely stable until instructed by a computer-programmed heat pulse to rise instantly to a temperature where, on a nanosecond time scale, it flash crystallizes to the conducting state, the “on” state.

Lindsay Greer at Cambridge University has made the same argument, couched in terms of a “fragile-to-strong” liquid transition.

A second, slightly larger heat pulse can take the “bit” instantaneously above its melting point and then, with no further heat input and close contact with a cold substrate, it quenches at a rate sufficient to avoid crystallization and is trapped in the semiconducting state, the “off” state.

"The high resolution of the neutron time-of-flight spectrometer from the Technical University of Munich was necessary to see the details of the atomic movements. Neutron scattering at the Heinz Maier-Leibnitz Zentrum in Garching is the ideal method to make these movements visible," said Evenson.