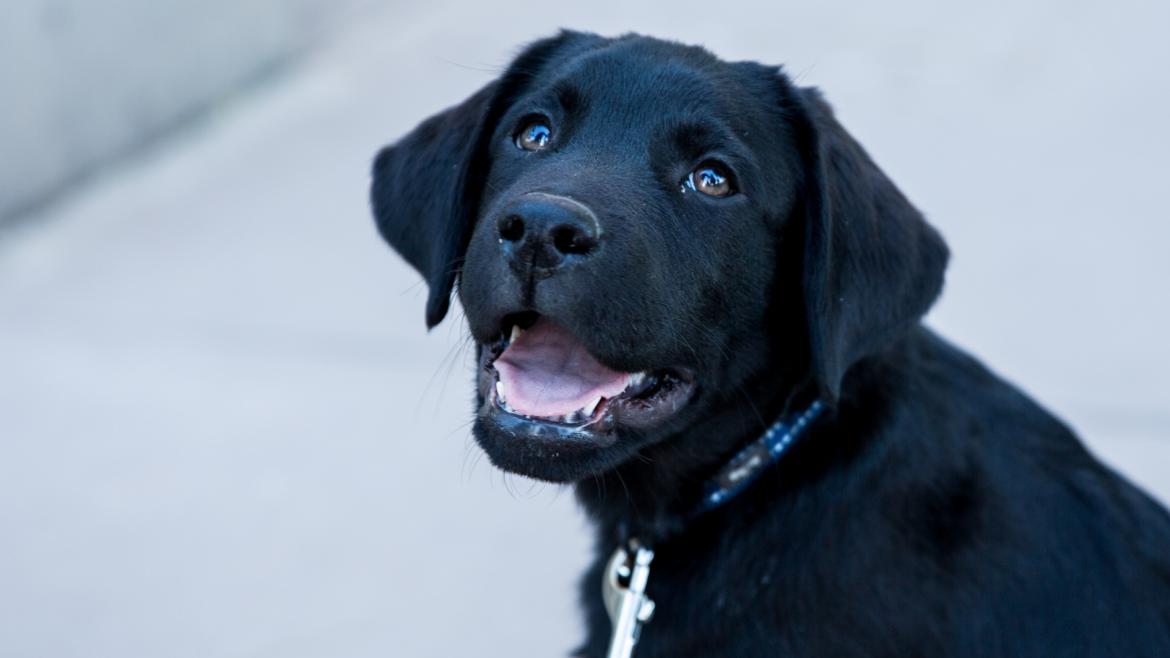 The newest member of the Arizona State University Police Department will focus on crime victims, not perpetrators, and will help detectives do their jobs.

But first he must be housebroken.

Dutch, a 3-month-old Labrador retriever, has just joined the department as its first trauma dog. When he’s about 6 months old, Dutch will get several months of special therapy training. Then, he'll be ready to be cuddled and petted by people in the ASU community who have had traumatic encounters with crime, according to Jason Latella, the ASU police sergeant who is the dog’s handler.

“The whole idea of a trauma dog is to facilitate communication,” he said.

“When someone has been a victim of a crime, it’s something that’s not normal, and so a lot of people, especially with violent crimes, they’ll shut down.”

Petting a dog can be relaxing and bring down heart rate and blood pressure.

“So as they pet the dog, a normal activity, it can normalize their brain and help them to talk,” Latella said.

“So his whole job is to facilitate communication between our victims and our police officers.”

Dutch will live with Latella, who, as the investigations sergeant, is already available around the clock to respond when a violent crime happens.

The puppy will also be handled by Zeina Elqadah, who joined the ASU Police Department in June as a victim advocate. Her unit focuses on sexual violence, domestic violence, intimate partner dating violence, stalking, harassment and child crimes.

“This is big for university law enforcement because we’re one of only four campus police departments in the nation that has a special victims unit,” she said. 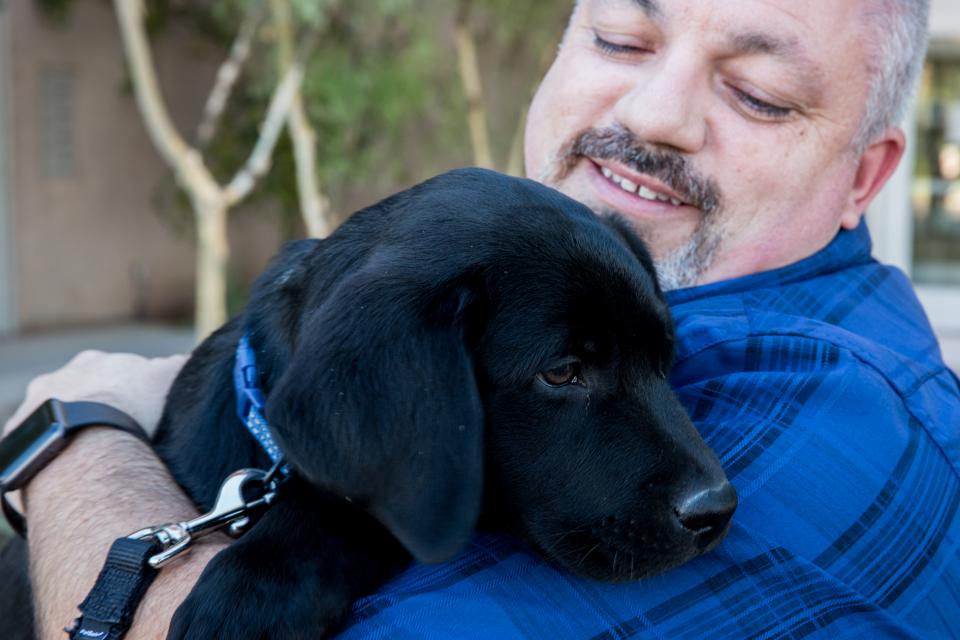 Dutch will live with his handler, Jason Latella, an investigations sergeant for the ASU Police Department. Photo by Ken Fagan/ASU Now

The dog also will be available as a stress reliever for police employees.

Dutch came from a breeder in Buckeye and was chosen for his easygoing temperament. During his first visit to campus earlier this week, where several students fawned over him, he was curious and exuberant but already responding to commands. For now, Dutch will focus on being socialized, interacting with lots of people in different situations and regular dog obedience training.

Dutch is named after James “Dutch” Lister, an ASU police officer who died of a heart attack while on duty in 2010. The puppy joins Tillman and Zeke, patrol and explosive-sniffing dogs in the ASU PD.

Other dogs in the department have been incentivized through food or play reward systems, but Dutch won’t work that way.

“He doesn’t have a reward system,” Latella said.

“If he does his job right, it’s its own reward because people are petting him and he’s getting attention.”