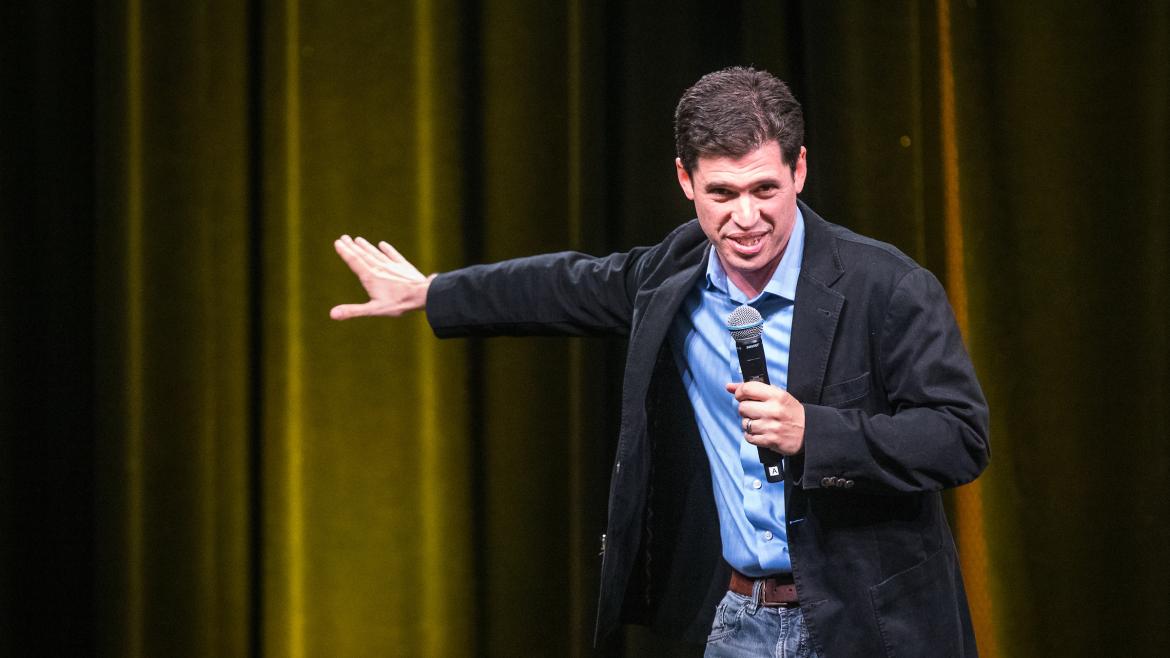 Things we learned at the first day of the Zombie Apocalypse Medicine Meeting:

The latter was demonstrated most dramatically on a sheep leg.

Watching people hack through bloody bones was only part of the fun at the kickoff of the inaugural conference, a four-day interdisciplinary meeting at Arizona State University where scientists, artists, doctors, ethicists, lawyers and other experts discussed the undead mythology and the idea of being controlled by outside forces.

“I think zombies are a very accessible way of engaging with some really complicated, complex scientific topics,” said conference chair and Department of Psychology Assistant Professor Athena Aktipis. “Any time you have one entity that’s controlling another entity, you can get really interesting and bizarre behavior and evolution of absolutely wild things.”

Parasites that control their hosts are one example. A certain type of fungus completely controls the behavior of ants and co-opts them so they spread the fungus around.

“You have toxoplasma gondii that manipulates the brains of rodents to actually make them approach feline predators so that they eat the rodents and complete the life cycle of the toxo,” Aktipis said.

Humanity is rife with zombie behavior. Look up from your own phone and you'll see an entire world staring at the tiny computer in their hands. Why? Creating incentives and influencing others are ways of controlling them.

Cultural zombification can be a good thing, Rutgers anthropologist Lee Cronk said in a discussion. People are vulnerable to social coordination conventions, where the culture at large decides what’s best for everyone. (QWERTY keyboards and driving on the right side of the road are two examples.)

“Sometimes it may be adaptive to allow yourself to be zombified by a cultural trait, especially if it’s a social coordination convention,” Cronk said.

Sooner or later, we’ll all be forced to hail autonomous rideshare vehicles and enroll in online banking. There won't be any other way.

The conference's first day wrapped up with a talk by Max Brooks, author of the best-sellers "The Zombie Survival Guide" and "World War Z."

Pop culture can teach and engage complex topics and ideas to a wide range of people, but it’s underused, Brooks said.

First traumatized by an Italian zombie movie at an early age, Brooks had an epiphany when he saw "Night of the Living Dead," where he learned zombies can be killed by a blow to the head.

That's not just hypothetical: Brooks made it all real, researching sickness, supply chains and emergency planning. For "World War Z," he researched how nations would respond to a zombie outbreak. In the case of China, the SARS outbreak spread to the rest of the world because the state controls the press, and the outbreak was never reported.

The Naval War College invited him to lecture, telling him he’d written a credible global-disaster scenario. Brooks continues to lecture and work with the military.

Pop culture used to connect people to the issues of the day. That has disappeared since 9/11, Brooks said.

“We need to find ways for people to become engaged,” he said. “That’s where zombies come in. That’s where science fiction comes in.”

Top photo: Max Brooks, zombie-laureate and author of "World War Z," speaks at the Zombie Apocalypse Medicine Meeting at the Student Pavilion on Thursday in Tempe. He talked about using zombies as a substitute for real-life plagues, such as the SARS virus, and how their presence would affect entire civilizations, not just those with the infection. Photo by Charlie Leight/ASU Now

How would Arizona respond to a natural disaster?

A major earthquake that displaces a mass population of people. Widespread power outages that cascade through a metro area. Catastrophic droughts or devastating floods that strand people in their homes.  Natural disasters are an increasingly common reality for hundreds of thousands of Americans, and as climate change and urbanization amplify the frequency and intensity of these events, the respons... 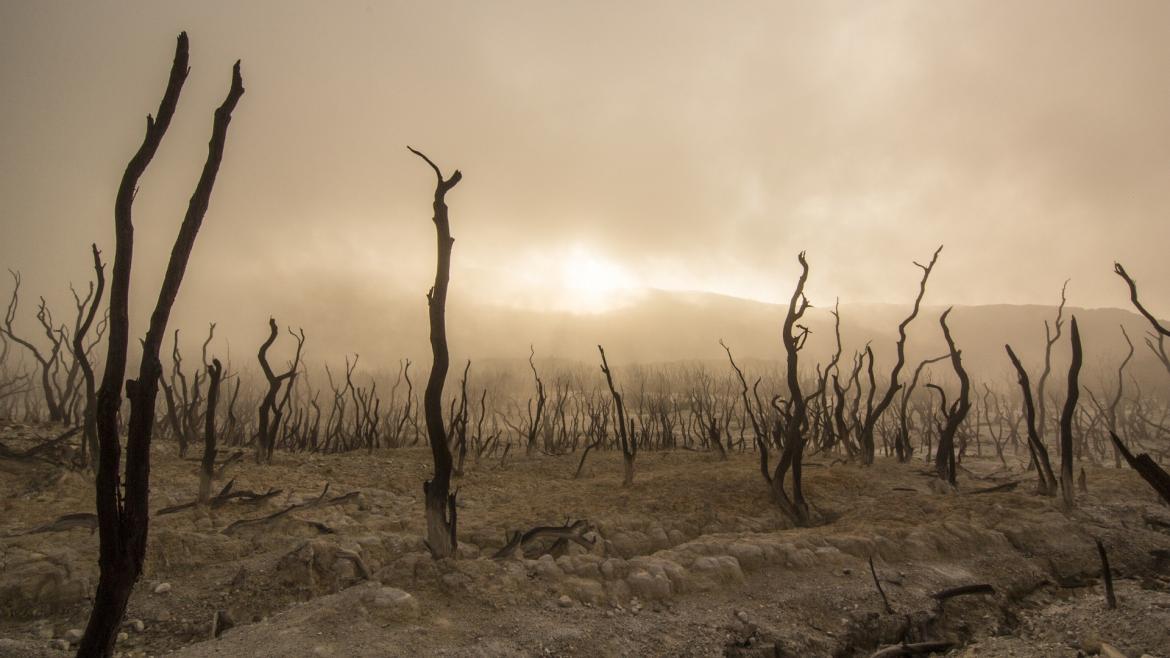 How would Arizona respond to a natural disaster?

Downtown Phoenix campus
How prepared is Arizona to respond to a disaster? ASU event examines all angles.
October 18, 2018

A complex network lies in wait for the inevitable event of a major disaster; ASU event examines state's role

A major earthquake that displaces a mass population of people. Widespread power outages that cascade through a metro area. Catastrophic droughts or devastating floods that strand people in their homes.

Natural disasters are an increasingly common reality for hundreds of thousands of Americans, and as climate change and urbanization amplify the frequency and intensity of these events, the response by communities, governments and private citizens is more important than ever before, according to Brian Gerber, co-director of Arizona State University's Center for Emergency Management and Homeland SecurityThe center is a research unit of the Watts College of Public Service and Community Solutions..

But academics, government agencies and volunteers are rising to the challenge — developing critical disaster responses, participating in full-scale exercises and harboring cross-sector partnerships for the inevitable day a disaster strikes.

Those partners came together Thursday at a Sustainability Series event titled "How Will Arizona Respond to a Major Regional Disaster?" The event was presented by the Julie Ann Wrigley Global Institute of Sustainability, the Center for Emergency Management and Homeland Security, the Lodestar Center for Philanthropy and Nonprofit Innovation and the Southwest Interdisciplinary Research Center.

Ramona Denby-Brinson, associate dean of research at the Watts College of Public Service and Community Solutions, spoke about how ASU's emergency management center is already making waves in the disaster response field, even though it was recently created.

“When I think about the Center for Emergency Management and Homeland Security, even in its infancy … it is already making inroads and really living out the true testament of what our vision is,” Denby-Brinson said.

The meeting, which featured a slate of speakers and a panel of experts in different facets of disaster response, came after the participation of the center and other state and community partners in a statewide “National Mass Care Exercise,” aimed at developing a better understanding of the role and capabilities of voluntary, private and governmental organizations in responding to a regional disaster in Arizona.

The exercise, which took place in May, focused on a mock scenario where a major earthquake in California causes an ingress of displaced citizens to flood into Arizona, straining law enforcement and emergency response, clogging traffic and putting strain on day-to-day private facilities.

It brought together a huge coalition of state, federal and local agencies — with private partners and nonprofit volunteers to emulate the scenario.

Speakers gave a brief overview of the tenets of the program, followed by a panel that discussed different facets of what a mass care response would look like in such a scenario. 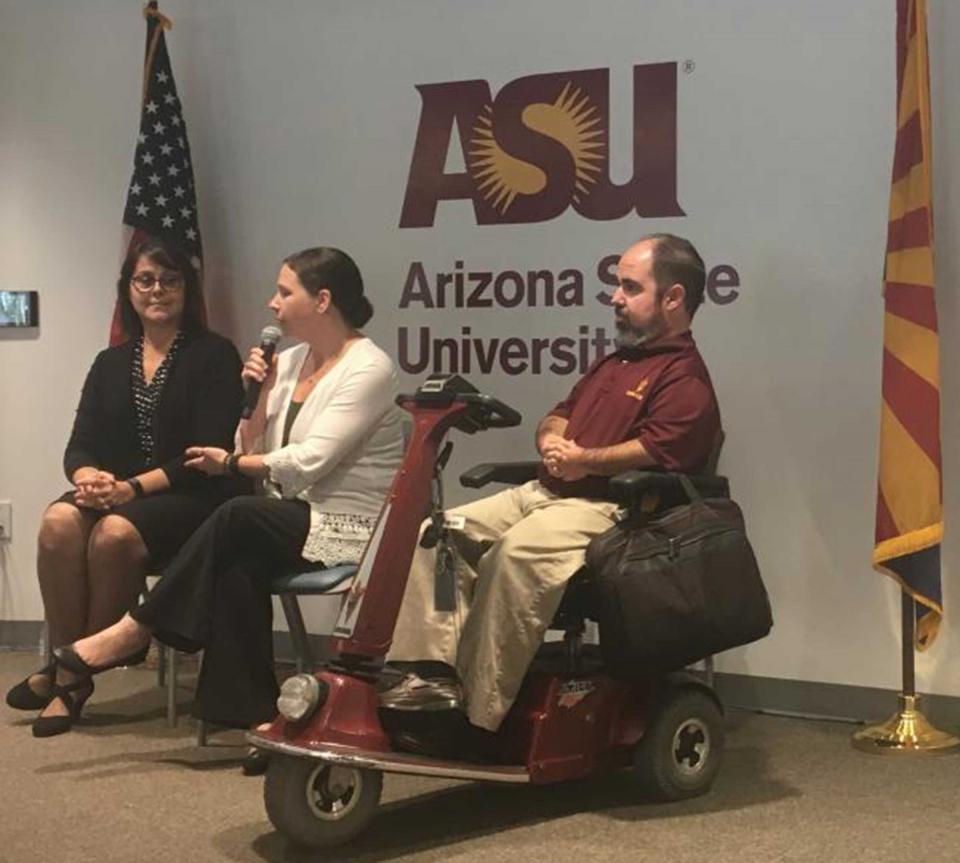 Peter Fischer, who works for the city of Phoenix as an Americans with Disabilities Act coordinator, discussed the steps required in preparing and executing accommodations for individuals with disabilities who were displaced in the scenario — as well as additional exercises to test and develop the city's disability integration capabilities.

“What I do ... is specifically for disability integration in the mass care exercise,” Fischer said. “The city did a bunch of different exercises outside of the national care exercise. … We opened a few shelters and tested that; we even had a drill at the airport for passengers who were stranded.”

In addition to the ordinary logistical problems associated with displacement, Fischer and other panelists stressed the importance and difficulty of communication between agencies, and with the public at large, during a disaster.

“The other issues we are really worried about is when we are having press conferences and we are having events … and these activities that are public knowledge — how are people with other disabilities being given that same information?”

April Bradham, director of field operations for the Association of Arizona Food Banks, talked about the importance of Voluntary Organizations Active in Disaster, or VOADs, in the larger statewide effort that would mobilize in the event of a disaster.

Arizona faces a particular challenge in preparing for a mass event like the one in the scenario because it does not often have to respond to natural disasters, unlike Texas and Florida that face a much higher frequency of mass care events.

Bradham said that the biggest takeaway from the exercise was that Arizona could benefit from planning.

“I know it is easy to get a little bit apathetic because … we’re not faced with it every single day," she said.

Lori Cunningham, a deputy administrator at the Arizona Department of Economic Security, spoke about the issues that would arise and need to be prepared for.

"The Department of Economic Security was very fortunate particularly with this exercise because we served in multiple capacities, so from a response perspective we were able to work with the Red Cross and actually be in the shelters identifying folks with special needs,” Cunningham said. “Understanding reunification, I was able to lead the reunification task force … when families are separated, and when caregivers are separated from the folks who need them the most, how do we get those back together.”

Robert Rowley, director of the Maricopa County Department of Emergency Management and an ASU alumnus, spoke from the audience, pointing out that in the event of a mass care event, city and county officials don’t have reserve employees on hand to deal with such an influx.

“The biggest thing that we were thinking about during this process was, with the sheer number of people coming in, what realistically would we as local governments … be able to handle ourselves? And the answer is … not much,” Rowley said. “City and county governments operate with staff and materials sufficient to do their daily jobs. And we don’t maintain a reserve force of people that we can activate during a disaster to bring in and handle all this extra activity.”

The only government response that could do such a thing, Rowley said, is the military. But, “it’s about three days before federal resources, even the military, can be mobilized and in your area and starting to perform an operation.

“So what we have started looking at is what can we do for a period of three days, to take care of this massive influx of people.”

Rowley closed out some of his remarks with a statement that was echoed by many who participated in the program.