If you’re a Sun Devil who owns or leads a business or nonprofit agency, the ASU Alumni Association is looking for you. Nominations are being accepted now through Nov. 16 for Sun Devil 100, an annual awards program that recognizes the fastest-growing ASU alum-owned or -led businesses and organizations annually. 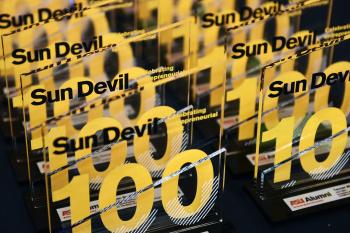 “ASU alumni have created and guided some of the most innovative and successful businesses and organizations around the world,” said Christine K. Wilkinson, president and CEO of the ASU Alumni Association. “The Sun Devil 100 recognizes organizations from any sector that demonstrate innovation, growth and the entrepreneurial spirit reflective of ASU’s transformative charter. Through this program, ASU’s entrepreneurs share their expertise with the Sun Devil network.”

The Sun Devil 100 Class of 2018 collectively generated $8.5 billion total revenue, employed 24,482 people, had a median growth rate of 41 percent and are based in eight states. The ASU alums at the helm of these organizations span graduating classes from 1969 to 2016.

To be considered for the Sun Devil 100, companies must be Sun Devil-owned or -led, have been in business for at least three years, have shown revenues of more than $250,000 in a calendar year, and operate in a manner consistent with the ASU charter.

Potential Sun Devil 100 honorees can be self-nominated or nominated by others. Once a nomination is received, the ASU alum will be notified and additional information requested.

“The ASU Alumni Association recognizes the entrepreneurial excellence of its alumni through the Sun Devil 100 program,” Wilkinson said. “The program celebrates the innovation of ASU alumni who propel entrepreneurial ideas forward.”

Nominate a business for the Class of 2019. Submissions accepted through Nov. 16.

Illustrating the dance of the Earth

Moist air rises from the Amazon river basin, colliding with Saharan dust blown over the Atlantic. Temperatures rise in the ocean around the Azores. Winds circle faster and faster, whipping the sea into a frenzy of cresting swells. Chunks of ice the size of buildings calve off Greenland. Aroused by storms in the Gulf of California, dust storms stomp across the Sonoran desert, tumbling birds through... 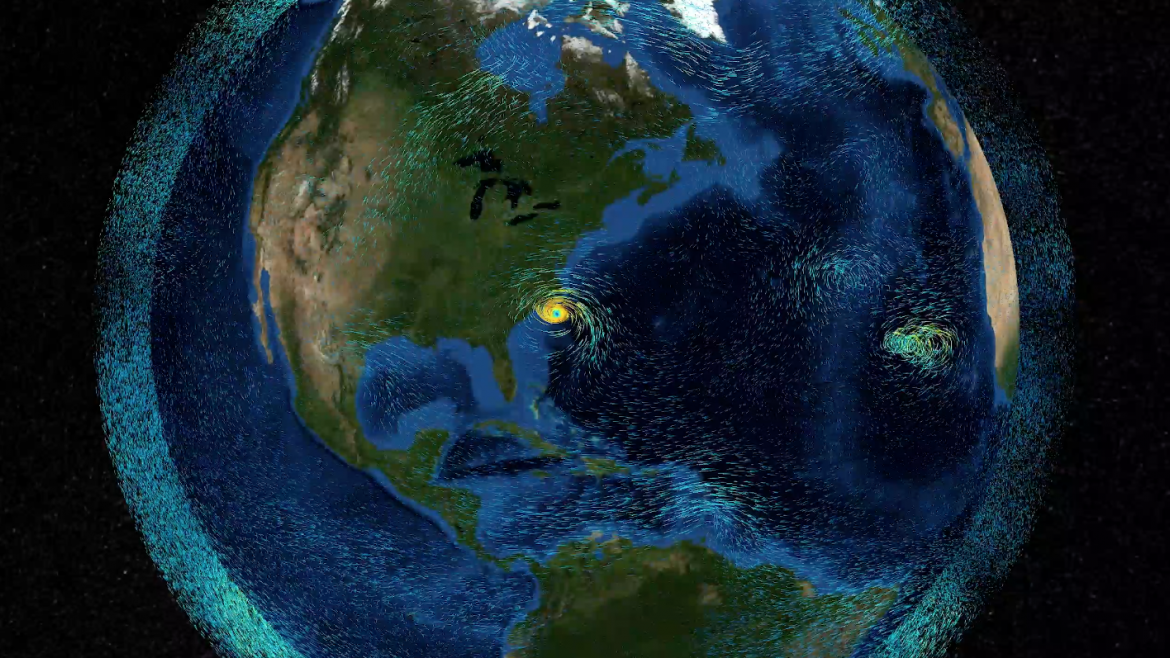 Illustrating the dance of the Earth

Moist air rises from the Amazon river basin, colliding with Saharan dust blown over the Atlantic. Temperatures rise in the ocean around the Azores. Winds circle faster and faster, whipping the sea into a frenzy of cresting swells. Chunks of ice the size of buildings calve off Greenland. Aroused by storms in the Gulf of California, dust storms stomp across the Sonoran desert, tumbling birds through the sky.

The Earth’s systems dance ceaselessly. Wenwen Li has captured the waltz in a new tool for climate visualization.

PolarGlobe is a web-scale scientific visualization tool to support ready access and interactive analysis of multi-dimensional climate data. It’s capable of illustrating changes in the atmosphere vividly in real time.

“It’s not just for research. Every day, weather watchers can see what’s going on,” said Li, an associate professor in the School of Geographical Sciences and Urban Planning at Arizona State University. “We would love to inspire the next generation into science.” 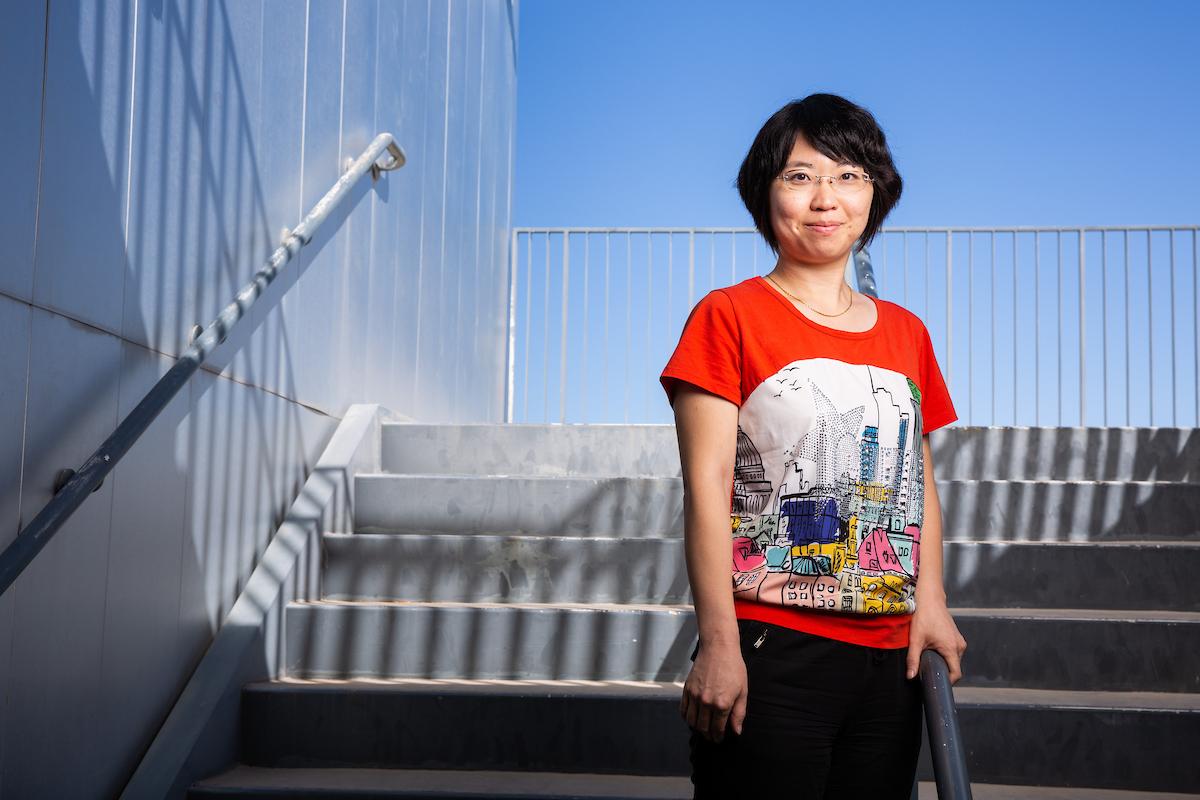 “Climate data is multidimensional,” Li said. “It’s not just covering the earth’s surface. It also extends to space ... There is a huge amount of data about the earth being generated every moment. Traditionally when climate scientists analyze the data, they have to have dedicated software installed on their own computer and they have to do a layer base analysis.”

Analysis with partial data doesn’t give the full scope of what is a very big picture.

“If we just visualize a single piece of data, over a single dimension, in software, the amount of information we can see is very limited,” Li said. “The entire volume of data can be visualized on this virtual globe-based scientific visualization tool. The benefit of this is that it can be seen in action.”

Historical data in the tool goes back to 2010. Current data is updated every six hours. The tool uses artificial intelligence and machine learning so it continues to learn on its own as new data is generated.

“We gather this data in real time, process it, and digest it into our visualization system and host it by providing a very user-friendly interface which is web-based, so anyone with a browser can get onto the tool and analyze a lot of the atmospheric phenomenon,” Li said.

It’s a huge amount of data: 350 terabytes — the equivalent of 70 years of letters delivered by the U.S. Postal Service.

A geographic information scientist, Li was trained in both computer science and earth systems science. “I’m very interested in bridging the two fields,” she said.

PhD student Sizhe Wang who obtained a MS in GIScience and is seeking a PhD in computer science developed the prototype of PolarGlobe.


WenWen Li, associate professor in ASU's School of Geographical Sciences and Urban Planning, has developed a tool that allows climate data to be represented in a 4D visual model. The model illustrates interactions between Earth systems and was funded by the National Science Foundation. The above video shows a virtual demonstration of the tool. Video courtesy of WenWen Li
Creativity Tempe campus School of Geographical Sciences and Urban Planning The College of Liberal Arts and Sciences Science Environment Faculty