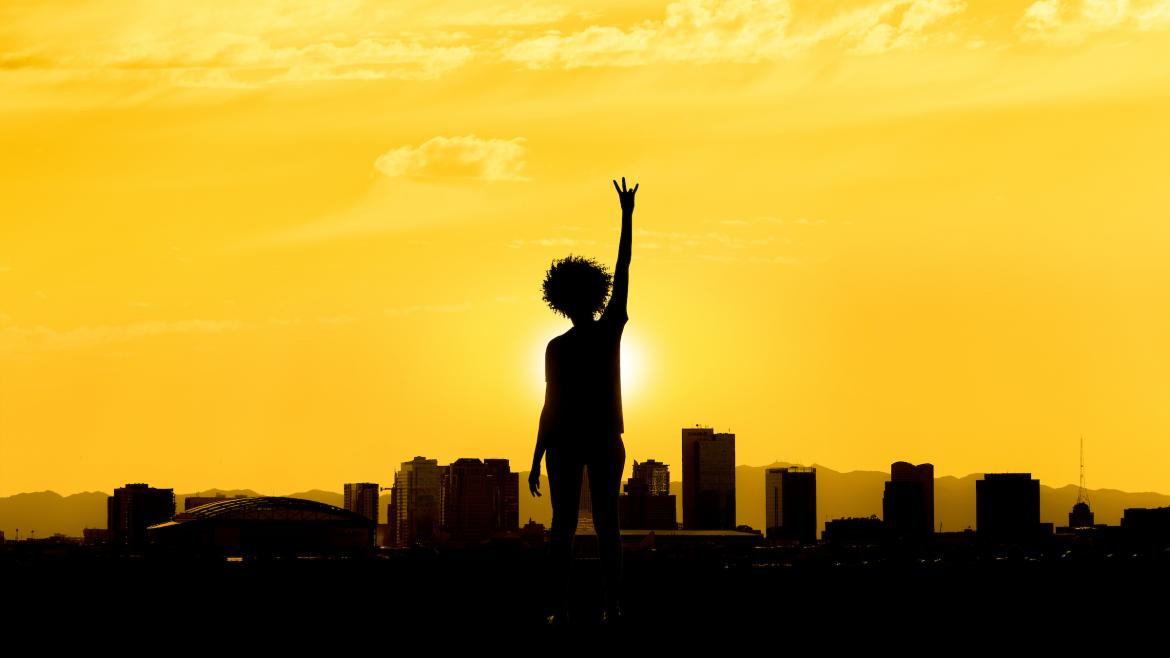 ASU has topped the most-innovative category all four years it has existed.
September 9, 2018

For the fourth year in a row, Arizona State University has been named the most innovative school in the nation, recognizing the university’s culture of groundbreaking research and partnerships, as well as its commitment to helping students thrive in college and beyond.

U.S. News and World Report has named ASU as the most innovative university all four years the category has existed. The widely publicized annual rankings by the magazine, which compares more than 1,500 institutions on a variety of metrics, was released today.

ASU again topped the list based on a survey of peers. College presidents, provosts and admissions deans around the country nominated up to 15 schools that are making the most innovative improvements to curriculum, faculty, students, campus life, technology or facilities.

“More than simply tallying the innovative things we do, this ranking recognizes ASU’s innovation mindset,” said ASU President Michael M. Crow. “It acknowledges something important about who we are and who we will continue to be: a university that brings diverse intellects together to solve the most pressing issues of our time.”

After ASU, the second and third most innovative universities were Georgia State University and the Massachusetts Institute of Technology. Georgia State, which moved up to second place after being ranked fourth last year, shares a mission with ASU of creating greater access to higher education.

As part of the University Innovation Alliance — a coalition of 11 major public research universities across the country co-founded by ASU and chaired by Crow, committed to increasing the number and diversity of college graduates in the U.S. — Georgia State has focused on helping low-income students graduate by creating a safety net of intensive advising, data analysis and targeted financial help.

Stanford University fell from second place last year to fifth this year. Rounding out the top 10 list of most innovative schools is Georgia Institute of Technology, which came in fourth, followed by Stanford, Purdue, Carnegie Mellon, Northeastern, the University of Maryland–Baltimore County and the University of Central Florida.

The magazine said it was publishing the ranking for the fourth time “so high-ranking college officials could pick schools that the public should be watching because of the cutting-edge changes being made on their campuses.”

In other U.S. News and World Report rankings:

The “most innovative school” ranking wasn’t the result of any one specific program. Innovation has become part of ASU’s culture over the years. In 2014, the Starbucks College Achievement Plan was launched, offering full tuition reimbursement to Starbucks employees who pursue an online degree through ASU. The Global Freshman Academy debuted the next year, allowing students to take online classes for a small fee and decide after completion whether they want to pay for the credits.

Last year, ASU opened the Fulton Schools Residential Community at Tooker House, a dorm for engineering students with a maker lab and “smart campus” technologies including Amazon Echo Dot devices, making it the first voice-enabled residence hall at a university.

And in an innovative relationship, ASU joined forces with the global sports apparel firm adidas to form the Global Sport Alliance and Global Sport Institute, which will explore topics including diversity and race, sustainability and human potential through sport.

The renovation of Sun Devil Stadium has been guided by the concept that the facility will be a resource for the community every day throughout the year.

ASU has broken ground in several areas over the past year:

The university built and opened its first net zero energy building — a building that uses no more energy than it creates. It is the Student Pavilion on the Tempe campus, home to offices, meeting rooms and the headquarters of the Undergraduate Student Government and the Council of Coalitions.

In partnerships, ASU has joined with the Los Angeles County Museum of Art in a new master’s fellowship designed to increase diversity among museum professionals. The first-of-its-kind, three-year program combines coursework with a job at LACMA or the ASU Art Museum in addition to mentorship by curators and faculty so students can accelerate their careers.

ASU partnered with the National World War II Museum to offer an online master’s degree in World War II studies taught by scholars from both institutions. History enthusiasts can take noncredit online courses through the program as well.

ASU is the first university to offer a virtual-reality biology lab for online students, who use headsets to manipulate DNA and complete dissections.

Earlier this year, ASU won a national award for creating a program to allow more first-generation college students to study abroad by offering scholarships and other support.

Research by ASU’s faculty and students have worked to provide real-life solutions. In the spring, students in the School of Sustainability partnered with the Arizona Diamondbacks and the Colorado Rockies in a program to get spring training fans more enthusiastic about decreasing the amount of garbage at the stadium.

Last month, an ASU team of researchers made nationwide news when they published research finding that millions of consumers are contributing to plastic pollution in the ocean by discarding contact lenses down the drain.

“This recognition is a reflection of ASU's outstanding students, faculty and staff and their innovative spirit along with their commitment to advancing knowledge to have a significant, societal impact,” said Sethuraman Panchanathan, executive vice president of Knowledge Enterprise Development and chief research and innovation officer at ASU. “ASU continues to pursue its mission of making higher education accessible at an unprecedented scale, all while maintaining the very highest levels of excellence.”

Arizona State redshirt senior quarterback Manny Wilkins was named to the Davey O'Brien Award's "Great 8" players for week two of the college football season, according to an announcement by the Davey O'Brien Foundation on Monday. ... Arizona State redshirt senior quarterback Manny Wilkins was named to the Davey O'Brien Award's "Great 8" players for week two of the college football season, according to an announcement by the Davey O'Brien Foundation on Monday.