Sen. John McCain’s support for Arizona State University is attested to by the Washington, D.C.-based institution bearing his name: The McCain Institute for International Leadership was established in 2012 with a $9 million grant to ASU from the McCain Institute Foundation.McCain died Saturday at age 81.READ: McCain’s legacy at ASU one of philanthropy and service“An American icon passed away... 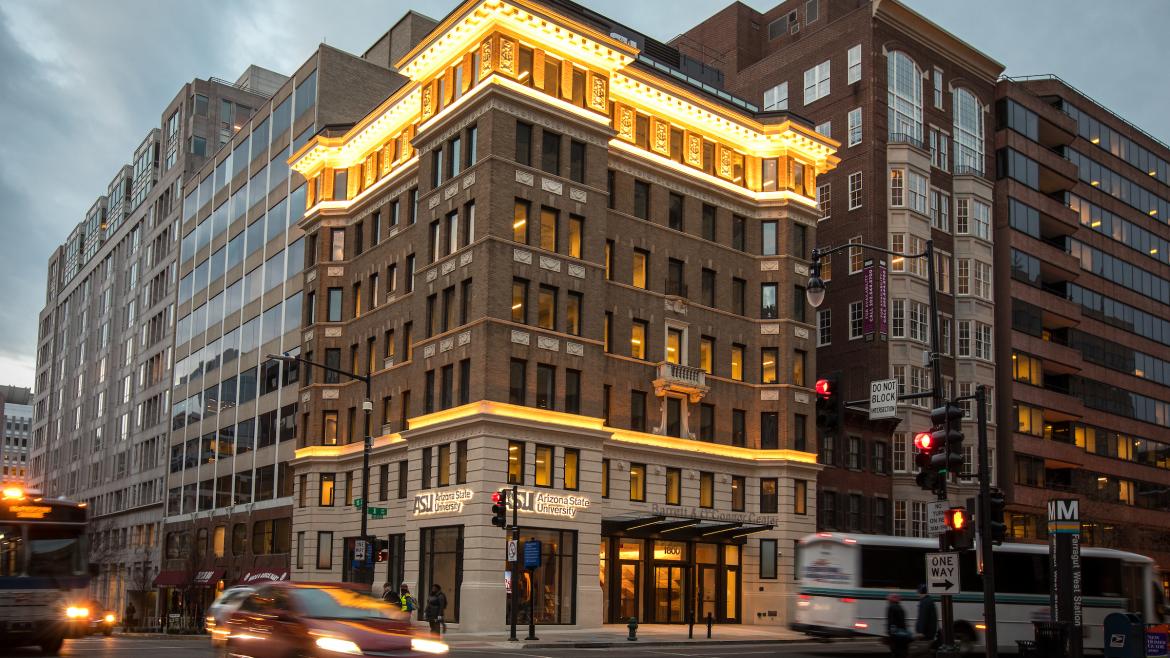 Sen. John McCain’s support for Arizona State University is attested to by the Washington, D.C.-based institution bearing his name: The McCain Institute for International Leadership was established in 2012 with a $9 million grant to ASU from the McCain Institute Foundation.

READ: McCain’s legacy at ASU one of philanthropy and service

“An American icon passed away — a leader whose life was one of national service and who exemplified courage, honor and sacrifice,” said ASU Enterprise Partners CEO R. F. “Rick” Shangraw Jr. “Sen. McCain has long been one of my heroes, and my thoughts and prayers are with his family now. He served faithfully and fearlessly. A truly great American.”

The McCain Institute promotes character-driven leadership, research and decision-making in the areas of humanitarian work, human rights and national security.

McCain and his wife, Cindy McCain, a leader in global efforts to end human trafficking and co-chair of the institute’s human trafficking advisory council, envisioned a unique think tank distinguished by its partnership with ASU’s world-class faculty, students and programming.

The senator's “character, values and example impacted the world over, with much of his immense positive influence on leaders, emerged and emerging, still to come,” said Ambassador Kurt Volker, executive director of the McCain Institute.

A core principle of the institute is its promotion of rigorous debate, an American tradition McCain proudly maintained in the U.S. House of Representatives and U.S. Senate throughout nearly four decades of service to Arizona. When the institute was established, Steve Clemons wrote in The Atlantic that McCain “... believes in the kind of rough-and-tumble politics where political actors and branches of government responsibly and vigorously compete and knock into each other … an approach to politics that is often misunderstood and should be more greatly valued.”

Since its earliest days, the institute has reflected McCain’s energetic approach to informed decision making with:

• Programs that identify and train new national security leaders, both American and international, from the public service, private enterprise and military spheres.

• The McCain Debates, a speaking series in Washington that provides an arena for experts and policy makers to debate key issues.

In establishing the institute as part of Arizona State University, McCain, a member of the ASU Leadership Society, envisioned more than a traditional think tank. He insisted that it offer an internship program for undergraduate and graduate students, a McCain Leadership Fellows Program, and a class of Next Generation McCain Fellows composed of rising national security professionals.

In September, the McCain Institute welcomed Next Generation Leaders from Albania, Belarus, Germany, Haiti, Iran, Kyrgyzstan, Latvia and Mongolia. In 2017 it hosted 20 events on human trafficking, international security and leadership, and partnered with 31 organizations in the U.S. and around the world.

Top photo: The Barrett & O'Connor Washington Center, launched in March, is the new home for the McCain Institute for International Leadership and a number of other ASU programs in Washington, D.C. Photo by Charlie Leight/ASU Now