Last week, ASU’s Imagination and Climate Futures Initiative — a partnership of the Virginia G. Piper Center for Creative Writing and the Center for Science and the Imagination — announced the winners of its Everything Change Climate Fiction Contest. The contest invited writers to explore the effects of climate change on the ground, for actual people in specific places, through all genres of fiction, ranging from science fiction and fantasy to literary, experimental and hybrid forms. The winners hail from six different countries, across four continents: 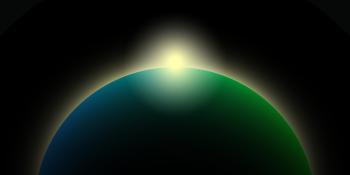 Jean McNeil, “The Most Beautiful Voyage in the World,” United Kingdom

Jean-Louis Trudel, “Losing What We Can’t Live Without,” Canada

The response to the contest was truly global: more than 540 submissions from 66 different countries. The contest was judged by science fiction novelist Kim Stanley Robinson, author of many foundational works in climate fiction (including the recent "New York 2140"), along with ASU experts in fields ranging from environmental science to creative writing.

The grand prize winner and finalist stories will be published in a free digital anthology, which will be published in fall 2018. This year’s contest is the second from the Imagination and Climate Futures Initiative; you can read the winning stories from the inaugural contest in 2016’s "Everything Change," also available for free download.

An Arizona State University economist and his co-author have won the prestigious Elsevier Atlas Award for their research paper on innovative markets for food waste. A single research paper is selected monthly from Elsevier’s 3,800 journals from across science, health and technology to be awarded the Atlas — research that could significantly impact people's lives around the world.The ...

An Arizona State University economist and his co-author have won the prestigious Elsevier Atlas Award for their research paper on innovative markets for food waste. A single research paper is selected monthly from Elsevier’s 3,800 journals from across science, health and technology to be awarded the Atlas — research that could significantly impact people's lives around the world.

The winning paper, “Food waste in the sharing economy,” published in the journal Food Policy, was written by Tim Richards, the Marvin and June Morrison Chair in Agribusiness in the Morrison School of Business at ASU’s W. P. Carey School of Business, and his colleague Steve Hamilton of California Polytechnic State University. 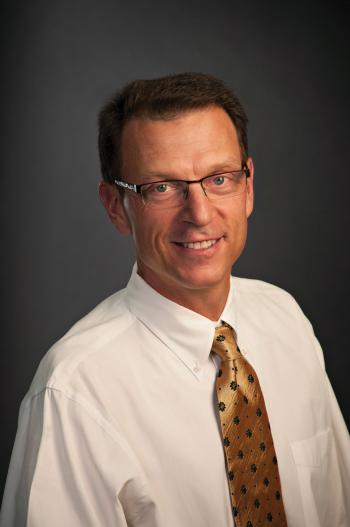 The pair analyzed ways in which sharing-economy businesses similar to Uber, Airbnb and FarmLink can reduce the amount of food that is produced that never gets eaten, currently a staggering 40 percent of food in the United States.

“Food waste occurs at virtually all stages of the supply chain from farmer, to retailer, to consumer — resulting in the disposal of potentially usable food in nearly every sector of the food system in the distribution channel between farmers and consumers,” Richards and Hamilton wrote.

The goal of their research is to find a way to match “ugly” produce with people willing to buy it. Richards says the idea is making markets out of what would otherwise be waste.

“We focused on Imperfect Produce. They’ve got an app. It’s all tech-based. There’s an app on the phone and say a farmer raises artichokes but they’ve got some that are too big or too small, or blemished — and a retailer wouldn’t take them. They click on the app and say, 'We have a bin of artichokes available.' Imperfect Produce picks it up and takes it to its warehouse in San Francisco and delivers it to its customers. They are a medium of exchange between a farmer and a buyer. It’s based in the Bay Area, but they’re growing to facilitate exchange of surplus food,” Richards told Atlas.

According to its CEO, Imperfect Produce has expanded to seven cities in its first three years and has kept more than 30 million pounds of produce from going to waste.

Richards says there are at least a dozen start-ups operating in California, and it’s catching on elsewhere. “It’s a matter of the best business models proving out and moving from coast to coast, but this really is the wave of the future,” Richards told Atlas.

“Food waste in the sharing economy” was picked as the winning article for March 2018, chosen by the 16-member Atlas advisory board.