How many events did Sun Devil Athletics host in 2017-18? How many fans attended games in Tempe? This many (hint it is a lot)...

Do sports unite or divide us? ASU panel weighs in at Mexico City event

When Jeff Kassing, an Arizona State University professor of communications, asked students in his course on the cultural significance of soccer to select and profile a historic rivalry, he expected them to choose the likes of Barça vs. Real Madrid, Boca Juniors vs. River Plate or Argentina vs. Brazil — but instead many opted for U.S. vs. Mexico. “So it was through the eyes of my students tha... 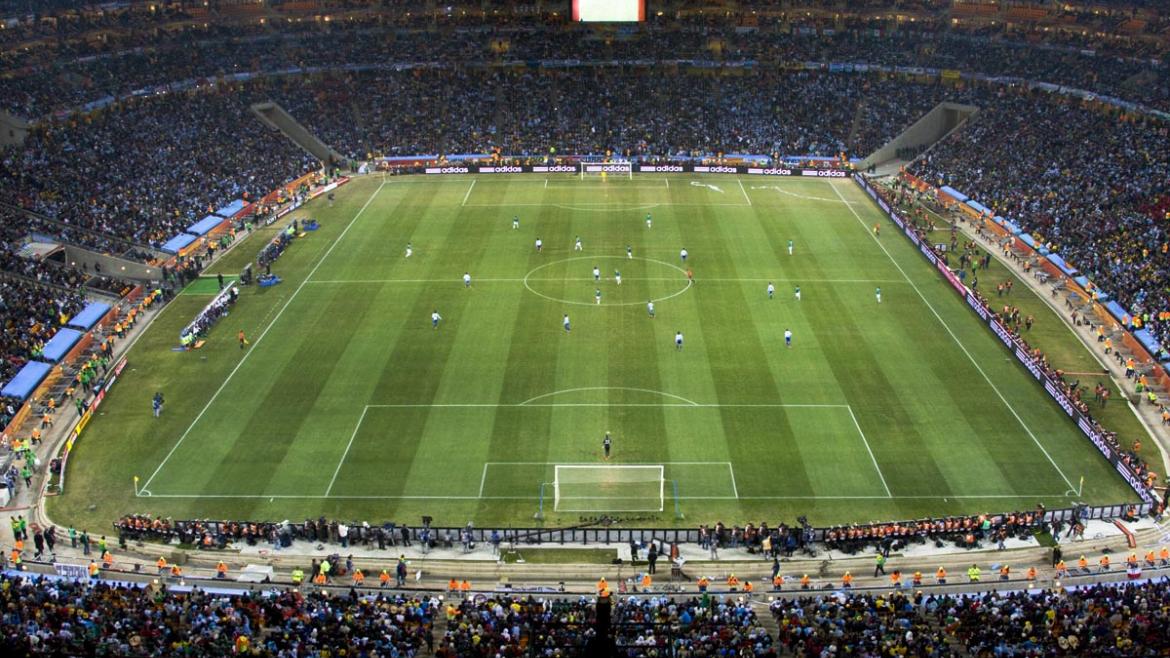 Do sports unite or divide us? ASU panel weighs in at Mexico City event

When Jeff Kassing, an Arizona State University professor of communicationsin the New College of Interdisciplinary Arts and Sciences, asked students in his course on the cultural significance of soccer to select and profile a historic rivalry, he expected them to choose the likes of Barça vs. Real Madrid, Boca Juniors vs. River Plate or Argentina vs. Brazil — but instead many opted for U.S. vs. Mexico.

“So it was through the eyes of my students that I came to understand the richness and significance of this rivalry and how it presented Mexican-Americans with an opportunity to engage their dual identities,” Kassing told an audience attending an ASU event in Mexico City three days before Sunday’s U.S.-Mexico World Cup qualifying match (spoiler alert in case you have the game on your DVR: it ended in a 1-1 tie). 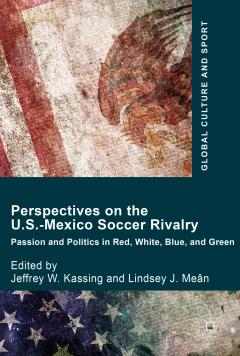 Inspired by his students, Kassing then assembled journalists and scholars from both sides of the border to explore this unique rivalry, and the larger relationship it represents, in a forthcoming book he co-edited, “Perspectives on the U.S.-Mexico Soccer Rivalry: Passion and Politics in Red, White, Blue and Green.”

Bravo, a political columnist who directs the journalism program at Mexico’s prestigious Centro de Investigación y Docencias Económicas (CIDE), said that sports fandom can often be an important source of identity for communities.

“I am a third-generation Barcelona fan, with Catalan ancestors, and that team’s slogan of ‘Mes que un club’ [‘More than a club’] says it all in terms of the cultural and political importance of the team,” Bravo said.

“I think for many of us, you can’t speak of choosing your teams. They choose you.”

He added that just like politics during the Franco dictatorship made the Barcelona-Real Madrid rivalry all the more consequential, the general perception that President Donald Trump is hostile toward Mexico has added to the passions and intensity surrounding the U.S.-Mexico rivalry for North American soccer supremacy.

Jackson told the audience that sports can be used to lure students into studying and appreciating history.

“Most students who enroll in my courses are not history majors or even enthusiasts; they’re often sports fans who need a humanities credit,” Jackson said. “I use sport as a means to uncover the broader story of time and place. We place sport in its social, cultural, economic, and political context, and explore how a sporting moment both reflects and influences the society in which it exists. Sure enough, I end up blowing a lot of minds and gaining new humanities converts. Seeing students reach that critical moment of discovery of their love of history is an experience that will never get old for me.”

In addition to getting people to appreciate history, sports can inspire social cohesion and pride in place. Cuevas, who hosts a public-radio sports broadcast across Mexico, noted that at a time when people are disenchanted with politics, sports can help fill the void.

“Rooting for the national team or our Olympians and sharing in their victories is a way for us to feel a positive form of solidarity and nationalism,” she said. 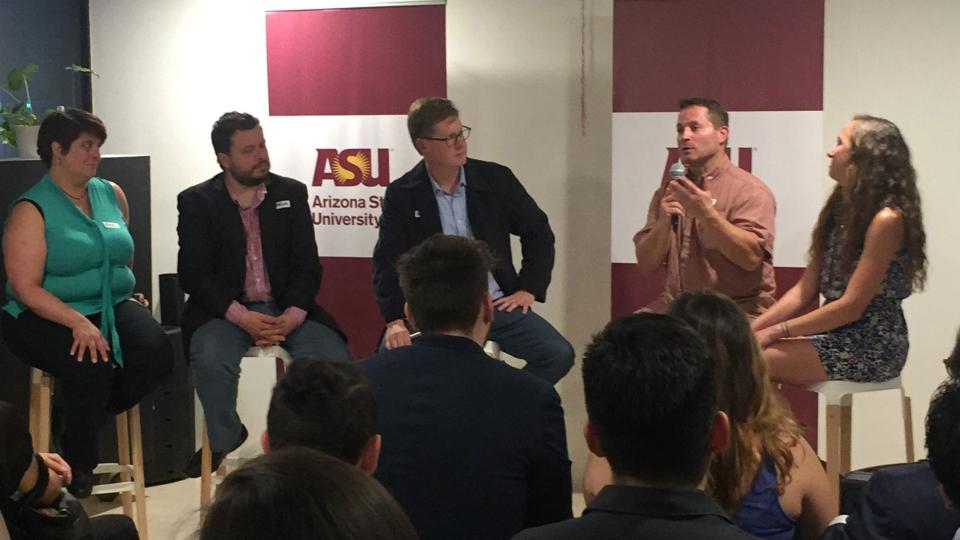 Indeed, Bravo cautioned, it’s this kind of feeling that governments often seek to exploit through sporting events that can become vehicles for propaganda. Vladimir Putin, for instance, may be a big sports fan, but his interest in the 2014 Winter Olympics in Sochi and next year’s Russian World Cup transcends sport.

“It’s about how the rest of the world perceives your country, and how your countrymen rally around the flag,” Bravo said.

Jackson pointed out that next year is the 50th anniversary of the Mexico City Olympics, which occurred as the world was convulsed by revolutionary inter-generational fervor. The Olympic Games are mostly remembered in the U.S. for the black power salute of African-American track medalists John Carlos and Tommie Smith, while in Mexico the event is remembered for the massacre of student protesters that preceded it. The authoritarian Mexican government at the time was determined to make a good impression on the world as an Olympic host and sought to quash all dissent before the arrival of foreign journalists, athletes and fans.

“My students have no idea of this horrible massacre in Mexico, but in my course I try to convey to them that it was connected to the same questioning of authority and demands for democracy that were shaking much of the world,” Jackson said.

Back on the current U.S.-Mexico soccer rivalry, Kassing observed that although all good heated rivalries contain a measure of antagonism, there’s also a certain bonding that develops over time between rivals.

“And if there is any confusion about us being in this together in North America, the 2026 World Cup should make a powerful statement,” Kassing said, as it is expected to be jointly awarded to the U.S., Mexico and Canada.

Cuevas agreed that sports can bring our countries together and listed a number of recent efforts by U.S. sports leagues to reach out to Mexican fans, including the two regular-season NBA games the Phoenix Suns played in Mexico City last January.

“I should also note that Mexico has a player in the doubles final of the prestigious Roland Garros tennis tournament this weekend, which is a big deal,” Cuevas said. “And his partner is an American.”

The engaged audience continued the conversation over refreshments after the panel discussion, and many stayed on to watch that evening’s Mexico-Honduras World Cup qualifier.

The panel was moderated by Andrés Martínez, a special adviser to ASU President Michael Crow and a professor of practice at the Cronkite School of Journalism and Mass Communication, who is curating a series of such ASU conversations in Mexico City aimed at increasing awareness of the university and its strengths among Mexican media and other influencers. The events also aim to engage with ASU alumni in Mexico City.

“I’m eager to create a steady flow of ASU faculty coming south, sharing their research insights with counterparts in Mexico, and giving Mexicans a taste of what makes ours such an innovative university,” Martinez said. “Thanks to the work of my colleague Rafael Rangel Sostmann and many others, ASU is well-known and admired among university leaders in Mexico, and now we’re also trying to expand this reputation and awareness to the broader public.”

Andrés Martínez contributed to this report. Top photo by Steve Evans (originally posted to Flickr as Inside Soccer City) [CC BY 2.0 (http://creativecommons.org/licenses/by/2.0)], via Wikimedia Commons