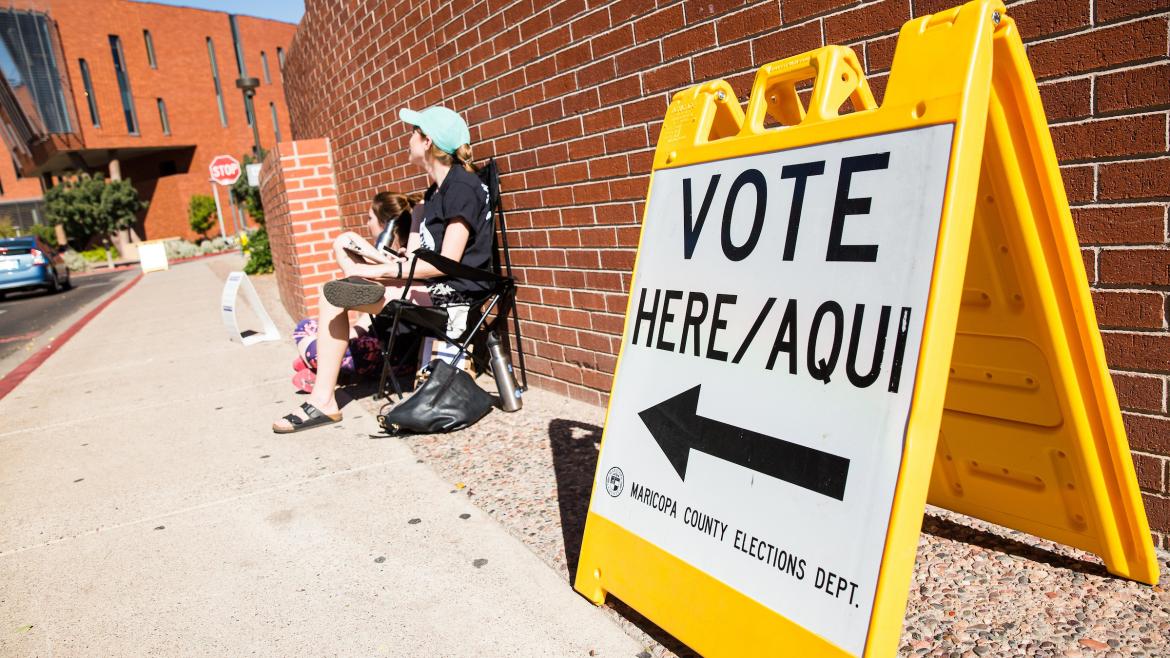 Millennials giving up their voice by not voting, ASU report finds

Millennials account for nearly a third of the voting-age population in Arizona, and yet only 19 percent of the votes cast for president in 2016 were in that age group — leaving governing decisions to a demographic of voters that is older, richer and whiter.

Whether that scenario amounts to a crisis was the topic of a panel discussion on Tuesday, sponsored by the nonpartisan Morrison Institute for Public Policy at Arizona State University and the Arizona Citizens Clean Elections Commission.

A report released this week by the institute in conjunction with the panel, “Arizona’s Voter Crisis,” outlines the voting patterns in the state, which ranks 43rd for voter turnout.

“The choice of the word ‘crisis’ is not exaggerated or selected haphazardly,” said Joseph Garcia, director of communication and community impact for the institute and one of the authors of the report.

“There’s no guarantee that the younger people who aren’t voting today will suddenly become voters. Voting is a habit. How do we change that?”

Among the points made in the report are:

“In short, older adults have a disproportionate say in the state’s political decisions as young adults choose not to exercise their right to vote,” said David Daugherty, a senior research fellow at the Morrison Institute and the other author of the report.

Overall voting rates are even lower in primary races. In the 2016 primary, only 29 percent of registered voters in Arizona participated.

Garcia said that primaries in Arizona are often the “de facto” general election.

“In districts where there is very little competition because they are overwhelmingly Democratic or Republican, the primary decides who will advance to the general election, where there is little or no challenge from the other party,” he said. 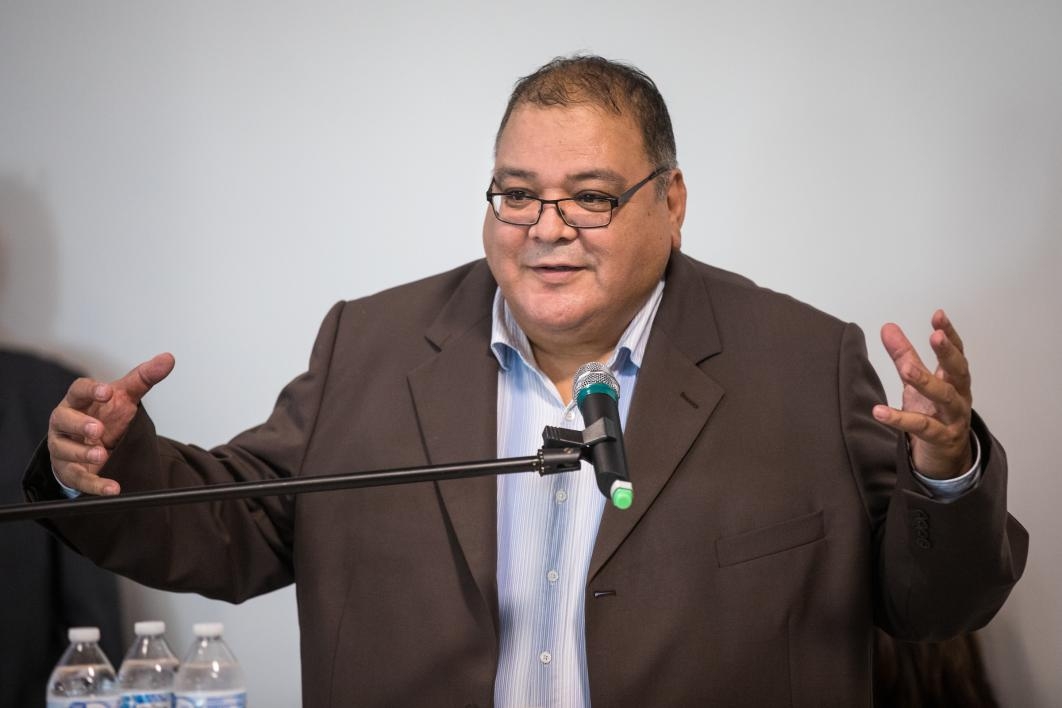 Joseph Garcia, director of communication and community impact at the Morrison Institute for Public Policy at ASU, discussed the research in the report he co-authored, "Arizona's Voter Crisis," at a panel also sponsored by the Arizona Citizens Clean Elections Commission at the Westward Ho in downtown Phoenix on Tuesday. 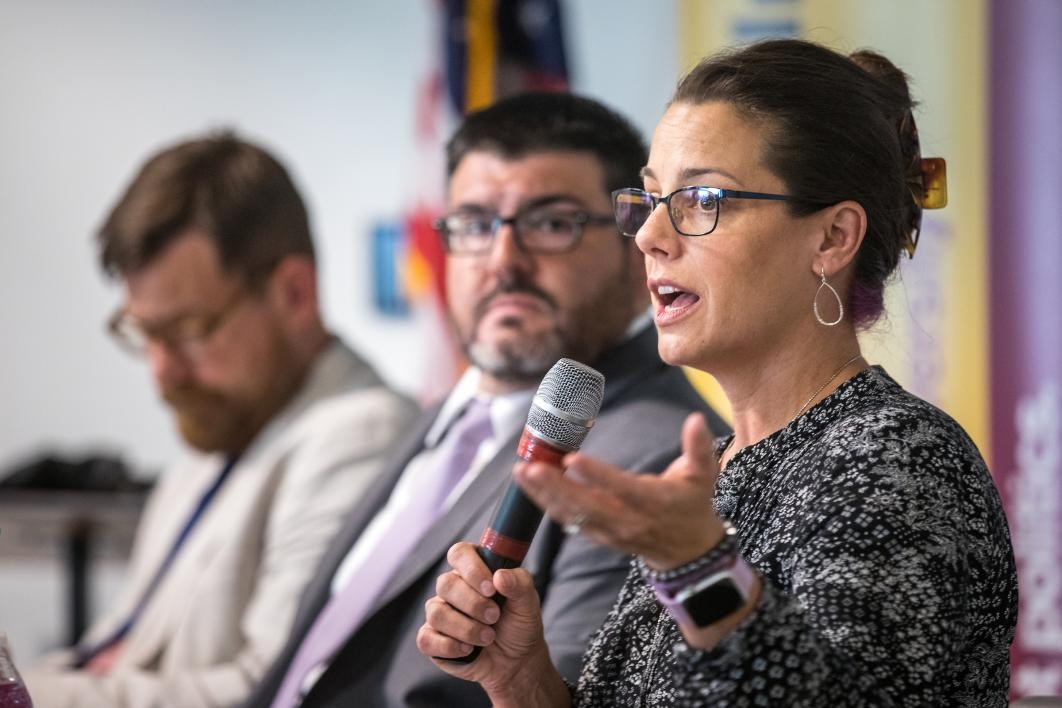 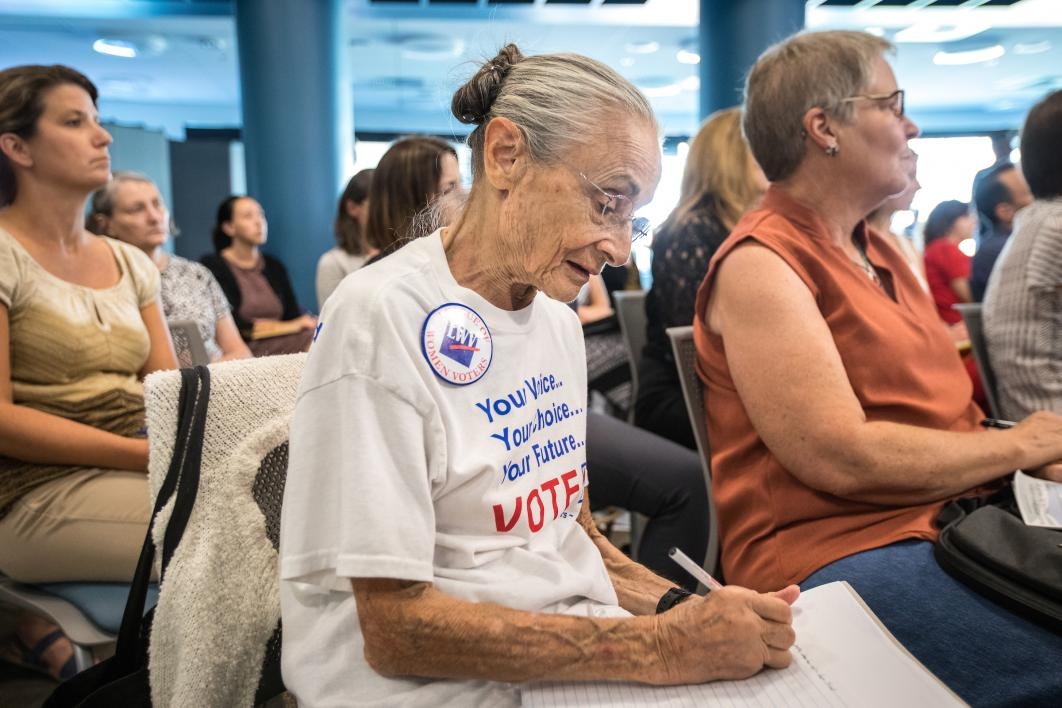 Rivko Knox, with the League of Women Voters, takes notes at the Morrison Institute for Public Policy presentation of its research on Arizona's Voter Crisis at the Westward Ho in downtown Phoenix on Tuesday.

Daugherty said that voters know that local elections will have a direct effect on their everyday lives, but in the 2015 Phoenix mayoral and city council races, only 21 percent of registered voters cast a ballot.

Other factors are that voter turnout is lower among nonwhite people, who are becoming a larger share of the Arizona population, and among people with less education. The state’s bachelor degree attainment rate is 28 percent, compared with the nationwide level of 30 percent.

Not everyone believes that low voter turnout is a crisis. Paul Avelar, managing attorney of the Institute for Justice Arizona office, was a panelist at the Tuesday event and said that the trend is stable.

“The term ‘crisis’ strikes me as hyperbolic and fake-newsy,” he said.

“Years ago it was still the case that the electorate was older, whiter and richer. That’s not a recent change. We’ve still muddled through. We can not like it and still realize it’s not a crisis.”

Tom Collins, executive director of the Arizona Citizens Clean Elections Commission, said that “crisis” also can refer to a longstanding but alarming scenario. 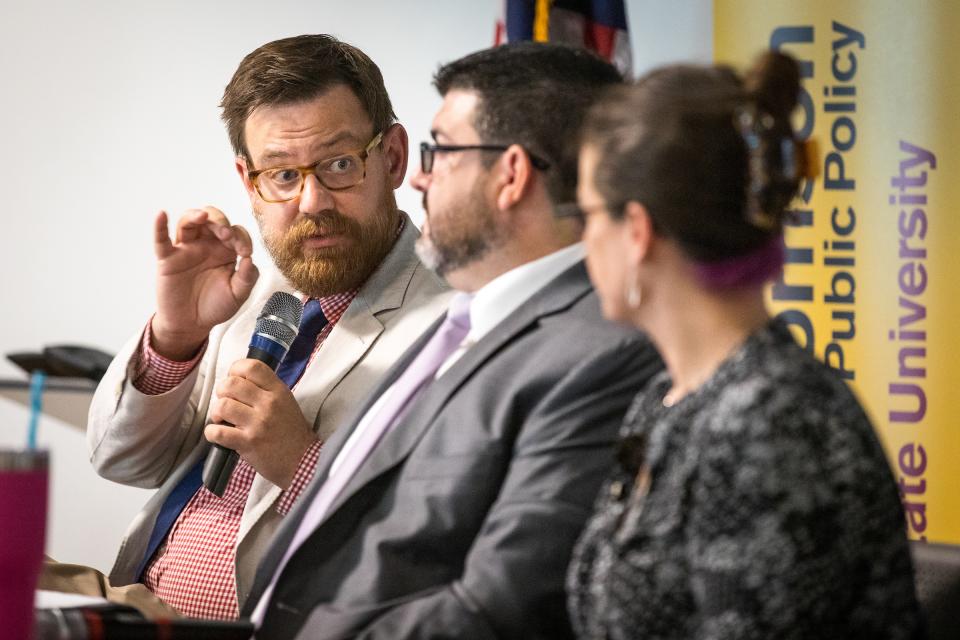 “I used to be a public defender and I had a significant number of clients charged with crimes related to opioid addiction, one way or another, and that was in 2010,” he said. “In 2018, we see public health officials describing the opioid crisis. You can look at the status quo and say, ‘It’s problematic.’”

Amy Chan, a Republican member of the Citizens Clean Elections Commission and the third panelist, said that she’s especially disappointed in the abysmally low primary turnout.

“Maybe 100 percent turnout is unrealistic, but it’s valuable to strive toward that,” she said.

“Independents don’t have the clout their numbers would dictate because their voting frequency is lower,” Garcia said.

Avelar said that there are few get-out-the-vote efforts directed toward independents.

“No one in this world tries to get out generic voters — they try to get out their own voters because elections are about winning,” he said.

But Collins said it doesn’t have to be that way.

“The more folks withdraw from parties, the less likely they are to turn in ballots or early ballots,” he said. “As a practical matter, if you believe everybody should participate, there should be ways to compensate for that.”

The experts agreed that lack of information isn’t driving low turnout, but lack of time and interest is. A Morrison Institute poll found that “no time/too busy” was the most frequently cited response by people who skipped voting, followed by “out of town” and “didn’t want to.”

Chan, the former state election director, said that she gets it.

“I feel I’m very educated on federal and statewide elections and my legislative and ballot issues,” she said. “But when it comes to the water board, and the different county things, there are some things I have a hard time educating myself on.”

Garcia said that simply offering a mass of information to unknowledgeable or new voters is like expecting someone who doesn't watch TV to understand the show “Game of Thrones.”

“We have a Facebook chat bot and voter dashboard that individualizes your experience getting information about your candidates,” he said.

“We’re in the process of developing a candidate compass tool that ties issues you care about to the candidates.

“I think these efforts are ways of cutting through some of the noise.”

Top photo: Students could vote in the 2016 presidential election at the Sun Devil Fitness Center on the Tempe Campus. Photo by Deanna Dent/ASU Now

Arizona State sophomore running back Eno Benjamin has been named a preseason candidate for the Doak Walker Award. ... Arizona State sophomore running back Eno Benjamin has been named a preseason candidate for the Doak Walker Award.