The lack of research in humanitarian settings magnifies natural and human-made disasters. An Arizona State University professor’s work aims to change that.

The Defense Advanced Research Projects Agency (DARPA) recently awarded Mahyar Eftekhar, an assistant professor of supply chain management at the W. P. Carey School of Business, the 2018 Young Faculty Award (YFA). The award identifies rising research stars in U.S. academic institutions and introduces them to topics and issues of interest to the Department of Defense; it will support his work, concentrating on nonprofit operations management and humanitarian logistics. 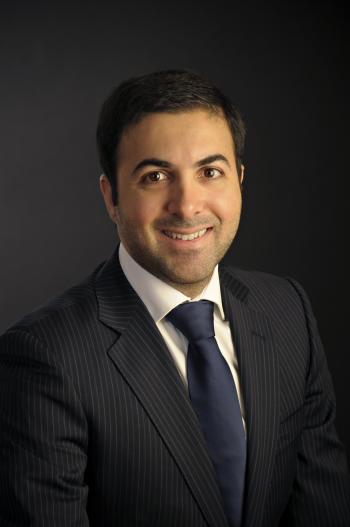 For two years, DARPA is funding Eftekhar’s research, which is aimed at coordinating disaster relief operations. If successful, humanitarian organizations and government entities could share resources to effectively and efficiently respond to disasters.

“While both humanitarian organizations and government entities such as military forces are involved in disaster relief, the relationship between the two is neither adversarial nor cooperative, and is seen as insurmountable,” Eftekhar said.

“The results of these studies are not applicable in humanitarian settings because humanitarian organizations encounter a different set of challenges, limitations, and incentives, Eftekhar explained. “It is important to highlight that developing coordination mechanisms without an analysis of the drivers of coordination decisions and understanding the incentives/disincentives behind it may not be credible. This means that we need to learn the context of humanitarian logistics very well before jumping into mechanism design. I hope my research fills this gap.”

“I am truly honored that my works have received this attention from DARPA, and I am looking forward to communicating the results of the research with practitioners and policymakers in the humanitarian sector,” Eftekhar said.

“I believe the results of our work can be adapted to many other nonprofit sectors,” he said. “Having said that, my main goal is to improve the resilience of humanitarian supply chain in response to rapid-onset disasters.”

“DARPA funds some of the most interesting research in the Department of Defense – high-risk, high-reward, with game-changing impact,” said Jamie Winterton, chair of the DARPA Working Group at ASU’s Global Security Initiative. “Mahyar’s work, recognized by this prestigious award, has the potential to radically improve our approach to disaster relief and humanitarian assistance.”

A new study on ancient cultures in Peru has found the most effective growth strategy for leaders of some early city-states was not coercion through law or force, but the hosting of large feasts and inviting diverse swaths of people outside their own network to partake.But are parties really an important part of human culture and evolution, even for us today? Or just an interesting diversion? Kelly...

Food, celebrations and an affinity for connecting with strangers may be the answer, at least according to the archeological record

A new study on ancient cultures in Peru has found the most effective growth strategy for leaders of some early city-states was not coercion through law or force, but the hosting of large feasts and inviting diverse swaths of people outside their own network to partake.

But are parties really an important part of human culture and evolution, even for us today? Or just an interesting diversion? Kelly Knudson, a bioarcheologist, professor in Arizona State University's School of Human Evolution and Social Change and director of its Center for Bioarchaeological Research, and an author on the multi-institutional study, firmly believes it’s the former. 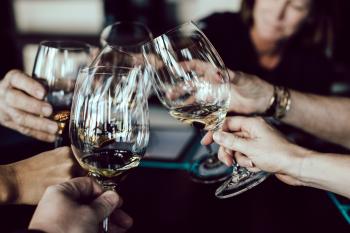 Case in point is Paracas — an ancient coastal group that was the first in the region to flourish and become highly complex, despite the lack of formal governance entities or functions seen in later societies — and a sunken ceremonial court called Cerro del Gentil. Set aside from residential areas and rich with archeological evidence, the court is suspected to have been the group’s main gathering place for feasting and celebration.

Inside are vast caches of organic objects, including food remains, frequently refilled large quantity drinking vessels, high-value items likely offered as a tribute, and even human remains — possibly placed as a form of reverence.

“There’s no doubt that Cerro del Gentil was a place of celebration for large amounts of people and a testament to the success of its early organizers,” Knudson said. “We think the feasts held there likely provided some of the first incentives for pilgrimage, support and partnership with those leaders in societies that had no other methods of complex, overt control.”

But a bigger question posed by the study’s lead authors, project and excavation directors Chip Stanish and Henry Tantalean, was how did organizers build the capacity feast in the first place?

Did the organizers of Cerro del Gentil have some sort of advantage or unique scenario that allowed them to obtain economic and cultural success in a small, cloistered community — a self-made success story of sorts? Or did its leaders openly invite others and share whatever limited resources they had initially and then through the years, scaled up this approach in scope and intensity as a result of the influence these events bought them?

Holding a feast requires a surplus of goods, a process made much easier through collective action and cooperation at scale — which would seem to suggest the former, Kudson said. But to be sure, these scientists needed to confirm where these items from Cerro del Gentil came from.

One way to do that was an analysis of their strontium compositions. All materials have different profiles of this isotope linked to the soil and bedrock at their place of origin. These variations makes it possible to see where naturally occurring items come from geographically, as well as organic materials like plants, animals and people, who take in these elements through the food chain.

“For a long time, archaeologists could only assume the origins of an object based on style or where it was found, but now we can trace the movement of plants and animals and artifacts through their chemical signatures,” Knudson said.

Organic and inorganic samples collected from Cerro del Gentil were prepared at Knudson’s Archaeological Chemistry Laboratory, where they were chemically cleaned then burned at 800 degrees for more than 10 hours to reduce them to ash. The prepped samples were analyzed at the W. M. Keck Foundation Laboratory for Environmental Biogeochemistry at ASU, in device called a mass spectrometer, for a final reading.

Results from Cerro del Gentil were then compared to previously collected and processed samples a nearby site called Pampa de los Gentiles.

“Both structures were physically and environmentally similar and were built by local communities approximately the same distance from the ocean, but Pampa de los Gentiles doesn’t have any evidence for exotic goods in the tombs or lots of trading.” Knudson said. “Our samples there were also chosen from a period of unrest that would have limited travel outside the community, forcing any success or surplus to come from within."

Cerro del Gentil’s earlier inhabitation faced no such political climate, allowing the option for more socialization if residents desired. And its greatly enhanced volume as well as diversity of goods and remains — from highlands, valleys and coasts, as indicated by their strontium readings — indicates its success could only have been tied to a focus on growing a network of outbound influence and inbound visitors and resources; all of whom also received some mutual benefit for their participation.

“This helps confirm that local cooperative groups tend to stay small in human history while successful regional and state formations all came about from networking across diversity — in this case, geographical distances — and securing buy in for a common cause,” Knudson said. “It’s a lesson mirrored accord the world throughout time and still engrained in our best leaders and influencers today — whether you’re building a friendship, a community, or something much bigger.”