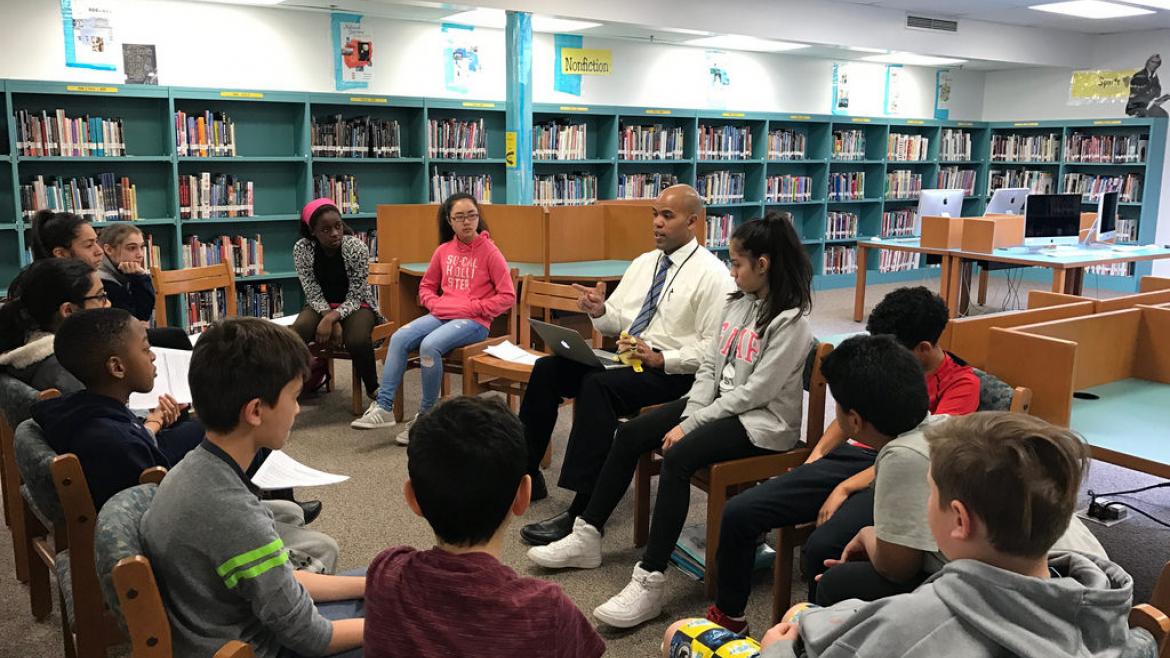 In the 19 years since the Columbine High School massacreThis school shooting, which took place on April 20, 1999, in Columbine, Colorado, claimed the lives of 15 people and injured an additional 24. , federal, state and local authorities have responded to the threat of school violence by implementing a number of security approaches. Despite their best efforts, K–12 public school shootings still occur on a regular basis; more than 215,000 students have experienced gun violence at school since Columbine.

In an effort to respond to the latest school shootings, districts are increasingly staking their hopes on high-tech security systems originally developed for the military, police and private industry. Many public schools now have resource officers, metal detectors, security cameras, lockdown drills and active-shooter training, and they have expanded mental health screening and on-campus counseling.

While all of those measures are necessary, they’re still not sufficient, said Carl Hermanns, a clinical associate professor in the Mary Lou Fulton Teachers College at Arizona State University. Prior to coming to ASU, Hermanns served as a teacher, principal and assistant superintendent in California and Oregon public schools.

Hermanns believes that “restorative justice,” which supports students and teachers to thrive in a culture and climate of safety, respect and emotional support, can help diminish the possibility of targeted violence in schools.

ASU Now spoke to Hermanns about this transformative mindset, which is starting to catch on in public schools around the nation. 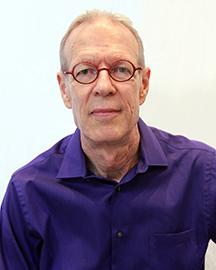 Question: Let’s define for readers what restorative justice is and what it looks like.

Answer: Restorative justice encompasses both mindsets and practices that center on nurturing authentic relationships within a safe, rigorous and caring school community. The end result, when done well, is a transformation of school culture where teachers and students alike feel a sense of belongingness, connection and responsibility for the school community.

More specifically, supportive school discipline approaches such as restorative justice create the conditions to move past punitive punishment in many situations and toward mutual accountability and individual responsibility for collectively repairing harm, restoring relationships and strengthening the school community.

When restorative justice is implemented well, the data indicates that suspensions are reduced, disproportionality is reduced and academic achievement often improves overall, and the research and our experience suggest that those results obtain because when restorative justice is implemented well, discipline becomes just a small part of the picture, because it’s really about a shift in school culture generally.

And it’s important to note that restorative justice is not a silver bullet, and it is not a program that can simply be plugged in — it’s about changing mindsets and practices, and that takes intentional and sustained practice on the part of both adults and students, in the context of supportive school structures and adequate resources, in order to build and sustain the kind of safe, caring and respectful school culture and climate we all want.

Q: How can restorative justice play a role in school shootings?

A: To answer that, let’s step back for a minute and consider what we know about school shootings. First, when you consider the data on school shootings for the last 19 years, from Columbine through Santa Fe, the fact is that out of approximately 50 million K–12 students, less than one-half of 1 percent of students and adults have been killed or injured in school shootings. So statistically, schools are one of the safest places you can be. But it doesn’t feel that way.

Ever since Columbine, due to the random nature of school shootings and the horrific consequences of those shootings, those of us in schools have felt frightened by the possibility that it could happen in any school, at any time. And as a result, we’ve instituted a number of measures since 1999 to try to stop, or at least minimize the effect of school shootings. We increased the number of school resource officers in schools, added more secure campus entrances at most schools and metal detectors at some schools, implemented safety and active-shooter drills, and installed security cameras and increasingly sophisticated high-tech security systems. And yet the data does not indicate that those measures are working overall. They are necessary, because we have to do something to mitigate the danger, but they are clearly not sufficient.

So what else can we do? To answer that, it’s useful to go back to the 2004 Threat Assessment Guidelines report, which was a joint effort of the Secret Service and the U.S. Department of Education. When you read that document, you can make the argument that we implemented the operational and structural threat-assessment processes and procedures around identifying and stopping a student who may be ready to go off, but we didn’t prioritize the cultural aspects, that while more complex to implement, are actually the aspects that the document positions as essential for mitigating school violence. For example, here are two direct quotes from the Threat Assessment Guidelines:

One last piece of data — when the Secret Service and USDOE were trying to understand school shootings, one thing they discovered is that in most school shootings, at least a few other kids knew or suspected it was going to happen. But in the cases they studied, none of the students who knew about it contacted an adult in advance.

And that is one way in which restorative justice can contribute to school safety with regard to school shootings. Restorative justice, as I mentioned previously, is centered on proactively creating and sustaining authentic relationships and a sense of belonging, connection and community. And the sense of belonging and connection is what the research, and our own experience, suggest can be our best defense against school shootings. Because when kids feel connected, and truly feel like they belong in the school as a part of a caring school community, they will let us know if something is going down, or might be going down, that could endanger the community.

Q: It sounds like students treating each other with respect is a big component of restorative justice; because child and teenage brains aren’t fully developed, that’s not always a given. So how do you teach them those skills?

A: In the context of restorative justice, it is a function of how we proactively create a sense of belonging and community among our kids and between the kids and the adults in schools. One way that’s been around in different forms for many years is to make the time for students and teachers to connect with each other systematically and at regular intervals. In restorative justice, it’s referred to as circles, but the basic idea is also reflected in morning meetings, advisory or any kind of structure that creates the conditions for students and teachers to talk and connect.

When students get to share their lives, their joys, their fears and their feelings with their peers and teachers in circle, it leads to the development of authentic relationships, belonging and empathy — a community in which we really know each other and really care. And as any fourth-grade — or any other grade —  teacher would probably tell you, that’s not going to magically make best friends out of everyone, but when that kind of opportunity is consistently happening, it does help to create caring communities where the kids can practice — and the teachers and administrators can model — empathy, respect and care. Kids want to connect and tell us how they feel; we just need to give them the chance to do so.

Q: It sounds like restorative justice has elements of community policing in that in theory it’s preventative but hard to measure.

A: I think that’s probably right. Although I’m not an expert on community policing, it’s my understanding that a basic component of it is creating trust and developing relationships within the community, and then working proactively with the community to prevent crime and enhance a safe and connected community environment. So with respect to a proactive effort to create relationships, connection and community in order to develop and nurture safe and caring school cultures and climates and prevent disruptions and consequences that negatively affect students and teachers alike, I think it could be similar dynamics.

As for measurement, I don’t know how that plays out in community policing, but I do know that when restorative justice is implemented well, research indicates that suspensions and disproportionality decrease and school culture and climate improve.

Editor's note: The archery team is one of more than 800 student organizations that will be represented at Passport to ASU on Aug. 15, where students can explore all that campus life has to offer. Students can also explore clubs and teams at SunDevilSync.ASU’s archery team brought home the gold at the National Outdoor Collegiate Championships earlier this summer.The six-person team entered three ...

Editor's note: The archery team is one of more than 800 student organizations that will be represented at Passport to ASU on Aug. 15, where students can explore all that campus life has to offer. Students can also explore clubs and teams at SunDevilSync. 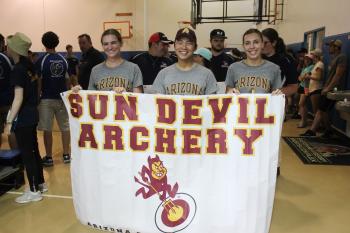 The six-person team entered three archers into the May 17 competition: sophomore Molly Nugent and senior Nathan Yamaguchi, both marketing majors in the W. P. Carey School of Business, and junior Stephanie Phlipot, a microbiology and biochemistry double major in the College of Liberal Arts and Sciences.

Yamaguchi said that although the team is small compared with other schools from around the country, they keep up when it comes to scores.

“What we lack in numbers, we make up for in quality,” he said.

The team did well despite scattered storms at the tournament, which was held in Newberry, Florida. And getting to connect with fellow archers is a unique experience.

“Many of the competitors you will meet again and again, so you get to know so many people from around the country and around the world,” Nugent said. “I like the fact that we’re such a tight-knit group because someone is always willing to lend a hand.”

Competitions also allow archers to work as a team, rather than as individuals. 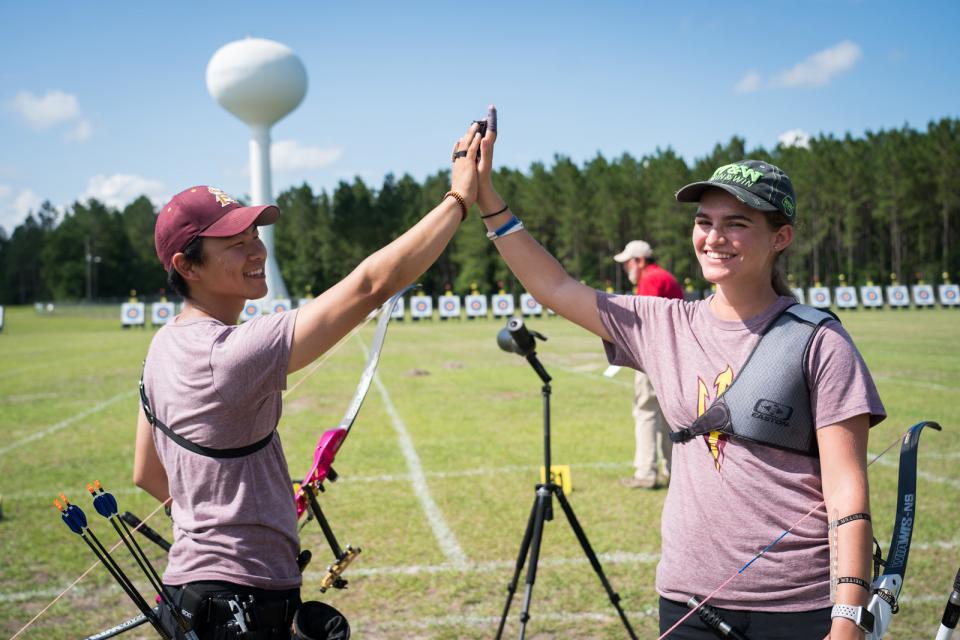 “College archery is unique in that it promotes more team camaraderie,” Phlipot said. “You get to cheer on your teammates and represent a team.”

For Yamaguchi, college archery has given him the chance to fall back in love with the sport. After practicing at the Olympic training center, he said the sport began to feel more like a job.

“Being able to compete with people who shoot purely for the love of the sport is something that really changed the way that I view competitions,” Yamaguchi said. “I’m having more fun now than I ever had before.”